Finding The Metagame In Atlantic City

While visiting Atlantic City’s greige boardwalk last Sunday, I set foot in my very first casino, a come-as-you-are joint called Bally’s with years’ worth of cigarette smoke ground into its red carpet. It was Easter — not a great day to commune with sin — but a day off nonetheless. Passing the ringing slot machines, I sat down at an empty $7 Blackjack table stewarded by an older grey-haired woman. She slid her hand across the felt with the grace of an ASMR YouTuber and dealt me my first hand. I knew how to play Blackjack, but I had not yet considered that Blackjack’s basic mechanics are only a small part of the game I had to play.

In its purest form, Blackjack isn’t top-tier entertainment. I’m used to having the opportunity to command twenty-person raids against huge, crystalline monsters or a battalion of anime babes in strategy warfare available to me on a setup just ten feet from my bed, so the prospect of guessing whether playing cards will add up to 21 is not very seductive. I’m apparently not alone in thinking this. Hand-wringing headlines every couple of months warn that millennials like myself will be the death of casinos, and consequently, of Atlantic City. We don’t gamble.

Some say it’s because of our spoiled attention spans. Maybe it’s our utter lack of disposable income. Others say we just find it boring and unengaging.

Without the pomp and circumstance, casino Blackjack would have been boring and unengaging, at least for me. When the brain isn’t stimulated or intrigued enough, I believe it creates its own challenges.

As I picked up more strategy, like always “splitting” two eights, and as I won and lost money, I began to form new goals beyond simply experiencing Blackjack in Atlantic City. There’s the metagame. At first, it’s as basic as employing strategy to maximise wins and minimise losses. That’s an obvious next step, and a recognisable one for any gamer who, say, wants to quickly defeat a tough role-playing game boss while retaining as many stocks as possible for challenges ahead. As I grasped more and more of Blackjack, the organic game melted away and new goalposts emerged. 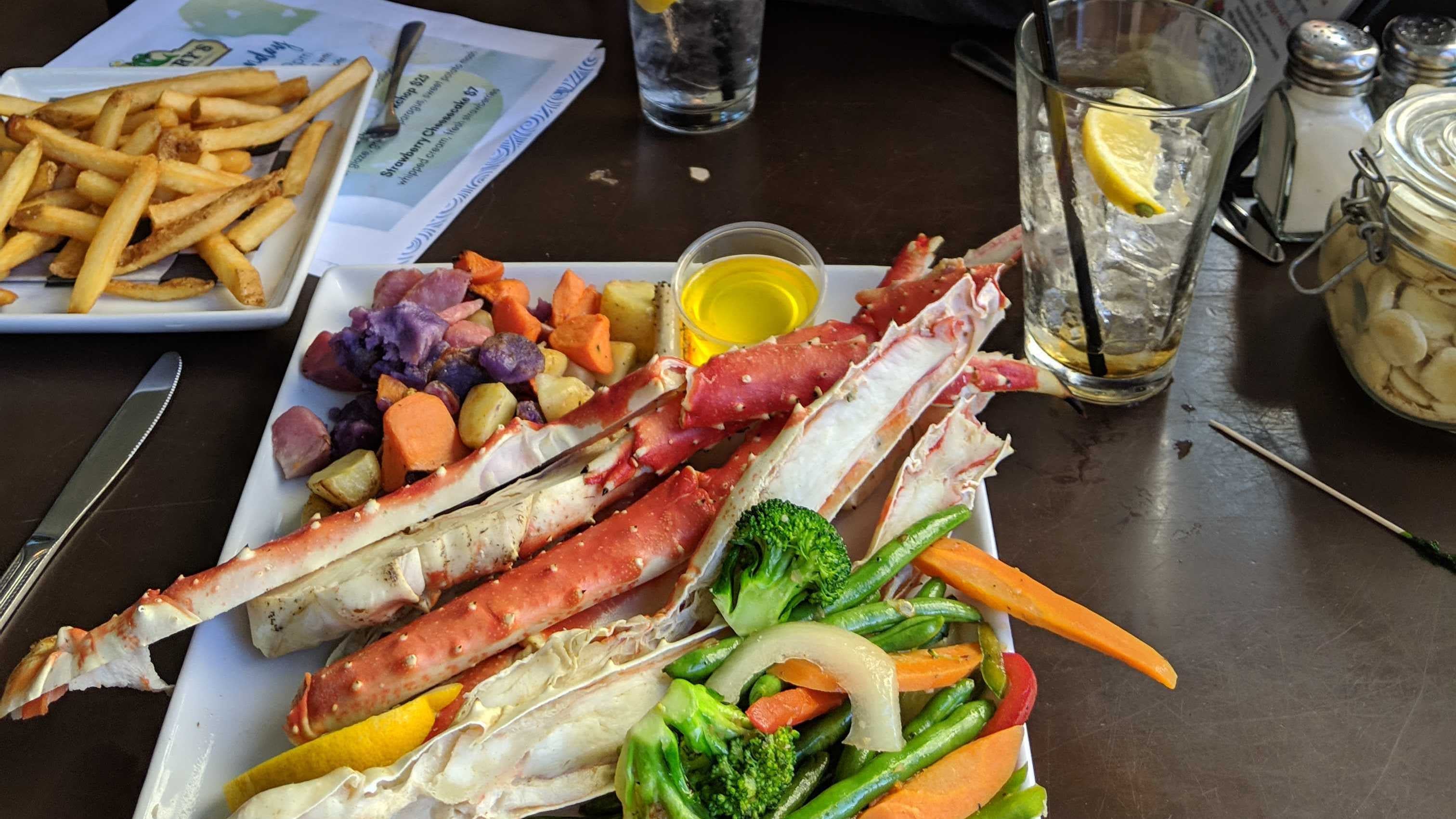 I had bought twenty dollars’ worth of chips twice, and after a stinging streak of losses, I began to gain momentum again. I hit on a 16 in an uncertain situation, a move that made my new tablemates cluck their tongues at me, but it was worth it: Blackjack. Over time, I grew and grew my pile of chips until I was up $80. Then, just an hour in, I stopped. That’s because a new metagame had emerged over the last one: Earning enough money to buy myself $80 worth of crab legs. Leaving high and extending the classic “Atlantic City” experience into free, overpriced seafood would be the sweetest and most extravagant reward. I did exactly that.

As I ate my stringy, tasteless crab legs, I thought about how the casino experience is an open-world game with similar metagaming possibilities. It provides ways for players to continually buy in, not just financially but emotionally and intellectually, and raise the stakes of gameplay. Casinos know this, of course. All the time, they offer reward programs, dangling free hotel rooms and steak dinners in front of patrons who spend enough money. In some instances, Las Vegas casinos would offer flights, hospitality and meals to tourists who promise to gamble a certain amount of money—and if they didn’t, they’d lose their shirt. So thus the game expands.

Of course, the casino metagame doesn’t usually come from a positive place, even though participating in it feels tantalising. With uncomfortable laughter, my father used to describe his father’s gambling habits and how, eventually, that habit led him to squander away everything. The high was high, though, while it lasted. Pastel convertibles. Secret and sudden trips to Puerto Rico (“I’m just going around the corner to grab some smokes”).

Late nights with the boys and some “white ones” (my grandfather’s term for vodka). The game of Poker wasn’t enough; it was about preserving and amplifying the winner’s lifestyle. But eventually, as it is for many, the metagame became paying back debt.

I kept my metagame’s win conditions small and forgiving. Next time, though, if I’m less lucky, the metagame that emerges could be minimising loss or, if I’ve had a few drinks, convincing myself to stop.