Saga Is Officially Entering Its Endgame

Brian K. Vaughan and Fiona Staples’ groundbreaking sci-fi epic Saga has been, err, well.. a saga. But all things have an end, and now we know that Saga itself is beginning the path to its own — it’s just going to be a little while until we get there.

Saga entered hiatus in the middle of last year after issue 54, which dealt with a game-changing evolution of the series’ dynamic while Vaughan and Staples took a pause to reflect, recharge, and prepare for journeys to come in the world of Alanna, Hazel, and Marko’s quest to survive. But part of that preparation is the confirmation that Saga has a definitive endpoint: and Saga #54 is the exact half way point until we reach it. 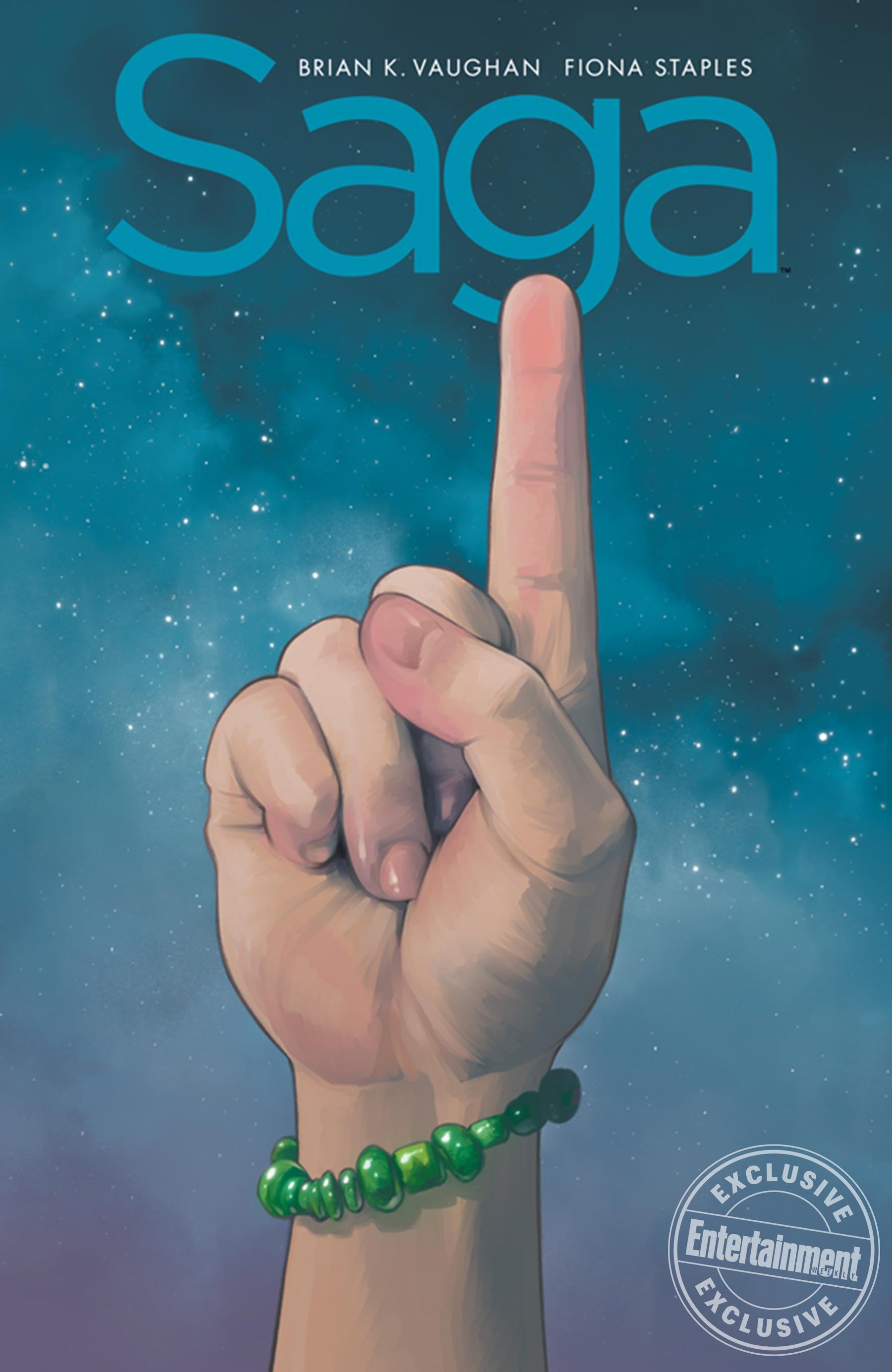 Speaking to Entertainment Weekly about the upcoming release of Saga: Compendium One, a new hardback release of all 54 issues released so far, Vaughan confirmed that Saga will end after 108 issues, a number that has been in the plans for the series since it first began:

Fiona and I are excited to finally share with everyone that this compendium represents the first half of our story, a planned 108-issue epic! We’re so grateful to our amazing readers for their support and patience, and we hope this compendium will be the perfect holiday gift to help introduce your loved ones to the continuing adventures of Hazel and her star-crossed family.

Although we now know we’re entering the back half of the series—and that there is a definitive endpoint for the series—it’s hard to say just when we’ll actually reach there. It took six years for the first half of this journey to unfold, and we still don’t know exactly when Staples and Vaughan will return to continue it (although they had previously said that the current hiatus will last around a year).

But still, you can prepare yourselves accordingly: there will be an ending to Saga, eventually. It’s coming, and the moment has been prepared for. In the meantime, Image will release Saga: Compendium One on October 16.