There hasn’t been much to complain about in Destiny 2 recently, which is perhaps why Bungie decided to spice things up yesterday and announce plans to weaken some of the game’s most useful gear, including Whisper of the Worm and Sleeper Simulant. Players are… well… let’s take a look at the Destiny subreddit. 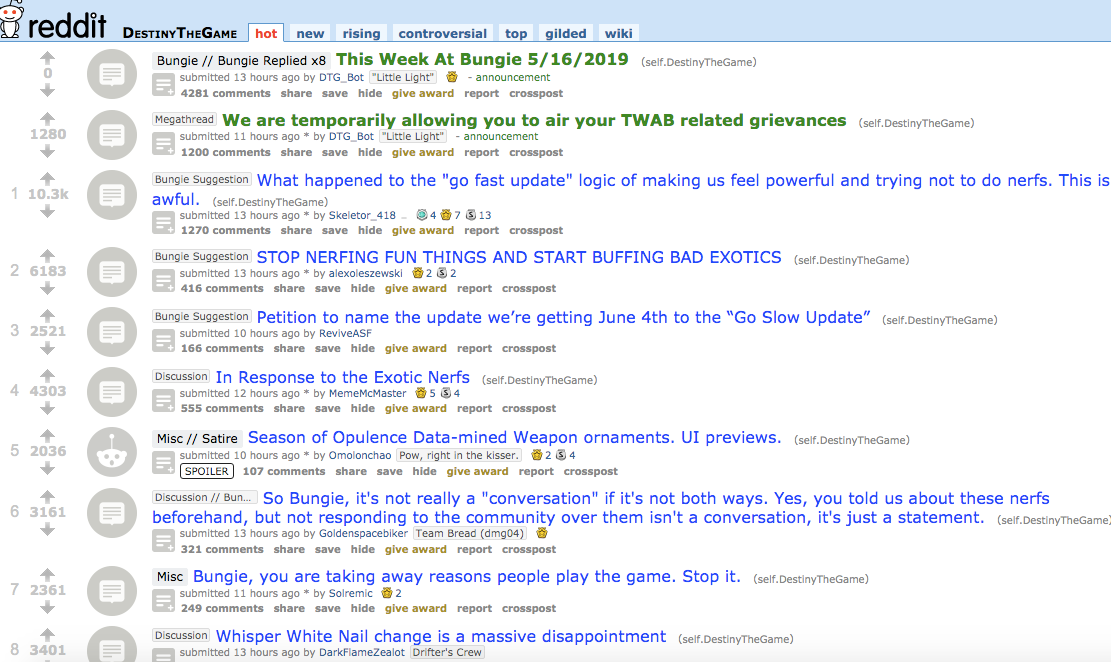 The chaos started when Bungie put up its weekly blog post yesterday, previewing some of the changes that will hit Destiny 2 alongside the newest content update, Season of Opulence, which goes live on June 4.

“For Season of Opulence, several notable weapons are being adjusted,” Bungie’s blogspeople wrote.

“We want to ensure that encounters — raids and other endgame content, for example — remain a challenge. Some of these weapons have been overwhelming that challenge. Our first choice is to buff underused weapons, but if we continue to push every weapon up higher and higher, it will be impossible to maintain challenging experiences.”

The biggest nerf is hitting Whisper of the Worm, one of the most critical guns in the game. Obtained through a radical timed hidden quest, Whisper has a perk that lets you generate free heavy ammo every time you hit three critical shots in a row — a perk that has made it an essential gun for raids and other tough encounters.

Other weakened weapons include the laser rifle Sleeper Simulant and the shotgun Lord of the Wolves, as well as armour with perks restoring energy for your super ability.

Players are not happy. Scroll through the replies to Bungie’s Twitter post announcing the news for a pile of salt that could rival Lot’s wife.

General player consensus appears to be this: Rather than nerfing guns such as Whisper and Sleeper, Bungie should find ways to buff all the other heavy weapons.

That’s easier said than done, of course. As long as Destiny has existed, there have been weapons that threatened to break the game (who else has fond memories of standing on a chandelier and using Ice Breaker to kill that one Cabal boss)?

It’ll be fascinating to see how Bungie, now completely independent of Activision, reacts to this outrage.