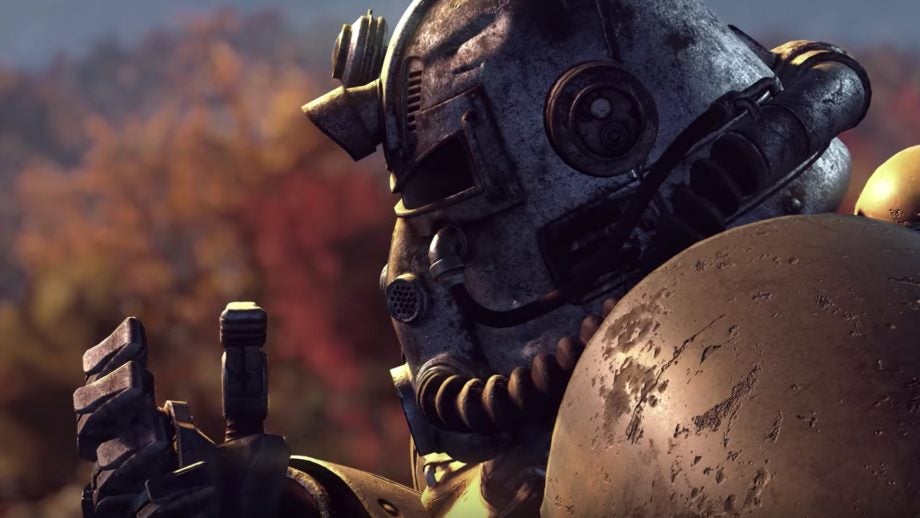 Fallout 76 had a rocky launch, but it’s since established a community that’s making do with what they’ve been given.

Marc “DeeZire” Stafford is a modder who’s been building additions to his favourite games for a long time; in his words, “pretty much my entire life.” These projects have ranged from things like his series of popular mods for the classic Command and Conquer real-time strategy series, to the “Things To Do In San Andreas ‘Till You’re Dead” mod for Grand Theft Auto: San Andreas, which is one of the top-rated mods for the game.

Lately, he’s been focusing his efforts on Fallout 4, which brings us to his current project: transporting the entirety of Fallout 76‘s setting, Appalachia, into Fallout 4. But he’s not just taking a scalpel, slicing Fallout 76 open, and grafting its skin onto the single-player game that came before it. Fallout 4 is set nearly 200 years after Fallout 76, so Stafford has decided to bring its setting even further into the post-apocalyptic future.

“The ultimate aim is to recreate the entirety of Appalachia as it is represented in Fallout 76, but in Fallout 4, and therefore around 185 years later,” Stafford told Kotaku in an email.

“The best way to describe my vision for this would be to say that it will be instantly recognisable and familiar to those who know it, yet different and distinct enough to have its own unique look and feel … A big source of inspiration was Far Cry: New Dawn that realised the same world space after the events of Far Cry 5, so that effectively did what I’m doing here.”

It’s common to see modders try to bring settings from past games into new ones (see, for example, Skywind, Skyblivion, and The Capital Wasteland project, all for other Bethesda games).

But this mod will do the reverse. Stafford’s mod is bringing Appalachia forward in time, despite its perch on the shoulder of an older game.

It’s an intriguing conceit born, in part, of limitations. Bethesda doesn’t make it easy for modders to port assets between games, so Stafford went into this project with the understanding that he couldn’t just replicate Fallout 76‘s version of Appalachia 1:1. He’d have to get creative.

“There area surprising number of assets in Fallout 4 and its DLCs that were never used, but that did end up in Fallout 76. So by utilising those, I can remain close whilst still giving players something new and different that they haven’t experienced in Fallout 4 before.”

“There are locations in Fallout 76 that I will simply not be able to fully realise, as there’s nothing like those assets in Fallout 4,” said Stafford.

“So those locations will look quite different, but in a way that can be explained logically and consistently with Fallout lore and canon. The exterior of Vault 76 is a good example of this, instantly recognisable and familiar yet different. There is a backstory to uncover that tells of how the Vault was forcibly entered at some point in the past, thus explaining the now-exposed entrance and the alarm sound. As strange as it may seem, I actually like that imposed limitation, as it keeps me motivated and stimulates innovation.”

He offered another example involving Fallout 76‘s Vault-Tec Agricultural Research Center. There are no assets for fertiliser storage containers in Fallout 4, he said, but the location is still present and fully realised in his mod’s trailer. What he did, he explained, was take ice coolers from Fallout 4 and rotate them just so.

“With a bit of ingenuity and creativity, a lot is possible,” he said. “There are also a surprising number of assets in Fallout 4 and its DLCs that were never used, but that did end up in Fallout 76. So by utilising those, I can remain close whilst still giving players something new and different that they haven’t experienced in Fallout 4 before.” 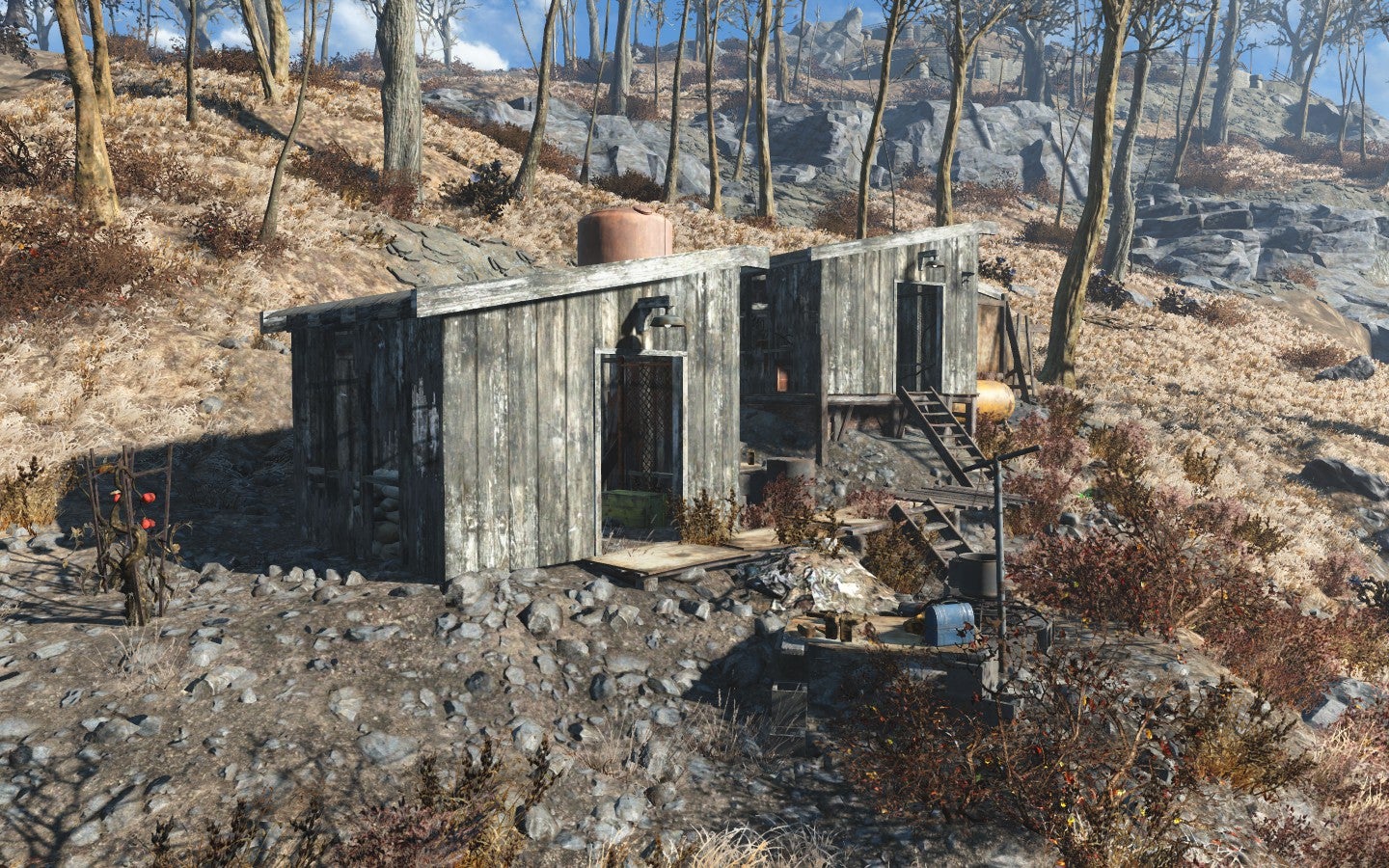 Broadly speaking, Stafford’s goal is to make Appalachia look more weathered and war-ravaged than the relatively pristine version that players encounter when they’re fresh out of the Vault in Fallout 76. He’s doing this by using the “post-war” versions of Fallout 4 assets and swapping out textures, a process he says is “fairly simple.”

“I’ve found the hardest part is doing the landscaping,” he said. “Trying to make land appear less lush and more distressed without making it bland and repetitive is trickier than it sounds, especially when you’re trying to re-create the topography as close as you can. The cliffs are particularly tricky, so I can see this recreation being more hilly than rocky in some areas.”

Stafford isn’t just trying to paint inside the lines of Fallout 76‘s setting. He’s also taking into account actions performed by players—for example, that whole nuke-dropping thing they love to do so much.

“Currently, I’m considering making the Cranberry Bog very similar to Fallout 4‘s Glowing Sea, since that is where most players launch their nukes,” he said.

“We as players know what they do (or did) in Fallout 76, but as somebody visiting there 185 years later, you have no idea, so you can piece a story together … I’m constantly having to think, ‘How did this place end up like this?’ So I’m also thinking that the Whitespring will be little more than a crater, as that’s another favourite nuke hotspot, and it would be very difficult to convincingly recreate in Fallout 4.”

If all goes according to plan, there’ll be story elements in the mod for players to uncover. These new additions draw on another oft-remarked upon element of Fallout 76, which is that its world feels less like a traditional Fallout setting and more like a Roomba lovers’ convention, given that it’s inhabited exclusively by robots (Bethesda had hoped other players would take the place of NPCs).

In Stafford’s story, people continued to war as players do in Fallout 76, ultimately splitting into factions. One faction that originated in Fallout 4, the Rust Devils, came to dominate the region by using the most abundant available resource of all: robots. 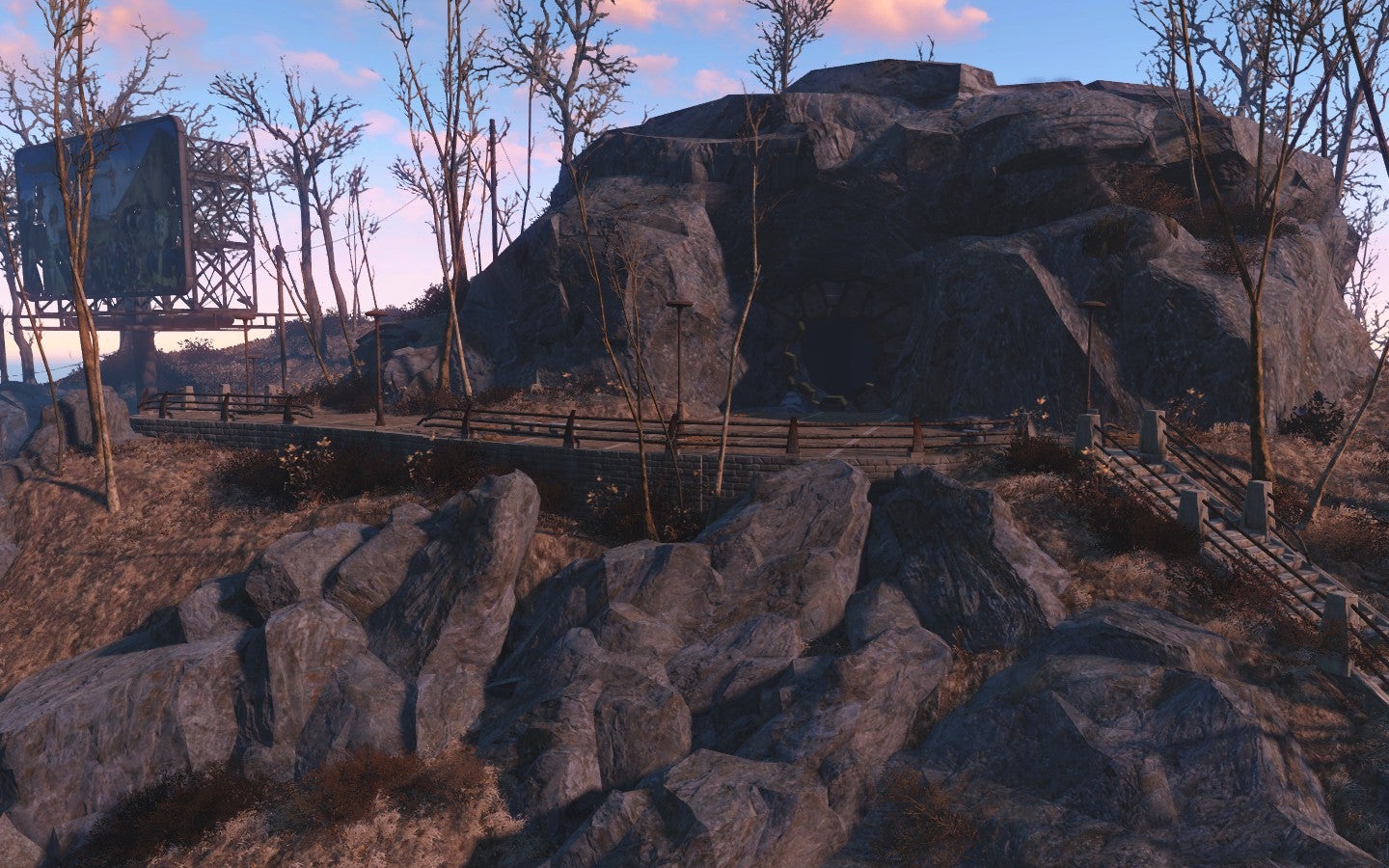 “That story can be discovered through the environment, NPCs, notes, and terminal entries,” Stafford said. “I think [it] provides a good backstory for the origin of the Rust Devils and how their need for resources led them outside of Appalachia—and eventually into the Commonwealth. One thing Bethesda [does] well is environmental storytelling, and it will be very much like that here… There’s a surprising amount of unused or cut dialogue and NPC interaction scenes in Fallout 4, which I’m trying to integrate here.”

“We as players know what they do (or did) in Fallout 76, but as somebody visiting there 185 years later, you have no idea, so you can piece a story together.”

There are many longtime Fallout fans who have scoffed at Fallout 76 as both a game and an entry into the series canon. Stafford is not one of them. He still logs in every day to farm Mr. Fuzzy tokens, play instruments, take photos in silly outfits, and just generally soak up the space. He appreciates the game on its own merits, even though he feels like “it’s not a good Fallout game.”

“I’ve seen comments along the lines of [the upcoming mod] being ‘the Appalachia we should have got,’ but I’d be clear in saying that this did not come about as a result of any disappointment or frustration with Fallout 76,” he said.

“I think what everyone could agree on is that, with Fallout 76, Bethesda created a great world space to play in, which is what they do best. So bringing that to Fallout 4, but in a much more traditional post-apocalyptic Fallout style, was the primary driving force for me.” 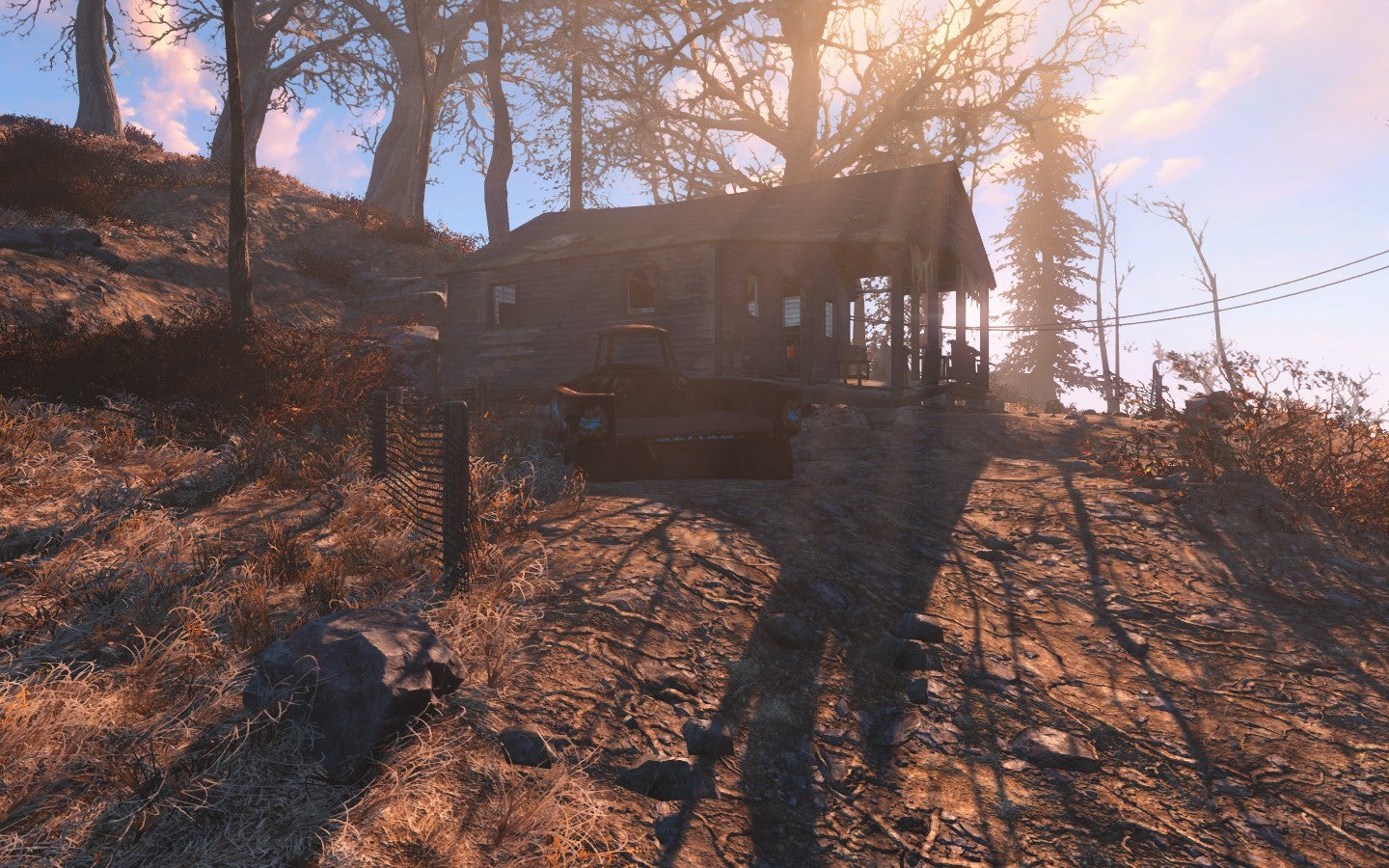 At this point, the project only has a few months of progress under its ornately studded post-apocalyptic bandit belt, and Stafford, an experienced modder, knows there’s still plenty of uncharted territory ahead. He’s breaking the map up into chunks that he’s working on instead of doing the most exciting sections first, so as to avoid losing interest.

“I’m exploring the wasteland of Appalachia with Nick Valentine as my companion,” he said, recounting something that happened during a recent test. “I turn to him and ask him for his thoughts, and he replies, ‘What do you suppose did this place in? The bombs or the people after the bombs?’ I smiled from ear to ear. It was as if Nick Valentine knew what I was trying to convey and achieve here. I’m using that quote in a trailer.”