In light of the first trailer for the Sonic the Hedgehog movie dropping late last night, I felt that it was only right to remind people that while the Hollywood-ified Sonic may be a walking nightmare, there are still good representations of Sonic.

And by good I mean better… Kind of…

Over the years there have been many different iterations of Sonic, with most people remembering the main two Sonic the Hedgehog cartoons from their childhood. The easiest way to remember the difference between the two was that one series had voice acting legends Jim Cunnings and Tim Curry, while the other had those terrible PSA’s at the end that all cartoons in the 90s were doing for some reason.

Sonic the Hedgehog and Adventures of Sonic were the original classics, with Sonic and his pals having whacky adventures and defeating the evil forces that threatened Earth (mostly Dr Robotnik) each episode. They were loosely based on the original SEGA games, with Sonic’s only real tie to his video game self being his need to ‘go fast’ (as well as starting that damn chili dog joke that SEGA refused to let go). This trend has continued into the newest series, Sonic Boom, which is a direct spin off from the Ryse Of Lyric, Shattered Crystal and Fire & Ice games from 2014 to 2016.

Unlike the previous titles Sonic Boom’s tone and style closer to the games, as the newest Sonic games have embraced the silliness and campiness of the characters – giving the characters all more personality and quirks to reflect their cartoon selves. Overall the games and show were most likely sold as a package, which is why they have such a direct link and sense of style between them.

Now getting back to the matter at hand – when Sonic is actually funny. The few times any series involving Sonic the Hedgehog has ever been remotely funny was when it was self aware. Take these great examples:

Knuckles my boy. What have they done to you. 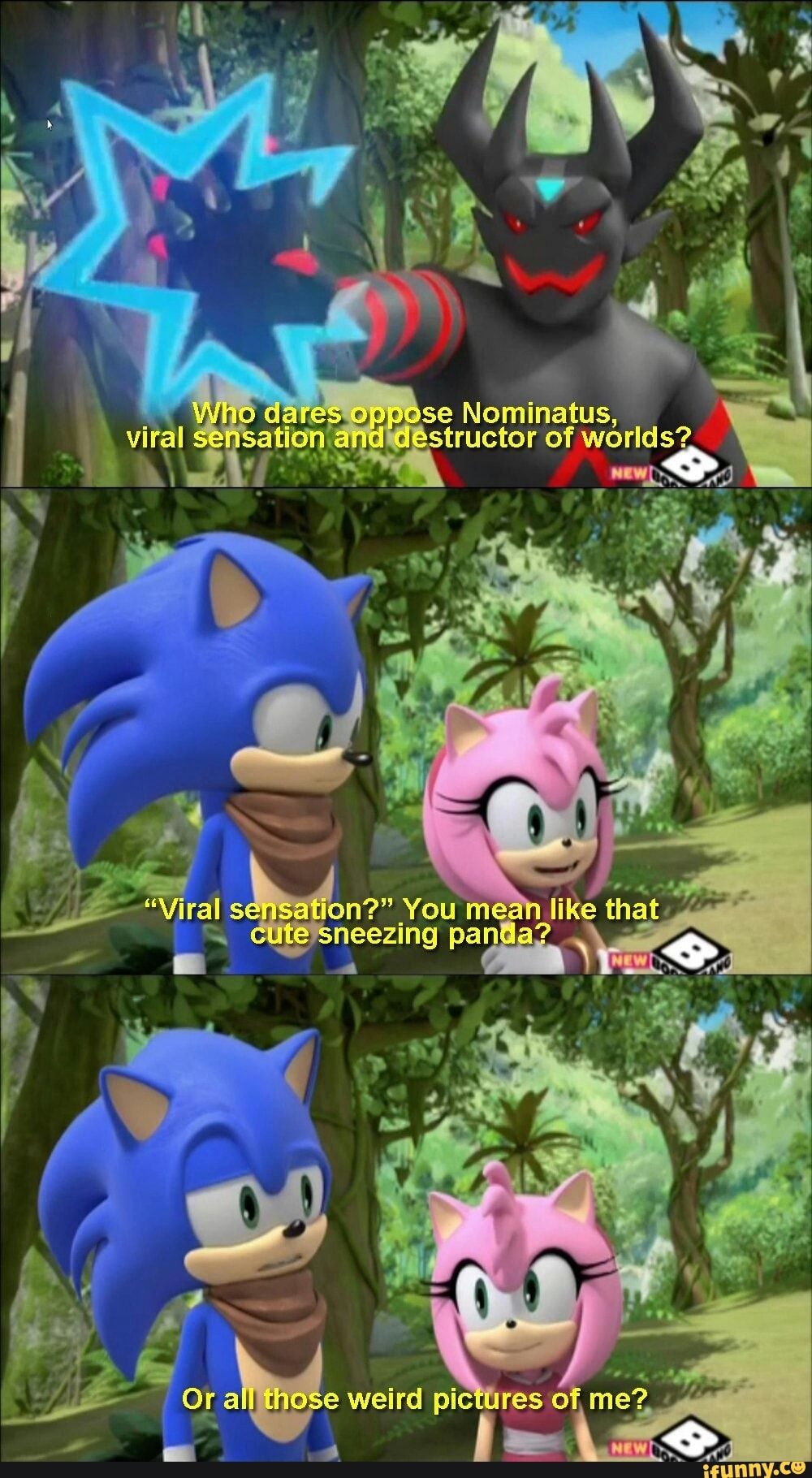 Now that’s not to say these aren’t cheesy and a bit corny, but they are good enough to blow air out my nose if I were to scroll past them on my phone – and isn’t that the level of merit that goes these days?

Either way it seems that just maybe the movie won’t be all that bad (ignoring Sonic’s humanoid design and the movie’s laziness with representing Dr Robotnik). If the writers can tap into that weird self aware place that Sonic Boom goes, then maybe this won’t be such a train wreck after all.

But don’t hold your breath.