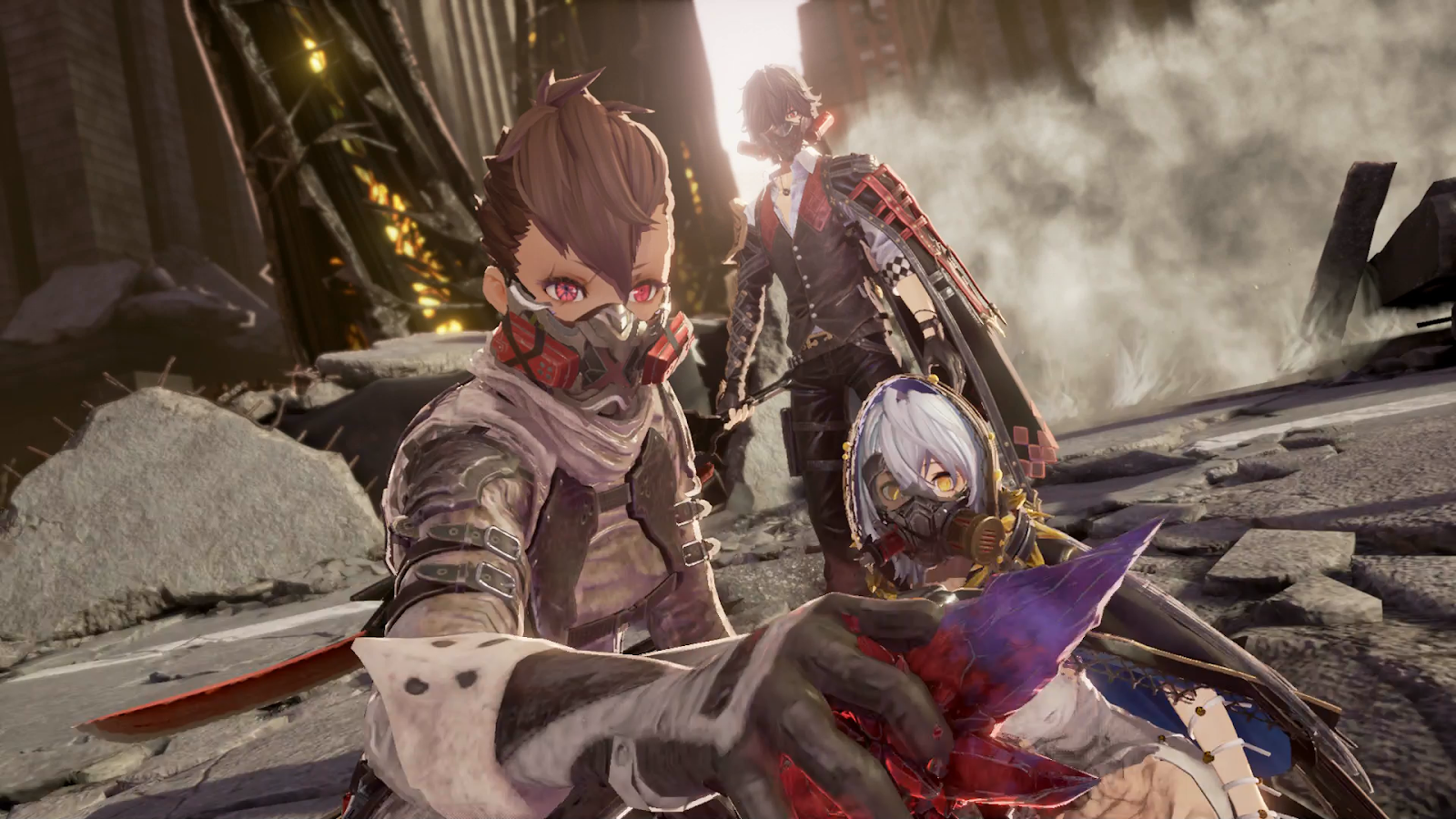 This weekend, the anime-nonsense action role-playing game Code Vein held a closed network test. The results were both everything I expected and more fun than I imagined. Beat-for-beat Dark Souls gameplay and edgy anime designs might seem groan-worthy, but teaming up with other players to defeat difficult bosses was incredibly badass, if a little simplistic at times. Code Vein is, as they say, a land of contrasts.

Code Vein is a first-party game by Bandai Namco that many players on the internet have been calling “anime-souls” ever since it was announced in 2017. That jokey assessment is pretty close to fact. Code Vein is set in some type of postapocalypse teeming with “Lost,” blood-crazed creatures threatening human survivors. The whole affair is hyper-stylised with cel-shaded graphics and designs that look like modern-day animation, and the gameplay is 200 per cent modelled on Dark Souls. There’s a progression system where you level up by spending currency acquired by killing enemies.

In this case it’s “haze”, a vaguely defined magical energy. And like the currencies in Dark Souls or Bloodborne, you lose it when you die. Code Vein doesn’t shake up this format much at all. There are caverns and ruined cityscapes full of monsters and bosses; go out there and beat them up. The result isn’t as engaging as the games that inspired it, but it can be fun if you embrace the trashy absurdity of it all.

There’s a split here between the eye-rolling anime plot and the actual experience of playing. On the one hand, there’s a vague story where your character is an amnesiac, blood-absorbing chosen one with a scantily clad magical companion. For the record, her boobs are big, and the slightest breeze sways them like a pile of coconuts in a hammock. It was more than a little distracting. If you can’t get over the cheese and sleaze, I wouldn’t blame you. If you can climb over that, there’s plenty of quality dungeon crawling and boss slaying to be had.

What makes Code Vein’s particular brand of action work is how much you’re able to really define your character. There’s a host of weapons ranging from huge greatswords and axes to rifles and bayonets. They incorporate the sort of future-punk grime you see in games like Let It Die. These weapons pair with a variety of “blood codes,” character-build templates that you can switch out whenever you want. Each grants different passive traits and special abilities.

One blood code might grant you the ability to teleport and toss freezing icicles. Another might offer a variety of shield abilities and attack buffs that you can toss on yourself and other players. There’s a lot of potential to customise your character. Wanna use a huge sword and have spells that sacrifice defence for massive attack gains? Go for it. Wanna sit back with a rifle and toss magical fire at demons? Have a blast. Literally.

Code Vein breaks down somewhat in multiplayer. Calling for help is a simple menu option away, but having multiple players (plus AI companions) severely trivialized boss encounters. This was a network test, so I figured I might as well play with other people. It was good for making progress in one of the trickier dungeons, but it also meant boss fights sometimes devolved into slash fests. The battles were still dire, but I definitely get the sense that Code Vein is a game best played alone if players want to really feel challenged. Teaming up with other players really sucks the magic out of cool boss fights.

Still, there was quality exploration and combat. Movement is fast, and the range of abilities made it fun to play around with new character builds. Code Vein’s biggest problems heading into the future will be ensuring that players remained challenged if they team up, and maybe toning down some of the thirsty character designs. Code Vein will presumably release sometime in 2019, and it could provide a good waste of time until Nioh 2 arrives. Just try not to cut yourselves on all of this edge, OK?