One minute I’m a gnome warlock, delving deep into the naga-infested ocean of World of Warcraft’s Azeroth. The next I’m a red mage with cat ears and a tail, trying to remember my spell rotation in Final Fantasy XIV before the Shadowbringers expansion comes out. There’s brand-new content in both of my favourite massively multiplayer online role-playing games, and I’m having trouble keeping up.

I’ve been playing MMORPG games since the days of Ultima Online, but normally one at a time. I can juggle non-MMO games all day long. I’m currently playing a retro platforming shooter on the Switch (Gunlord-X), a monster truck racer on the Xbox One (Monster Jam Steel Titans), and a tactical fighting game (Samurai Shodown) on the PlayStation 4. There’s no danger of me mixing up those three.

MMORPGs are a different story. I’ve been playing World of Warcraft for nearly 15 years and Final Fantasy XIV: A Realm Reborn since its relaunch in 2013. Both games take place in unique fantasy settings.

Both feature rich storylines I’ve become heavily invested in over the years. In both games I am part of an expansive community. I’ve got friends on servers and friends in guilds. I wish I could play World of Warcraft and Final Fantasy XIV more.

Meanwhile, in Final Fantasy XIV, the Shadowbringers expansion launches in early access on Friday, and I’ve got a couple of dungeons to complete before I’ve caught up with the game’s story, which I have to complete before I can enjoy the expansion’s new high-level content.

I am hopping back and forth between two very different characters on two structurally similar but mechanically unique games, and I am getting dizzy. Here are some of the fun things I’ve screwed up in the process of playing both. 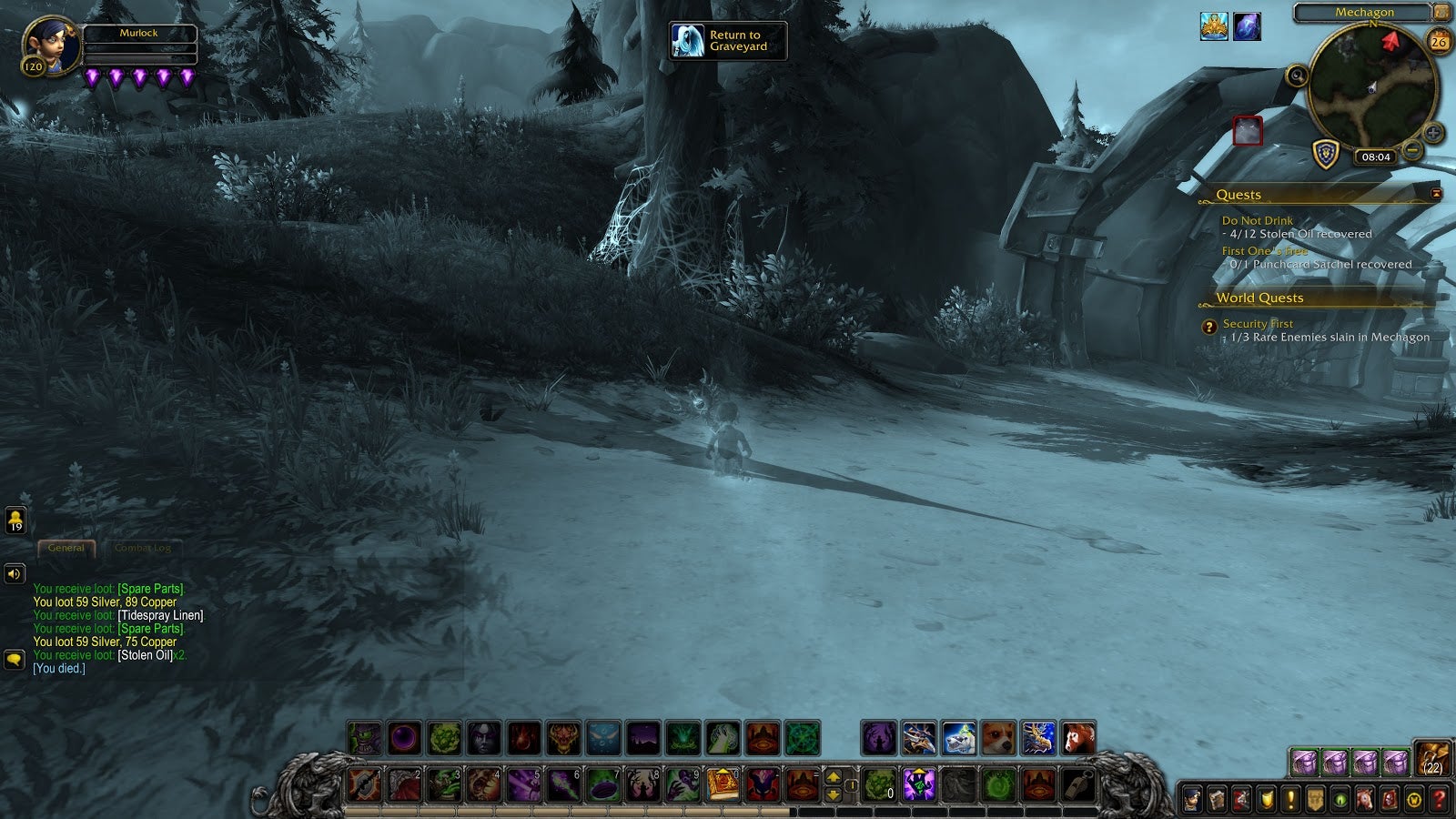 It’s not always like this. During less busy times, when the lulls between new content grow long, I can slip between the two with ease. But now, standing at the crossroads between brand new Azeroth stuff and becoming Final Fantasy XIV’s Warrior of Darkness, I kind of just want to curl up and wait until the traffic is clear.

I won’t, as it is my duty to collect and report on that sweet MMORPG booty. Just forgive me if I mix up my verstone and corruption spells.