Get a look at the latest B.R.P.D. one-shot, hear about the reunion of one of the most beloved Hellboy creative teams, and learn a little about a man-god through the medium of puppets. What’s not to love?

We have a first look inside the pages of the upcoming Hellboy and the B.P.R.D.: The Beast of Vargu, a one-shot interlude from Mike Mignola, Duncan Fegredo and Dave Stewart that will lead Dark Horse’s ongoing universe of B.P.R.D. comics into a new era. It’s the first time in the line’s history that the book has had a significant timeskip, as this tale is set in 1962.

“I’ve had this odd Hellboy puppet show idea banging around in my head for so long,” Mignola told us over email. “Just waiting for the right artist. Duncan is almost always the right artist, but I was afraid that after Hellboy in Hell and The Midnight Circus he’d had enough Hellboy for one lifetime. I don’t know that I’ve ever been so happy to be proven wrong.” 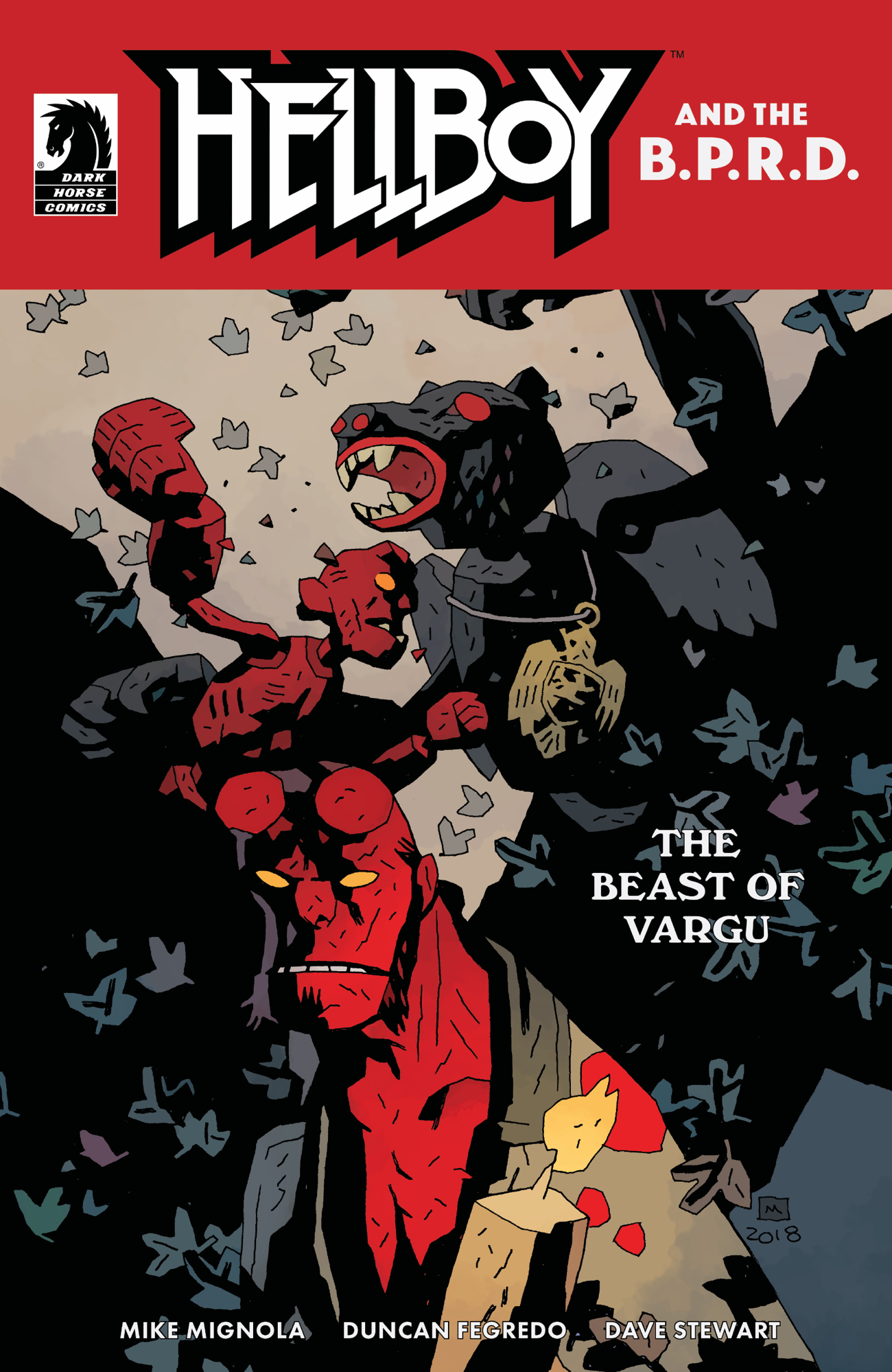 The standalone issue sees Hellboy take a trip to Romania after hearing rumours that winged beasts are stalking villages. As he goes about his investigation, he’s told mythological short stories of gods and monsters, shown as if they were short displays of puppet theatre.

The issue also marks Fegredo’s return to the Hellboy fold after a few years away; he previously worked with Mignola on some of the most beloved arcs of the series.

“It’s been a while, but I always knew I’d be back on Hellboy,” Fegredo himself added over email. “I’ve done epic with The Wild Hunt and spooky coming-of-age with The Midnight Circus, but the one thing I had not done was a classic Hellboy short. With puppets.

“But the real draw for me was the same as ever: I got to collaborate with Mike Mignola. No Mignola, no Hellboy. It’s that simple. So here you go, The Beast of Vargu: Not one but two short stories. With puppets!”

One of which, ‘The Secret God of the Roma’, you can read in its entirety below, exclusively here! 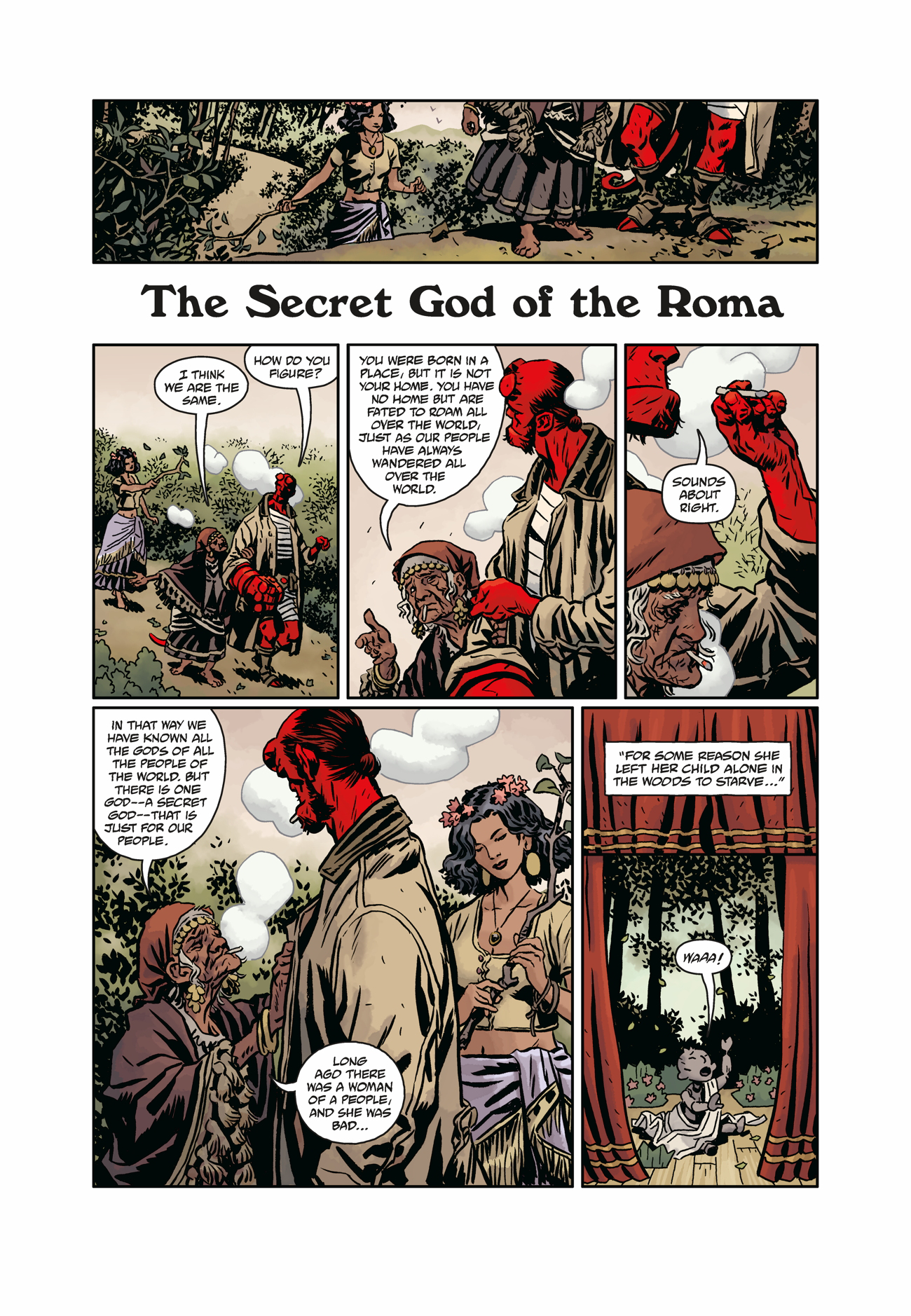 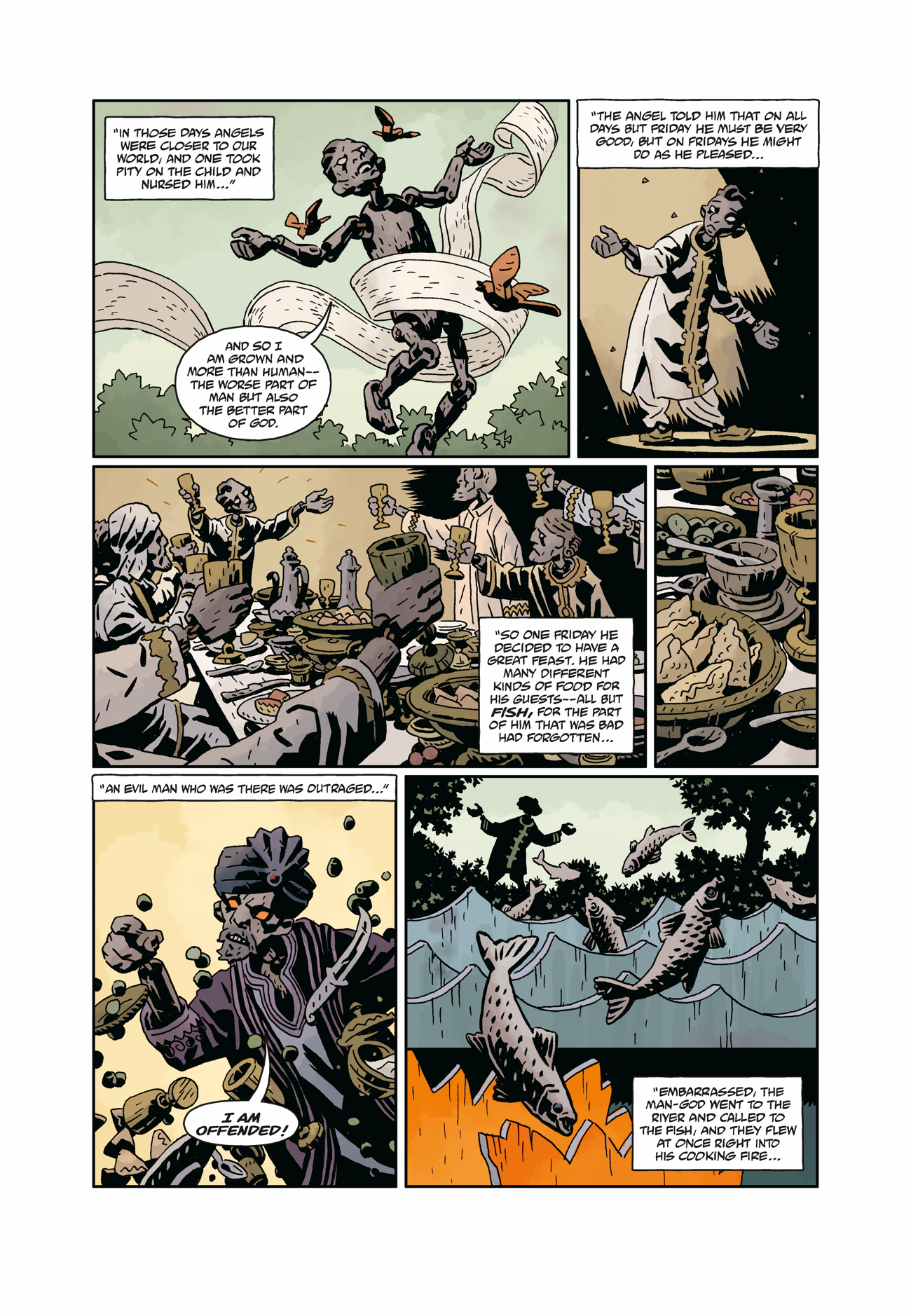 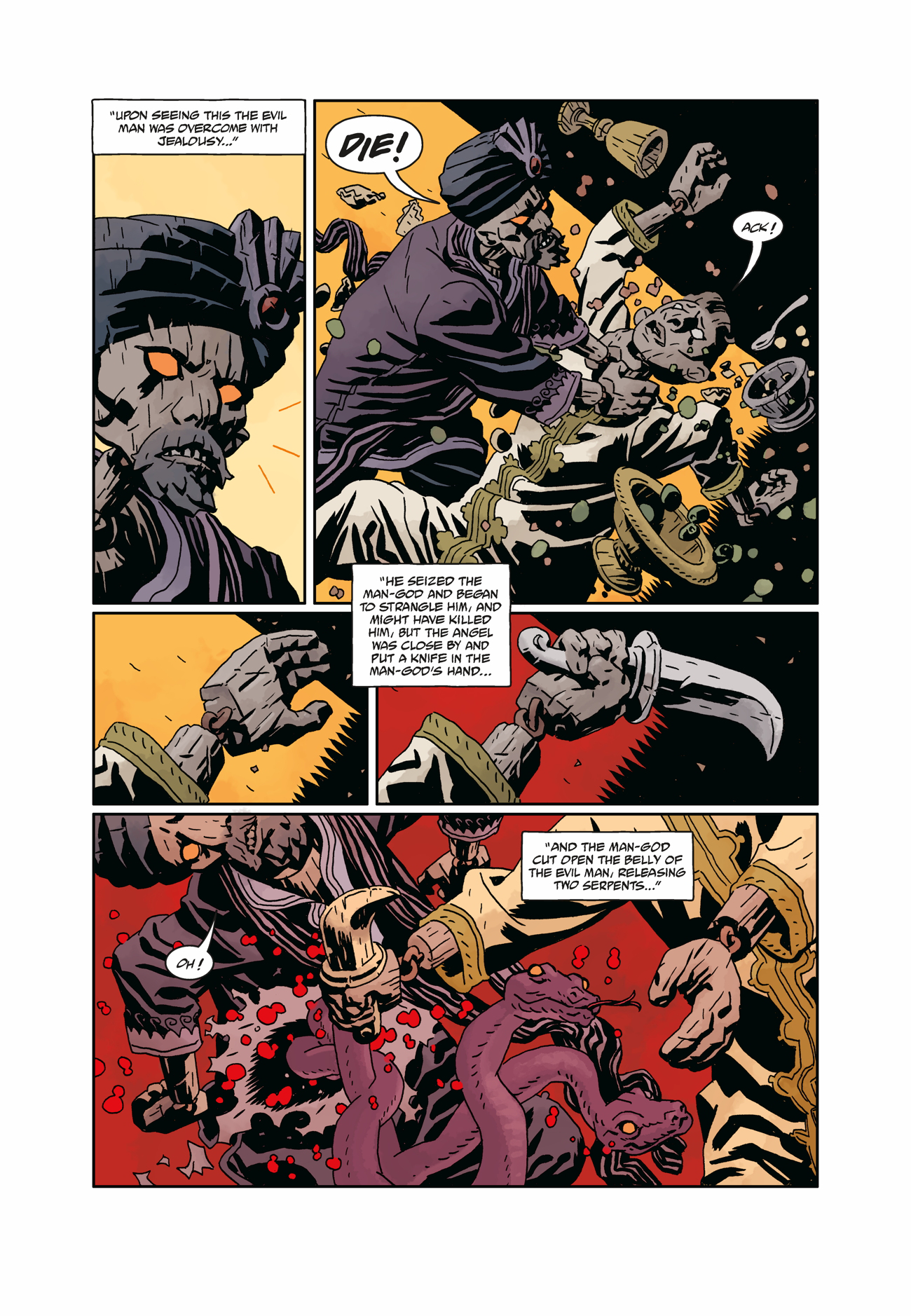 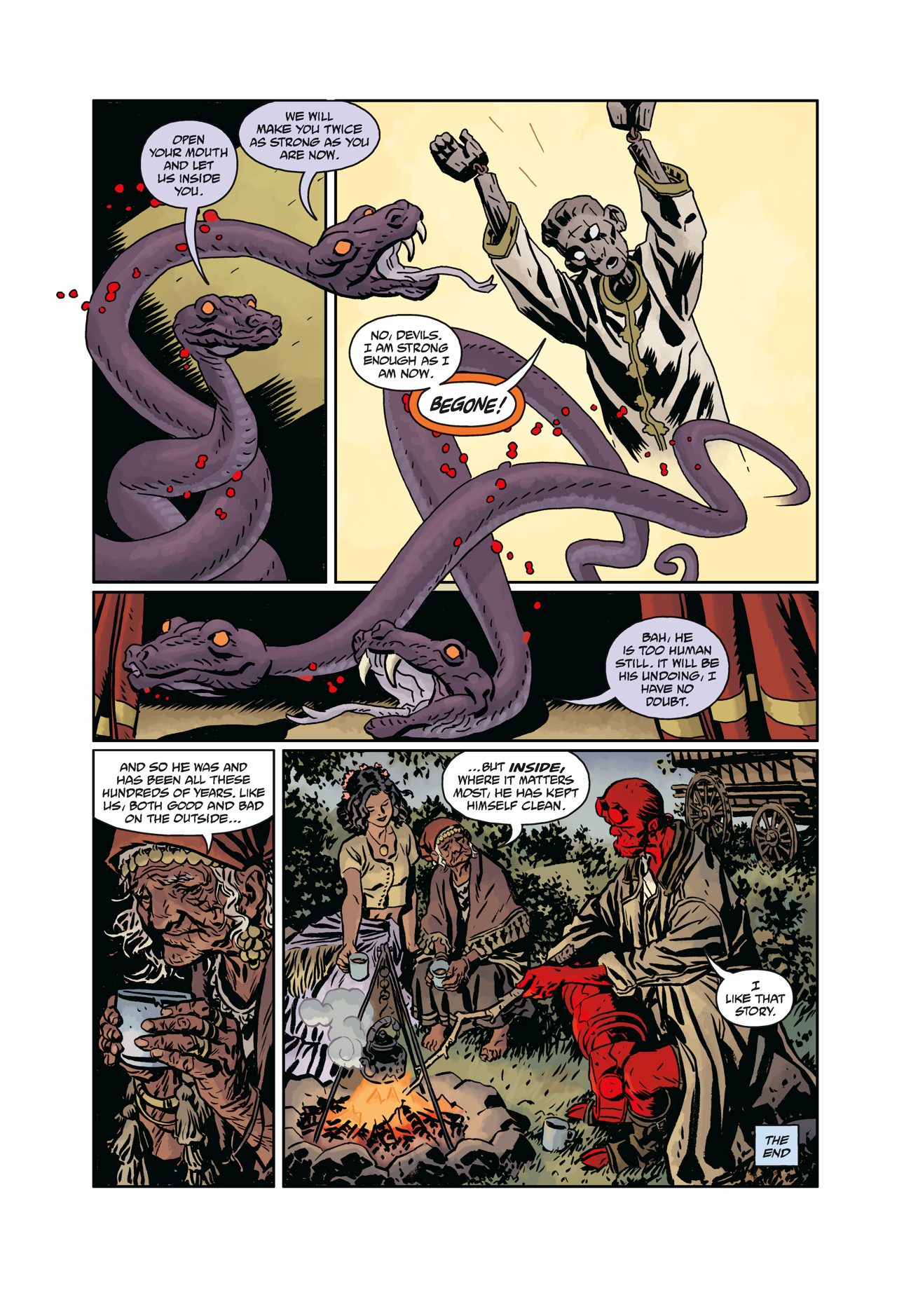 Hellboy and the B.P.R.D.: The Beast of Vargu hits comic shelves next week.