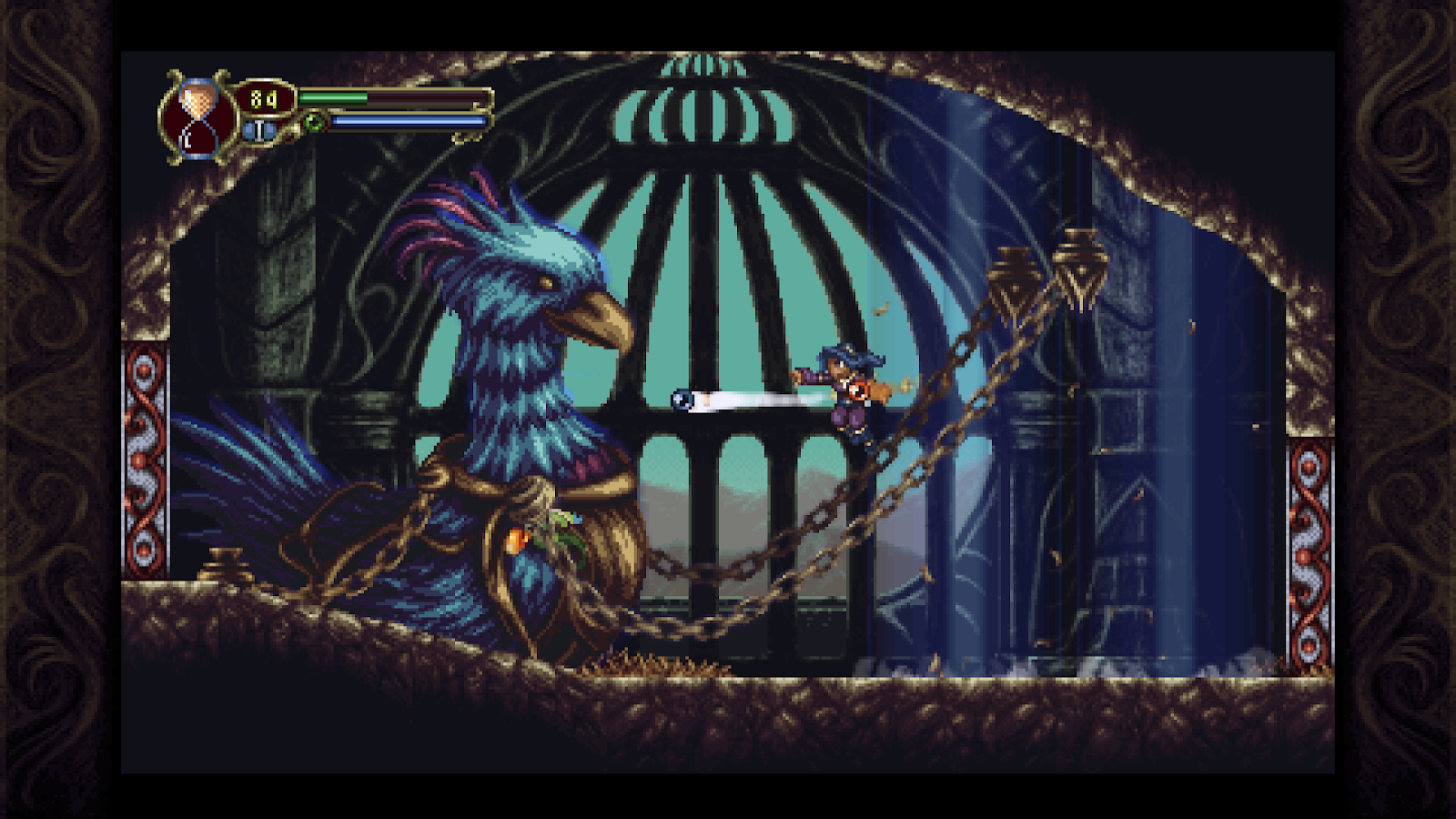 Kickstarted in 2014 and released last year for the PC, PlayStation 4 and Vita, Timespinner is a game I should have played prior to this week’s Switch and Xbox One releases. It wasn’t on my radar until this past Sunday, when Jason Schreier offered up a code in our work Slack. He said it is “basically Symphony of the Night,” which should be on the game’s official marketing materials. 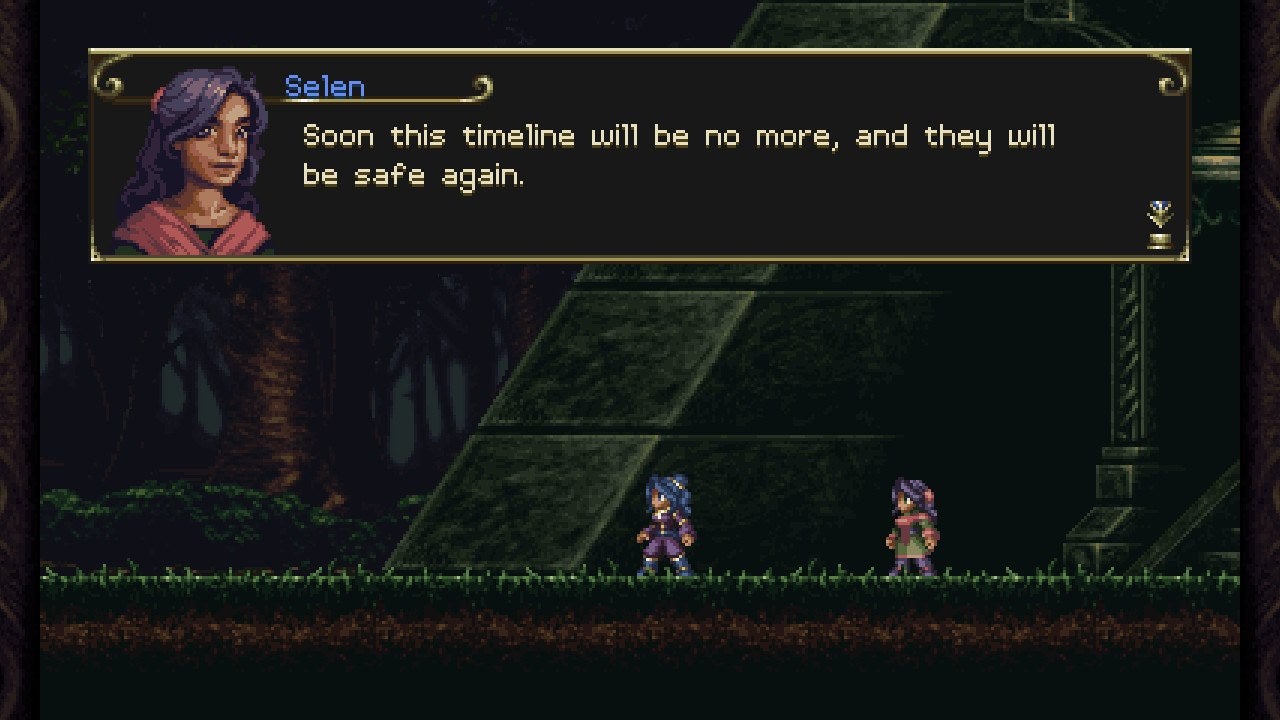 Instead of the son of Dracula, Timespinner stars Lunais, a blue-haired hero chosen to wield the ability to control time. Upon taking up the mantle of Timespinner, Lunais’ village is invaded and her mother murdered by the evil Lachiem Empire. Transported to a strange world far in the past, Lunais must reclaim her Timespinner powers so she can travel back to the present and get revenge. As the story unfolds, our hero learns that history isn’t always right, and nothing is ever as simple as it seems. 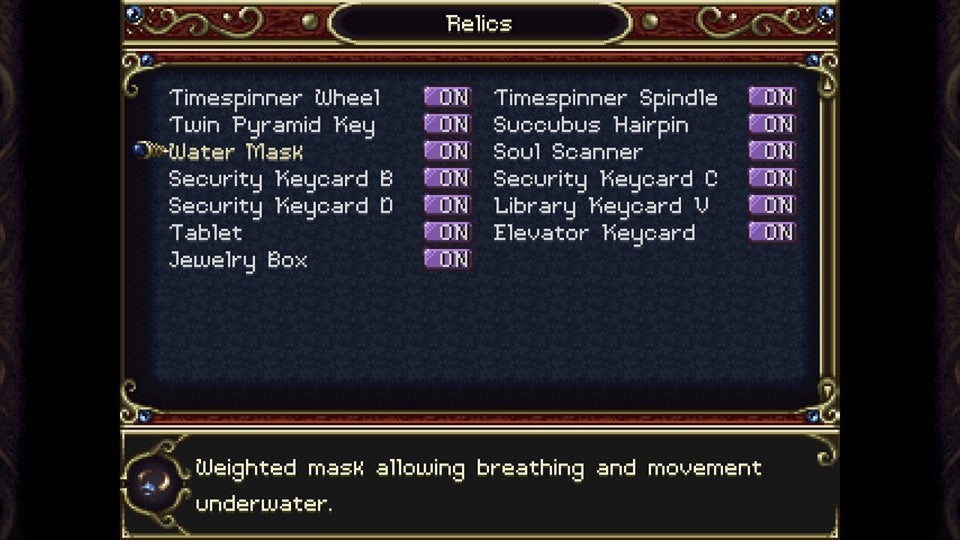 As with all good Metroidvanias, a term coined to describe Symphony of the Night, Lunais’ path is almost never straightforward. Using her ability to warp through time, she bops back and forth between the past and present at will, slowly uncovering all the nooks and crannies of two different but somewhat similar sprawling maps. There are out-of-reach ledges that can’t be accessed until Lunais earns the ability to double jump. Later on she earns the Water Mask, a relic that allows her to breathe and manoeuvre underwater. Sometimes her path is blocked by more mundane means, like keycards or petrified vines that can be burned in the past but not the future.

There’s a lot of backtracking. Fortunately, the combat and movement in Timespinner is excellent. It’s got that good sticky friction, making tricky jumps easy to pull off. Lunais’ pirouetting double jump is lovely, great for exploration and enemy avoidance. And then she’s got a slide move, like she’s some sort of vampire offspring or something.

In battle, Lunais wields a pair of orbs that can be swapped out and leveled up. Currently I have one that spawns a small sword when I attack and another that shoots fireballs. Both are augmented by a Scythe Ring, which adds spinning blades to the orbs so anything that comes into contact with Lunais takes damage. Finally I’ve got the Colossal Blade necklace as my major magic power, spawning exactly what it sounds like for a massive attack in combat. 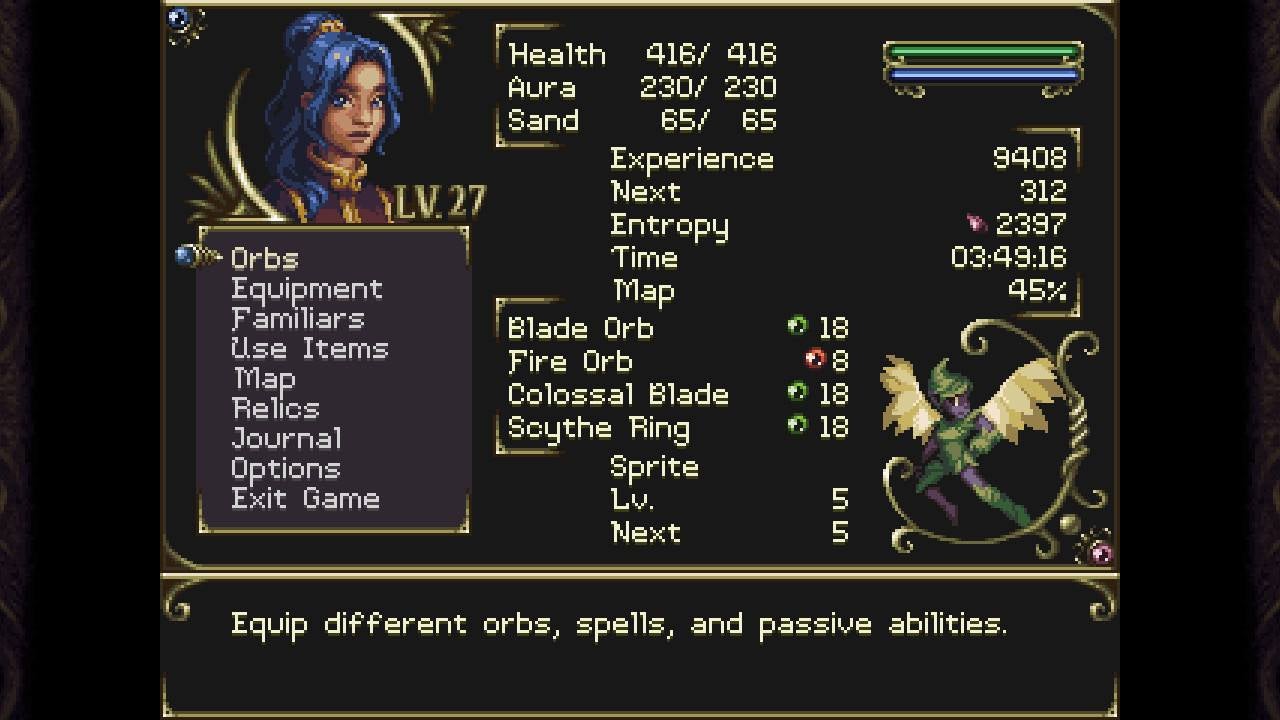 Travelling back and forth across maps in the past and future never gets old, especially once Lunais gains the ability to fast travel to special gate rooms scattered about the game world. If anything, fighting and exploring is a bit too compelling, as I have a tendency to out-level enemies, making challenging boss fights much less so. 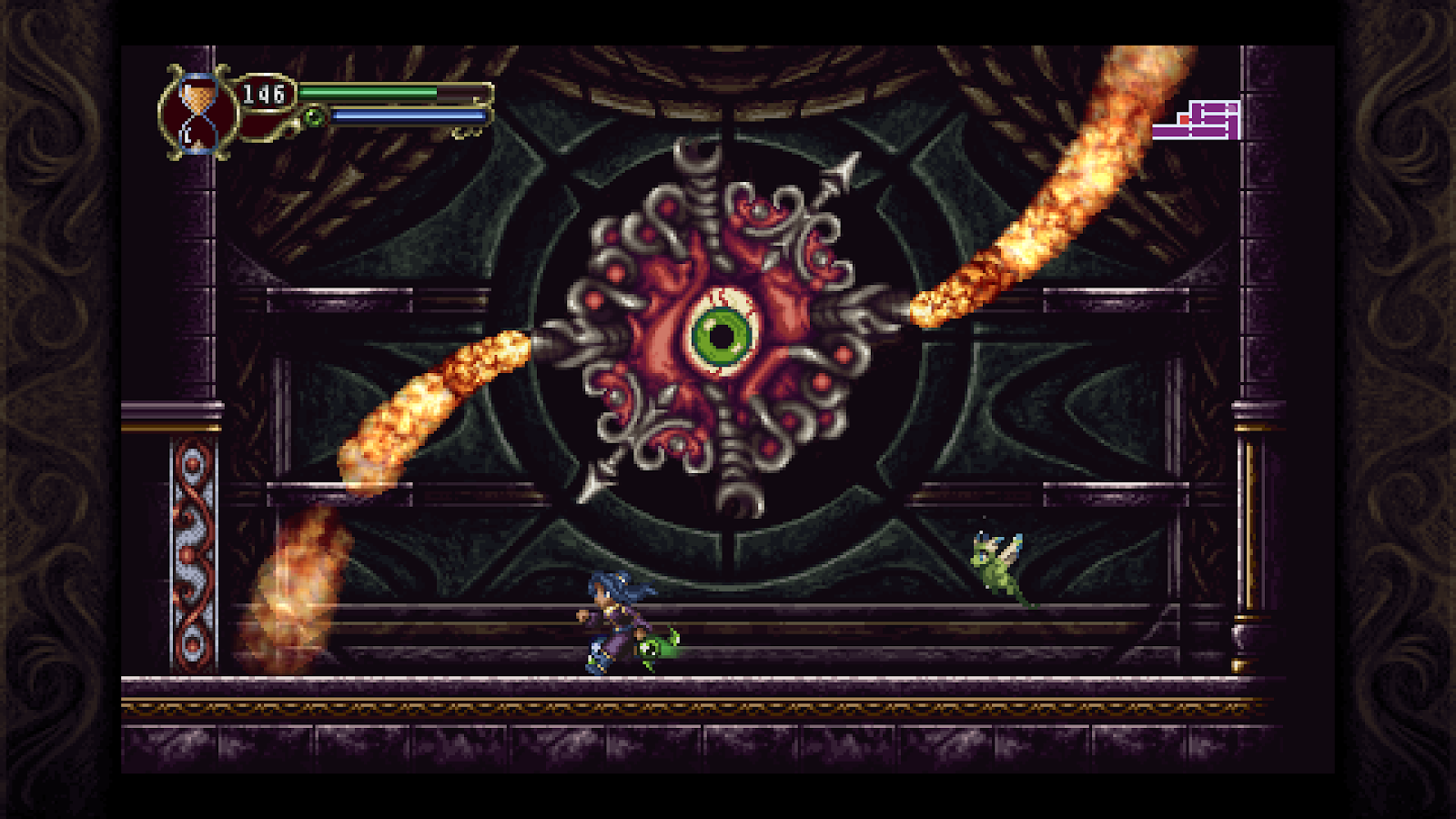 Timespinner does Symphony of the Night quite well, but it’s not that great at spinning time outside of switching between maps. Lunais has the ability to temporarily freeze the action, based on the amount of sand in an hourglass located in the top left corner of the screen. When frozen, enemies become platforms, which is a neat way to explore out-of-reach space, but it feels like it’s hardly ever necessary. I’ve hit the button to freeze time accidentally more than I’ve done it on purpose.

Time manipulation in Timespinner feels like an afterthought, but when the forethought is Castlevania: Symphony of the Night, that’s not so bad.