Ghost Recon Wildlands is getting a sequel later this year, so most fans and Ubisoft will move on to that next game. But before that happens, Ubisoft has released one last major update for the game which added a brand new competitive mode called Mercenaries. It blends different elements of Wildlands into a small, focused battle royale-like mode that mostly works.

I haven’t played Wildlands in over a year, so coming back to the game to check out this newest and last update was strange. But once I got comfortable with the controls again, I jumped into Mercenaries and ran right into the mode’s biggest problems: Loading screens and errors. It took me three-game restarts to find a match due to server issues. Once I did find a match, the loading times felt long.

After getting through all that, I was plopped into a match of Mercenaries. The mode pits 8 players against each other in a cordoned-off area of the main map. In this mode, players start with no weapons or gear. So, like in every other battle royale, you have to scrounge around looking for weapons, ammo, grenades, and armour. Unlike other battle royale modes, however, in Mercenaries players can respawn and keep their weapon.

On the one hand, this makes death feel less annoying, but it also makes kills feel less satisfying. But due to the lower player count and map size, respawning feels like a necessity. And even with players coming back after death and continuing to explore the map, I still had matches where I felt like I was playing alone. 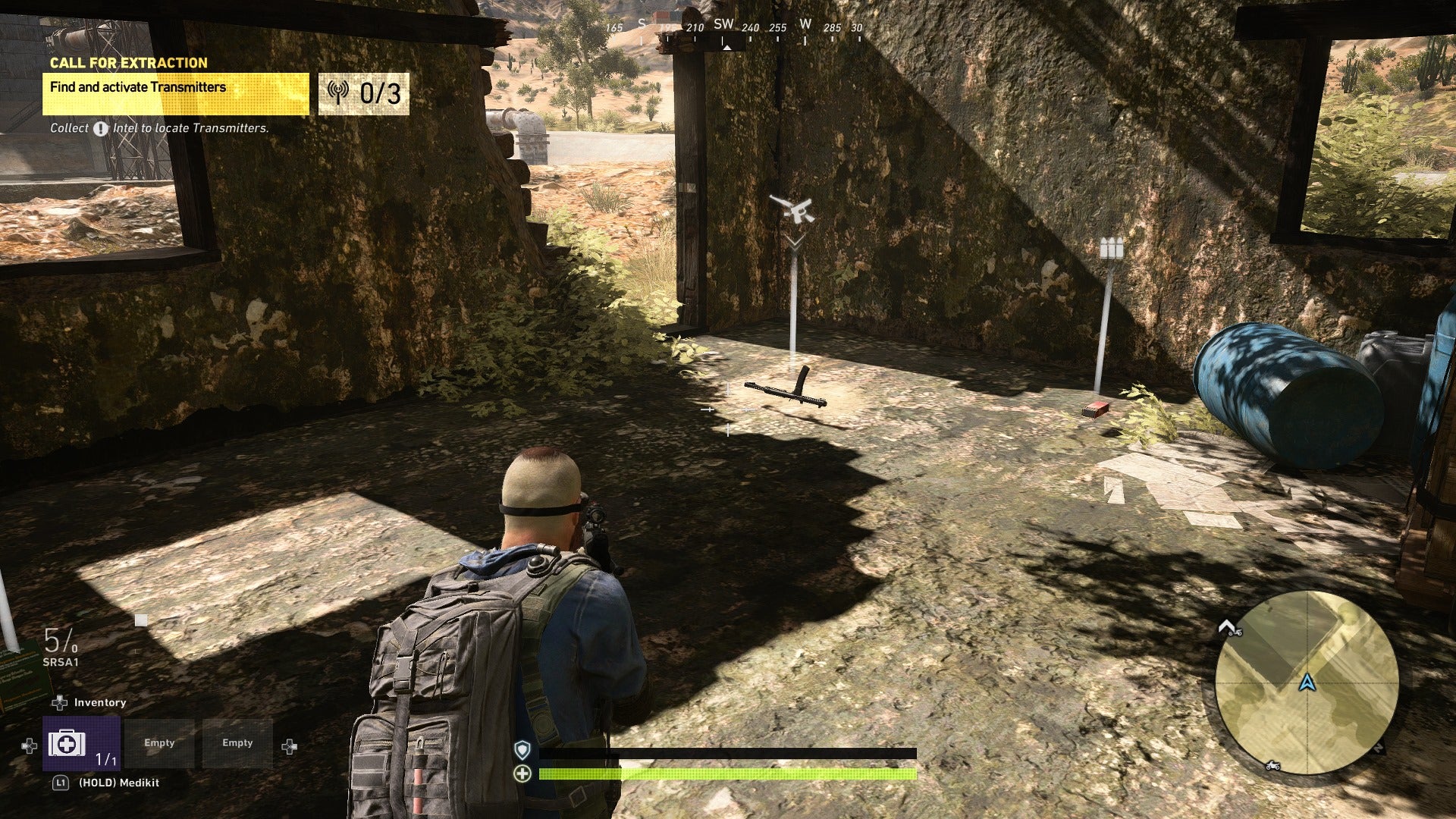 The main goal of Mercenaries to exit via helicopter. To do this players need to search the map and find three transmitters. These aren’t marked, however, so instead players find intel on the map. These are more plentiful and show up on the map as you get close. Once you have some intel you can use it to find a transmitter.

Activate three of these and the helicopter will come to pick you up after a few minutes. But every player is alerted to this and can also activate transmitters and find the location of the pickup before the chopper arrives. So the pace of matches can vary greatly.

Compared to other battle royale modes, Mercenaries feels less punishing but it can also feel less social. You don’t really interact with other players that much, especially if your match is filled with people who aren’t using vehicles or hitting intel locations regularly. There are AI enemies on that map, but they are easy to avoid and don’t add much to the experience. 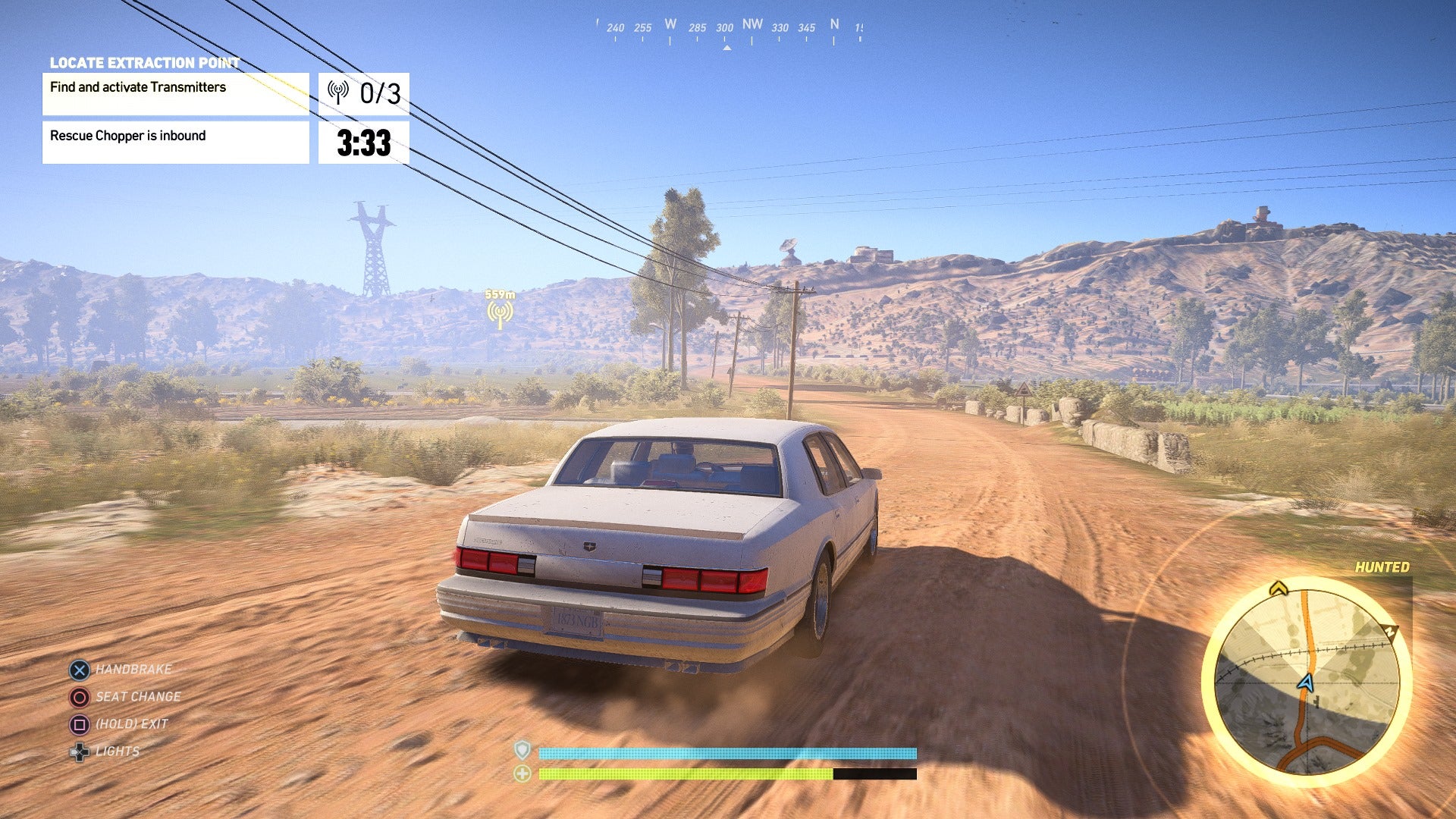 Something that is annoying in this new mode is how tanky players can feel. At one point a player got the drop on me, I took a ton of damage, but was able to run up to them and bash them twice with my knife and win the fight. After killing my attacker, I didn’t feel like that was fair. On the flip side, I would sometimes shoot enemies with dozens of rounds and they could get away. Considering players can respawn after death, making players so tough feels like a mistake.

Mercenaries might not bring a lot of players back to the ageing Wildlands, but as a send-off to the game before the next entry in the franchise, it feels nice. Sure the map is a bit too large and the time-to-kill might be too high, but the mode mostly works well. For players who have sunk months into Wildlands and want something new to play while they wait for the sequel, Mercenaries might be the perfect time killer.