I Braved A Heat Wave For A Desolate Harry Potter: Wizards Unite Event 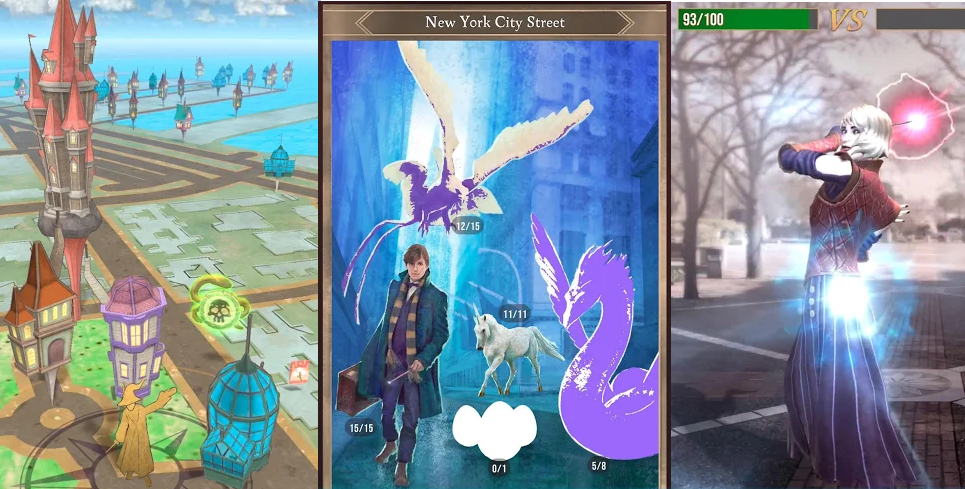 Harry Potter: Wizards Unite had its first Community Day this past Saturday in the U.S.. There was a heat wave in my area, but I headed out to play the game anyway. Ever since Wizards Unite came out, I hadn’t run into anybody else playing it and I figured the Community Day would be the chance to finally see how popular (or unpopular) this game is. The heat wave ruined my chance to answer that question.

Wizards Unite is the latest augmented reality game from Niantic, the developer of Pokémon Go. It’s a more complicated and activity-packed game than Pokémon Go, but it seems to be far less popular. During Pokémon Go Community Days, I tend to see dozens of people outdoors playing the game, picking up whichever special Pokémon or rewards are available as part of the in-game event.

You can tell they’re playing the game because they’re standing near specific places the game designates PokéStops and gyms, doing the characteristic finger-flick for a Pokéball toss or the frenzied tapping that accompanies a gym battle. Sometimes, you’ll overhear people talking to each other about Pokémon, or you’ll even end up in a conversation yourself about the game. It’s fun.

I’ve been playing Wizards Unite since it came out, and I keep looking for other people playing. When I see people on their phones, I surreptitiously watch to see if they’re tracing out spell patterns. So far, I’ve only ever seen one other person who I thought was playing, but many cell phone games involve tracing patterns on the screen, so who knows?

The power of this curiosity dragged me and my girlfriend outside, with our phones, on a Saturday afternoon, despite stifling humidity and temperatures in the 100s. We hoped the Community Day, which provides special in-game rewards and the opportunity for more experience points, would bring other secret players out of hiding, if they do in fact exist. But we also knew it wouldn’t be pleasant to play in that level of heat.

Whenever we could, we sought out Wizards Unite inns and greenhouses (the in-game equivalents to PokéStops) that happened to be situated under shady trees. We took a break at a convenience store to buy lemonades. Somehow, we survived the short but brutal walk to the nearest park, which was packed with fortresses, inns, and greenhouses.

We figured that’s where other people would be. We thought, at last, we would meet other Wizards Unite players. We were wrong.

Even Wizards Unite did not think we should have left the house that day. The game issued a weather danger warning that told us to head back inside, but the Community Day bonuses were still in effect.

The Diagon Alley shop still had a complimentary gift of spell energy. Confoundables were still appearing in higher numbers, including ones associated with the in-game event, like sparkly Hedwigs. Our Baruffio Brain Elixir potions granted us three times the experience points. I leveled up not once but twice on that Saturday afternoon.

I could have leveled up even more, but it was not fun to be outside. Even the dopamine rush that I got from ascending more levels wasn’t enough to make up for my body screaming at me to go back indoors. If only the game had somehow provided me with a bag full of ice cubes to stuff in my pants.

When we finally got to the park and stood under yet another shady tree, we looked around for fellow players. We saw two different guys in two different cars, each tracing what looked like spell casts on their phones, their air conditioners blasting.

There was only one good explanation for this bizarre behaviour: they were Wizards Unite players. Of course, my girlfriend and I were the ones truly suffering for our experience points, as well as saving the planet by not blasting my car’s AC. The game had told us not to do it, but we had done it.

It seems other people had decided to listen to the game’s weather warning. Or perhaps no one else is playing the game at all, besides me, my girlfriend and those two guys in their cars.

Instead of walking back from the park, we got on a public bus back up the street. It was a short ride, but it was worth it. We drank our lemonades. We went back into an apartment with one air conditioner and multiple fans. We plugged in our phones and collapsed onto the couch. We had levelled up. But at what cost to our poor, overworked sweat glands?

Wizards Unite is a delightful game. Tracing spell patterns and collecting potion ingredients still provides more of a challenge than Pokémon Go ever did. But I’m still, apparently, one of the only people in my area who is actually playing it.

I may someday meet other people who are, if they can ever manage to leave their air conditioned cars.