Spider-Man: Far From Home’s Mysterio Concept Art Is Even Weirder Than The Real Thing 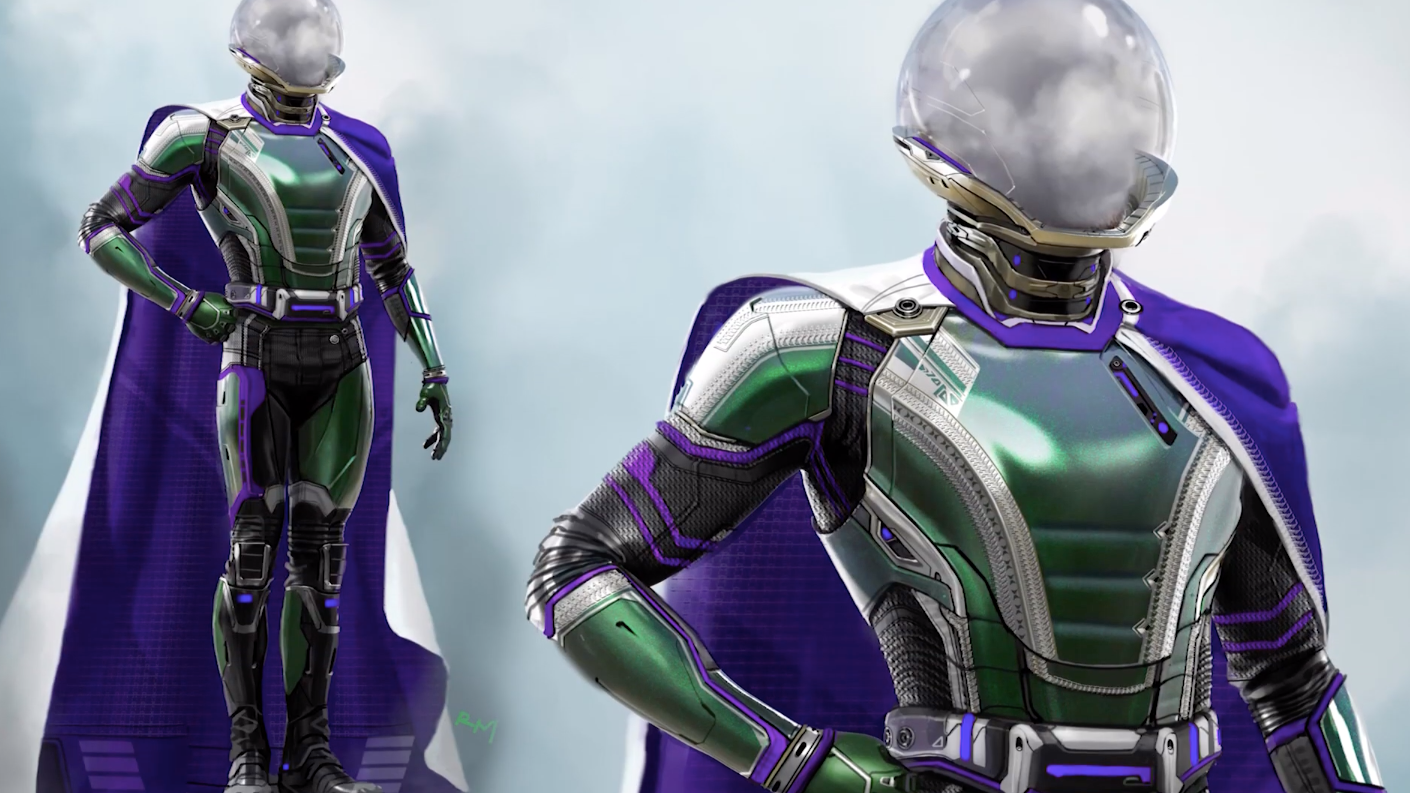 Concept art for Mysterio’s costume. (Image: Marvel)
To sign up for our daily newsletter covering the latest news, features and reviews, head HERE. For a running feed of all our stories, follow us on Twitter HERE. Or you can bookmark the Kotaku Australia homepage to visit whenever you need a news fix.

Because Marvel’s movies have always been relatively more grounded in reality than the comic books they’re based on (say it with me one more time: “relatively”), certain characters’ more outlandish costumes end up being somewhat toned down in their translation to the big screen in order to make them look realistic. But every so often, you get a character like Mysterio.

Mysterio’s costume has always been as wickedly camp as it is cool, which is saying something given that at various points in time, the villain’s really only worn green Spandex, a cape, and a huge fishbowl.

Marvel could have easily tried to do away with the more ridiculous aspects of the look in his Far From Home debut, but in a behind-the-scenes peek at the film’s production, VFX head of production Ryan Meinerding explained how Steve Ditko’s iconic design for the character (played by Jake Gyllenhaal in the new movie) demanded that certain elements remain intact.

A fishbowl helmet isn’t at all practical, but it’s part of Mysterio’s brand, and while Marvel drafted up versions of his costume that featured more traditional headgear, ultimately it just felt right to cleave closer to the source material.

What’s also interesting is that Marvel’s team took inspiration from the Vision for Mysterio’s MCU aesthetic, which makes sense, all things considered and yet the character still has a distinctiveness to him that makes his presence on the screen feel unique.

Given the tricksy way Far From Home ends, there’s a very slim chance that the MCU hasn’t quite seen the last of Mysterio yet, and should he ever pop up again in the future, you could easily imagine him sporting one of these alternate designs.