The History Of Rainbow Road Speedrunning Is Filled With Bugs, Shortcuts, And Rivalries

The various Rainbow Road tracks that have appeared in every Mario Kart game are some of the most famous tracks in the entire franchise. They each are unique in their own ways and have attracted a large number of talented speedrunners, all hoping to set the fastest time. YouTuber Summoning Salt has put together a wonderfully detailed documentary going over each version of Rainbow Road and how different speedruns strategies and rivalries formed and changed over the years.

Since 1992, hundreds of speedrunners have set faster and faster times using their skill and a combination of various techniques, bugs, and shortcuts. And or each version of the famous and colourful track players needed to figure out new ways to shave seconds and milliseconds off their records.

For example, one of the most popular Mario Kart games, Mario Kart 64, is surrounded by rails. To find shortcuts and score faster times, players had to figure out points in the track where perfectly timed boosts and turns could allow them to leap over the guardrails and onto different parts of the track.

One of the most famous skips on this version of Rainbow Road is known as the “Spiral Jump” and can shave off 10 seconds off your final time. 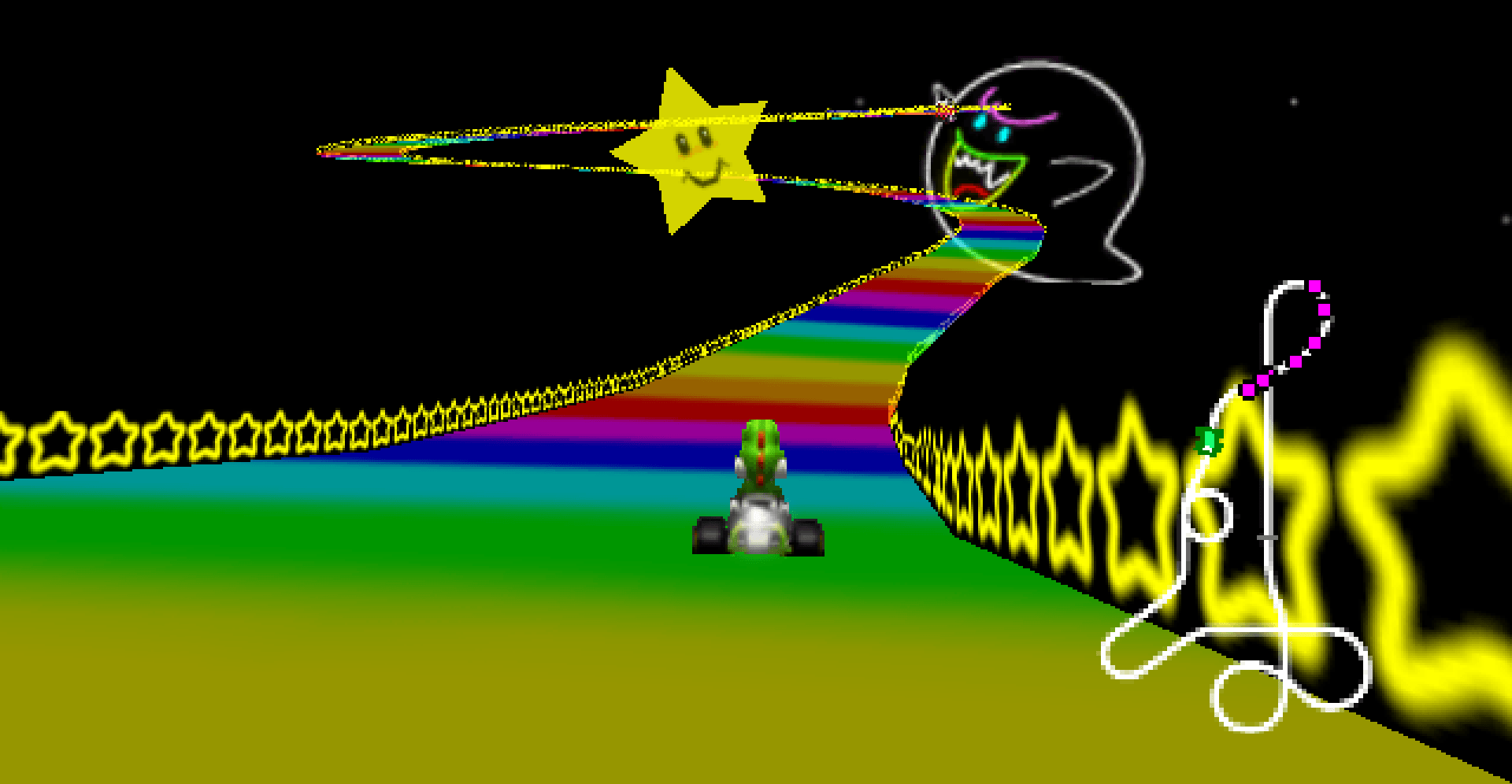 In one game players had to do some hardware modding. This happened in Super Mario Kart for the SNES, the first game in the series. Players found that the bottom of the D-Pad had small rubber nubs which prevented two directions being pressed at once.

If these nubs were shaved down, players could boost in the game more effectively. This modification of the controller was considered fair and in fact, was seen as a way to level the playing field.

The idea is that over time these nubs would naturally rub off, meaning some players might have an advantage over players using newer or lesser-used controllers. Though for purists there are leaderboards that track times completed using non-modded controllers.

In fact, nearly every version of Rainbow Road has multiple leaderboards, often splitting up runs that used shortcuts and runs that didn’t. Other leaderboards are split between country and version.

All of this and much more is covered in great detail in the full video by Summoning Salt. The entire video is over 45 minutes long, so grab some snacks and get comfortable.

Even if you don’t play Mario Kart, Summoning Salt does a great job adding tension and drama into some of the runs and really explaining things in a way players unfamiliar with speedrunning will understand.