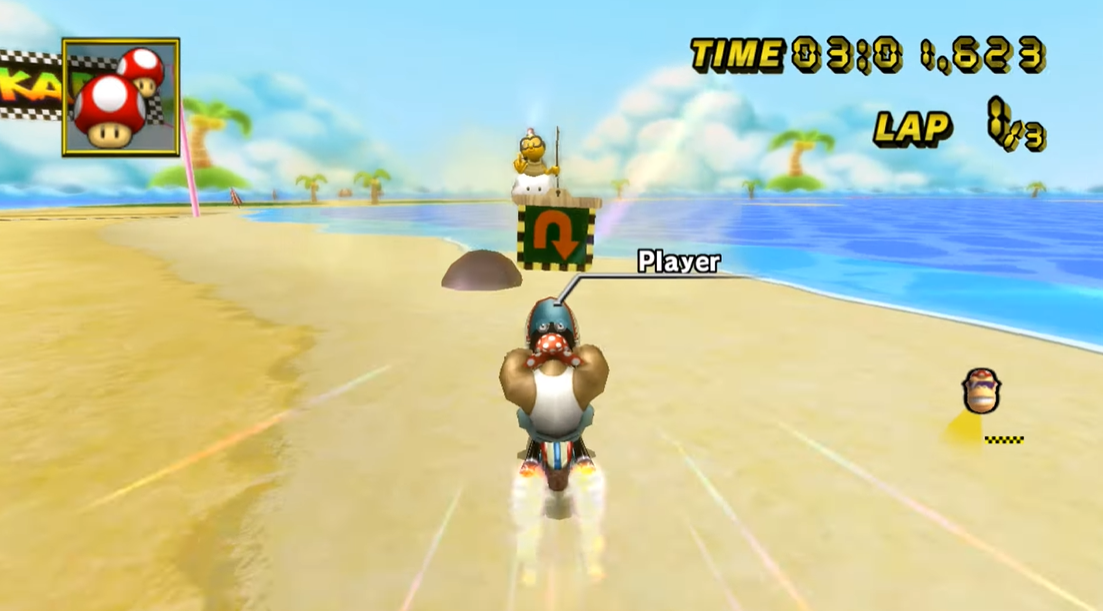 Mario Kart Wii remains the best-selling game in the series, and despite being over a decade old, players are still discovering new secrets hidden deep inside its 32 courses. Just last week, three new shortcuts were discovered, continuing the race to try and find one for every course in the game.

Prior to July 11, there were only 18 known Ultra Shortcuts in Mario Kart Wii. While the game is full of all sorts of shortcuts, Ultra Shortcuts are defined by speedrunners as glitches that allow players to skip more than 50 per cent of a lap.

While Ultra Shortcuts aren’t unique to Mario Kart Wii, it has by far the most of them out of any game in the series. New ones are still discovered occasionally — two others were found earlier this year — but the discovery of three new ones within 24 hours is unheard of.

FlaminFunky, a Mario Kart Wii enthusiast, recently documented how the new Ultra Shortcuts work on YouTube. All the new shortcuts were found in tool-assisted speedruns (TAS).

The first is on N64 Bowser’s Castle and was discovered by a player called speedrunner MKWLuke. It requires the player to move a little bit up the track at the beginning of the race before turning around and using their starting mushroom speed boosts to perform a rapid-fire hop into a rapid-fire hop ejection.

A complex manoeuvre, it requires a pixel-perfect speedboost over the edge as Funky Kong pops a wheelie, and is so precise it can only be completed using a TAS.

With this manoeuvre, it’s possible to clip off the right side of the track far enough into the back lava for the game to spawn the racer prior to the start of the race. The player then falls into the lava behind where they respawn to start even further back, at which point the game will register them as having moved forward rather than backward, counting the next time they cross the finish line as one completed lap.

The second, found by a player called Catfish, is on GBA Shy Guy Beach. It requires waiting three minutes for a bomb to drop just ahead of the finish line, making it viable only in the final lap.

By turning around and speed boosting over top of it right before it explodes, it’s possible to get enough air and go far enough into the surrounding ocean to again trick the game into respawning the player behind the finish line. Moving across it then counts as a full lap.

The third Ultra Shortcut was discovered on Koopa Cape by BlazeMSX. This one also requires the combination of a rapid-fire hop and ejection, this time to clear the gap directly in front of the start of Koopa Cape while going in reverse.

If they’re performed at the right time, it’s possible to clip into the side of the track directly behind the gap and ride through it until it gives way to a hidden waterfall. After dropping into the water, the game sends Lakitu to retrieve the player and respawn them back on the track, where crossing the finishing line will be registered as a completed lap.

Both the N64 Bowser’s Castle and Koopa Cape Ultra Shortcuts currently rely on glitches that can only be exploited using a TAS, but they do bring the game that much closer to the holy grail of every course having some sort of major skip inside of it.

“I think that the speedrunners and TAS programmers continue to stick with this game because Mario Kart Wii is a game that is unlike all the rest,” FlaminFunky told Kotaku in an email.

“The unique mechanics and crazy glitches are a trait of Mario Kart Wii that’s mostly unique [among] Mario Kart games (although Mario Kart 64 can be similar at times) and it drives them to create and achieve new things over 11 years after the game came out.”

According to FlaminFunky, one of the next likeliest candidates for a shortcut breakthrough is GBA Bowser’s Castle. A player by the name of TAS Snoop discovered a skip for the first checkpoint on that track, leading other players to search for others that could be exploited to make a 15-second lap possible, at least for computers.

Even if humans can’t pull it off, though, it’ll bring the game closer to its ultimate destiny in the eyes of some of its most hardcore players.