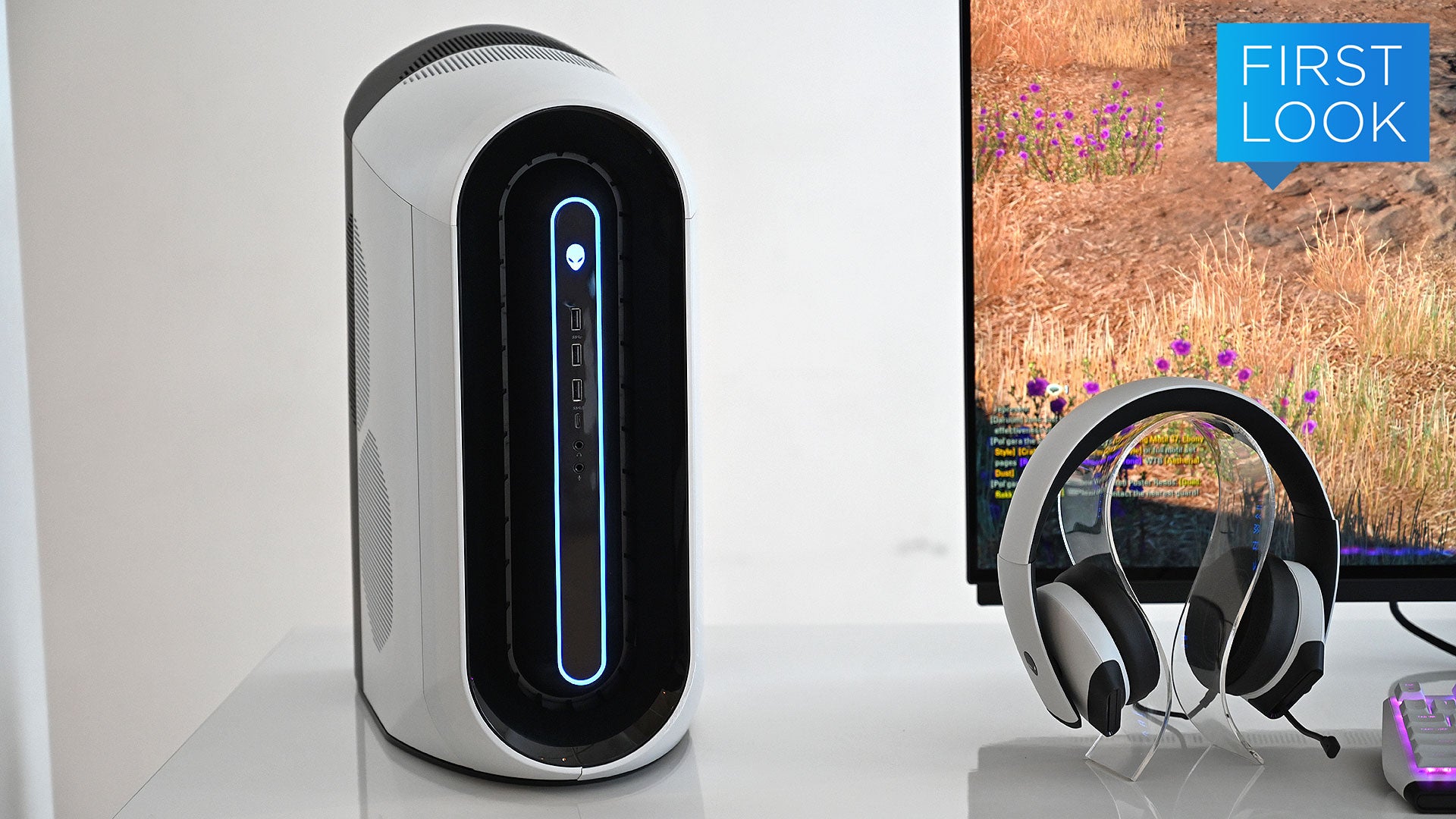 Earlier this year, Alienware overhauled its flagship laptop — the Area 51m — and now, Alienware has returned to finish the job by giving its top-spec desktop a full makeover with a new design, upgraded components, and way better cooling.

Available in both black and white models, the revamped Aurora desktop features the same Legend ID design language Alienware introduced on the Area 51m, which I think looks better in desktop form than on the company’s 17-inch laptop.

In front, the Aurora’s rounded facade not only enhances its futuristic vibes, but it’s also functional, as Alienware uses the gaps between the system’s front ports and case sort of like a turbine. 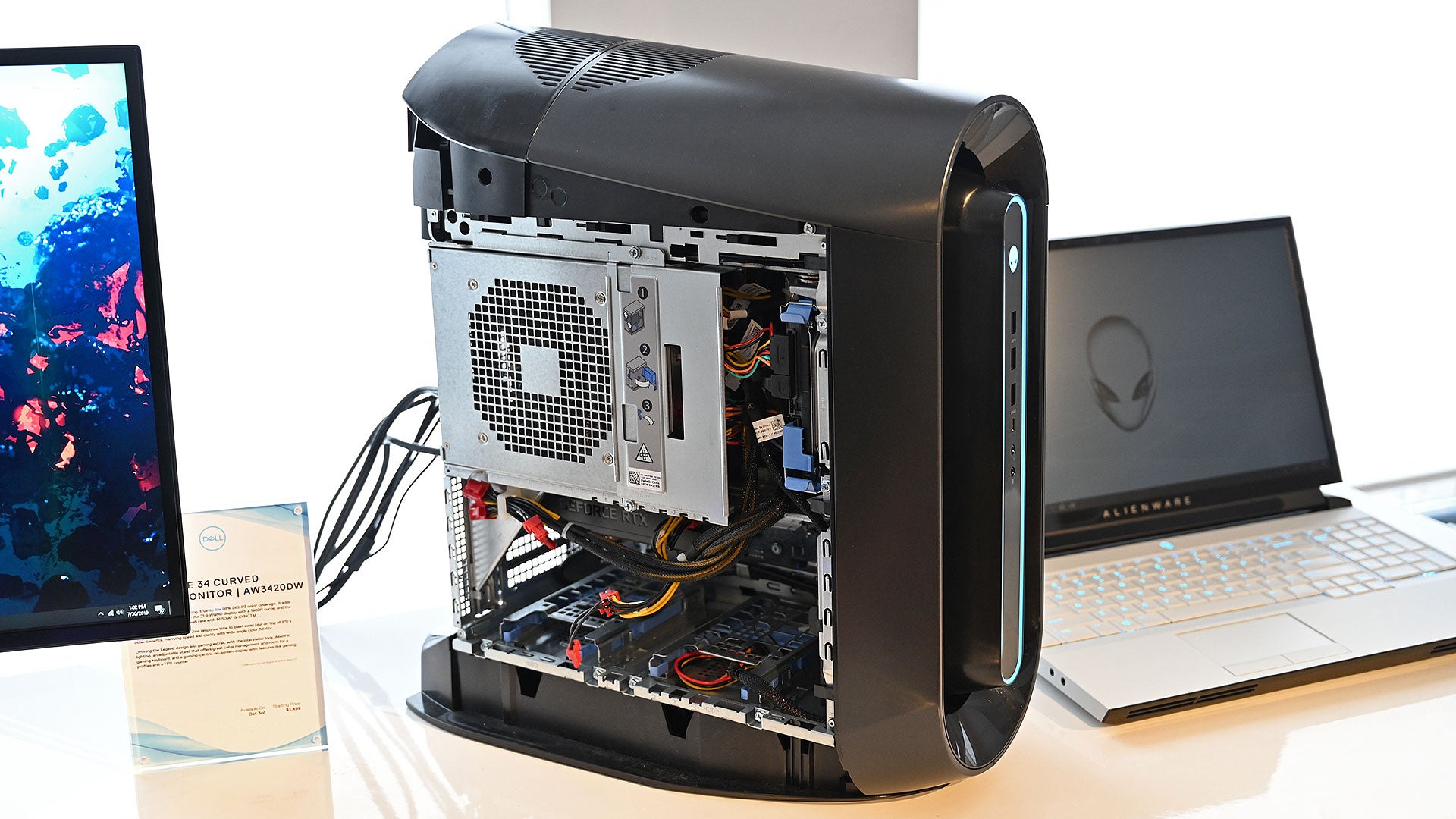 Meanwhile, on the inside, Alienware improved the Aurora’s upgradability thanks to a new swing-arm mechanism that allows for tool-less replacement of the desktop’s GPU. It also acts as a shield to protect internal components from potential sources of radio wave interference.

For a company with a past littered with wild-looking computers inspired by sci-fi spaceships and little green men, the Aurora’s appearance seems somewhat understated. There are only two zones of RGB lighting (around the front ports and behind the Alienware logo on the right), and the Aurora doesn’t have a single glass panel or window, so the only way to peek inside the system is by removing a side panel.

And while the Aurora might appear somewhat bulky, the Aurora is smaller than it looks. Alienware classifies the Aurora as a mid-tower desktop, with the entire system based around an Intel Z370 micro ATX motherboard. 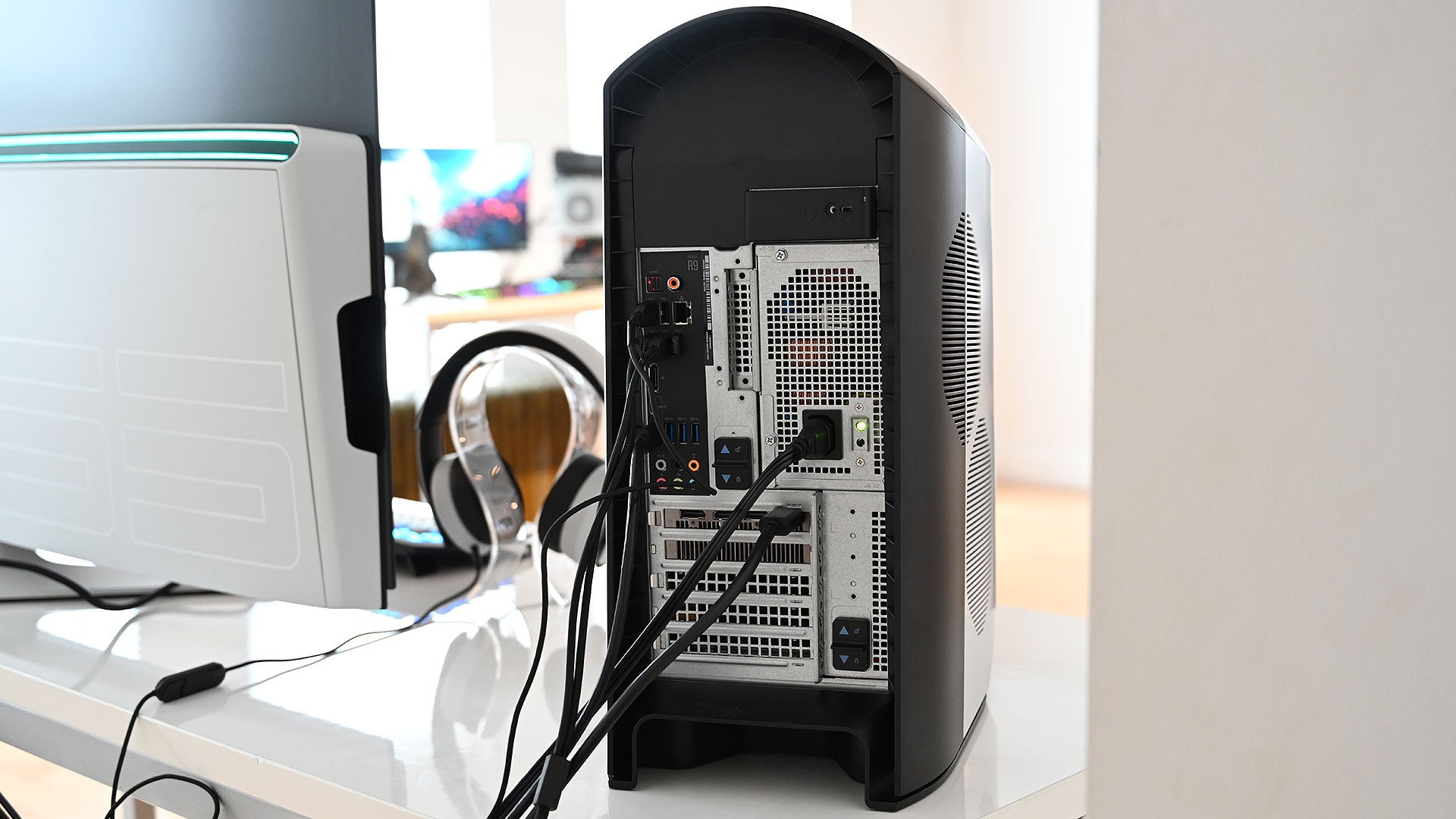 As for components, the Aurora can be configured with all the latest components ranging from a 9th-gen Intel Core i3-9100 CPU up to an eight-core Intel Core i9 9900K processor, which Alienware overclocks to 4.7-GHz across the entire chip.

The Aurora can also be equipped with up to 64GB of RAM along with a number of Intel Optane hybrid storage options, while available graphics include nearly the full range of cards from both Nvidia and AMD, all the way up to configs with dual Radeon RX 570 XT or dual RTX 2080 GPUs. 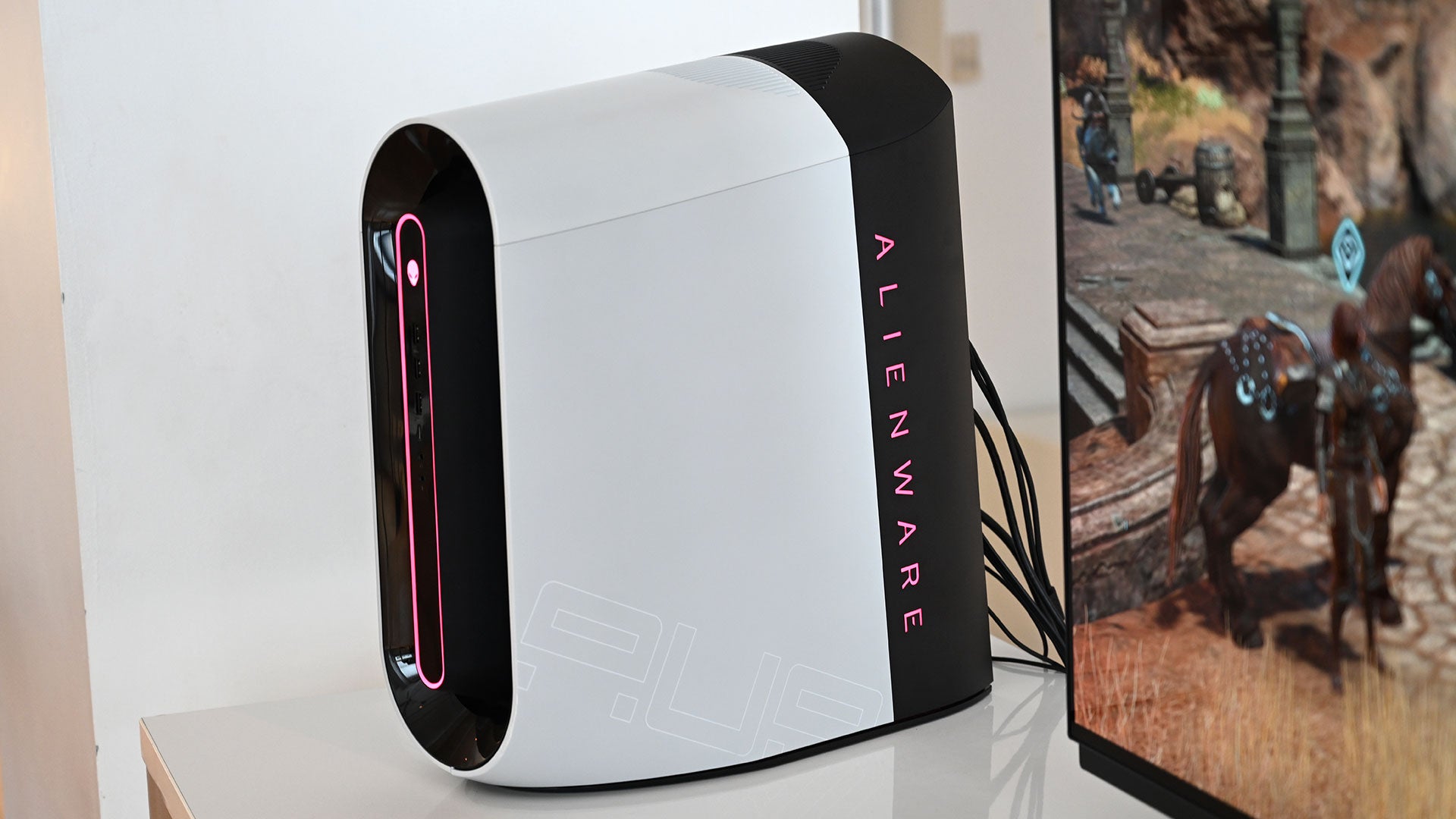 This level of customisation means that new Aurora can be had for as little as $US970 ($1,434). Just don’t be surprised if that price goes up quickly when you start upgrading various components. The Alienware Aurora will be available starting August 20 in the United States.

Editor’s Note: There are no current details of Australian pricing or a local release date.

And if for some reason you don’t like the Aurora’s new look, the old triangular-shaped model will still be available with support for most of the new version’s updated components.