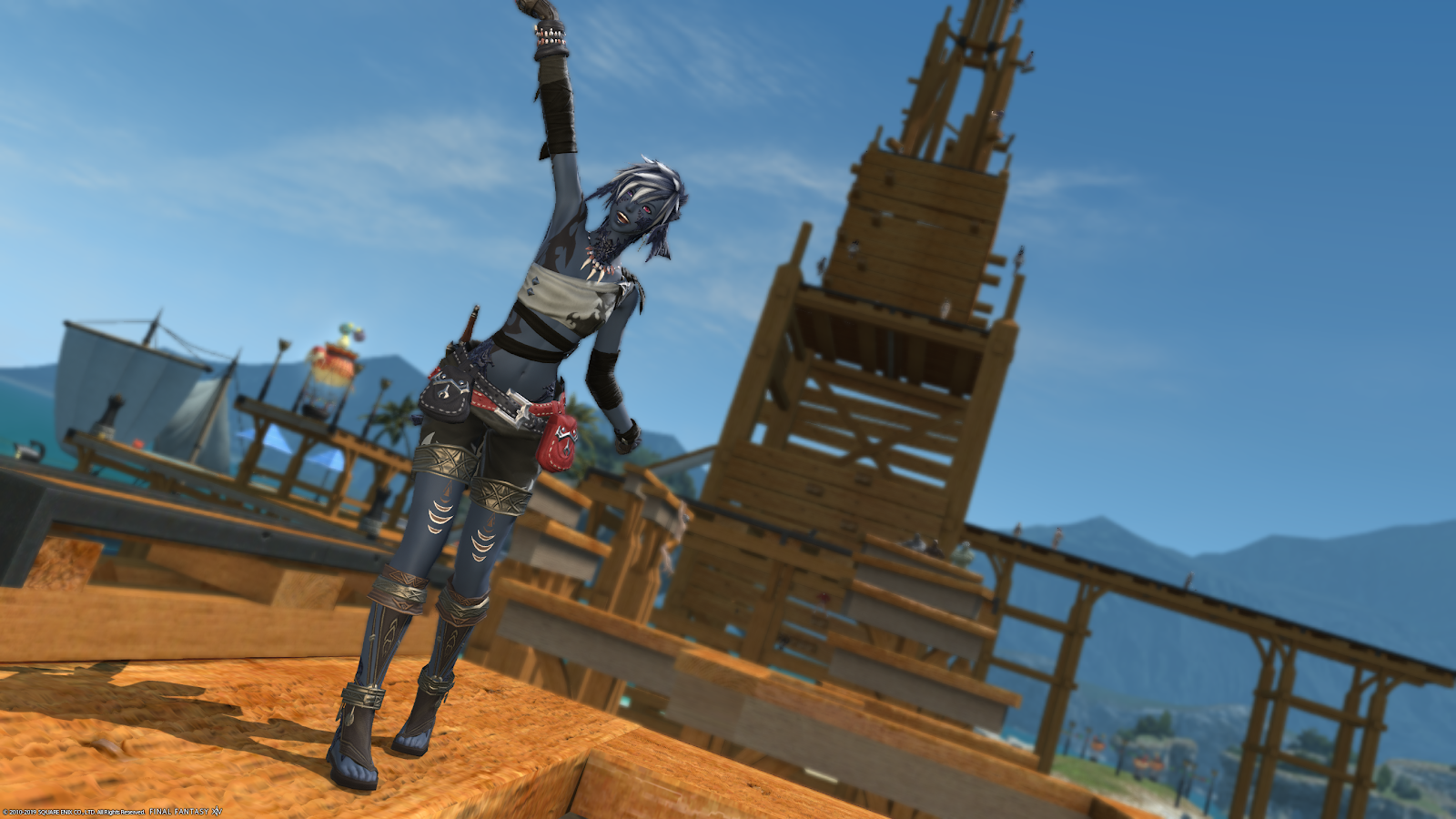 Games are full of deadly enemies from zombies to dragons, but most share one enemy in common: gravity. Pits, ledges, canyons, moving platforms. No matter what setting players are in, there’s always some reason to jump. Some games even offer tricky obstacle courses. These jump puzzles are both joyous and frustrating. They are unsung juggernauts of fun and fury, and I love them.

Final Fantasy XIV’s latest event, the Moonfire Faire, is live until August 26. Among its various challenges is a massive obstacle course and jumping puzzle. It’s a chance to test your coordination and dexterity. Jumping puzzles have a long lineage in MMORPGs as a side activity away from combat or crafting. Guild Wars dots the landscape with hidden paths to cross, and Star Wars: the Old Republic hides stat-boosting holocrons reachable only through complicated leaps and bounds.

Jumping itself is one of gaming’s most common actions. Players have been jumping for decades, and jumping puzzles are the logical conclusion of a pastime that gave us Pitfall, Super Mario, and an entire platforming genre. Part of the appeal is a chance to feel a sense of “embodiment,” a deep feeling of being in your character’s body.

Embodiment is sometimes a contentious topic in game design, since there’s a lot of different ways to make players feel like they’re really inhabiting someone else. For some games like Red Dead Redemption 2, the solution is to take things slow.

Lumberous animations take every single frame possible to express actions in their entirety. Arthur Morgen doesn’t just jump: he bends down, plants his knees, arches his back, and lifts up before coming back down with a hard landing. That’s not how you want someone to control or move in a jumping puzzle. You want Mario, not molasses.

In the case of Final Fantasy XIV, the key to a sense of embodiment is giving players just enough control over their body. That means being able to turn fast in the air with the spin of a mouse or control the arc of their jump ever so slightly as they fall. Giving extra control allows players to feel like mistakes are their own, even if they can’t do something as dramatic as change the full direction of their jump once in the air.

That last part is important and key to what makes jumping puzzles so enjoyable. There is a sense that there are rules to the world, and that players can come to understand them. Gravity, speed. Learning how to run at just the right speed to get extra distance, or knowing that it’s best to leap to the next platform at an angle, in case the arc of a jump is too long, imparts a sense of knowledge.

Finding little hacks and techniques allows players to experience growth and improvement beyond simply levelling up. It also allows for differences between each player that are visible in multiplayer games. Oh, that’s the guy who can handle corner jumps. There’s the person who takes one step back on each platform. Everyone has their own tricks.

Public jumping puzzles have the veneer of competition, as it’s hard not to compare your progress to other players’. What’s more exciting is how much progress and failure start to feel communal. There’s excitement to be found both when someone finally catches up to folks at the top, or when the whole group witnesses a spectacular failure.

Competition falls away and is replaced with a sense of shared struggle, even if you laugh out loud when someone tumbles from the highest point and swears profusely in chat.

The joy of jumping puzzles is both in finding control over your character and camaraderie with other players. They dance the line between a race and a collaboration, sticking to one of gaming’s longest-standing mechanics and using it to great effect.

Sure, you might get the same excitement in a match of PUBG or a high-stakes Grand Theft Auto race, but there’s something romantic about how much you can get out of something as small as jumping.