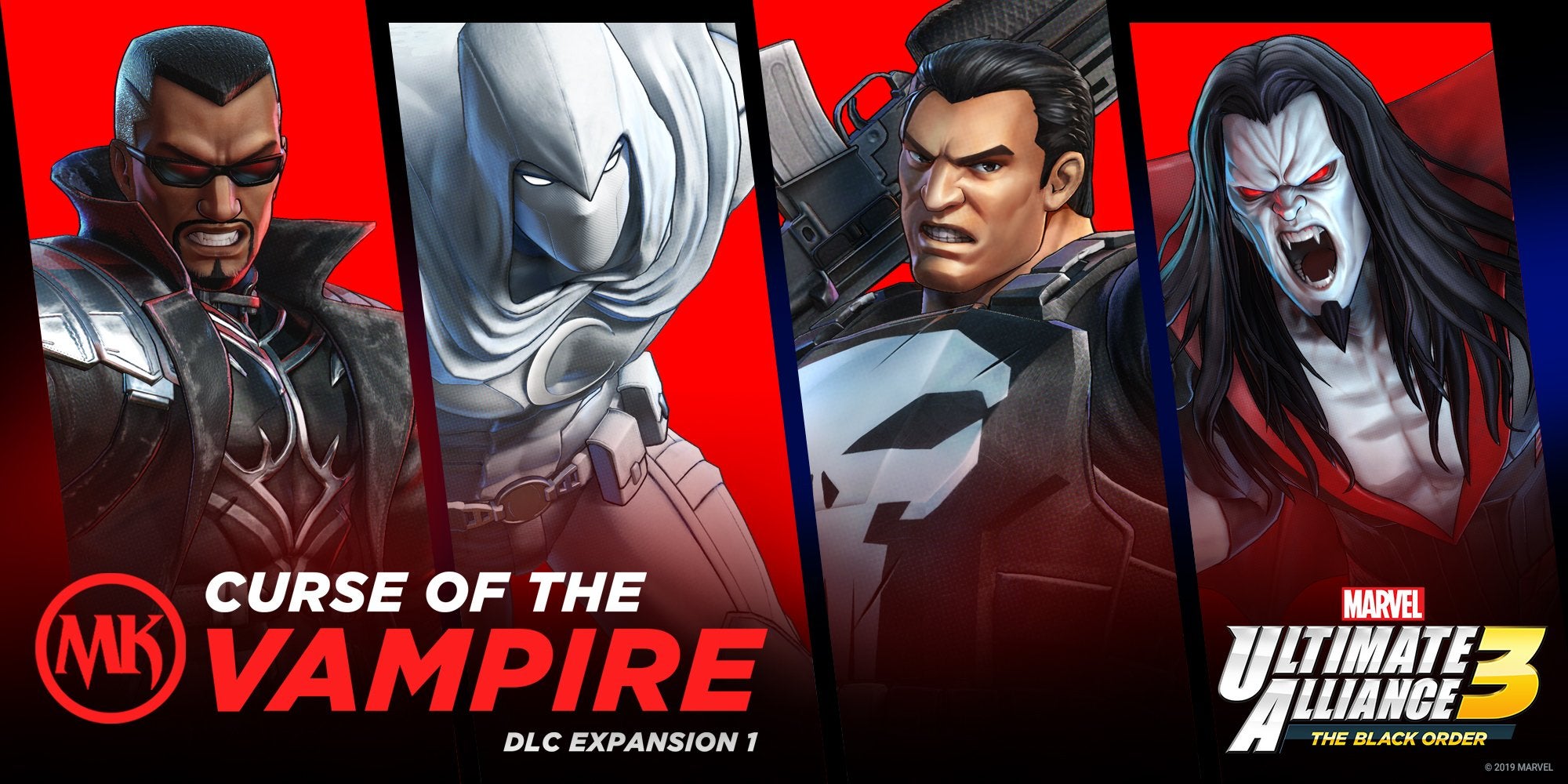 The first of three planned downloadable expansions for the Switch-exclusive Marvel Ultimate Alliance 3, Curse of the Vampire adds one and a half vampires to the game’s roster and an all-new rapid-fire co-op challenge called Gauntlet Mode on September 30.

Detailed on Nintendo UK’s page for the Ultimate Alliance 3 expansion pass, Gauntlet Mode pits one to four players against a series of co-op challenges, where they can earn rewards for their efforts.

The expansion pack also introduces an Endurance Mode, which sounds like a survival mode with online leaderboards, and a new Infinity Rift filled with its own unique missions.

All of that plus Moon Knight, Punisher, Morbius the Living Vampire, and Blade the Half-Vampire. I stopped listening after Moon Knight.