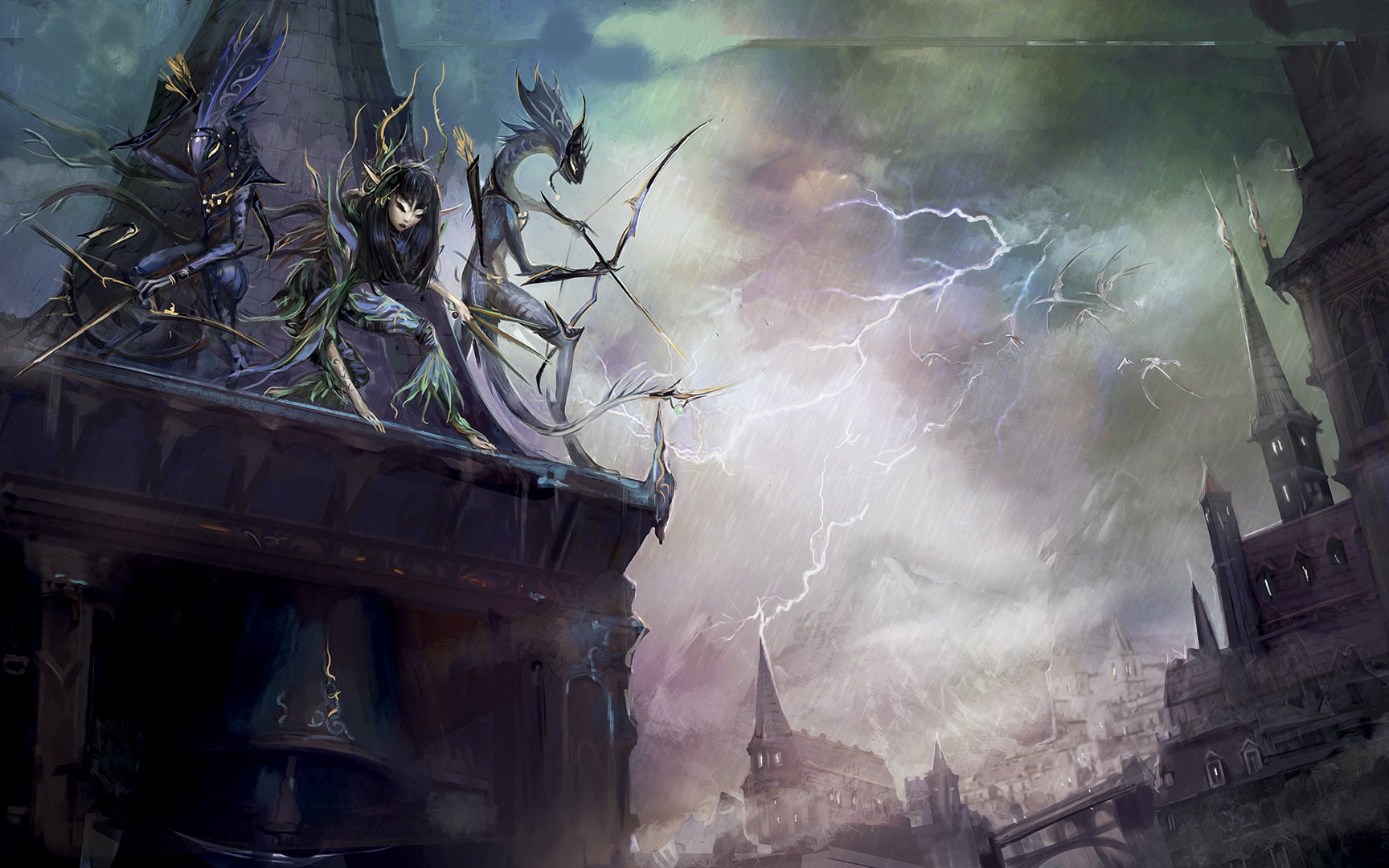 Some art from <em>Divinity: Original Sin II</em>, a game I could not play this weekend. (Image: Larian Studios)

Recently, a close friend of mine returned after having been out of town for a little while—like way out of town, where time zones made real-time communication out of the question, even though we live in The Future. To celebrate his return to my time zone, we decided to play some games together online and catch up. This proved almost impossible.

The idea sounded simple enough. We’ve got a co-op campaign of Divinity: Original Sin 2 going, and jumping back into that seemed like the way to go. But there were hiccups. First, we realised his Xbox Live Gold had expired, so he had to take a few minutes to re-up that. Then, once we booted up the game — which we hadn’t picked up in months — we had to remember how to even join each other’s game. At the title menu? From the in-game pause menu? Is it better if I look for him, or if he invites me?

Whatever. We both like role-playing games, so that means we love menus. After a few more minutes, we figured out how to join a game together. Trouble is, once we were in that game, we got hit with an unusual amount of lag.

The game was unplayable. In Divinity’s turn-based battles, my actions were just not registering, either keeping us at a standstill or making my characters do things I did not actually want them to do.

So we decided to try another game. Then our real troubles began. First, there was the usual sorting out what games we both had, had installed, and also felt like playing. This whittled down the list to just three games: Apex Legends, Diablo 3, or The Division 2. Each very different from Divinity, but, fine. Compromises had to be made, right?

But wait! We only had Diablo 3 on Switch. Did we need the online subscription for that? Did we have that? Better to play it safe and stick to Apex Legends… Which, as it turned out, I did not have updated. Downloading a quick update on PS4 can be relatively painless, but not this time. Whatever that console does when it says it’s “copying” said update? It’s freaking interminable. We’re adults with stuff to do, you know?

By this point, we were at three strikes already, but somehow, we still really want to game. Except it’s looking like The Division 2 needs an update also. I don’t remember who did not have that game updated (probably me, again — my console really isn’t doing anyone favours by not updating games I haven’t played in a while), but since I’m telling this story, let’s say it was him.

He comes up with a last resort: Sea of Thieves? It’s on another console, so we have to end the party chat on PlayStation and start up another one on Xbox. But, hey, at least we’ll be gaming, right? Oh wait. He was playing that game on his laptop, which was not on hand. Bruce Springsteen really knew what he was talking about when he said there were three whole consoles and nothing to play.

At this point, it’s been an hour. Maybe an hour and a half. That’s a whole-arse movie! Two episodes of Riverdale! The wait time for the DPS queue in Final Fantasy XIV! It is a ridiculous amount of time to just not be able to play a game together. It is also, in our very stupid version of The Future, completely due to how game systems have been designed to work.

There was really nothing we could’ve done, except to meet up in person and maybe play a game on the couch together. The irony? We had specifically decided to game online to save time.

In the end, we did the only sensible thing. We called each other on the phone while we each played Fire Emblem.