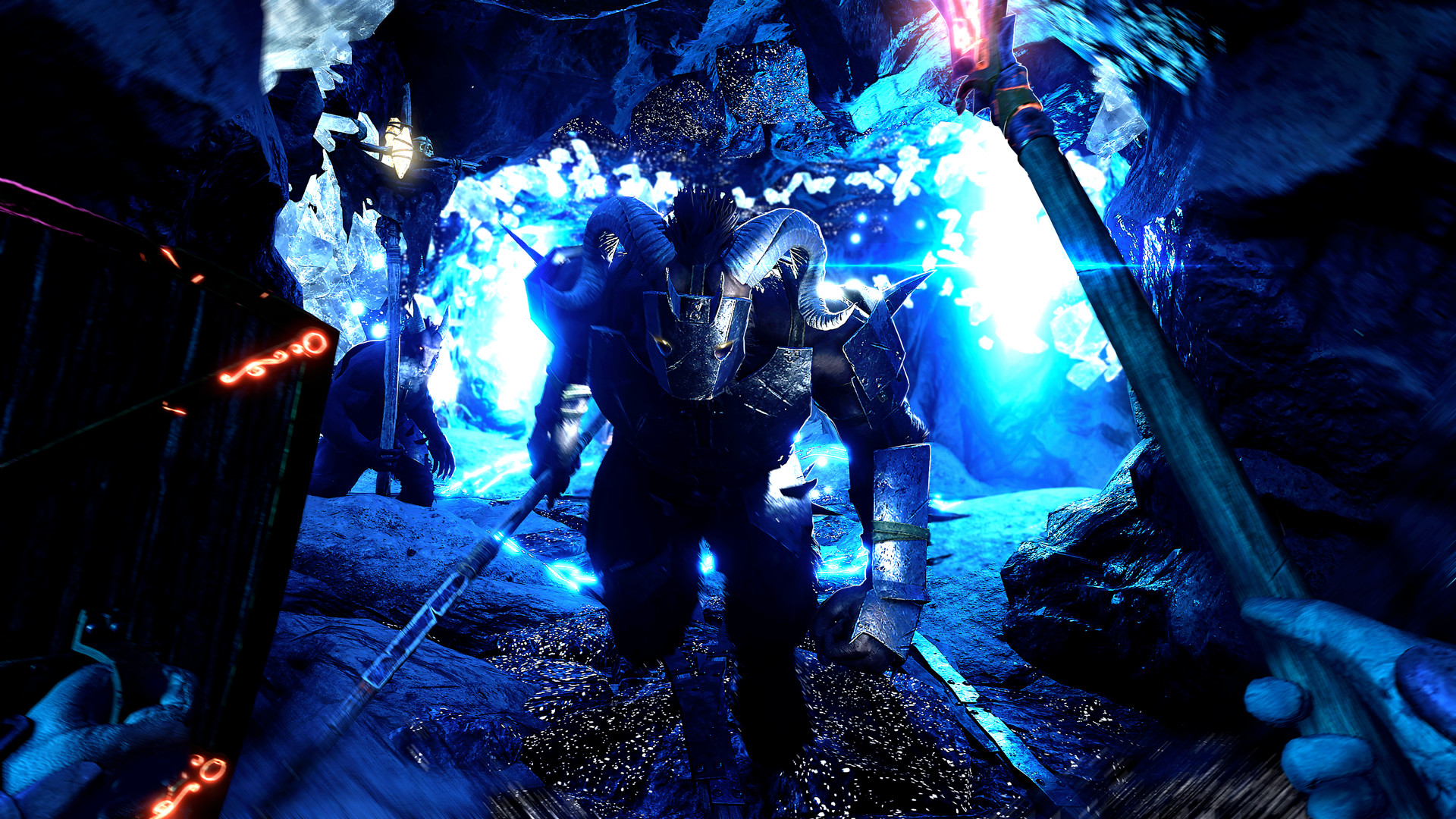 Developer Fatshark has called “Winds of Magic” Vermintide 2’s first expansion, but while it offers a completely new mode and progression system, it currently just seems like another DLC. On top of that, it feels unmoored from the strong lore and ambient apocalyptic mood that guided previous additions to the game.

“Winds of Magic” opens with a short animated movie focusing on the Beastmen, Vermintide 2’s first new enemy faction since it launched back in March 2018. Half man, half beast, the creatures look like a cross between a minotaur and a satyr and are so brutal and merciless there’s no one they won’t murder and eat, including their own parents.

The expansion’s lone new map, Dark Omens, revolves around a meteorite that recently crashed into a forest and has become a source of power for the Beastmen. The map is beautiful to navigate. What trees remain poke up across the horizon like burned matchsticks as sunlight filters through a thick cloud of dust and ash. And the Beastmen that stalk you at every turn move quickly and hit even harder, helping to reignite some of the fear I felt during my first few Vermintide 2 missions: a sense of menace and foreboding that dissipated as I got deeper into the game’s grind. 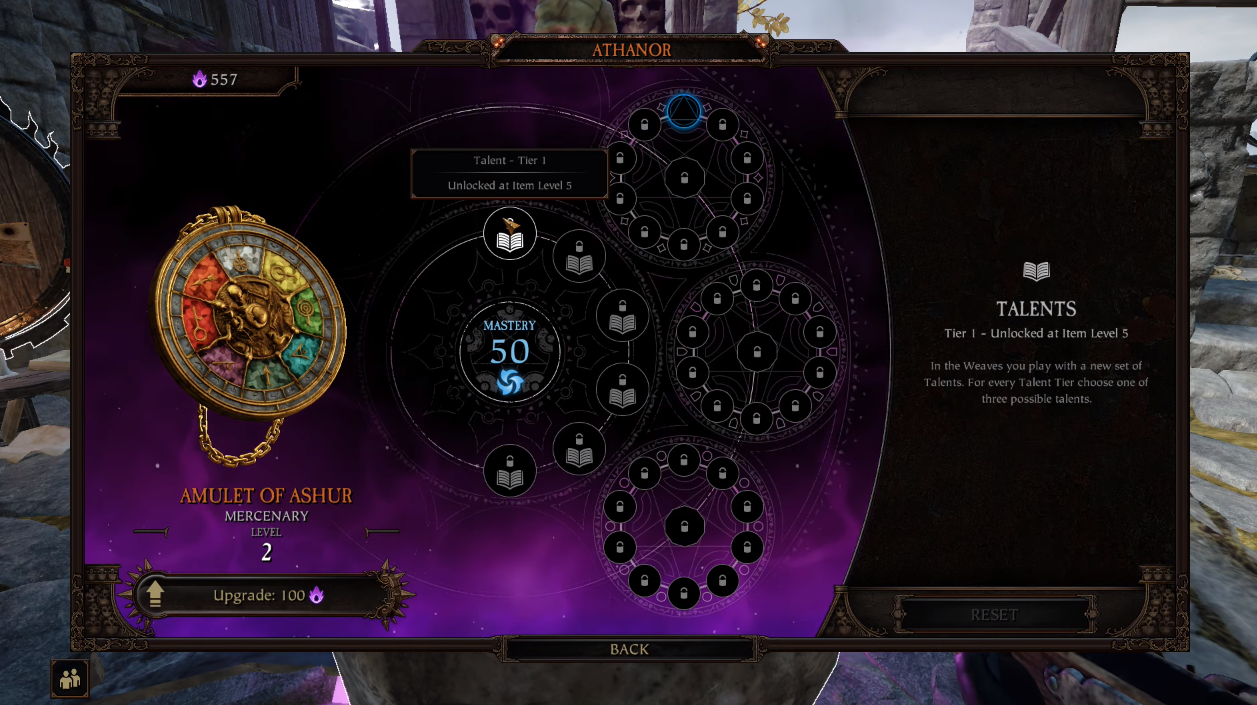 It’s disappointing that “Winds of Magic” doesn’t do more with that feeling, or with the Beastmen, through some larger narrative arc. The game’s first DLC, “Shadows Over Bögenhafen,” spanned two new missions which saw you investigate the source of a disease in the eerie remains of a blight-ridden city.

Its second, “Back to Ubersreik,” revisited scenes from the first game across three missions each with their own objectives and set pieces. Dark Omens is barely an appetiser by comparison. The Beastmen have been folded into the lineup of enemy mobs that can spawn, but their story and their unique role in the apocalypse ravaging the land go mostly untold.

Instead, the real focus of “Winds of Magic” is a new mode called Weaves. Rather than using completely new content, each Weave takes parts of existing maps, adds in new enemy encounters, and ups the ante by applying environmental effects like lava that might give you burn damage or enemy modifiers like thorns that can infect you with poison, slowing you down and generally ruining your day. There are 120 Weaves in all, each getting progressively harder, and a leaderboard. For the life of me, though, I can’t imagine why anyone would feel the need to master the challenges. 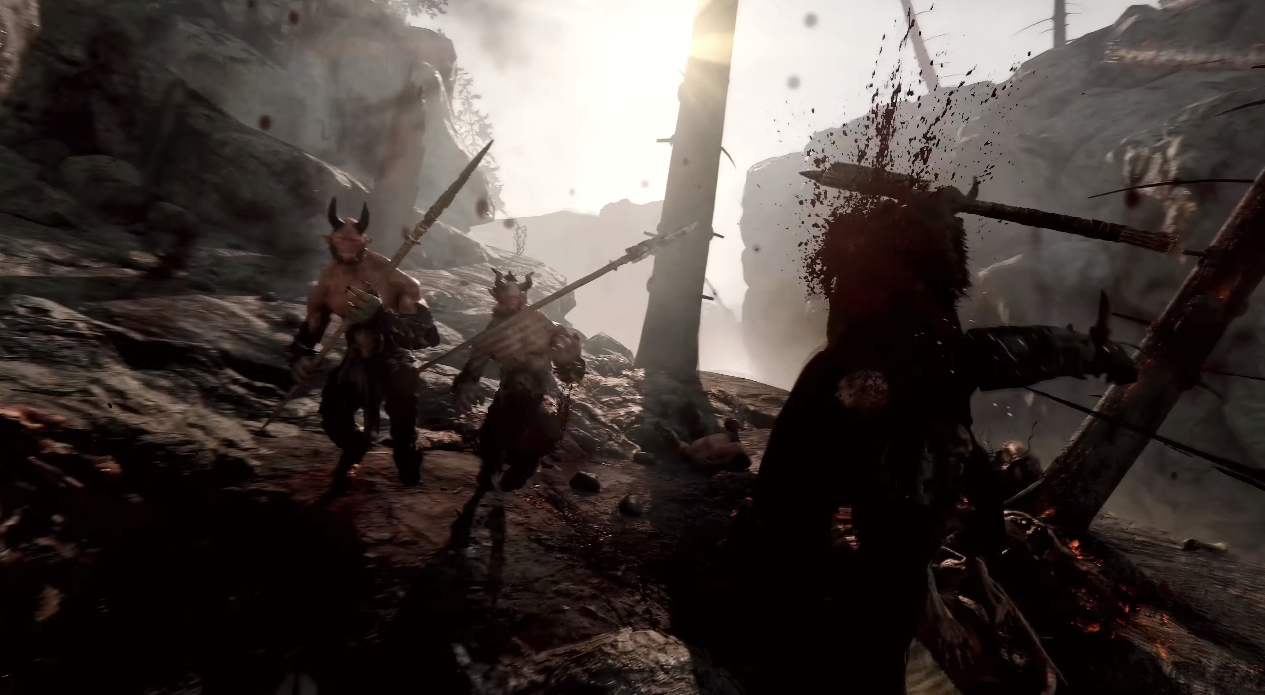 The “Winds of Magic” Weaves mode utilises an entirely new progression system called the Amulet of Ashur. It’s separate from the new game, so in addition to starting from scratch with a new character build for Weaves, your progress won’t carry over into the rest of the game, which is a shame because I actually prefer the Amulet. It lets you customise weapons and talents using a resource called Essence that you earn from completing Weaves, rather than being subject to the random loot drops and linear talent tree of the base game.

Still, starting over and grinding from scratch is a big ask, especially for a mode that’s divorced from the story and world building of the main game. Players can now replay older missions on the new Cataclysm difficulty, but there aren’t new, more powerful drops to chase or even attractive cosmetics to grind for.

Cataclysm, like the leaderboard-driven death march through Weaves, seems mostly geared toward testing the abilities of the game’s most committed, veteran players, and not necessarily on giving everyone else a reason to get back to hacking and slashing through hordes of grotesque Warhammer monsters.

There are lots of different reasons to play Vermintide 2, and mastering the finer points of its combat and character builds are certainly valid ones, but for the game’s first major DLC in its second year, “Winds of Magic” doesn’t feel very magical.