What’s Up Yubber Nubbers, This Hot Toys Wicket And Leia Set Is The Best Toy Of The Week

Welcome back to Toy Aisle, our regular round up of all the pretty plastic draining our wallets lately. This week: Star Wars’ actual best duo gets the Hot Toys figure set it deserves, Batman fights a familiar yet alien foe and the most loveably useless Pokémon in the world gets an adorable, silly plush toy. Check it out! 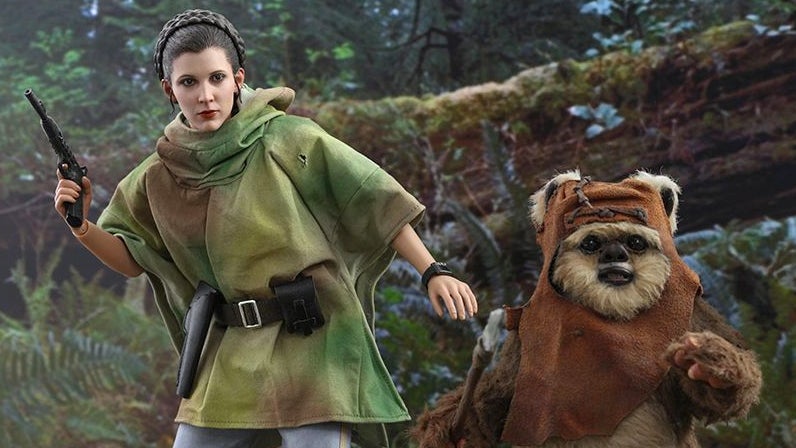 Not since Batman and Robin has there been as dynamic a duo as Princess Leia and Wicket the Ewok in Return of the Jedi. Without the two crossing paths and teaming up, there’s little chance the Death Star’s shield generator bunker would have even been breached, so why has it taken Hot Toys so long to commemorate this team-up?

ROTJ Leia features a movie accurate sculpt of Carrie Fisher with a new paint finish, Leia’s Endor uniform, and over 28 points of articulation. Wicket is equally drool-worthy with 23 points of articulation and multiple layers of weathered fabric hair. He even includes a pair of drumsticks plus Stormtrooper and Death Star Trooper helmets he can play as drums.

With Star Wars: Galaxy’s Edge open at Disneyland and soon to open at Walt Disney World, there’s renewed interest in the theme parks — which Lego is capitalising with a new set honouring one of the original Walt-approved attractions. The 2,925-piece Disney Train and Station set, available September 1 for $550, includes a fully motorised replica of the park’s steam locomotive with a tender (hiding the electric motor), a pair of passenger cars, and a short loop of track. It also comes with five minifigures, but instead of a miniature Walt Disney you get Mickey, Minnie, Goofy, Chip, and Dale, who are all dressed for working the rails. 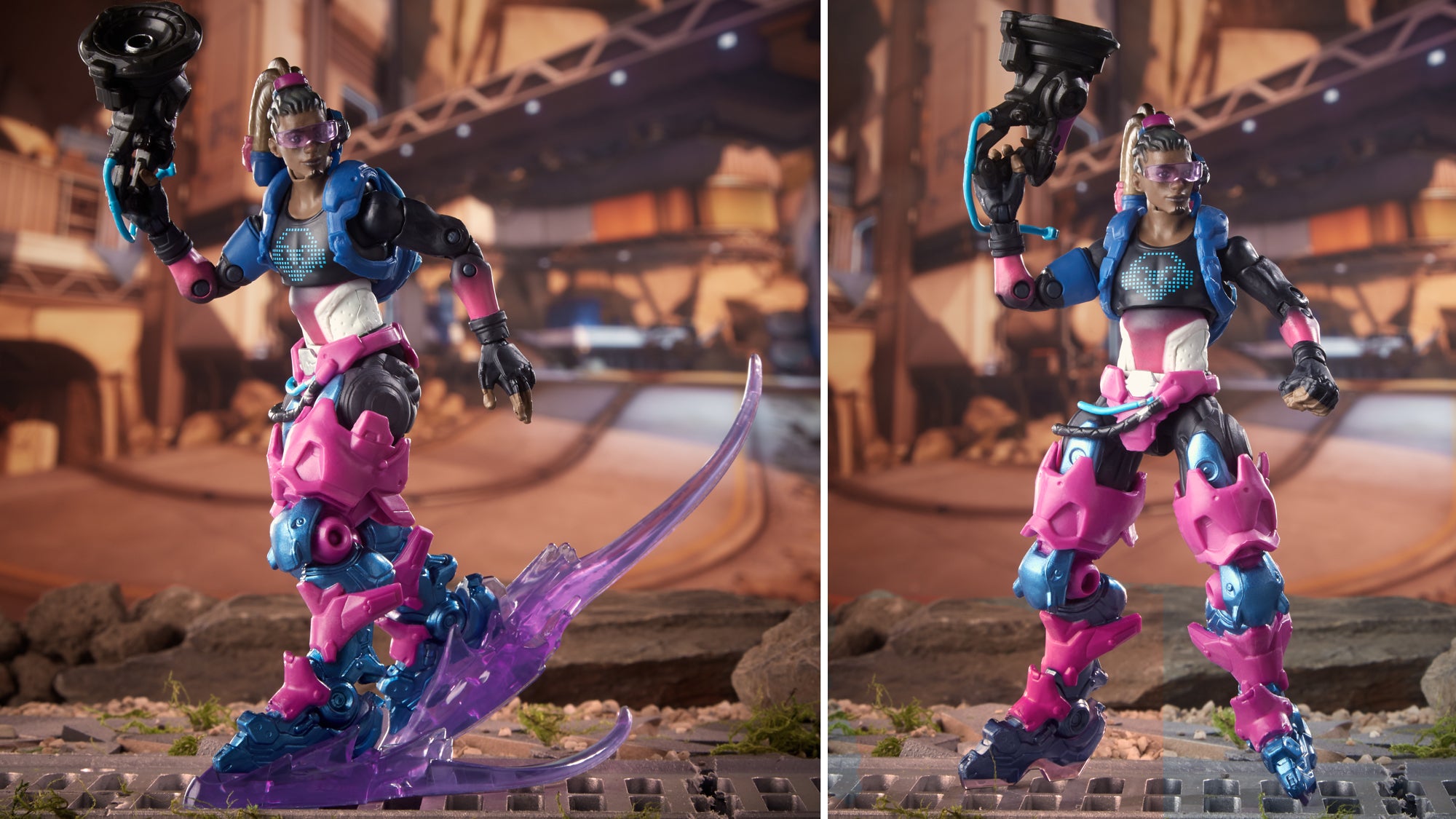 Hasbro’s line of Overwatch figures, much like the game itself, didn’t wait long until just diving into a litany of variant reskins. Its latest, exclusive to Gamestop, is based on DJ support hero Lucio’s neon-hued “Bitrate” skin, right down to the very cool looking equaliser version of his frog logo on the chestpiece. As well as a fresh look, Lucio’s equipped with his soundwave blaster from the game, as well as some special effects pieces to replicate his speed boost from the game.

Editor’s Note: Being a Gamestop exclusive, this is likely to appear at EB Games and Zing Pop Culture at some stage. 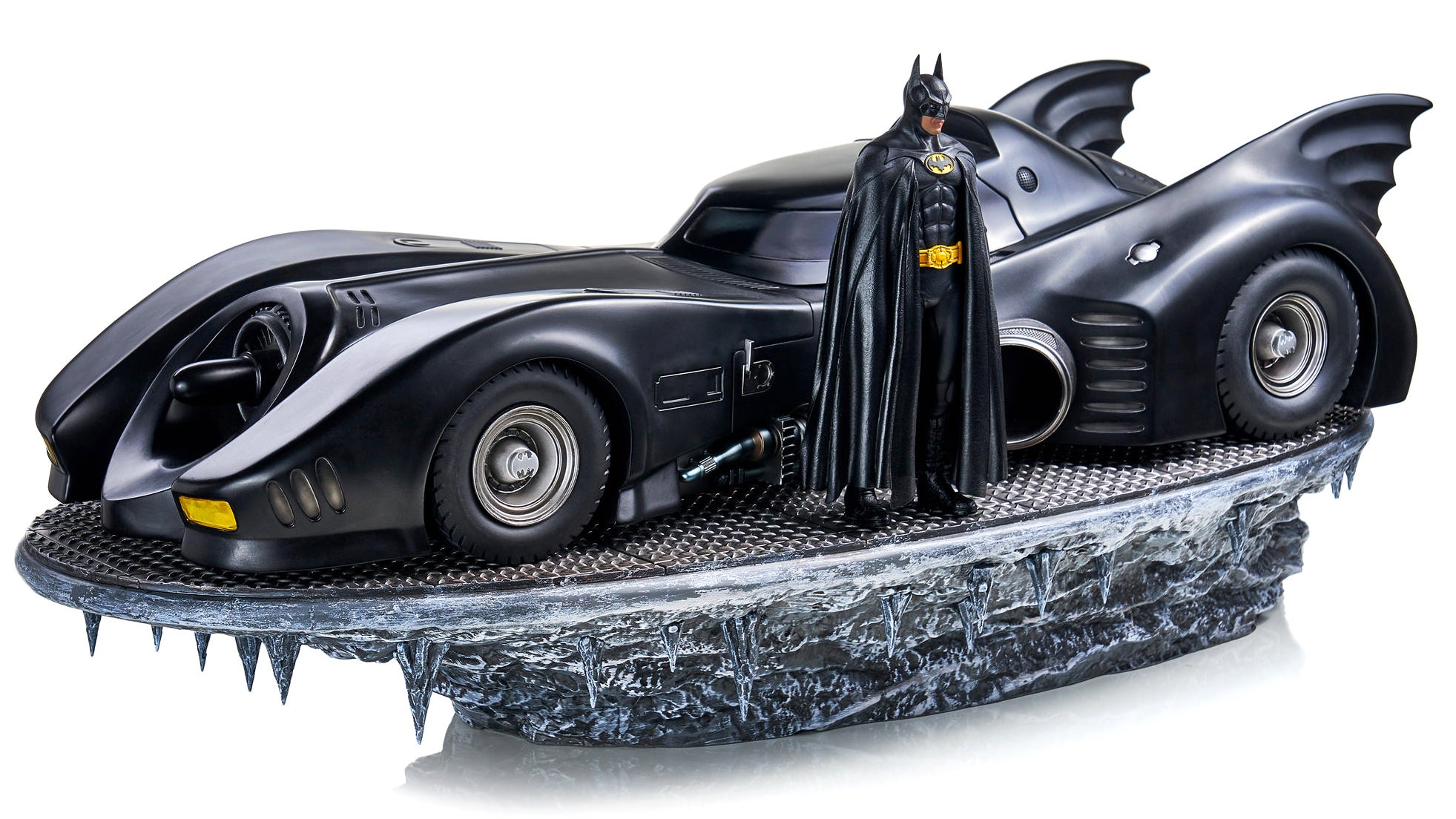 Thanks to its fantastic and totally original design, the Batmobile driven by Michael Keaton in Tim Burton’s Batman somehow manages to perfectly walk the line between being campy and one of the coolest superhero machines to ever speed across the silver screen. Iron Studios’ 1/10th-scale replica measures an impressive 30 inches long, and is 11 inches tall to the tip of its bat-fins on the back.

It doesn’t actually roll, which is disappointing. It’s instead sculpted from polystone but includes removable machine guns, a matching Batman figure, and a $US999 ($1,470) price tag when it’s available sometime in 2020 or 2021.

Editor’s Note: Iron Studios statues are usually stocked by Popcultcha in Australia, but this one doesn’t currently appear to be available for pre-order.

What kid wouldn’t want to curl up in bed with a plush version of Pokémon’s Magikarp character as it flops around, desperately gasping for water so it can breathe once again? For $44 (plus shipping) this animated recreation comes to life with a simple touch, wiggling and flopping around for 10 seconds before coming to the realisation that everyone is too entertained to save him and giving up. If you thought trapping Pokémon inside tiny little balls was cruel, this has to make you wonder if every Pokémon trainer is a full fledged sociopath. 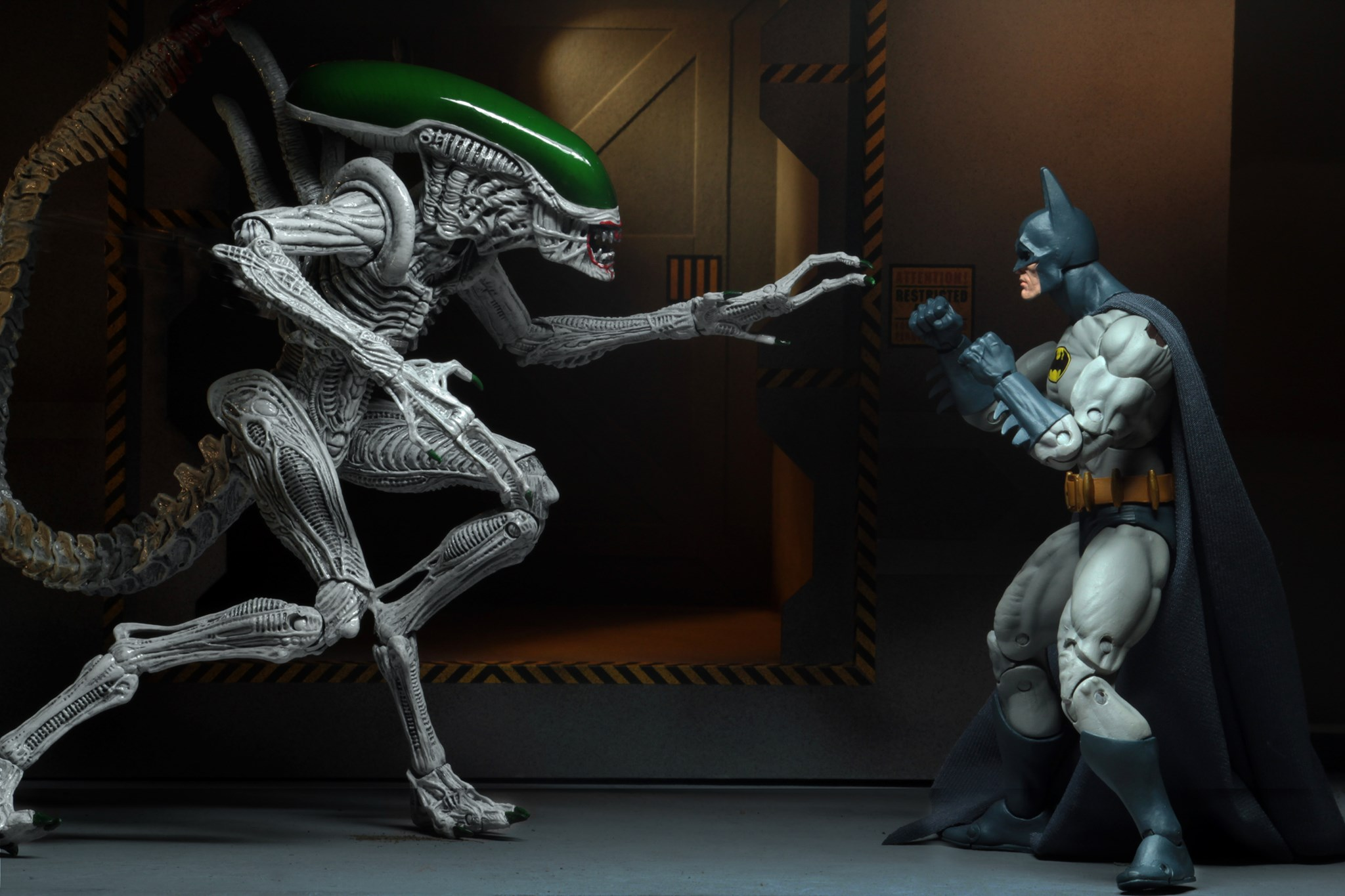 It feels like San Diego Comic-Con only just came to a close, but we’re already racing toward New York Comic-Con in October… which means it’s definitely time to start previewing exclusives!

NECA got on board early by showing off a spiritual successor to its DC and Alien/Predator two-packs from San Diego, in the form of a new set recreating the events of the 1997 Dark Horse/DC followup crossover comic. In a scenario where xenomorphs have been created from the DNA of Batman’s most dangerous foes, the Dark Knight is forced to battle a sickly-white alien born from the Joker.

Aside from the figures themselves, there’s not much in the way of accessories in the set — Batman has an alternate hand to pose him throwing a probably very useless-versus-aliens batarang, but the Joker Xenomorph does come with a bendable tail, all the better to jab Batman with. Ooh err. [Toyark] 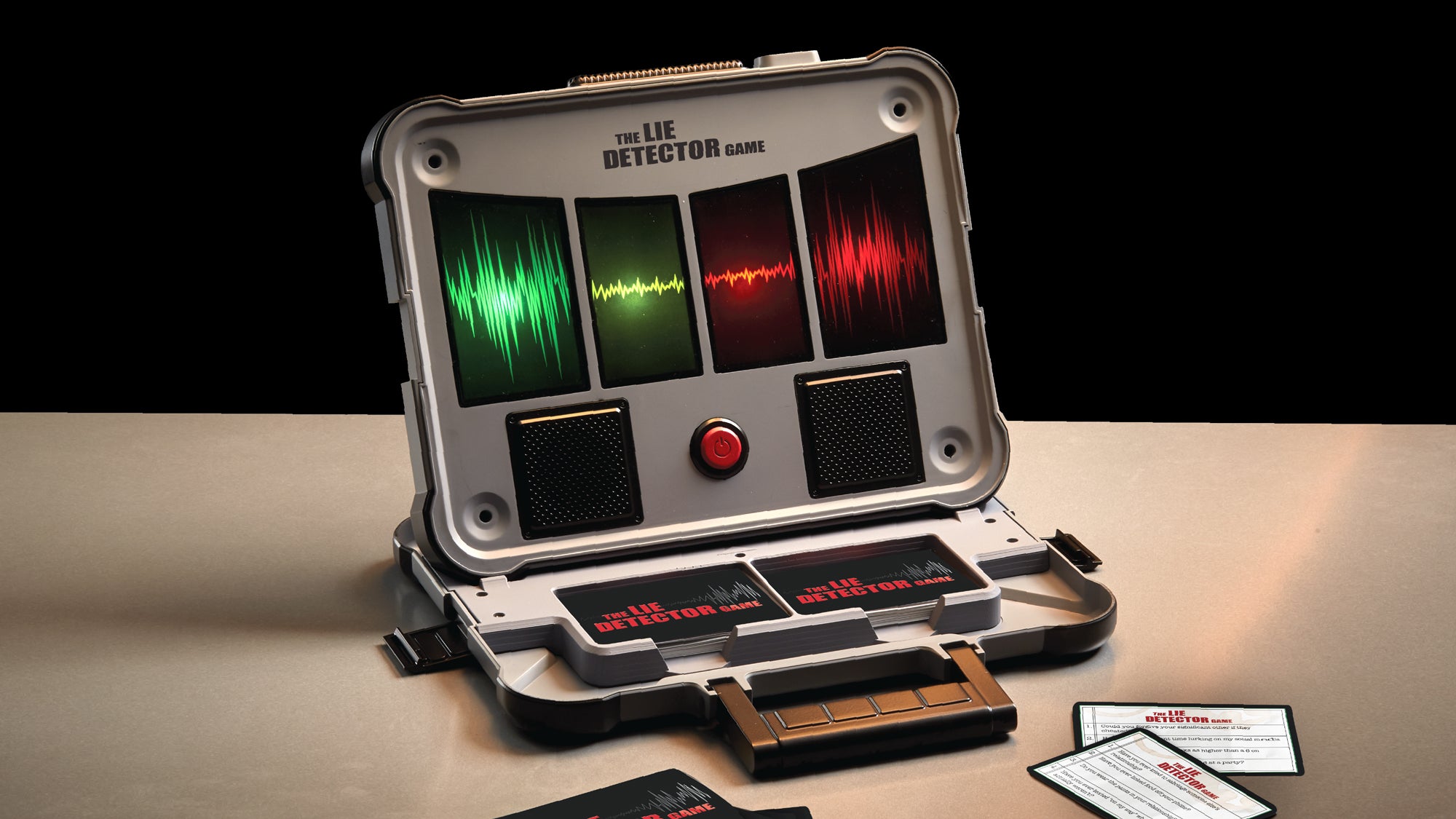 Do you find board game night isn’t creating enough of a rift between your friends and/or family? Hasbro’s got you covered with its new Lie Detector Game, which includes what the toy maker claims is an actual working lie detector that relies on vocal recognition to detect subtleties in a player’s voice when answering simple yes or no questions.

The $US30 ($44) game includes a collection of 252 uncomfortable questions but players can also customise some of them to crank up the pressure. Telling the truth earns your team a point, while lying gives the point to your competitor.

Editor’s Note: This doesn’t currently appear to be available in Australia, but it is being offered by Toys R Us in some regions.