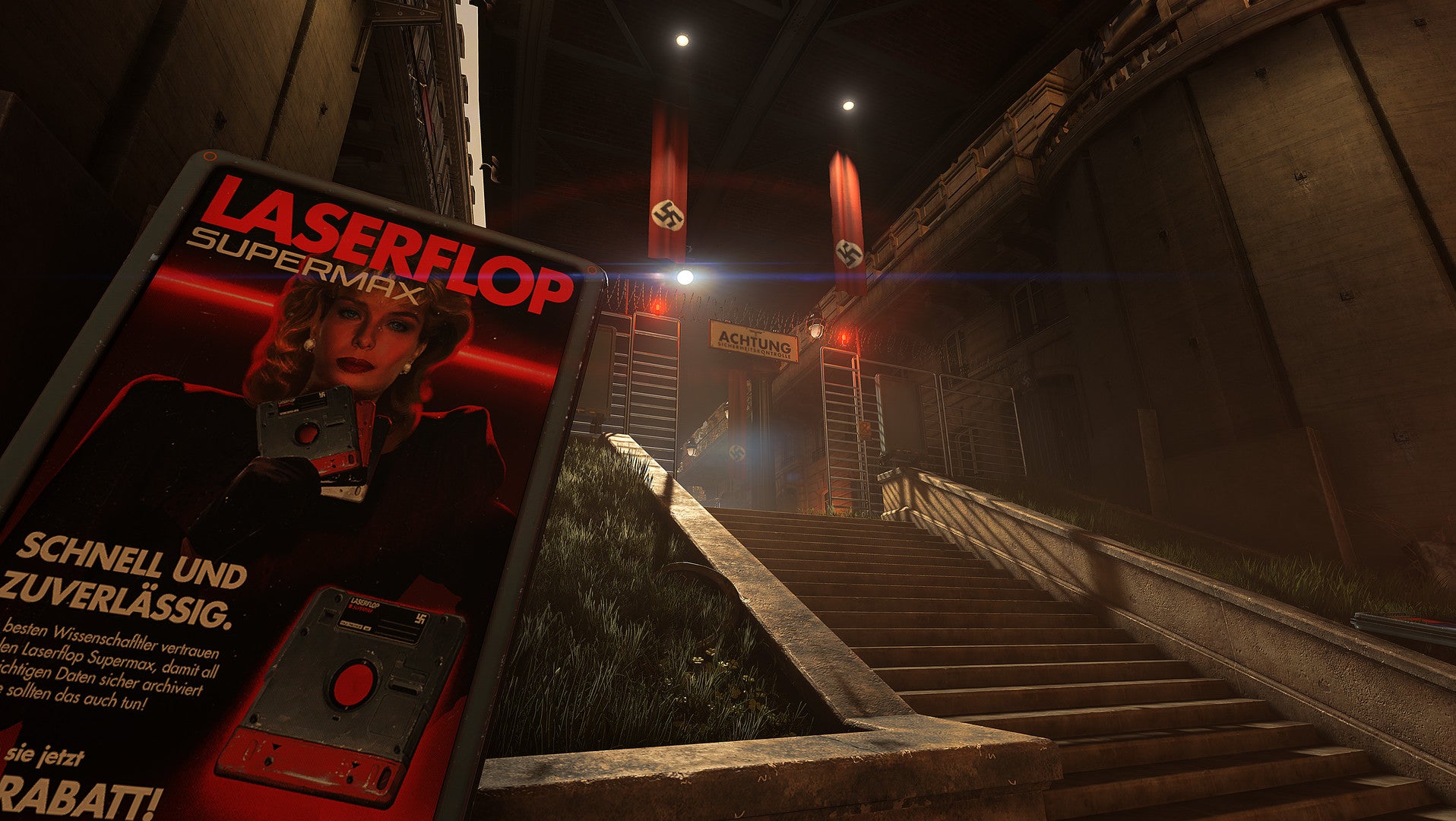 It’s kind of funny that video games still have collectibles. As their worlds become more detailed and awe-inspiring, it can seem tedious to still be reminded to turn around so you can gather more digital widgets. But the Wolfenstein series does collectibles well, using them to flesh out the game’s worlds in deft ways.

If you’re unfamiliar with the series, the games take place in an alternate history where Nazi Germany won World War II and achieved world domination. That domination largely happens off-screen — The New Order begins in 1946 and then places protagonist B.J. Blazkowicz in a coma for 14 years — so players slowly discover, alongside the games’ protagonist, just how completely the Nazis control everything.

A lot of this is delivered the way most games deliver ancillary lore: newspaper articles that chronicle how America surrendered, journal entries from resistance fighters, and audio diaries of characters recounting significant experiences. But Wolfenstein’s collectibles also reimagine what pop culture in the Nazi-controlled world would look like, going so far as to record extremely corny German propaganda versions of rock hits.

These are my favourite kind of collectible. They’re wholly unnecessary for any kind of plot, but they develop a part of the world that the game is otherwise unconcerned with. Instead of simply mocking up a record cover, developer MachineGames actually recorded the songs. When you listen to them from the game’s collectibles menu, familiar tunes are rendered ridiculous with allusions to the new authoritarian state. Love songs talk about being home by curfew, a version of The Beatles sings about blue U-boats instead of yellow submarines.

The latest Wolfenstein game,Youngblood, is set in the ‘80s. It changes the medium of the series’ musical collectibles from vinyl to cassette tapes and adds a few artists contemporary to its setting — one of the first tracks you might hear is reminiscent of David Bowie.

Youngblood also includes loads of mock-up VHS (or, in the fiction of Youngblood, UVK) tapes for German movies that parody other famous films, like Das Luftschiff, a zeppelin-fuelled take on Das Boot.

I love how corny these bits of pop culture can be. I mentioned this in my review, but one of the recurring themes in MachineGames’ Wolfenstein series is facism’s lack of substance. It’s the ideology of losers, perpetuating itself by stoking existing fears and ginning up new ones when they run out of mileage.

The Nazi-approved versions of pop songs we recognise in these games — they aren’t really covers, since the songs we know technically don’t exist in Wolfenstein’s world — try to make an oppressive regime seem fun and human. It’s a slap-dash paint job on a rotten surface, and it’s ultimately unsuccessful.

If you pay attention to the in-game lore (or browse a good wiki), you’ll know that by the end of Wolfenstein II: The New Colossus, Neumond Records, the fictional record company producing this music, is forced to shutter its business and abandon America as the Second American Revolution takes place and the country tires of facist propaganda (and catches on to subversive artists also recording at the same time).

Wolfenstein’s collectibles capture some of the corniness of real-life propaganda — frog memes and snowflake jokes are not deft expressions of humour — but there are people who find them seductive. The Wolfenstein games are, by necessity, primarily concerned with ideological struggles waged through violence, but these recordings hint at the cultural side of the struggle.

You spend the entirety of the Wolfenstein games staring down the barrel of a gun, but you’re fighting for a world full of people, and that world is teeming with ideological struggles in art, at work, and people’s daily lives—things you’d only know if you stopped and poked at a few collectibles.