environmentfeaturefinal fantasy xivglobal warminghorizon zero dawnuncharted
To sign up for our daily newsletter covering the latest news, features and reviews, head HERE. For a running feed of all our stories, follow us on Twitter HERE. Or you can bookmark the Kotaku Australia homepage to visit whenever you need a news fix.

Climate change is the single most devastating ecological disaster currently facing the Earth, but it’s not a new phenomenon. In fact, climate change has been a focus in gaming for years, and even the oldest games have important things to say about our climate, and all the ways that we can help it. With the climate strike happening today, we’re taking a look at the impact of climate change in video games, and all the environmental wisdom we’ve learned.

In support of the Global Climate Strike – a week of action to demand climate justice, from September 20 to 27 – Pedestrian Group is doubling down on content that educates and empowers you to do your bit for our planet. Click here to learn more about the global movement fighting for our future.

7. The Earth is beautiful

Many will never see the gorgeous forests of the Amazon, or the coral reefs deep within the ocean. And while video games like Abzû and Journey might be stylised and whimsical, they allow us to catch glimpses of the awesome world that surrounds us.

The locales of Uncharted and Red Dead Redemption are all beautiful, allowing players to journey from forests to mountains and valleys — all scenery we may not see anymore if climate change continues to advance. If predictions are correct, we only have a decade, at most, left to prevent it. Horizon Zero Dawn was a unique game that addressed the issue of climate change head on, with a narrative that discussed how man-made machines corrupted and changed the Earth. The narrative is subtle, and it continues throughout the main story line. But when we think of the game, we largely think about all the cool robots instead, right? They even got their own pop vinyls.

Much of Horizon‘s message was obscured by the distractingly cool tech within the game, revealing that while we care about climate change, too often, we let ourselves be distracted by things we consider ‘cooler’ or ‘more fun’. Horizon Zero Dawn‘s environs are gorgeous, but it’s important to remember that they’re a product of human-led climate change.

It was recently the two year anniversary for the release of Horizon Zero Dawn. The open world PS4 exclusive is one of the best looking games of the generation and has some incredible looking machine creature, both big and small. But thanks to a fun post detailing some information about the development of Horizon, fans get a look at the early prototypes of these robotic monsters. They look a bit funny.

5. Living on a scorched Earth would be pretty shitty The world of Fallout was not directly impacted by climate change, but rather by the strength of nuclear warfare. Still, its world should be a cautionary tale, and a fair reminder that should our environment continue to degrade, we’ll be living on a fragile, scorched Earth that’s practically unliveable.

This means that crops would refuse to grow, there wouldn’t be enough oxygen to support a human ecosystem, and more than likely — humanity as we know it wouldn’t survive. It would have a direct impact on how we live, and while Fallout presents a version of our world that is extremely broken, it’s not hard to see how humans would have to change to survive, if we survive at all.

4. But we’re not completely doomed

Video games are all about hope. Even in a doomed world like the Final Fantasy XIV‘s Eulmore, where gluttony and greed has created an imbalance between nature and magic that’s destroying the world, there is hope. And while Eulmore is a fantasy realm, the same goes for real life.

There is always hope, and the earth is not completely doomed. Everything that we can do to help counts, whether that’s attending the climate strike on Friday, observing Earth Hour or reducing your personal waste output. There’s always hope. 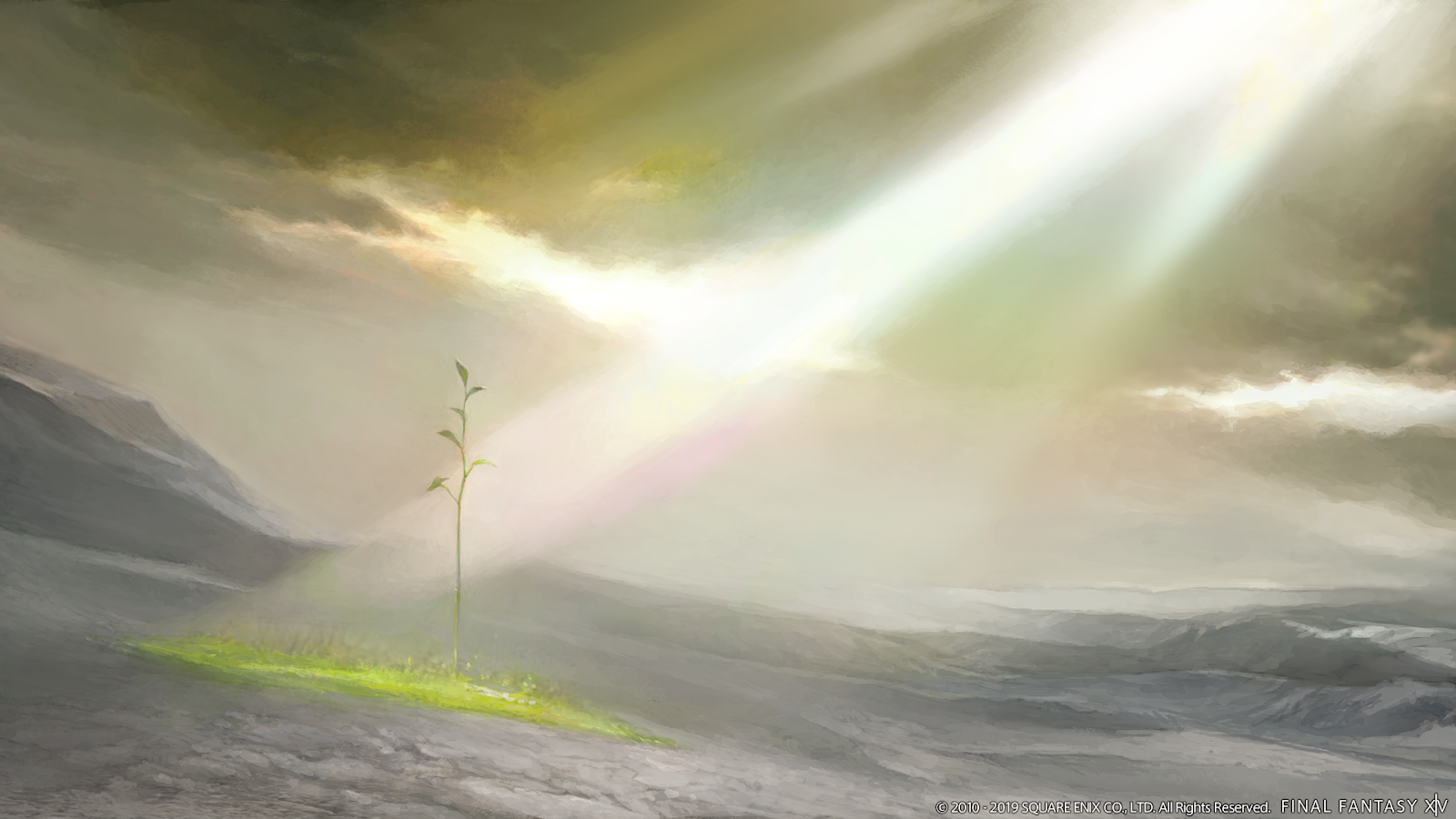 To quote my 100 per cent non-fictional friend Barret Wallace: “Planet’s dyin’, Cloud.” As our society feels closer and closer to an irrevocable change, as the Amazon rainforest burns and the ice caps continue to melt, I find the fragility of our world reflected in the narratives of my favourite games. Final Fantasy XIV’s latest expansion, Shadowbringers, has been on my mind ever since I finished it. Part of that is because underneath its tale of magic and heroes, I can’t help but find reflections of my reality.

Every action has consequences, no matter how small — but you can have an impact, and you can help guide the change. That’s what video games teach us. Conversely, it means that your actions can have negative consequences, too. The Civilization series has often focused on this fact, even from the early days of the franchise.

In the original game, too much pollution from smokestacks in your civilisation meant that the environment could become polluted and experience global warming, a catastrophic event that turned the world into an arid desert. All this from the simple act of introducing industrial tools, in a game from 1991. It’s an important lesson about actions and subsequent reactions.

A large part of my day involves sitting on Twitter watching news break, and so a large part of my day is spent surrounded by people justifiably freaking out over climate change news. It’s depressing as hell, but help has come in the last month from the most unlikely of places: Civilization 6.

2. Climate change is just as much about big corporations as it is about you This is a theme that resonates in many climate change-focused games, and is reflected in real life too. Often what stands in the way is a ‘bad guy’, a group that don’t believe there is a problem, or those refuse to change their ways for the benefit of the world. In some cases it’s a government, in others a corrupt organisation or conglomerate.

In Horizon Zero Dawn, it’s the actions of a select group of scientists who ruin the environment with their biomass consuming machines and little care for the state of the world. In Final Fantasy VII, it’s the evil Shinra corporation exploiting Mako energy. More than the narrative of hope, what video games tell us time and again is that you are in charge of your own destiny and your own fate. Now is not the time to sit back and let others do the work. As video games will tell you, you’re the hero, and it’s time for you to step up and help change the world.

After all, we’ve only got one — and it’s well worth defending.