In Disenchantment’s Season 2 Trailer, Bean Goes To Hell And Back I know what I’m dressing as for Halloween. (Image: Netflix, <a href="https://www.youtube.com/watch?v=Q00bB9o7Eok">YouTube</a>)

Netflix’s Disenchantment has dropped a new trailer to get us excited for its sophomore season.

By the end of the first season of Disenchantment, from The Simpsons and Futurama creator Matt Groening, things were in a pretty bad place. Dreamland was in disarray, one of Princess Bean’s friends was dead, and her mother’s return wasn’t exactly a warm welcome. But, our booze-loving hero is working hard to set things right — by going from a bad place to The Bad Place, and even further to a land she dare never dream of.

In the first trailer for the follow-up to Disenchantment’s mixed but ultimately promising debut season, Princess Bean (Abbi Jacobson) is still hurting after the death of her friend, Elfo, who she’d chosen not to revive with a magic potion so she could bring her mother back to life.

However, Bean’s demon friend has an idea to bring Elfo back… of course, it means sending Elfo to hell so they can try and bust him out.You can watch the trailer below, or on Twitter.

In the meantime, Dreamland’s people are still trapped in stone after Bean’s mother cast a dangerous curse, and Bean and her father have to work together to save their people and restore their kingdom to its former glory. While Bean deals with her mother, and a prophecy that could mean the salvation or destruction of her entire way of life. Does this quest involve a trip on a dirigible, and a visit to what might be the coolest steampunk futuristic place, possibly ever? You bet your butt it does.

Netflix also shared a new poster, showing Bean in that mysterious kingdom teased in the first season. But she’s got Elfo’s rescue on the brain. 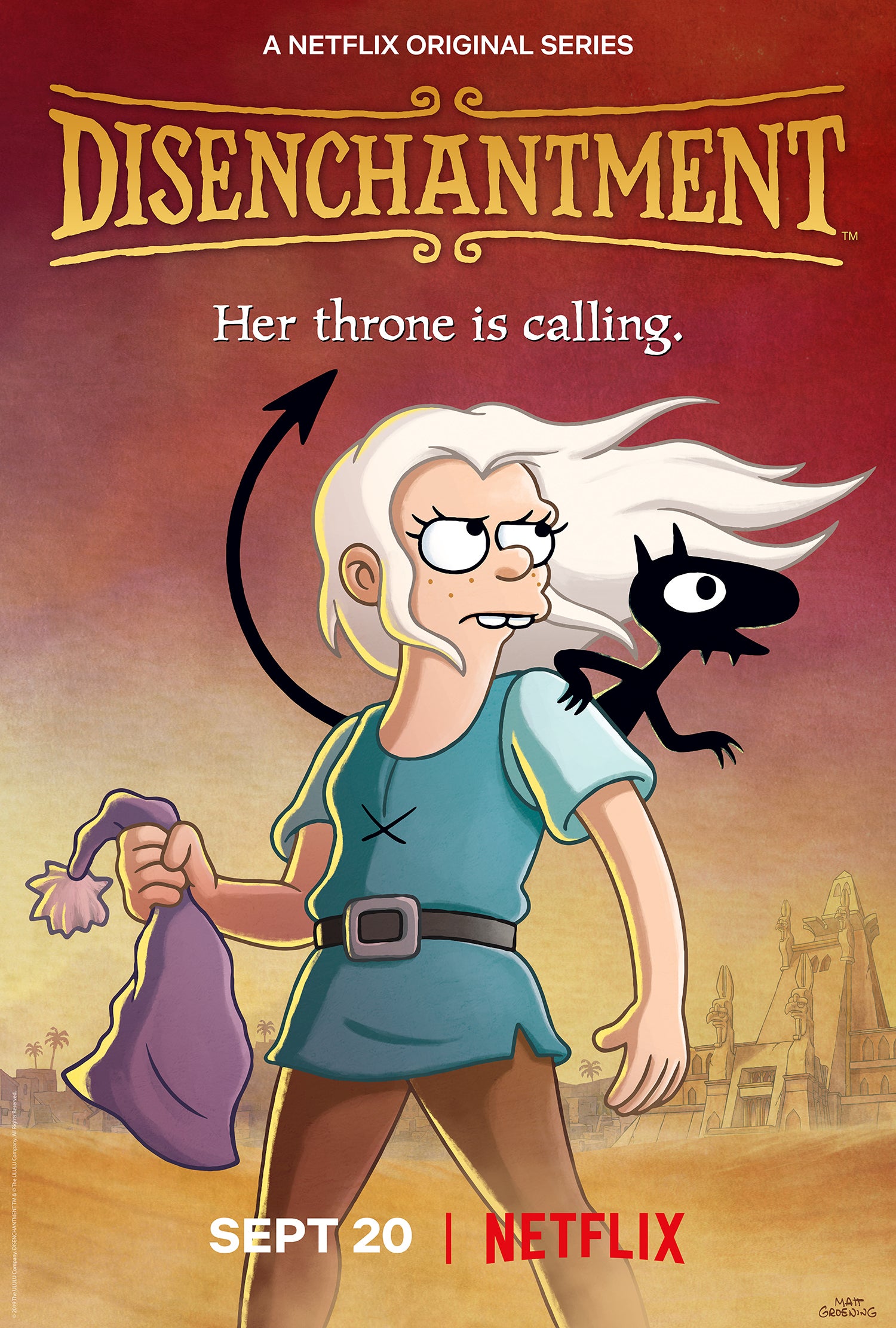 Disenchantment returns to Netflix with 10 episodes on September 20, and it’s already renewed for another two-part season.