Sir Daniel Fortesque is a legend and he deserves to be remembered as such.

Growing up, there were four games in our household that stood above the rest. Crash Bandicoot 2, Spyro: Year of the Dragon, Ape Escape, and my favourite — MediEvil.

Spyro and Crash went on to become icons of the PlayStation generation, receiving fantastic remasters that were hyped up for an age, and well-received when they finally arrived.

So, where is justice for Sir Dan?

MediEvil Remastered, a faithful remake of the original 1998 game is set for release on October 25, but all signs point to it being a very low key affair. The hype that surrounded the releases of Spyro Reignited Trilogy and Crash Bandicoot N. Sane Trilogy has gone quiet. There’s nary a piece of merchandise in sight. People just don’t seem that excited for MediEvil to return. But then again, there hasn’t been much in the way of promotion either.

The remaster was announced in November 2018, and since then, there’s been one or two new trailers showing off various levels and production design, but it’s seemingly been overshadowed by an end-of-year games bonanza that includes Borderlands 3, Link’s Awakening and of course, Untitled Goose Game.

Of all the games we’re ending the year with, MediEvil is absolutely my most anticipated title, purely because it meant so much to me growing up as a Weird Kid™ who liked Weird Stuff™.

For those unfamiliar with this daring knight’s tale, MediEvil is a gothic fantasy about a heroic knight named Sir Daniel Fortesque, hailed as a brave and enduring legend after he dies on the battlefield defending Gallowmere from the evil sorcerer Zarok. Or so the stories go.

In reality, Sir Dan was struck through the eye before the battle began and died without striking a single blow, embarrassing his king and country. In reparation for this oversight, Sir Dan is resurrected a hundred years later when Zarok returns to finally destroy his foe. He’s out for revenge, and to prove he’s not totally incompetent.

The game takes players on a journey through a variety of fantastical lands, all of which are sure to look awesome in 4K. What set MediEvil apart when it first released was its gorgeous worlds and unique approach to spooky myth and magic. Even replaying it today, you can see the vision behind MediEvil, and how its gothic stylings made the game stand out against its peers. There are so many moments in MediEvil that I’m excited to see in 4K. Travelling beneath the lake. Entering The Hall of Heroes. The Pirate Ship. The Crystal Caves. The stained-glass demon. The Asylum Grounds. The phantom of the opera. MediEvil is filled with so many great set pieces, and having an extra layer of shine is sure to make them pop. 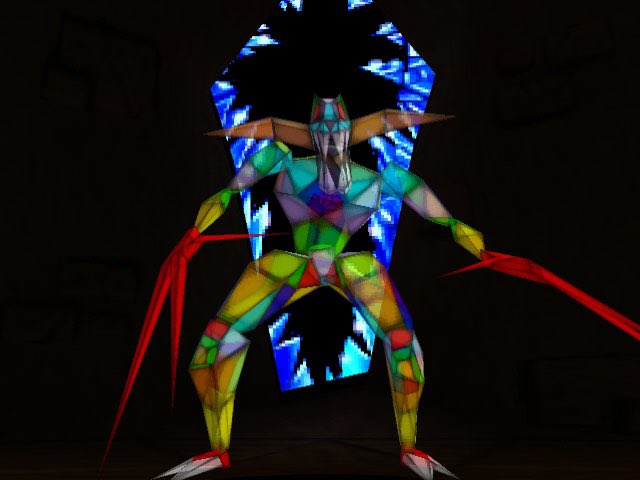 Being a game of the very early PSOne, a lot of the aforementioned gothic vision of MediEvil is, as you can see, obscured by the hardware limitations of the time. It has awkward controls. It’s blocky. The camera won’t lock into the right angle, and you’ll soon get sick of watching Sir Dan fall endlessly into toxic waters. That’s what makes getting into the game now so difficult.

Games have evolved considerably, and comparing games of the late 90s and early 2000s to now is a fruitless effort. To put it simply, modern gamers are spoiled by gaming’s technology advances. It’s also why remasters are so delightful. While there was already a remake of the game in the mid-2000s, MediEvil: Resurrection was middling at best, and chose to insert a weird subplot with a vaguely racist genie living in Sir Dan’s head, among other questionable changes.

Fans of the franchise, or anybody curious, will soon have the much better option of skipping that game entirely and diving straight into MediEvil Remastered.

MediEvil is a brilliant game, and I’m so glad that it’s finally getting the remaster that it so desperately deserves. Sir Dan is a hero for the ages, and it’s a shame it’s taken so long for everyone to remember that he exists. Here’s to hoping the remaster finally solidifies why he deserves a place in the PlayStation Hall of Fame.