Red Dead Online’s New Update Is Great, If You Have Enough Gold

Today’s Red Dead Online update is a big one, adding three new career paths, a battle pass system, improving how combat and movement feel and giving players more ways to earn items, emotes and weapons. This new update gives players more reasons to log in every day, but you might need a lot of gold.

Before this update, Red Dead Online could feel empty. While previous updates added new missions or PvP modes, it never felt like enough to keep me coming back each week. Eventually, I found myself bored with doing the same few things with little direction or progression.

Things are different now. After this latest update, players can hunt down bounties, go loot some treasure or become a professional trader. Doing these things earn players new rewards and other goodies as part of a system Rockstar is calling Frontier Pursuits. 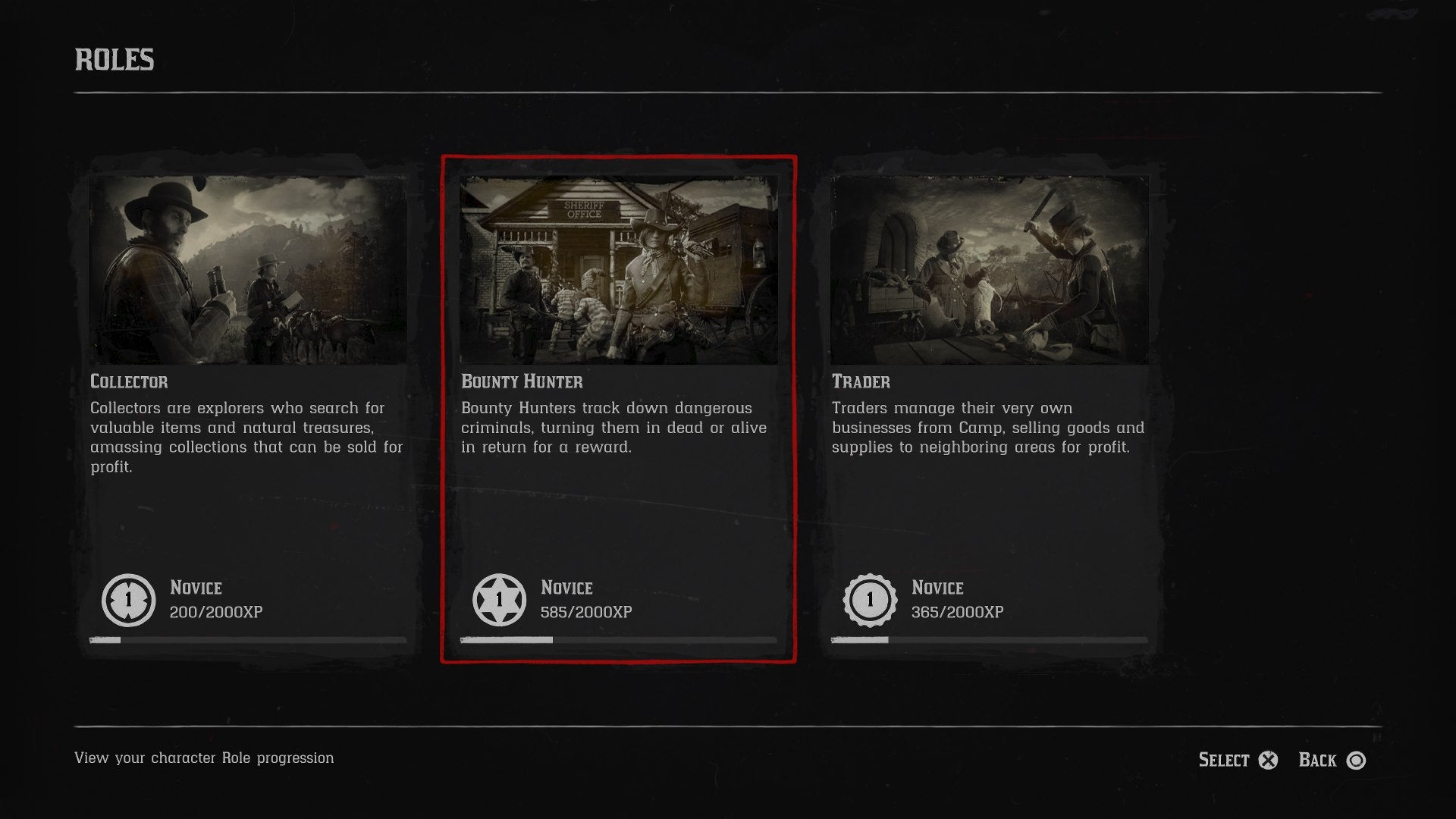 Say yes, and you are able to grab bounty posters around the world and track down computer-controlled criminals to bring in alive or dead. The other two Frontier Pursuits work in a similar fashion: You go to a location, watch a small cutscene and then you are asked if you want to help track down rare items or sell animal parts.

Despite their similar structures, each Frontier Pursuit feels distinct, both from other pursuits and in the missions themselves. I played three bounty missions and found small differences in each.

One had me sneak around a camp and wait for the target to arrive. Another one had me fight through a group of outlaws in a valley. I’m curious to see how much variety there is with each bounty over time; even though the three bounties I pursued felt unique, they could get repetitive if missions get repeated over and over.

The trader is fairly straightforward but has a bit more going on. As a trader, you hunt any animals and take their parts back to your camp. Becoming a trader unlocks a trading business at your camp, which lets you donate animal parts to be turned into goods and packed into barrels. Once these goods are ready, you can sell them and make some money.

The system reminded me of how businesses work in GTA Online, including the fact that other players can attack you when you take longer routes, assuming your server is populated with players. Trading could be a great way to make money if you love hunting in RDO, but the sales I’ve done so far haven’t netted me much money. I’ll need to play more to figure out how much of a grind it will take to really start raking in the profits. 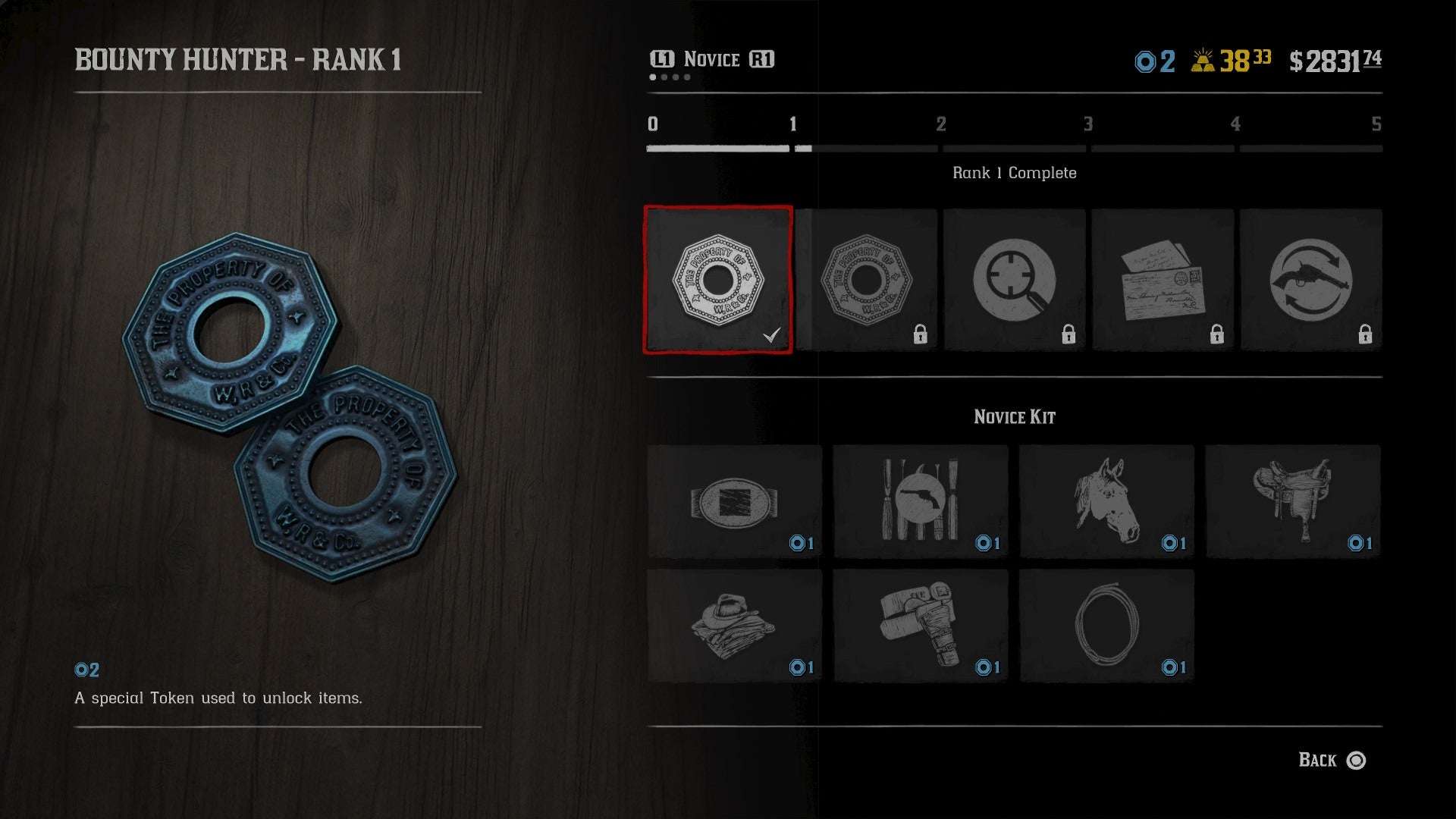 The third career path is that of a collector. This is the strangest pursuit of the three. Players need to find dozens of hidden items across the world to complete specific sets. Once a set is completed it can be sold for a few hundred dollars. The items don’t seem to spawn in random spots, which means this could become a fast and reliable way to make money and earn XP once players have mapped out all the locations.

Each of these Frontier Pursuits has its own progression system. As you catch criminals or find hidden rings, you earn XP towards that pursuit and level up, earning new rewards. Some are fairly dull, like new shirts or ammo, but some later rewards sound very interesting. I’ve seen an unbreakable lasso, a large wagon that can carry more animal carcasses and even a crude metal detector for finding buried treasure.

However, these pursuits aren’t free. Each career can only be unlocked if you spend 15 gold bars. This isn’t a small amount, especially for newer players or players who might not have a lot of gold. There are ways to earn each Frontier Pursuit without spending gold: Players can get a bounty hunter licence for free if they have a Twitch Prime account linked to their Social Club account.

Players can also become a collector for free if they have found all 52 hidden cards in GTA Online. To become a trader for free, players need to be on PS4 and have PS Plus. Some players will be able to unlock all three careers without needing to spend any gold, but many players won’t be so lucky.

If you don’t have Twitch Prime, or if you play on Xbox, then you will need to spend 45 Gold bars to unlock all three. That’s about $30 if you wanted to buy the gold using cash. Of course, you can earn gold for free; finding treasure maps is a good way to do so. But that takes time and grinding. Locking these new careers behind gold might frustrate players who want to jump into them right away and might turn off players who have been drifting away from Red Dead Online anyway.

Players can unlock only one pursuit and leave the others for later. In fact, with enough grinding players could earn enough gold to unlock another pursuit using one. But it is more fun to be able to kill animals on your way to a bounty target and then on your way back pick up a collectible and raise your collector rank. 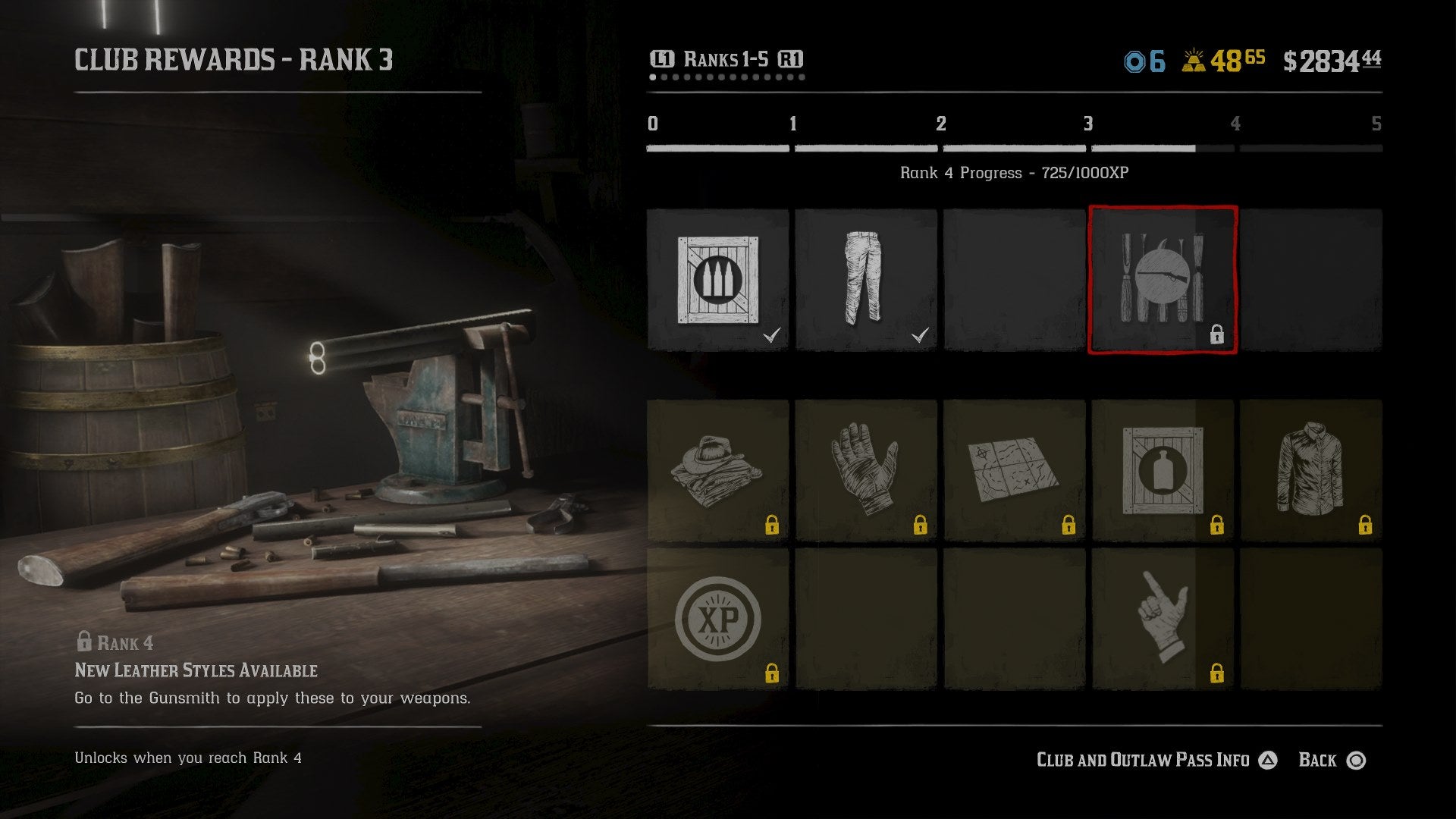 Rockstar has also added a battle pass system, called the Outlaw Pass. Like battle passes in other games, this is split into free and paid tiers. Unlocking the paid tier costs 35 gold bars.

Both tiers have 70 ranks, and rewards include new emotes, gear for your horse and cosmetics. However, the free tier has fewer and less interesting rewards. Players can earn 35 gold bars by completing all 70 ranks of the paid tier but not the free tier. While that does mean you get your gold back, that’s only if you totally finish the pass. If you fail to do that before the Outlaw Pass ends in November, you are out some or all of that gold.

After spending a few hours with this new update, I’m both excited and nervous. I’m happy to see Rockstar adding more ways to earn rewards and more structured activities that feel less aimless or random, but it is impossible to ignore the high price of all this. 80 gold bars to unlock all three career paths and the premium tier of the Outlaw Pass is a lot.

Some players will have already done lots of grinding for months and will have more than enough gold. But many players won’t have a stockpile of bars and will be faced with a lot of grinding or buying some gold to experience most of this new update. This is a shame, because this latest update does feel like a big step forward for Red Dead Online.