The New Magic Number For Gaming Laptops Is 300Hz 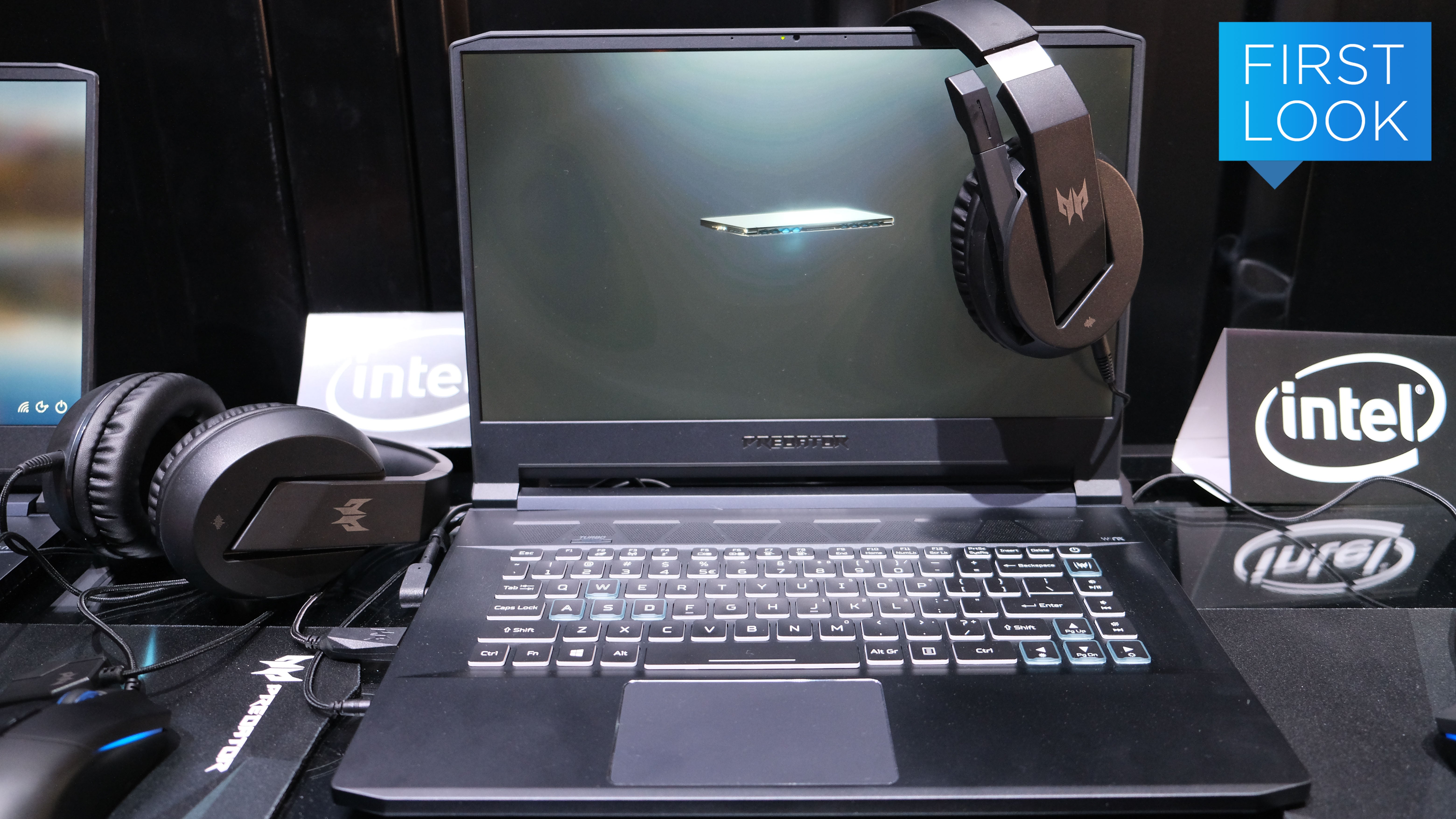 The Acer Predator Triton 500 has a 300Hz refresh rate and costs more than my rent. (Photo: Victoria Song, Gizmodo)

Gaming laptops were out in force at IFA in Berlin, as both Acer and Asus held their main press conferences just before Europe’s biggest consumer electronics show opens to the public. But while I was buried in computers of all shapes and sizes, two beefy gaming laptops caught my eye: The Acer Predator Triton 500 and the Asus Zephyrus S GX701. Not because they’re particularly beautiful, or come with flashing RGB lighting — they’re notable because they both boast 300Hz displays.

If that sounds ridiculous, it sort of is. Up until now, the fastest refresh rate on a gaming laptop was 240Hz. (Asus just announced some 144Hz and 240Hz gaming laptops back in April.) For more context, it was no small feat when Asus introduced the first 120Hz IPS display back in 2016.

Three years later, we’re now at 300Hz. Why now? While vendors have been amping up refresh rates on high-end gaming laptops, current mobile GPUs are finally good enough that they can keep up, at least in some games.

In person, that 300Hz refresh rate translated to silky smooth visuals on both the Triton 500 and Zephyrus S GX701 I saw. Watching Overwatch on the Zephyrus, it felt like my eyes were melting — in a good way. Of course, not every game is going to get up to 300fps, but it’s pretty remarkable that the possibility even exists in some contexts.

So, who exactly “needs” 300Hz gaming laptops. Both Acer and Asus said their laptops were aimed at hardcore gamers and esports competitors, but I’m willing to venture even the most obsessed amateur might flinch at Acer’s starting $US2,800 ($4,119) price tag for the Triton 500. I asked Asus how much the Zephyrus S GX701 would retail for, but a representative demurred, saying, “It’ll depend on the locality.” It’s probably safe to say it’ll be expensive as hell though.

Editor’s Note: No word on Australian pricing or availability for either laptop at this stage. 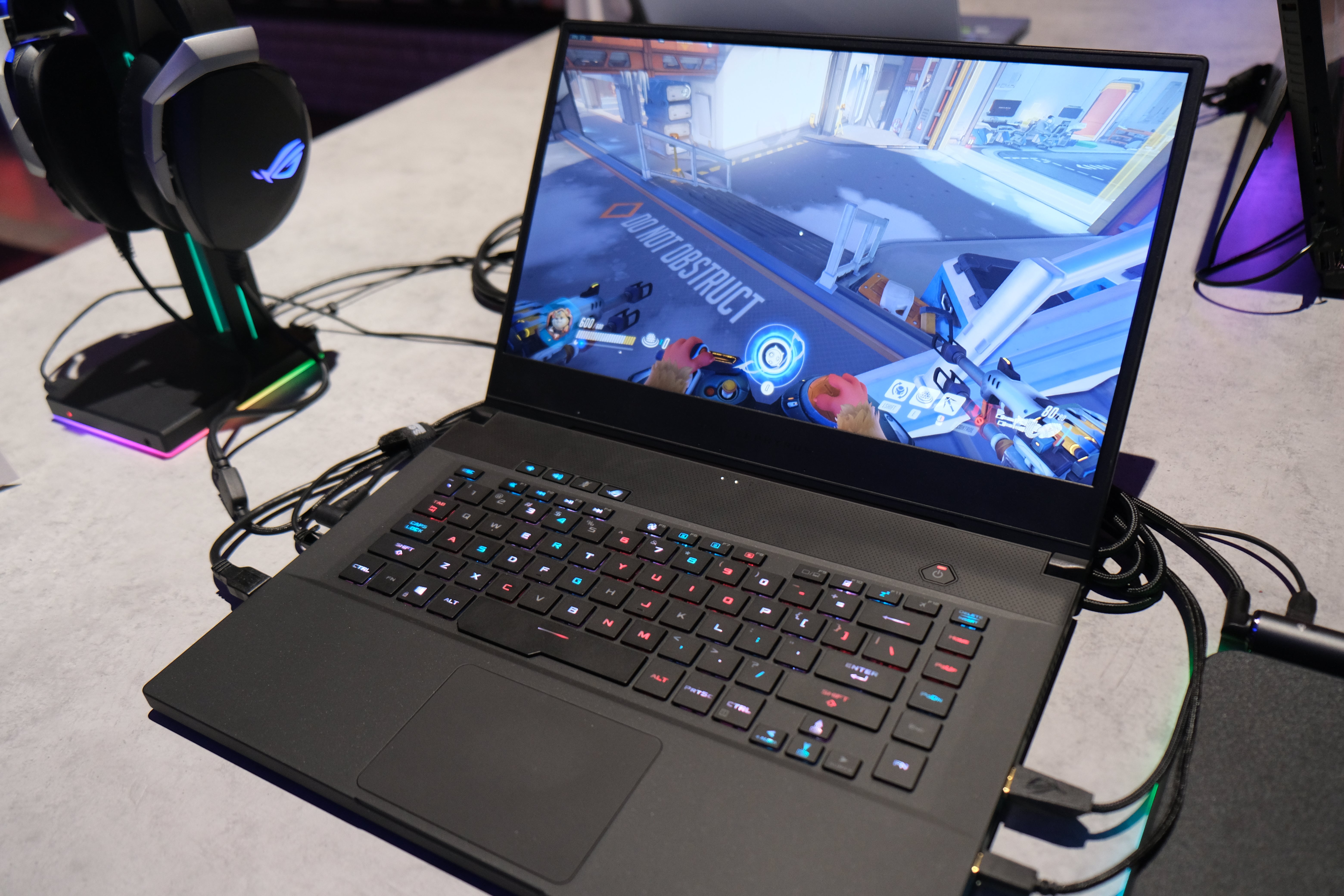 I played some 300Hz Overwatch on an Asus Zephyrus prototype. You can’t hear it, but it was wheezing. (Photo: Victoria Song, Gizmodo)

For all that moolah, you’d have to make a few sacrifices in quality to even have a shot of hitting 300fps. Few games are able to support that rate at higher resolutions, so unless you’re an actual esports competitor, both the Triton 500 and Zephyrus S GX701 are more aspirational than realistic.

Plus, the Asus prototype I saw firsthand sounded like a chorus of wheezing grandpas while running Overwatch. Even though these laptops boast the beefiest Nvidia GTX graphics cards and Intel processors, it’s likely these first iterations will have their own quirks and kinks — especially since both Acer and Asus are trying jam pack so much into the slimmest chassis possible.

Still, even with a limited market, it’s not likely 300Hz laptops are going anywhere. Asus, in particular, had a number of 300Hz 15-inch and 17-inch Zephyrus and Strix prototype laptops on display that are expected to arrive sometime next year.

The 17-inch Zephyrus S GX701 is slated to ship next month, and the Triton 500 will be available in EMEA regions in November, and the U.S. in December.