With Call of Duty: Modern Warfare releasing on Friday, most players will likely soon be walking away from last year’s game Black Ops 4. This yearly migration is nothing new, but this time it’s particularly unfortunate because it could mean the effective end of the excellent battle royale mode Blackout.

Unlike other popular shooters Rainbow Six Siege and Fortnite, which evolve and grow over the years, Call of Duty is an annualised product. Once a new Duty drops in the fall, the player base for the previous game withers, updates eventually cease, and hackers start claiming their territory.

Black Ops 4, which did not have a single-player campaign, had the potential to break the cycle and transition Call of Duty towards becoming more of a live-service game, especially with a new battle pass reward system and the foray into the 1-vs-100 realm with Blackout.

Call of Duty’s battle royale definitely shined, but it never embraced a successful Fortnite-style approach to events and map changes. Instead of turning the tides, Treyarch struggled to keep up with the demand for content across all three modes.

Black Ops 4 was far from a perfect experience after it launched last year. Zombies mode was often an unstable mess of blue-screen errors, content drops were inconsistent, many Zombies and multiplayer maps were recycled from other Black Ops games, and it hit a new level of egregious microtransactions for the series.

Aside from the microtransactions, most of Black Ops 4’s shortcomings can probably best be explained by the previously reported overhaul of the upcoming 2020 Call of Duty game. Treyarch was placed in charge of next year’s game midway through the development cycle, having to deal with a shortened development time on Black Ops 5.

The unexpected upheaval may have killed any hopes of Black Ops 4 thriving past the one-year mark, and while Blackout is the mode most unscathed by the chaos, I can’t help but think what could have been. We learned early on through the story pieces found within the Specialist HQ that Blackout was canon to the Black Ops narrative.

I would’ve loved to have seen more story integrated into Blackout events, but the closest we ever got was the “Wetworks” event that centred around the arrival of Spectre, a Specialist originally from Black Ops 3. 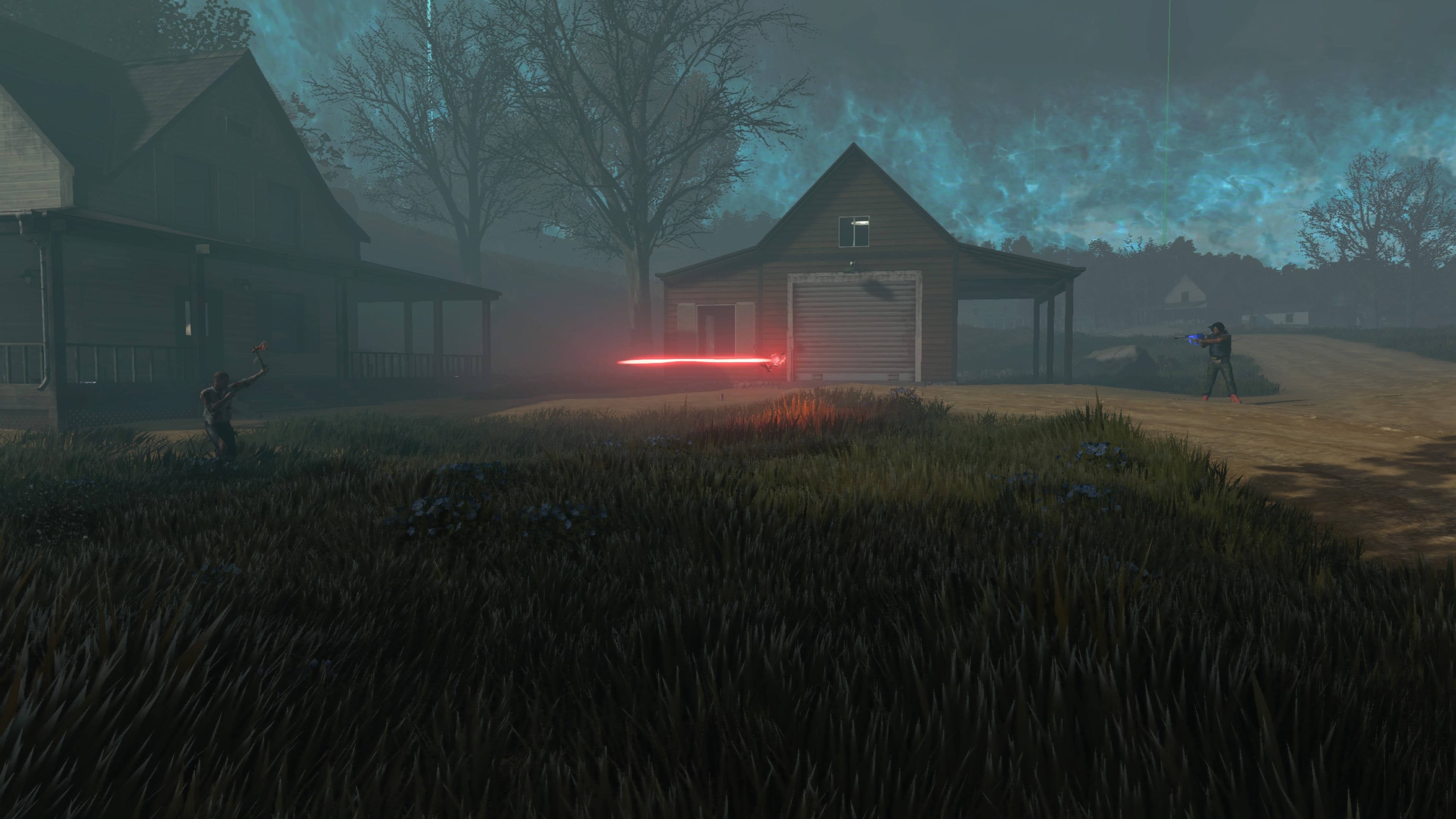 Even keeping things subtle, it would’ve been a nice touch if Blackout had taken notes from the Zombies mode, where maps often had audio logs scattered around to add interesting pieces to the storyline or insight into the characters’ personalities.

Hidden audio logs could’ve helped Treyarch build on the teases of story it presented within the Black Ops 4 comics and in-game Specialist HQ tutorials. It was clear that the developers were trying to tell a story without a traditional campaign, but perhaps crunch times left a lot of ideas on the cutting room floor.

More drastic changes to Blackout’s landscape would’ve been welcomed as well. The “Apocalypse Z” Zombies event shifted the tone with eerie fog and rivers of blood, and the Heavy Metal Heroes limited-time mode from the “Dark Divide” event gave a fun comic book vibe with Borderlands-style animation, but Blackout never pushed the bar in terms of overall map changes or permanently added points of interest.

The Black Ops series is filled with beloved characters and a storyline that spans decades, including a Zombies narrative armed with an arsenal of possibilities. I wouldn’t want or expect tacos to fall from the sky or hamster balls to launch across the map, but Treyarch often played it safe with the Blackout environments and mechanics.

Despite my criticism, I believe Blackout is the strongest component of Black Ops 4, and the most polished mainstream battle royale that doesn’t require building forts. The vehicle mechanics are some of the best you’ll find in a battle royale, and the character movements are so fluid, whether sliding behind cover or vaulting over walls. Blackout leaves much of the competition feeling janky. I’ve found it nearly impossible to go back to PlayerUnknown’s Battlegrounds, because Blackout just runs so damn smooth.

There’s also decent variety. The standard Blackout map rotates a number of popular limited-time modes, including the cops-and-robbers-themed Hot Pursuit that has been a fan favourite since being introduced with the “Grand Heist” event. And the Zombies-inspired Alcatraz location was later added for a close-quarters, high-action battle royale experience. The standard Blackout map is great on its own, but the tightly-packed respawn frenzy that is the Alcatraz map is a personal favourite of mine. 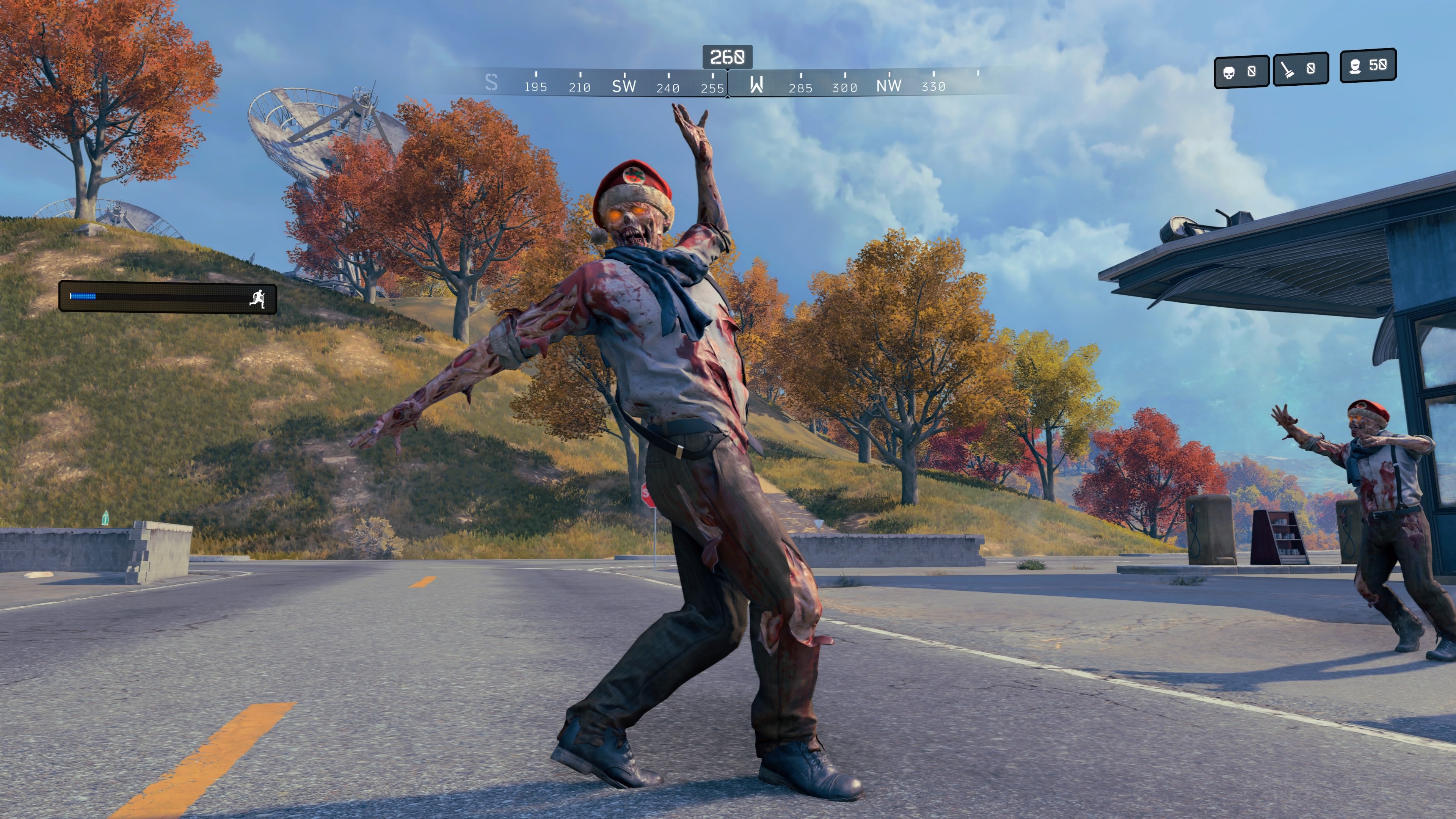 I’ll miss those silly zombies, who wore Santa hats for the winter update.

But you can love something and still accept it never reached its full potential, and now it’s even more likely Blackout never will. Activision has announced that “Dark Divide” will be the final operation for the Black Ops season, and it’s uncertain how much support Blackout will receive once Call of Duty: Modern Warfare drops on October 25.

The rumour mill suggests that Modern Warfare could see a post-launch battle royale of its own, but that’s not been announced yet — and nor is there a dire need to replace Blackout.

Black Ops 4’s battle royale might be best salvaged if Activision were to release it as a free-to-play game downloaded separately, assuming a small team could stay on to support it with updates and new content. I’m sure many people will soon be uninstalling the almost 115 GB storage hog that is Black Ops 4, but Blackout could exist as a smaller, standalone download. It seems like a waste to turn our backs on such a well-executed battle royale just because a new fall Call of Duty is releasing.