Code Vein’s Character Creation Has All The Options 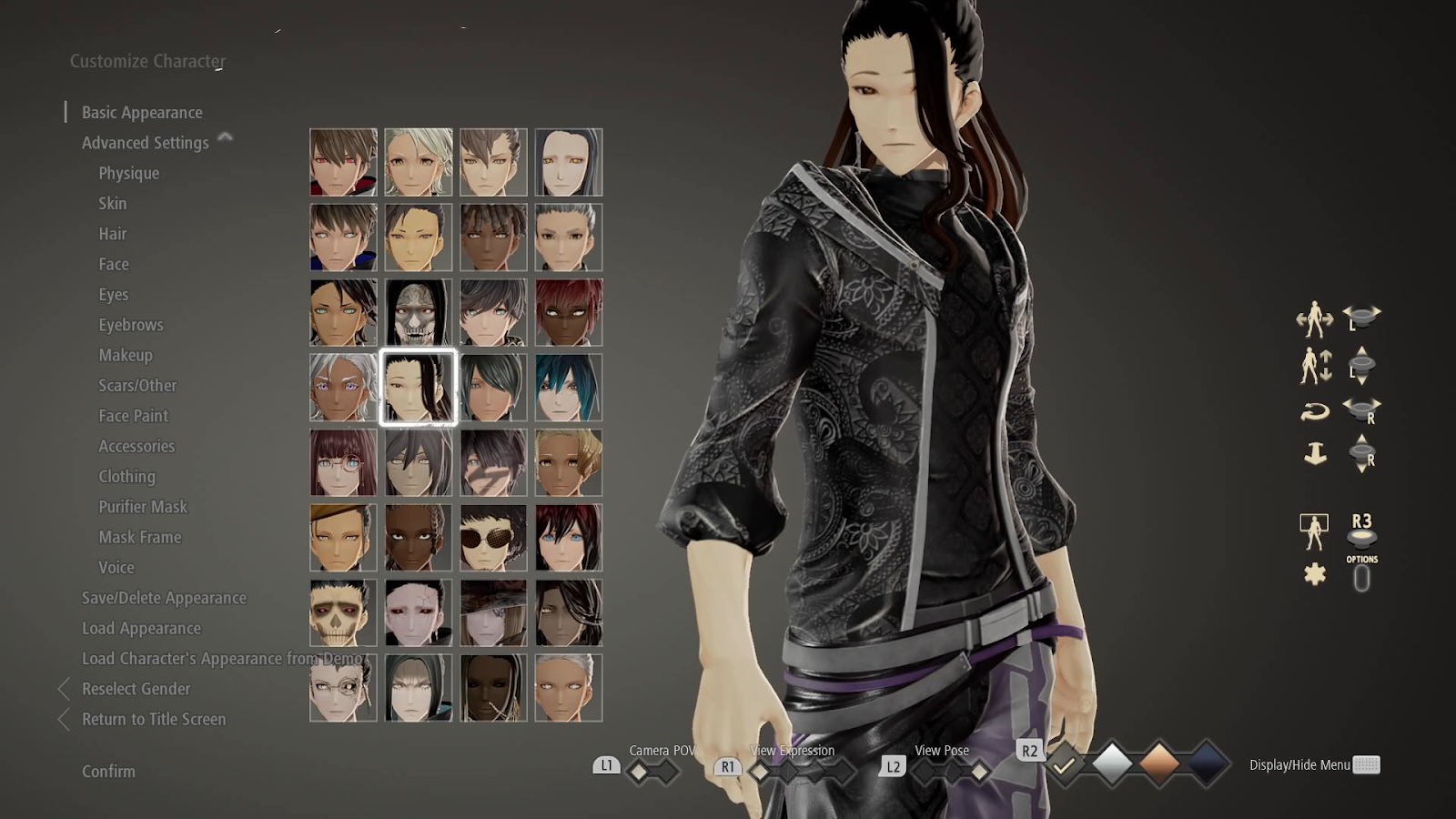 There are nearly 500 eyebrow options in Code Vein’s character creator.

There is a lot of every option in the robust character creation toolset of Bandai Namco’s post-apocalyptic vampire adventure. Players begin by choosing a gender, one of the creator’s simplest options. From there, they can choose between 32 different premade characters. These serve as a starting point for a much larger series of decisions. Each preset character is stunning in their own way.

Once a preset is selected, the best option is to skip down to entering a name and advancing directly to gameplay. Otherwise, moving on to “Advanced Settings” opens up a staggering amount of customisation that kept me occupied for several hours when I was supposed to be playing the actual game.

There are 58 different hairstyles in Code Vein’s character creator. Each hairstyle has multiple colour options, base colour, and highlights. Once you’ve chosen and coloured the perfect hairstyle you’ll discover the accessories menu. Along with glasses, hats, gloves, jewellery, and other random bits, the accessories menu has an entire section filled with hair extensions. 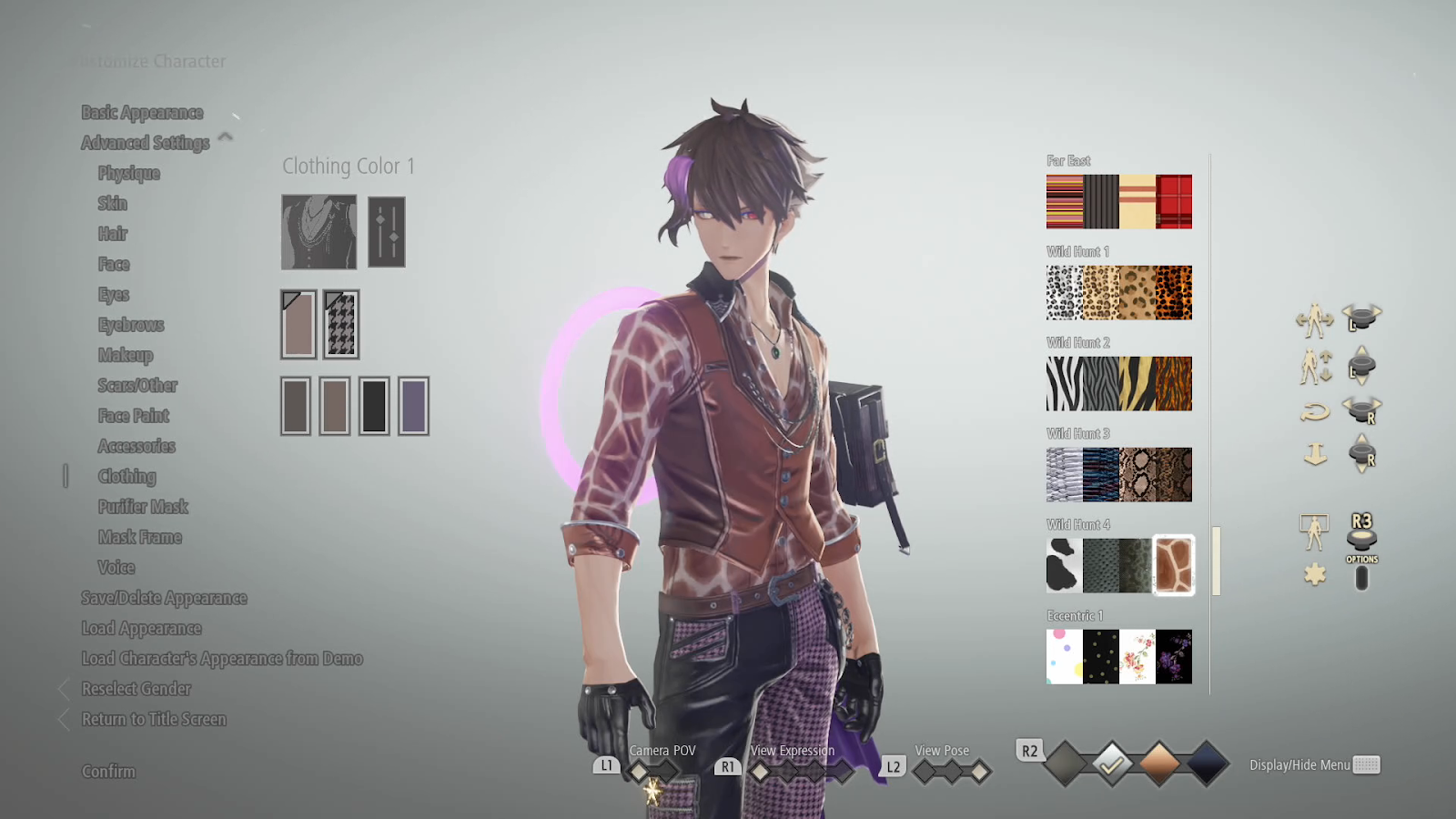 There are only a handful of outfits in Code Vein’s character creator, which is good, because each one can be customised with dozens of different colours and patterns. Flat colours. Glowing colours. Plaids. Animal patterns. Metallic sheens. Vertical stripes, horizontal stripes, and checkerboard. 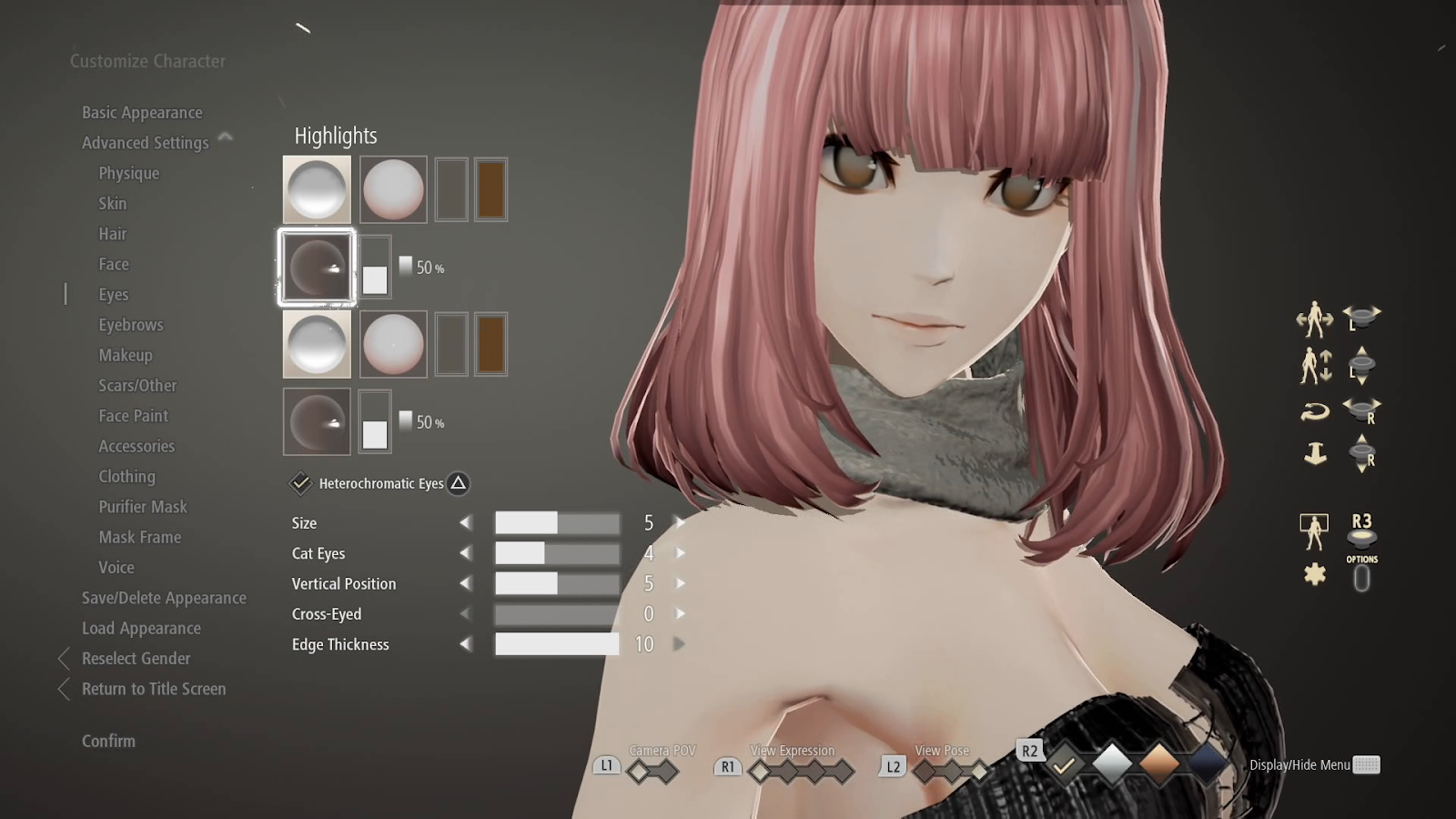 This is why I spent an hour and a half creating my first character in Code Vein. Then I played through the opening section and realised I didn’t like the character I created. I made a new character and started the game over. Eventually, I found the in-game headquarters, where characters can be edited on the fly. I felt stupid for not checking this out sooner, but also pretty.