Final Fantasy XIV is no stranger to crossover events. Whether that’s the chance to chill with Final Fantasy XV’s Noctis or battle in Final Fantasy Tactics’ Ivalice, there have been plenty of cool stories and difficult bosses. The latest challenge, a huge 24-player raid, adds a splash of Nier Automata and might be the best yet.

How in the hell does Nier end up in Final Fantasy XIV? It just does. The story so far involves a pair of enterprising dwarfs who discover a factory underground. There they find 2P, not quite Nier Automata’s protagonist 2B, and a facility creating killer robots. It’s up to players to disable the facility and defeat a series of ever-increasing bosses. The current raid, “The Copied Factory,” released yesterday, is among the highest level endgame activities in the game. It’s also fast-paced, brimming with great music, and pushes players to their limits.

Nier’s combat, either in the original game or Automata, is a mixture of action game fighting with bullet-time elements. The Copied Factory takes this idea and runs with it. Other raids involved gimmick mechanics, including doing maths on the fly and having a giant beam struggle with a demon. Dark Apocalypse focuses on dodging and quick thinking. It packs the screen with missiles to avoid, energy orbs to dance around, and robotic arms that instantly kill anyone they smash into.

The result is amazing. The Copied Factory demands player focus and punishes sloppy execution. Some players might find this frustrating — it’s easy to get overwhelmed by everything that’s happening — but it provides a challenge that feels true to Nier Automata. It culminates in a final boss that I won’t spoil here except to say the fight itself is one of the most intense battles in any game I’ve played. Destroying tanks and hiding behind their wreckage to avoid explosions, withstanding carpet bombing and massive “tankbusters” that do tons of damage — every moment is perilous.

Then there’s the loot. Players eagerly awaiting a chance to cosplay as 2B or 9S will be pleased. The gear in the Copied Factory isn’t just useful but captures some iconic looks. Better yet, players looking to gather the gear for fashion purposes can simply pass on picking gear with stats for a chance to receive a crate that automatically grants cosmetic only versions of gear sets. It’s a fantastic new system that cuts down on gear farming and grinding. 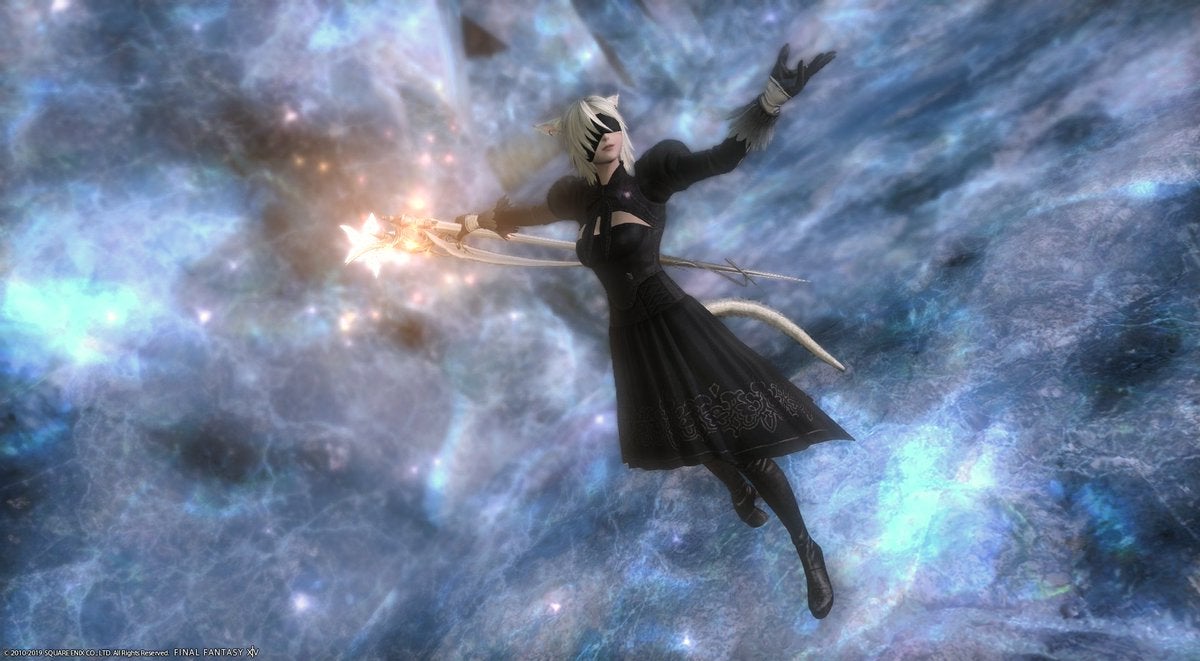 All it took to get the full cosmetic set was one run of The Copied Factory and a successful dice roll on loot.

Dark Apocalypse is off to a great start, adding a fresh take on raids and better loot gathering. It’s one of the best things Final Fantasy XIV has ever done, and there’s still two more raids to go. Combined with the high quality, 8-player “normal raid” collaboration with Final Fantasy VIII’s Tetsuya Nomura, which was added in July, this latest expansion is knocking it out of the park with boss fights.