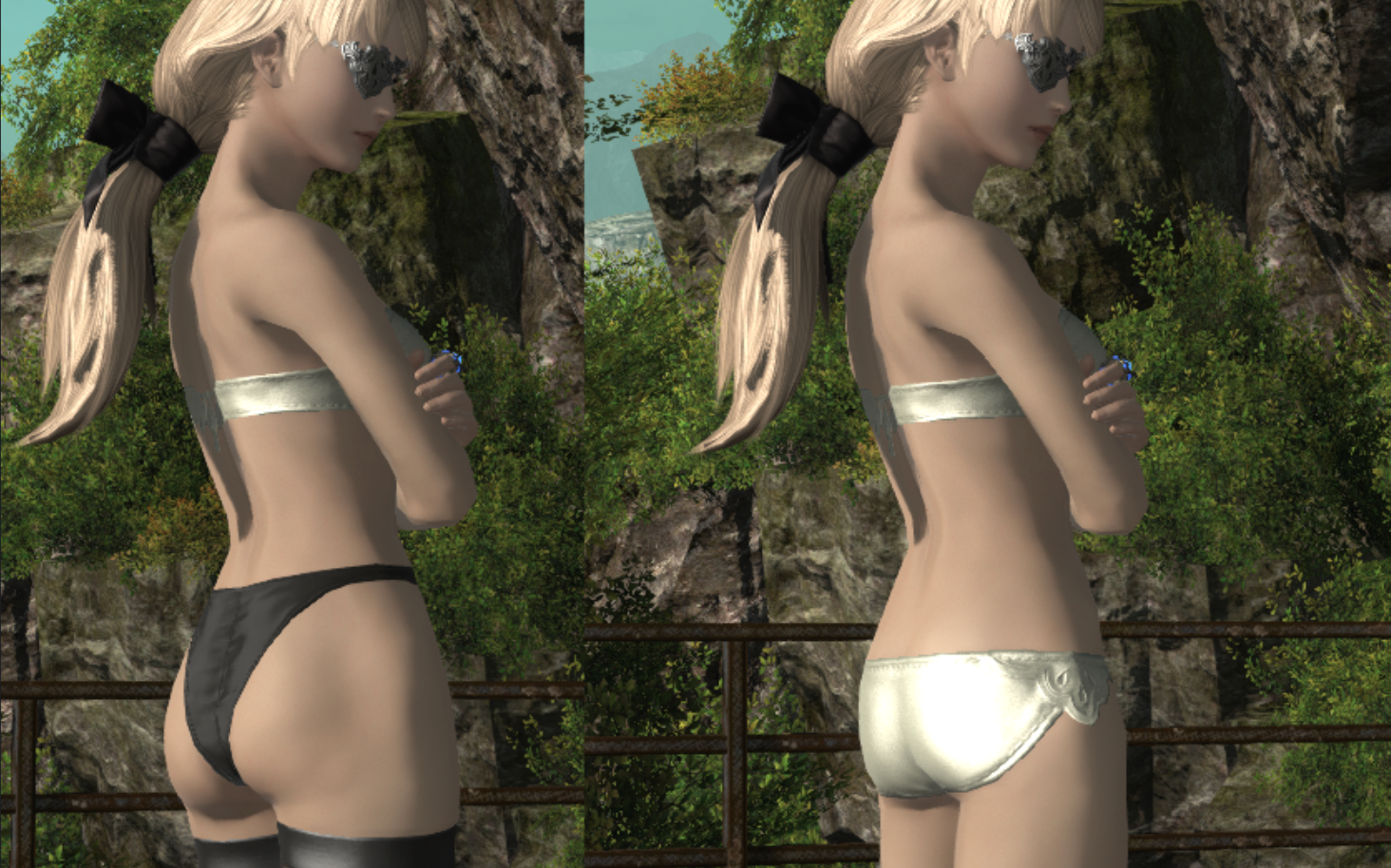 Final Fantasy XIV’s latest raid event, which pits 24 players against dangerous bosses, is a Nier-themed crossover complete with stylish gear to collect. A special set of armour mimicking Nier Automata protagonist 2B’s look is among one of the most coveted, partially because wearing it will “enhance” your character’s arse. Now, changes to that piece of gear have led to a spree of concern and arse-related speculation from players who want to have an arse like 2B.

The Copied Factory is the first of three Nier-themed “alliance raids” for Final Fantasy XIV. These are huge instances where players can battle beefy bosses and gain quality loot. The Copied Factory has a special loot drop at the end: a box containing a complete outfit that looks just like 2B’s. Included in the outfit are a pair of stockings and underwear that, when first released, made your character’s arse and thighs a little bigger when worn. It’s not much but it’s something. Final Fantasy XIV is many things, but it’s not a game with a diversity of body types to choose from. You can either be a supermodel or… ok, you can pretty much only be a supermodel. Seriously, I know it’s a lot of work but games really do need to work on body-type diversity. Having a piece of armour that affected your character’s body? Lots of folks were into that for, as you might imagine, a variety of reasons both wholesome and horny. But then, a recent patch stealthily flattened this item’s effects whenever certain items were worn along with it, to the dismay of arse fans everywhere.

Players on Reddit and social media have rigorously scrutinised the arse situation, as I now have, making detailed comparisons of how the item reacts in certain contexts. The changes mostly stem from wearing tops of a certain length. To prevent a character’s rear from clipping through, it is essentially made flatter. You can observe the differences down below. 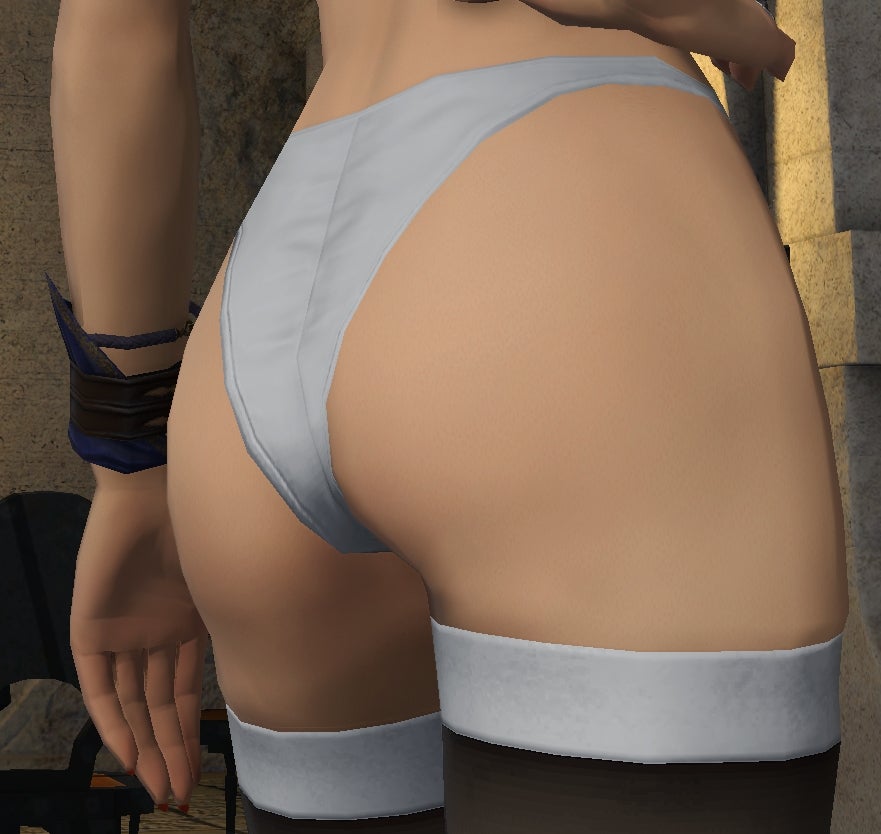 A picture of the arse. 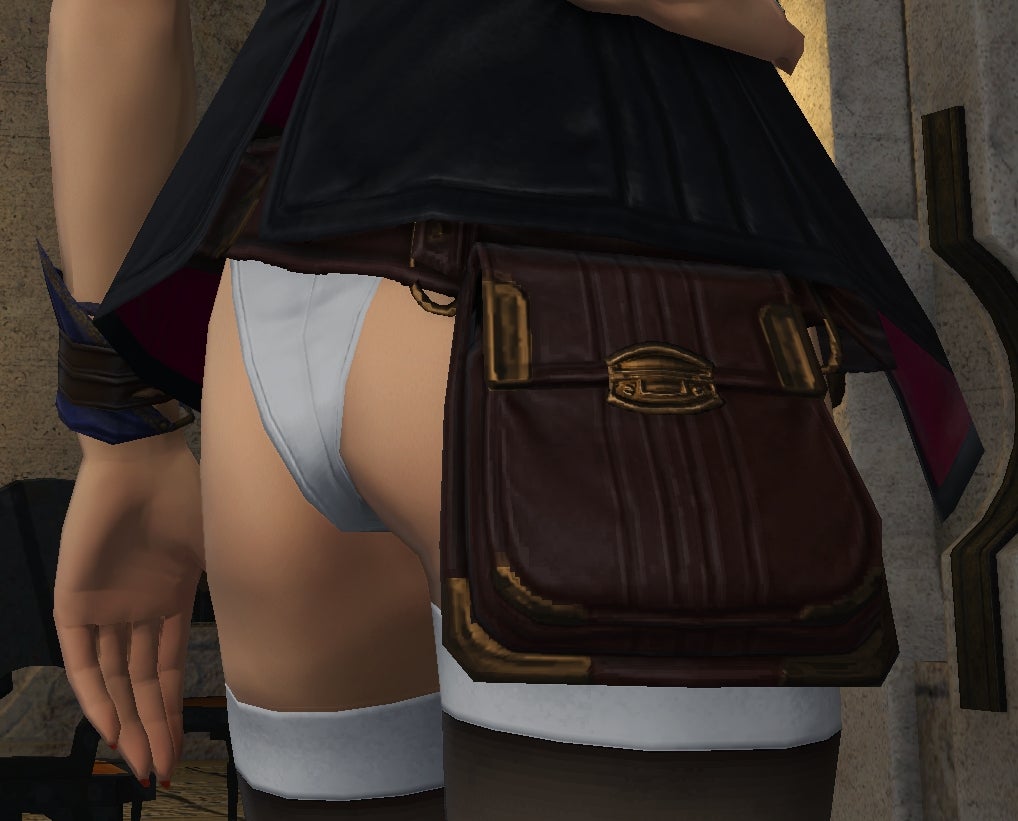 A picture of the arse when interacting with another clothing item.

Concerned players might not need to worry too long. According to one concerned citizen who said they watched a lengthy (14 hours!) special broadcast featuring director Naoki Yoshida, the main issue for the FFXIV team was to do with how the item reacted when the player sat down, creating the clipping issue. The item will be supposedly be assessed and potentially fixed. Time will tell if players will get their asses back.

Kotaku has reached out to the Square-Enix team but did not receive additional information in time for publication. I have a weird job.