How To Unlock The Rest Of Paper Mario: The Origami King’s...

Yakuza: Like A Dragon Battle Menus Now Spell ‘SEGA’ Thanks To...

Just My Opinion: The Company Offering $190,000 For The Perfect Robot Face Should Choose Luigi 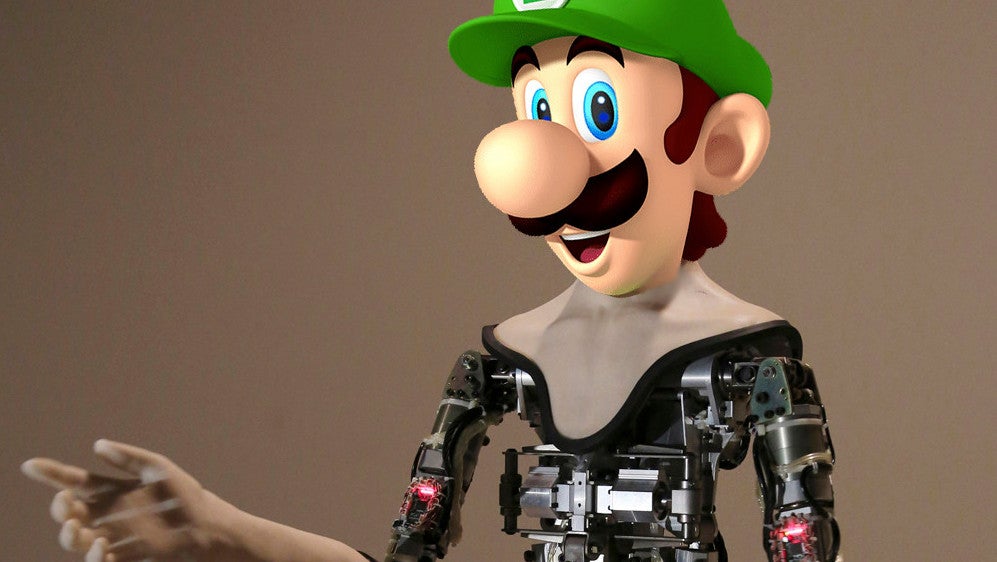 British engineering firm Geomiq is now accepting submissions from the public to be the literal face of a “state of the art humanoid” robot slated for production in exchange for $190,000, CNET reported on Wednesday.

Geomiq is asking for those interested to sent in photos of their faces to the company (instructions on Geomiq’s website here). The company explained that it was contacted by a VC-funded company for a “secretive” project that has been underway for five years. The only details provided through the blog post are that the face must be “kind and friendly” and that the resulting robot will act as a “virtual friend” for elderly people, with potentially thousands of units going into production. Whoever wins the competition will get licensing fees of £100,000 (around $190,000).

So, pretty straightforward. I have some thoughts.

First of all, it’s pretty clear to me that Mario is the front-runner, as he usually is, undeservedly. The guy jumps on a couple thousand Goombas or recklessly throws turtle shells at competitors in a go-kart race, and suddenly everyone’s just fawning over him, yelling stuff like “Mario jumps, Luigi slumps!” or “Legalise Metal Mario!” It’s a cult of personality, ok? You should pick Luigi, and not just because he owes Bowser a lot of coins.

Here is a short list of the most compelling reasons to choose Luigi:

I rest my case. Thank you, and please put Luigi’s face on the terrifying metal man.