Lost Blade Runner Game Is Given A Second Life

1997's Blade Runner was a point-and-click adventure like no other at the time. But any attempts to re-release the game, let alone re-master, were made impossible after the original source code was lost during a Westwood Studio move.

This meant only those with an original CD copy could play it but anyone hoping to try it out in the digital age would have a hard time making it possible.

ScummVM developers have been working for months at getting the game back up and running and made a breakthrough back in June 2019. After months of public testing, ScummVM is now supporting Blade Runner, as noticed by RockPaperShotgun. This means you'll now be able to play the game how it was meant to be, rather than relying on fan patches, which, while appreciated, could sometimes be janky.

The Blade Runner Game Had A Secret Ending

If you can get it running on Windows 10, Westwood's Blade Runner remains one of the most unique and enthralling point-and-click adventures available. It's built in a sprawling world, operating in real-time as the player gathers clues about a vicious animal murder. Building that world, particularly with the technology available in the mid '90s, was an immense challenge. But that system allowed not just for Blade Runner to have multiple endings, but a special ending in particular.

So, why bother with a 22-year-old game? This version of Blade Runner was an impressive beast at launch, offering a stylistic world and multiple endings, at a time when video games focused on much simpler mechanics. Unlike the name suggests, the story didn't follow the 1982 film starring Harrison Ford. It's certainly in that world, and there are references to it, but instead, you take on the role of Ray McCoy, rookie blade runner on a case to figure out who's killing the world's remaining animals. Adding to intrigue, it's set in 2019.

Even though it's a point-and-click by name, gameplay focused more on searching for evidence, questioning suspects and analysing clues. To make things more difficult (and re-playable), the culprit was randomised on each playthrough. While the cast of characters remained the same each time, who was guilty changed so you'd need to do your diligent detective work each playthrough to ensure you were targeting the right person and to figure out who was human or replicant. It left you guessing, just like the movie.

So, how can I play Blade Runner now?

Now that ScummVM has made it all possible again, it's become a whole lot easier. While the main issue is still regarding the missing source code, those with a copy often had troubles playing it due to advances in computer technology. First, you'll need to have a copy (whether it's the original CD or downloaded from somewhere). Then head to ScummVM and download the software. The ScummVM community has a multitude of other early PC classics to browse if you want to take a walk down nostalgia lane.

If you still can't quite remember Blade Runner or have slept on it for the past 22 years, relive its glory in the gameplay below. 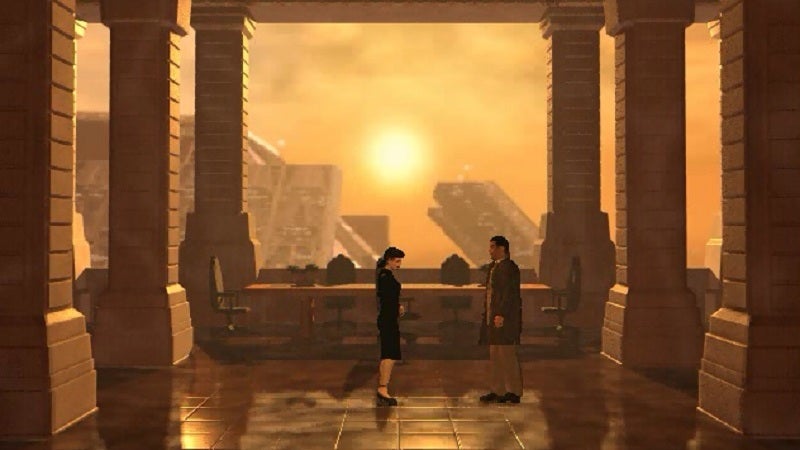 Blade Runner fuses together a morally ambivalent story about godhood with a visual panache that has shaped cinematic science fiction since its 1982 release. While it has inspired many games like Snatcher, Mean Streets, and the forthcoming Cyberpunk 2077, there have actually been only two Blade Runner video games, each of which approaches its source material in unique ways.