Modern Warfare Demands Your Attention, But It Might Not Deserve It

It opens with a suicide bombing. You are in a van full of terrorists, nervous, silent, about to do something awful. The van arrives, and a man with a bomb strapped to his chest strides out into a crowded urban space, detonator in hand. He moves to pull the trigger, and we smash cut to the title: Modern Warfare.

As an opening statement, the scene is doing a lot of things in very little time. I don’t feel good about any of them.

First, the obvious: Modern Warfare demands your attention. It’s a play for shock and awe, the developers telling you to put your damn phone away because they aren’t fucking around. Look a little deeper, and there’s another thing this scene says: This is what modern warfare is like. People in a van with bad intentions ready to violently collide with your life at any moment. This is what our soldiers are fighting, and what you will fight over the next few hours of this game. The phrase Call of Duty is missing from that title card, suggesting that what you’re about to experience isn’t so simple as the franchise title would suggest. It’s also a challenge—do you think your morals can make it through a complicated situation like this intact? Do you know what you would do? Would it in fact be the right thing?

I’m only a few hours into Modern Warfare’s campaign, but from the start, it is writing some exorbitant checks, and I’m not confident that it can cash any of them. It’s a feeling that only grows in the second level: a mass shooting in London’s Piccadilly district.

This is all in the first 20 minutes.

I’m not saying that such events should not be depicted in a game, but that 10 years after Call of Duty: Modern Warfare 2’s “No Russian” level, there is little to commend for merely “going there.” We’ve been there. The challenge is providing a compelling reason for doing it. 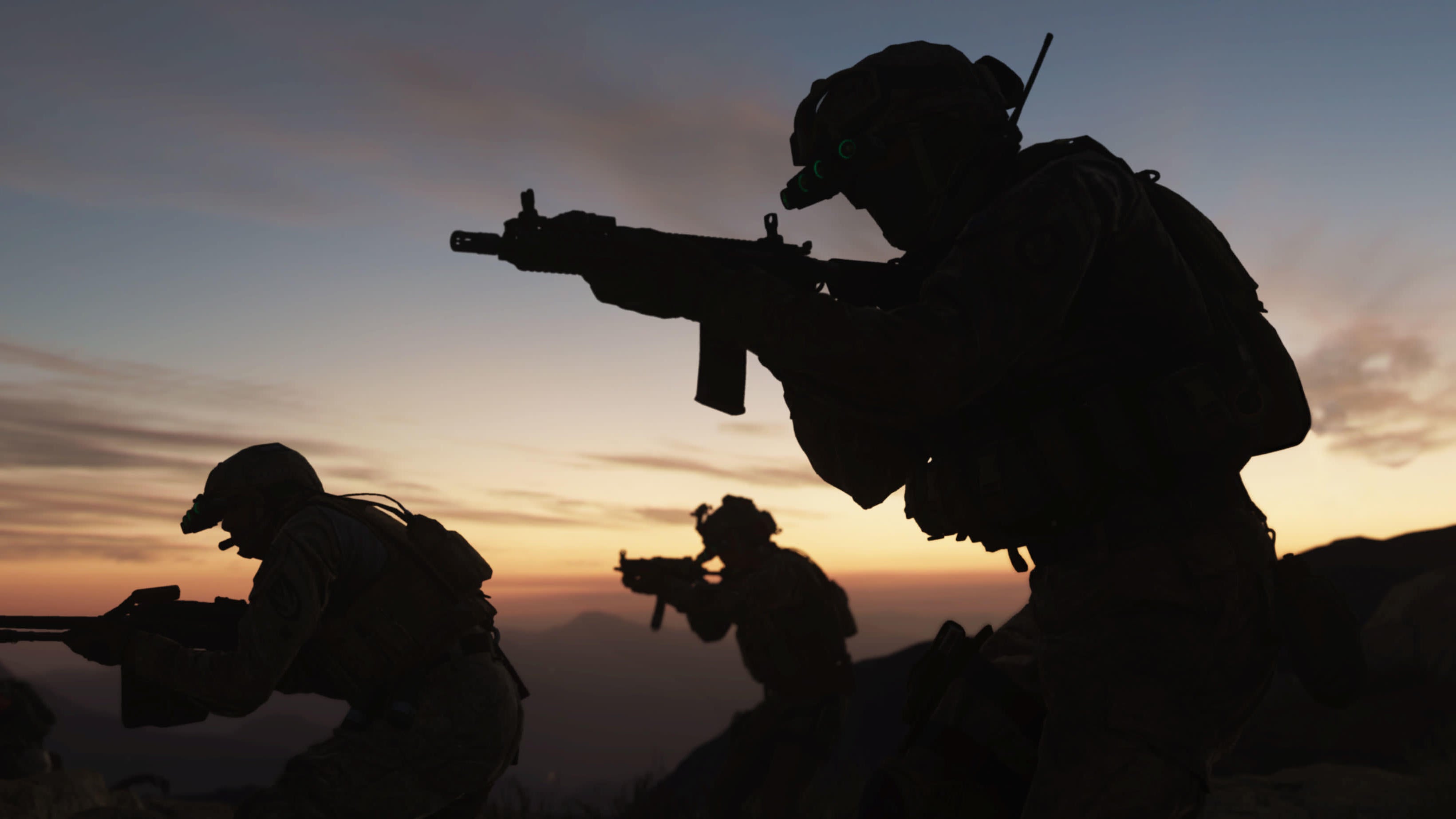 I’m not confident that one will arise, because more than anything, Modern Warfare endeavours to be a Call of Duty game. It’s a sprawling military thriller with brilliant pacing and a cast of characters who each bring a different perspective to a complicated, amorphous conflict. There are chemical weapons on the loose, and the elite military forces of the United States and the United Kingdom find themselves on the same asymmetrical playing field as Russian extremists, a barely fictional terrorist organisation called Al-Qatala, and the local resistance from the fictional Middle Eastern nation of Urzikstan.

Call of Duty games have traditionally postured as if their brand of military thrill ride has something meaningful to offer outside of a white-knuckle action story, that depicting the realities of conflict is a noble end in and of itself. If that were true, we’d probably have noticed it sometime over the last decade. Instead, Call of Duty’s influence has been most widely felt via EXP meters added to a genre of video game that never really had them before.

If there’s a sliver of hope, it’s that this time around, I know the characters. They make an impression, and in very little time. The CIA operative Alex, the British police Sergeant-turned-SpecOps liaison Kyle Garrick, the Urzikstani resistance leader Farah, her brother Hadir: I know their faces and voices, I understand their role in the grand scheme of things. They’re introduced well, and with great economy. At times—particularly when Alex begins to assist Farah’s resistance—Modern Warfare seems interested in criticising previous games in the series, casting you as a sympathetic version of the guerrilla fighters that other Calls of Duty had you mowing down. Other times, its only real interest in depicting an even more “realistic” take on combat than before seems to be simply because it’s fuckin’ cool, man. There is hubris in this.

I want Modern Warfare to be more than an expensive, meticulously-rendered shock jock act. Because it’s easy to get someone’s attention with arresting imagery ripped from the headlines, but it’s harder to keep that attention—especially when you haven’t earned it.