Thursday, when Kotaku reported that Overwatch’s Mei had been turned into a symbol of the Hong Kong resistance, one commenter wondered if there would be cosplay of this at next month’s BlizzCon. Probably! But we don’t have to wait that long.

Redditor Zephronica uploaded these photos to r/HongKong of what has to be the first cosplay of Mei supporting the Hong Kong resistance.

Initially, Zephronica thought about burning the costume. “After the whole Blizzard fiasco, there was no way I could wear this cosplay in good conscience anymore, so I thought about showing displeasure by burning this cosplay,” the cosplayer wrote. “Though after seeing all the memes of Hong Kong Mei, I’ve decided that this is a much better choice.” 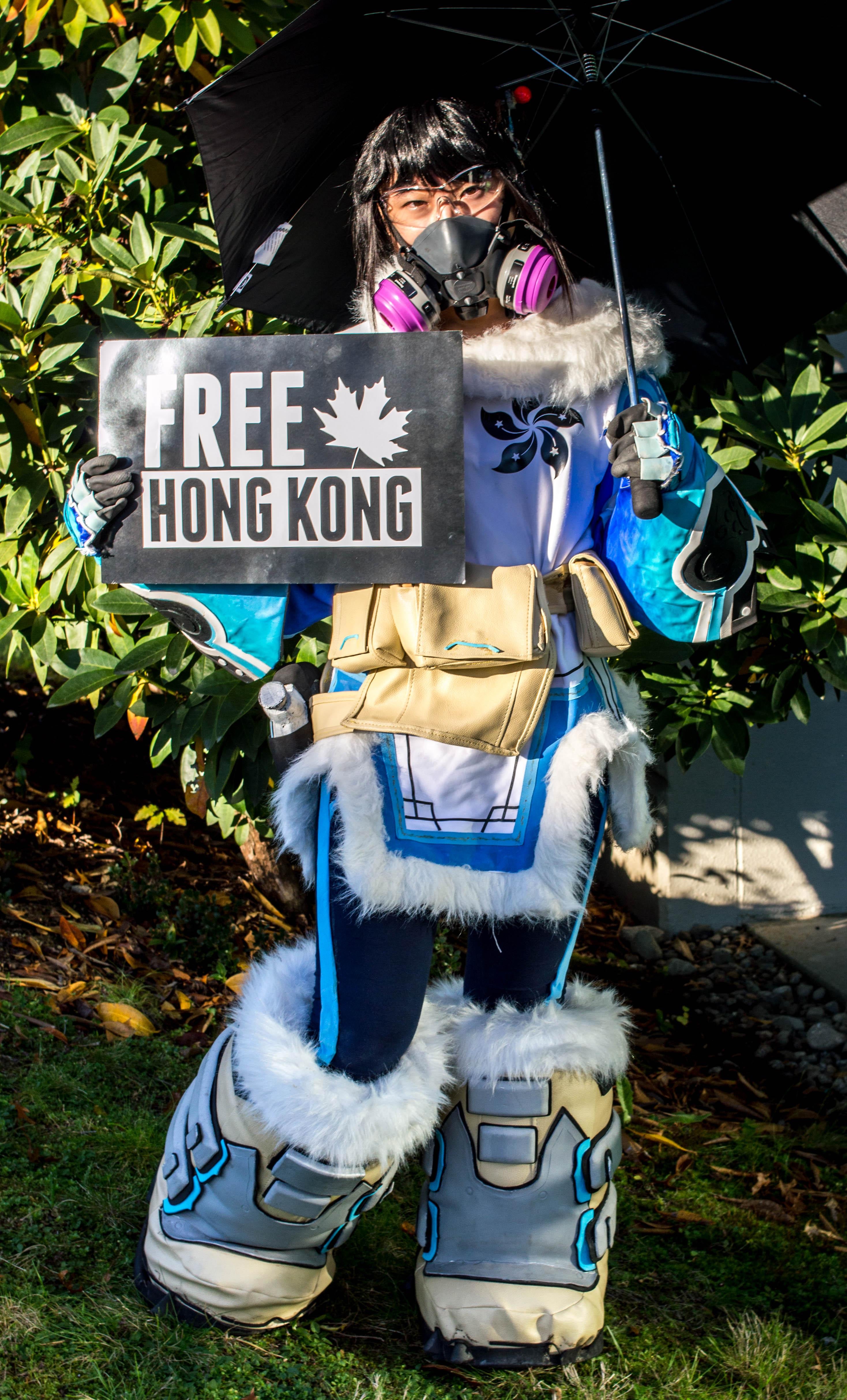 If you are wondering why there’s a maple leaf on the protest sign, Zephronica is supporting the protesters all the way from Canada.

BlizzCon will be held November 1 and 2. Expect Mei cosplay and support for Hong Kong.