After Chung “Blitzchung” Ng Wai called for the liberation of Hong Kong, Blizzard suspended the Hearthstone player and withheld any prize money.

The decision has been widely criticised. Fans have now started posting images of Overwatch hero Mei supporting the Hong Kong protests as a show of solidarity.

In Overwatch, Mei hails from Xi’an, China. By turning her into a symbol of the Hong Kong resistance, fans are showing the character standing up to Chinese rule while thumbing their noses at Blizzard.

With Blizzard banning Chung “Blitzchung” Ng Wai for a year and stripping his prize winnings over the player's vocal support for Hong Kong during a post-game interview, it was only a matter of time before someone else stepped up. Enter Sydney studio Immutable, the makers of a blockchain-powered collectible card game, and the company pledging to repay all of Blitzchung's lost winnings.

Photoshops originated on r/HongKong (here and here) with Redditors encouraging each other to share the images. Twitter users have also been uploading images. 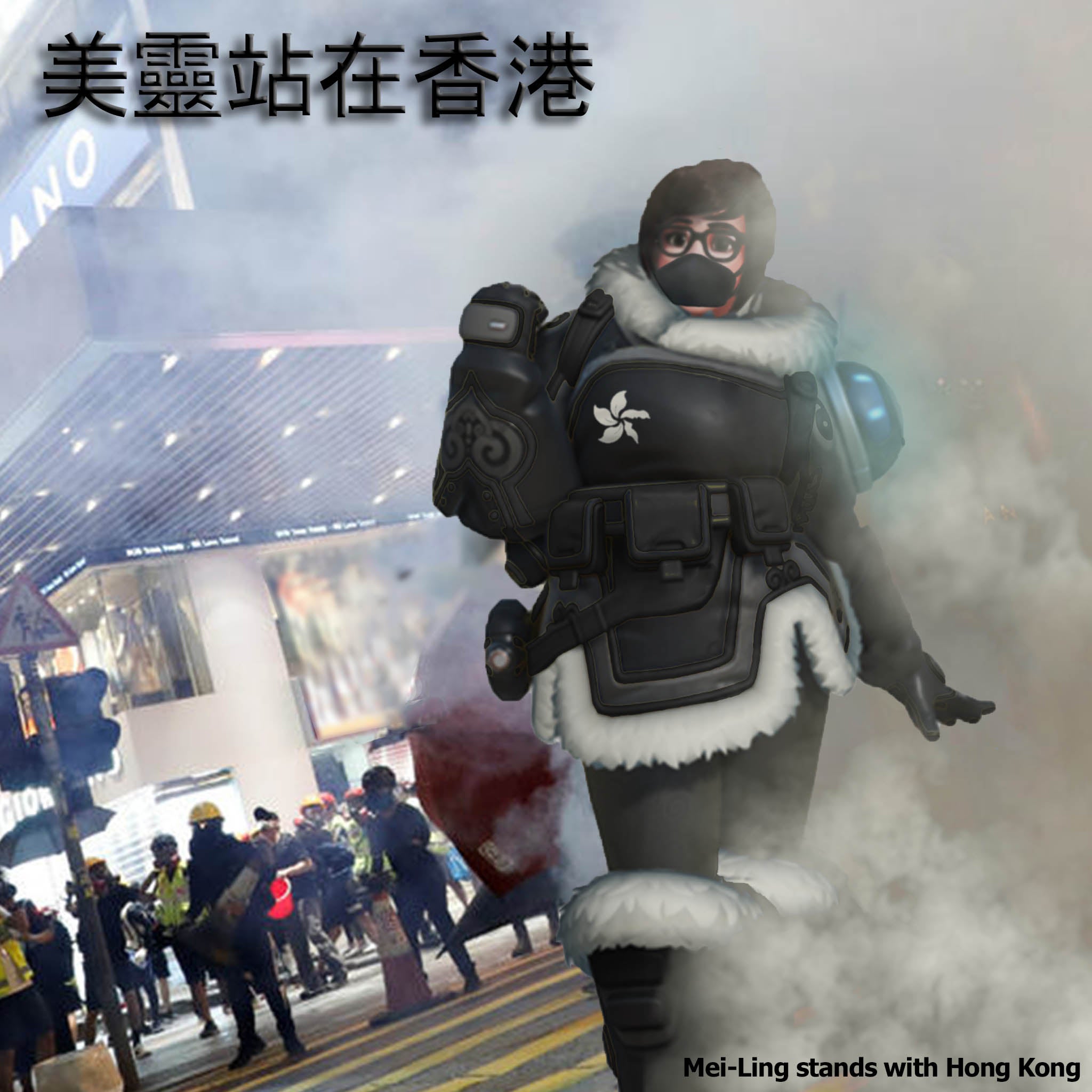 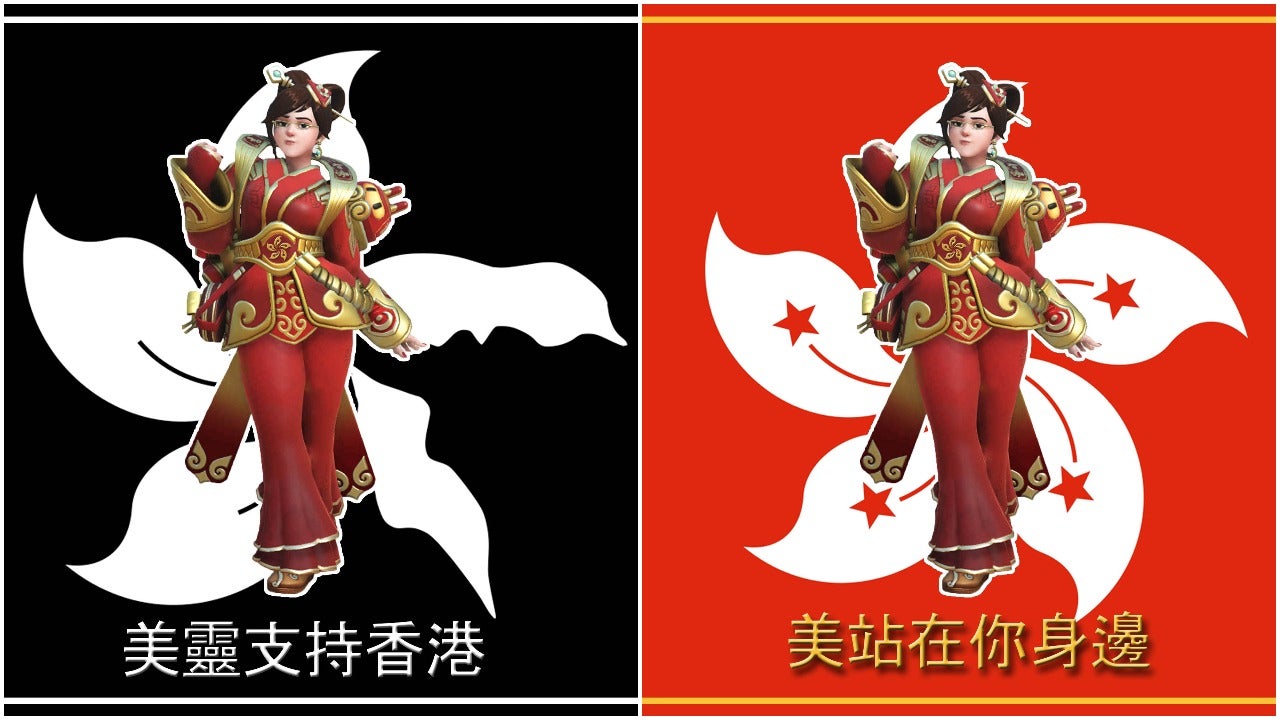 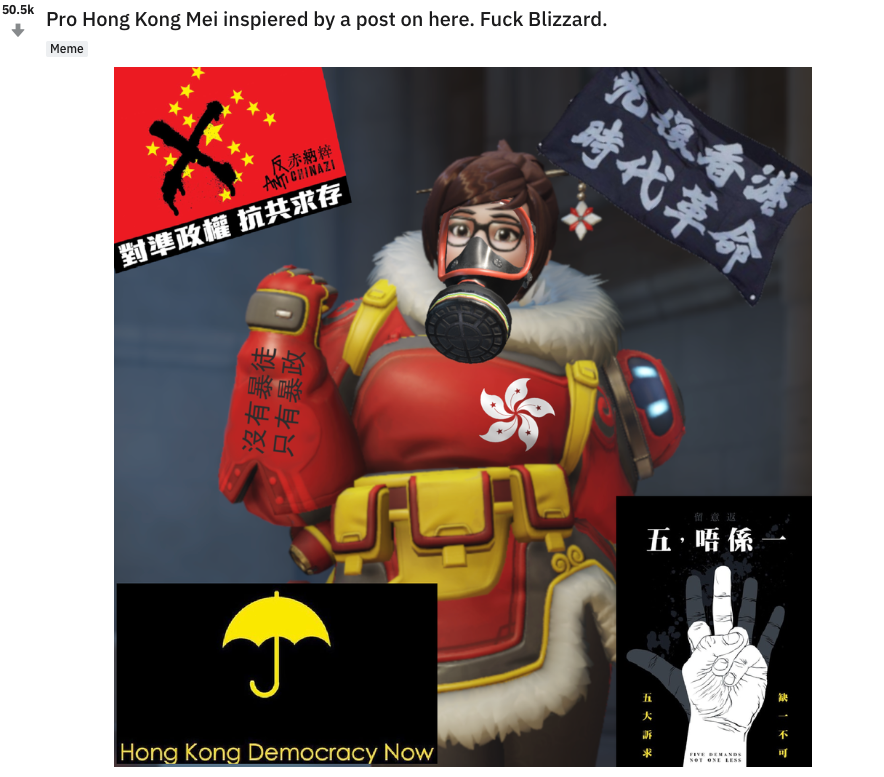 Make Mei the new symbol of Hong Kong's resistance. Or atleast meme it until China bans blizzard products. Share this shit out. pic.twitter.com/jX8RSbnC2f

Quick drawing of Mei from Overwatch to show my support for the protesters in Hong Kong. #LiberateHongKong #Blizzardboycott pic.twitter.com/X9U5NskFyU

Let's get back at Blizzard by making Mei a pro-democracy symbol! Courtesy of r/HongKong#HongKongProtest #BoycottBlizzard pic.twitter.com/vYNVBCgMxM

Mei isn’t the only Overwatch character being used to show support for the Hong Kong protests.

Blizzard can eat my whole ass until the sun explodes pic.twitter.com/fRUsHDYgDW