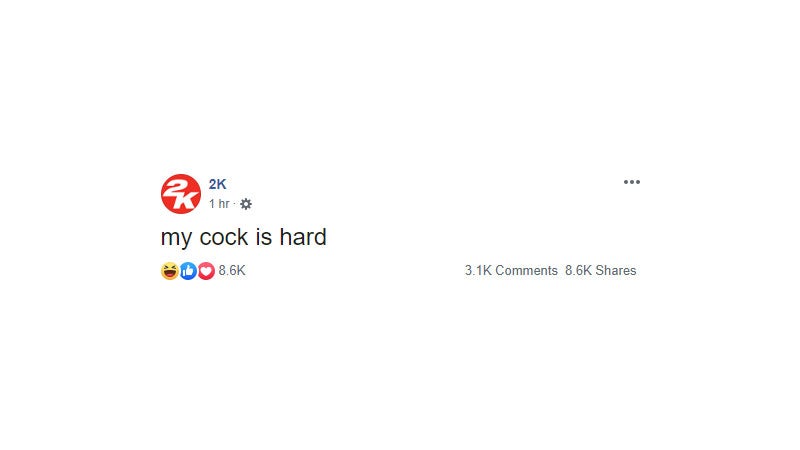 Publisher 2K have suffered quite the security breach tonight, as pretty much every aspect of their social media presence, from Twitter to Facebook, have been hacked, with those responsible posting their own ramblings across the accounts.

While 2K have now regained control over many of those accounts, some—like the company’s Facebook page—are still hosting the intrusive comments from earlier in the evening.

Some of the pages/accounts affected were 2K’s main company Facebook page, the twitter account of NBA 2K’s Ronnie 2K and the official Borderlands account, with many of the same messages appearing across all of them at once: 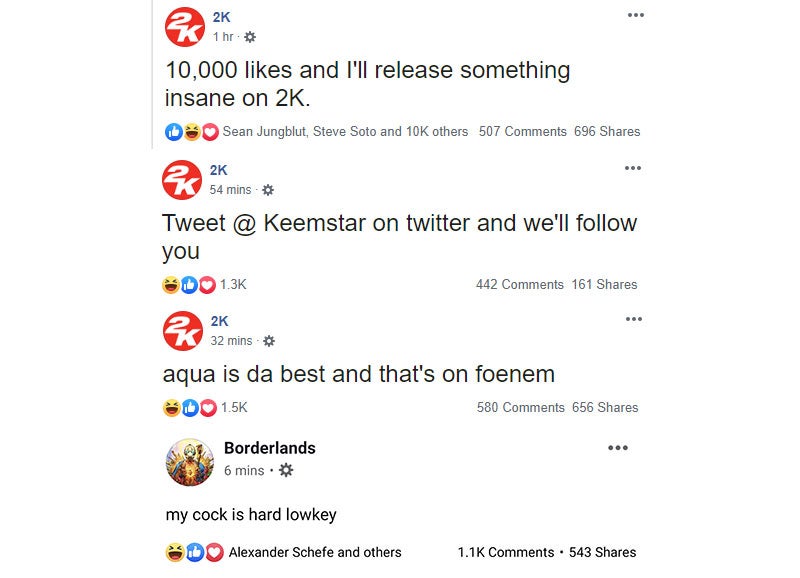 Video game industry employees having their social media accounts hacked is nothing new—only this week we reported about some FIFA staff members suffering the same fate—but I’ve never seen something on this scale before. For all of 2K’s accounts to have been vulnerable at once, from Facebook to Twitter, seems crazy.

Now’s as good a time as any to remind you all to enable two-factor authentication on your social media accounts. Especially anyone reading who works at 2K.