Nearly a month after Hearthstone pro Chung “Blitzchung” Ng Wai was suspended for his vocal support of Hong Kong protesters during a Blizzard-hosted competitive Hearthstone stream, the ensuing controversy still looms heavy over Blizzard’s every move. Protesters gathered outside BlizzCon over the weekend and were largely met with support from convention attendees. The situation has left Hearthstone’s developers in a tight spot.

“The initial decision was too harsh. Absolutely,” Lee told Kotaku, referencing Blitzchung’s original one-year suspension and loss of prize money. “Definitely should have taken more time to consider something more reasonable, but we can’t take that back.” 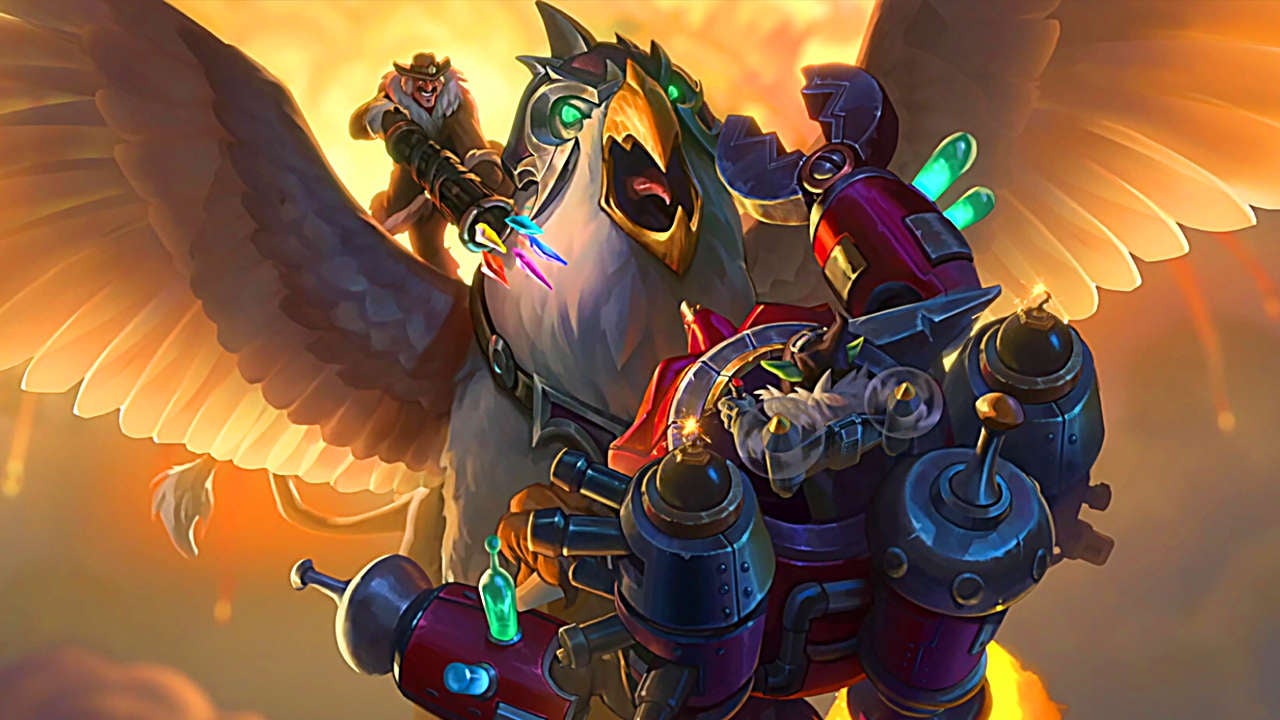 While Hearthstone was at the centre of the controversy, Thompson said that his team’s relationship with the issue wasn’t all that different from other teams at Blizzard.

“We saw it less as associated with our game and more as associated with our company,” he said. “We all feel very tied to Blizzard as a whole. We’re not so siloed off in our teams that we felt like ‘Oh, this is a Hearthstone problem.’ The reality is that it’s something that happened at a Blizzard level, and as a result, we wanted to know how Blizzard was going to react to it and what Blizzard was going to do going forward.”

Thompson and Lee said that, even as Blizzard initially put up a cone of silence that wound up serving as a megaphone for people’s rage, they encouraged team members to voice their concerns internally.

“We have a team that hails from all over the globe,” said Thompson. “For some of them, [Blizzard’s response] was felt on a much more personal level. That’s something that we really wanted to address. We wanted to help them feel as open as possible to express those feelings and to be able to come to us as leadership with those concerns and problems, wherever they fell on either side of the line or the middle or whatever it may be.”

As for where Thompson and Lee specifically fall in their reaction to Blizzard’s ultimate decision—to walk back Blitzchung’s suspension but to continue forbidding political commentary during events—they largely feel like it’s the right way to go.

“Of course I celebrate — as we all do to some extent or another—free speech,” said Thompson. “You should be able to say what it is you want to say. I also understand what [Blizzard president] J. Allen Brack himself addressed in his own internal communications and later on to the world at large, which is that being able to speak your mind and say how you feel from a personal level is always and should always be a welcome thing. Doing so from a platform very much not your own and done from a voice not your own to take control, so to speak, or on behalf of another is not free speech. That is on behalf of something that’s not yours to do with.”

So, Thompson said, while Hearthstone pros and streamers might be forbidden from expressing these sorts of viewpoints during events, they’re free to do so on their own streams.

“Our Twitch streamers and content creators asked ‘What if I want to [talk about this]? I’ve got things to say,’” he said. “And our answer was always ‘Say it. Do it. It’s your Twitch stream. It’s yours to do with what you will.’ That’s always something we want to support and celebrate.”

This stance might not please fans who feel that players should have a right to speak out regardless of forum or station, or who point out that Blizzard’s games have traditionally dealt with political themes like war, peace, and inclusion. But Thompson said that he feels like Hearthstone is a “home away from home” where players should “leave your world outside and join this world inside where all are welcome.” 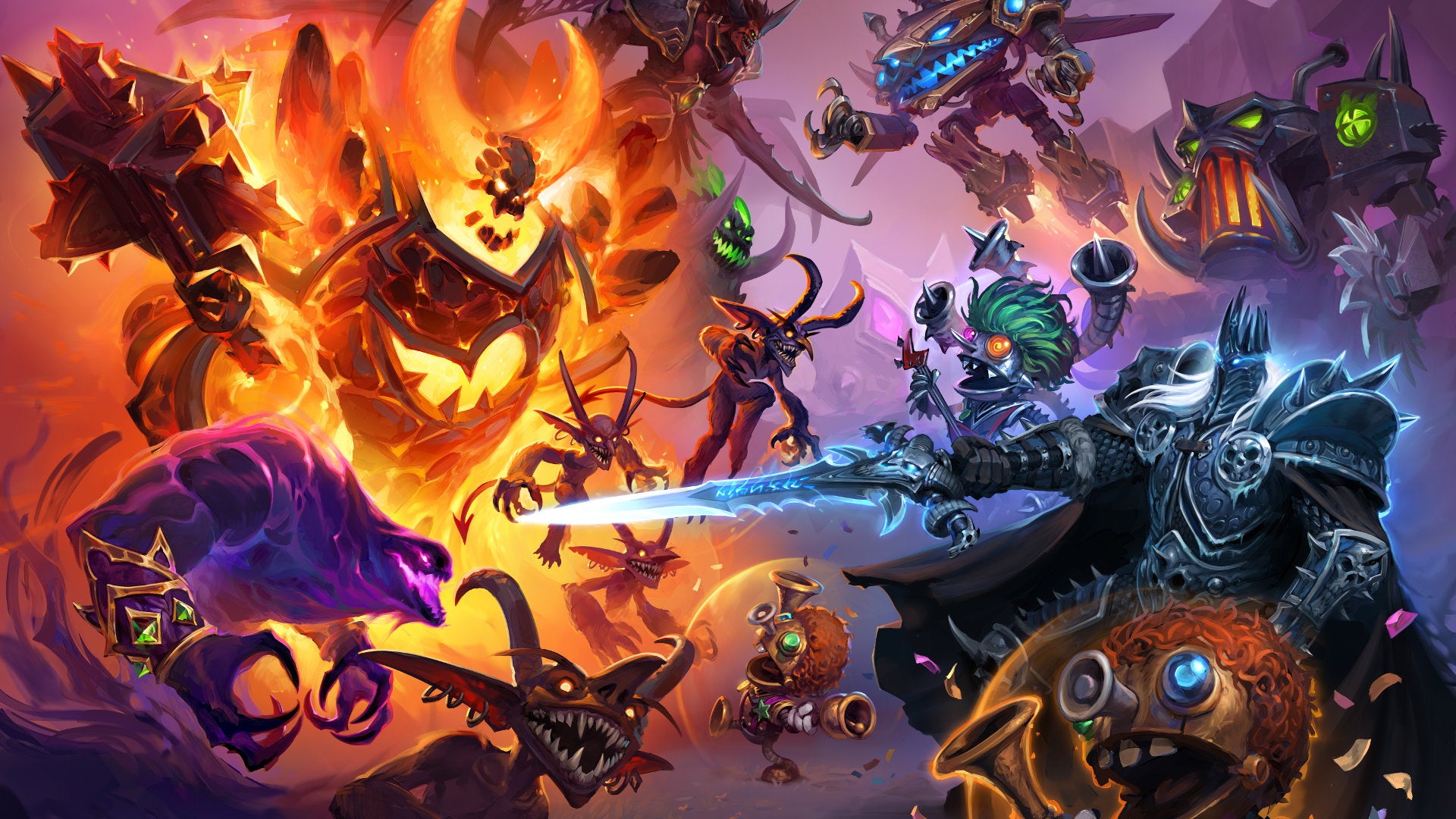 Of Blizzard’s current stable of games, Hearthstone is easily the most lighthearted and escapist in nature. But no game can exist without context, no matter how much developers want players to just come in, sit down, and put their feet up for a game or two.

This goes double when a game like Hearthstone winds up becoming a battleground for an issue like Hong Kong. To react the way Blizzard did is still to take a stance, even if Thompson and company would prefer to project neutrality. Ultimately, though, that’s where Thompson landed on the whole thing: It’s an individual issue in his mind, first and foremost.

“I think you’ll find as you’re talking to people across the company, people are willing and able to express their personal feelings on [Hong Kong], because it’s something that we know doesn’t have really, truly much to do with our game and not much to do with our company, but is instead about people,” he said.

However, this remains uncharted territory for Blizzard as a whole, and the developer has apologised multiple times for its initial decision. Lee and Thompson recognise that there’s still room for education and growth.

“I think we all wish things had been done differently,” said Lee.