Some Fallout 76 Players Are Griefing Pacifists With Nuke Mines 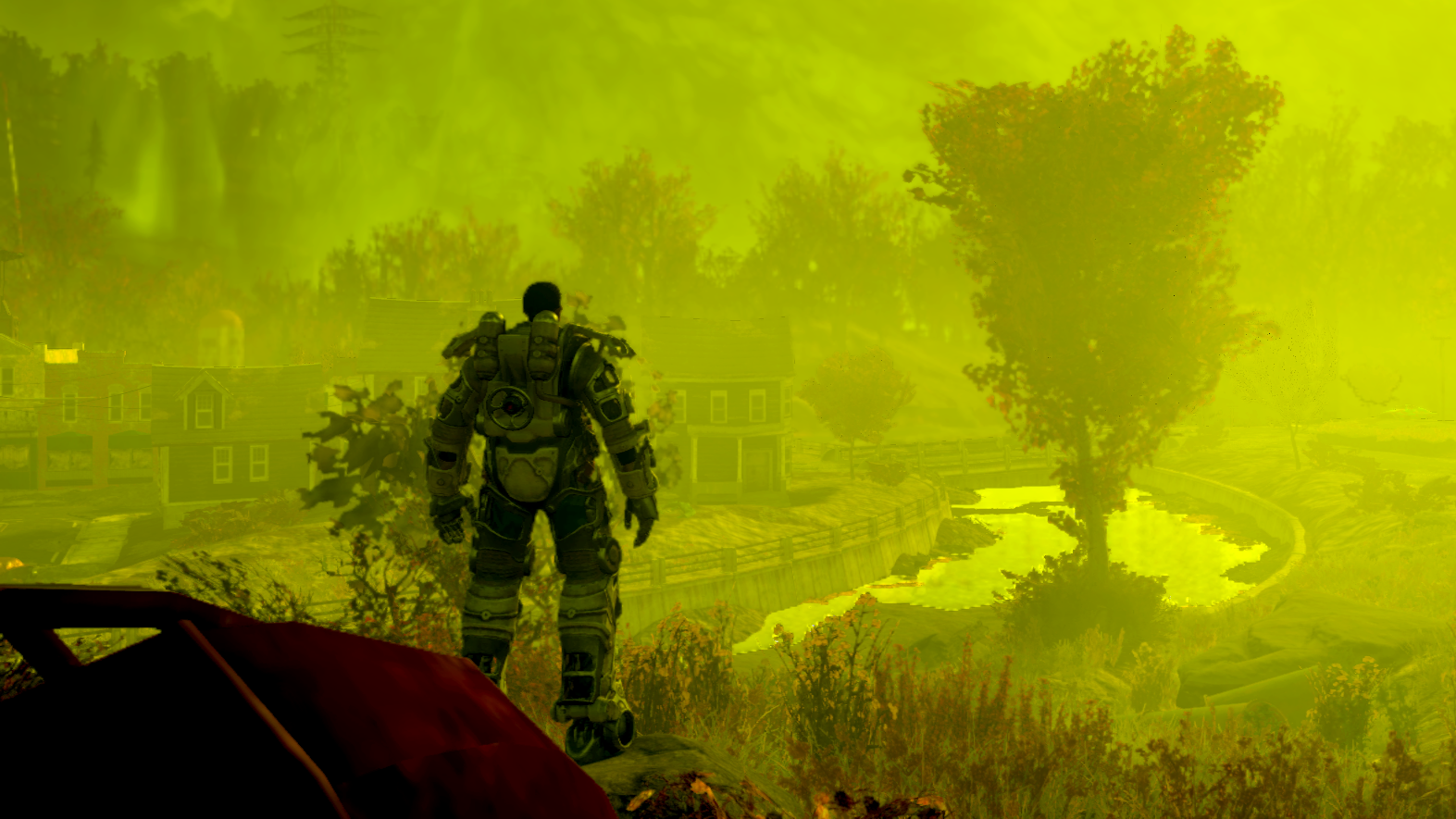 Screenshot: Kotaku, Fallout 76
To sign up for our daily newsletter covering the latest news, features and reviews, head HERE. For a running feed of all our stories, follow us on Twitter HERE. Or you can bookmark the Kotaku Australia homepage to visit whenever you need a news fix.

In Fallout 76, other players are only supposed to be able to kill you if you shoot back, but there are ways to game the system, the latest of which involves killing bystanders with radiation poisoning.

There are so many ways to die in Fallout 76, from being blown up by Scorchbeasts to glitching through the ground and ending up halfway across the map in a catatonic state. But even while the game allows people to explore at their own peril, Bethesda has always tried to keep a tight leash on PVP action. If someone starts attacking you, you won’t take damage unless you fight back. Also, an entire setting exists called Pacifist mode to help prevent players from accidentally dueling.

Radiation poisoning gets around these restrictions, though. Since it counts as an environmental hazard, it can be inflicted on players whether or not they return fire. This is why, for example, it’s possible to grief someone by launching a nuke at wherever their campsite is, potentially ruining their day by spawning monsters and rads until they disconnect from the server. Using this logic, some players have recently been making liberal use of nuclear proximity mines to cause similar trouble. While the explosions from the mines are harmless to pacifist players, the radiation they release is not.

YouTube)" loading="lazy" > When a nuke mine goes off in normal PVP it wrecks everyone in the vicinity, but even in pacifist mode the radiation can destroy a player’s health bar. (Gif: Theangrymen, YouTube)

“Just left a server with a Level 800+ using Plague Walker and Nuka Mines combination to kill players while they are using vending machines @Whitesprings Train Station,” one player wrote on Reddit in October as a warning to others. “This kind of behaviour is very toxic and needs to be stopped before it gets out of hand. I am posting this alert as a PSA to the community. If you’re at vending and start taking damage and hear nuka mines start to detonate then you’re the target! Protect yourself!”

The warnings have continued in recent weeks, with some players calling on Bethesda to ban any players caught doing this. In a post that went up on the game’s subreddit last night, a player who goes by McChuggernaut documented the phenomenon in detail. They argued that it effectively counts as an exploit because it intentionally breaks the game to advantage some players and disadvantage others. Bethesda already considers exploits to be bannable offences.

While still not widespread at the moment, these radiation attacks do seem to be coming more frequently, with lots of people commenting on McChuggernaut’s post to share their own stories of being attacked. “Good PSA, had one guy try it, but I was still on diluted and radshield, so had plenty of time to respond, just jumped to a new server,” wrote one player. 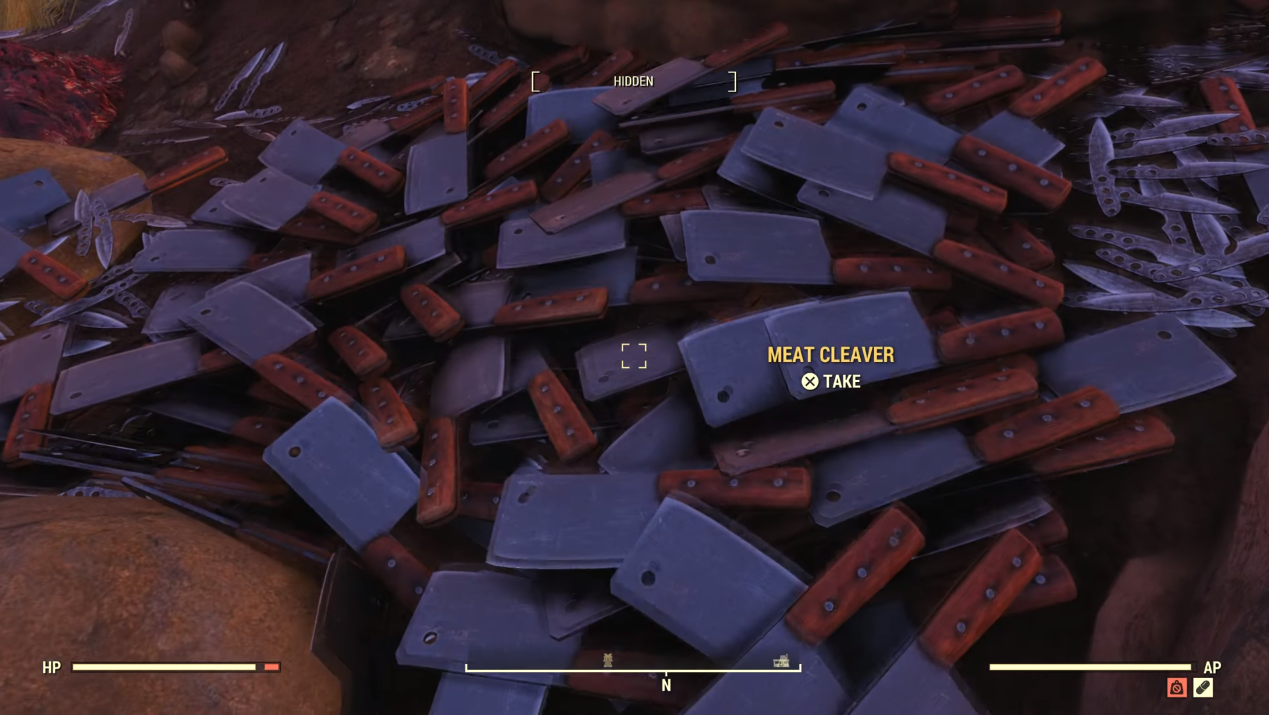 Two separate but related events, coinciding in the way only made possible by the ongoing chaos that is Fallout 76, seem likely contributors to the recent rise of this unscrupulous tactic. The first is that Bethesda shut down the game’s PVP-focused Survival server on October 1. Previously, players who wanted to be cruel to one another largely hung out in that game mode where rewards for killing one another were much greater. With that mode put on hold while Bethesda focuses on the game’s battle royale mode and upcoming Wastelanders update, some of that bad behaviour has migrated back to the game’s main Adventure mode.

The second is a duplication glitch that has been popular for the past few months, up until it was patched out a couple weeks ago. Unlike previous duplication glitches, this one only allowed people to duplicate items that could be thrown. This led to massive piles of items like meat cleavers that players could then scrap for raw materials. But proximity mines can also be thrown, and for a time the glitch led to a huge proliferation of nuclear mines. Add the two together and you have a recipe for a new form of griefing for those high-level players who have already done everything else.

Potentially not for long, though. “We’ve seen the threads and have been investigating this issue on our end, and are aware of this bug,” wrote one of Bethesda’s community managers in response to a Reddit post on the subject. “We will update you as soon as we have more information on this.” For now, the only fool-proof way to avoid griefing is to pay into Bethesda’s monthly Fallout 1st service for access to a private server.