Qwilfish Is A Fish That Sucks At Swimming

Every Pokemon is interesting and worth talking about. I don’t play a ton of Pokemon, but I do enjoy the universe and I love learning more about the creatures in it. So, Here’s Another Pokemon! It’s Qwilfish!

Sometimes you see an animal and think “Why did nature and evolution team up to screw you over?” Qwilfish is that kind of creature. Based on its appearance and name you might think that this aquatic Pokemon would be a decent swimmer. But no, not at all. In fact, according to multiple Pokedex entries found on Bulbapedia, Qwilfish is not a great swimmer. Which seems like a bad thing for a fish that lives in the ocean.

Qwilfish is a small Pokemon covered in small spikes and was introduced back in Gen II. It sort of looks like a pufferfish and that’s for good reason. Qwilfish, like a pufferfish, can enlarge and use its spikes as a weapon. But unlike a pufferfish, Qwilfish inhales 2.6 gallons of water and then uses the pressure in its body to shoot poisonous quills towards its target. These quills aren’t to be messed with and can actually cause creatures and potentially humans to faint. And if you happen to be in the water and faint, that’s a bad combo and might be the end of you. 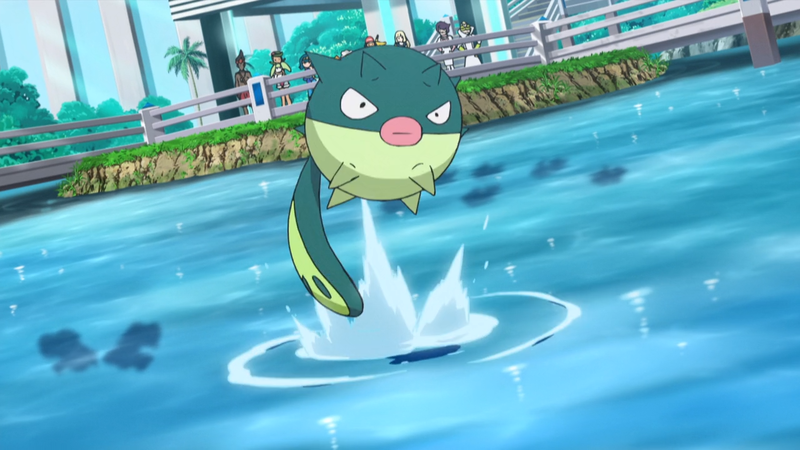 Nearly three gallons of water is quite a bit. I have a gallon of milk in my fridge and I can’t imagine this small fish drinking THREE of those quickly and then containing that much liquid inside its small body. However, sucking down that much water has its price. Remember how I mentioned Qwilfish is bad at swimming? Well, it becomes an even worse swimmer when it is filled with water.

According to Bulbapedia, Qwilfish doesn’t evolve into anything and I understand why. None of these creatures are living long enough in the wild to ever get a chance to evolve. The first time a predator chases a Qwilfish, there’s probably a 75% chance it ain’t escaping. 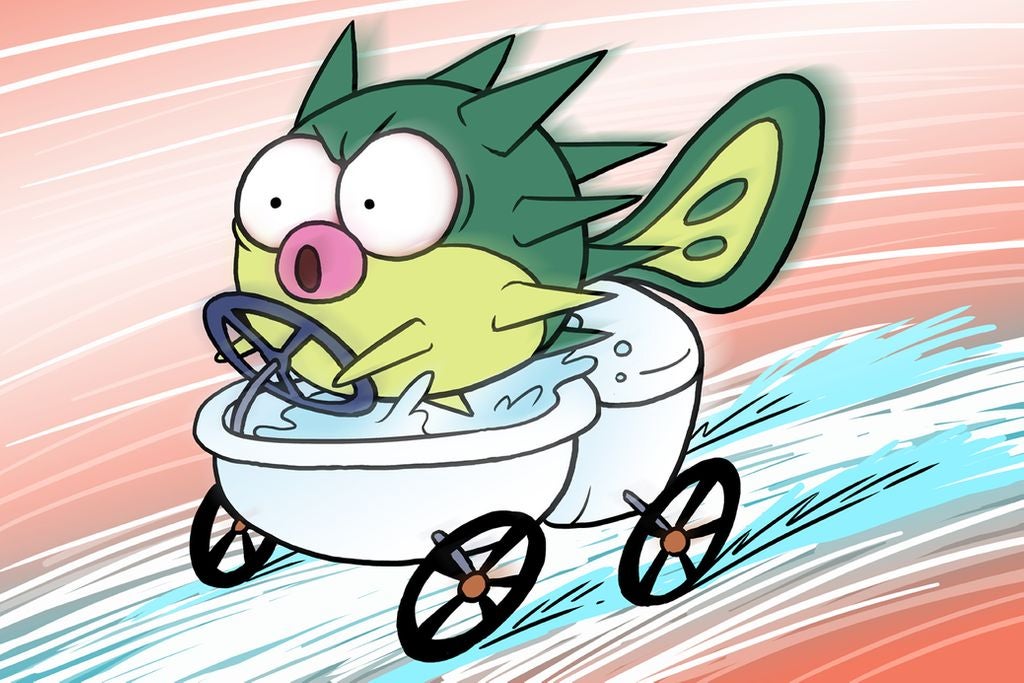 I love this art. It feels like it came out of a magazine ad for a Pokemon kart racer that we never got. Also, the person who created this pointed out something that I’m going to talk about more in the “random facts” section. It has no fins.

Me thinking about where the poop comes out of… 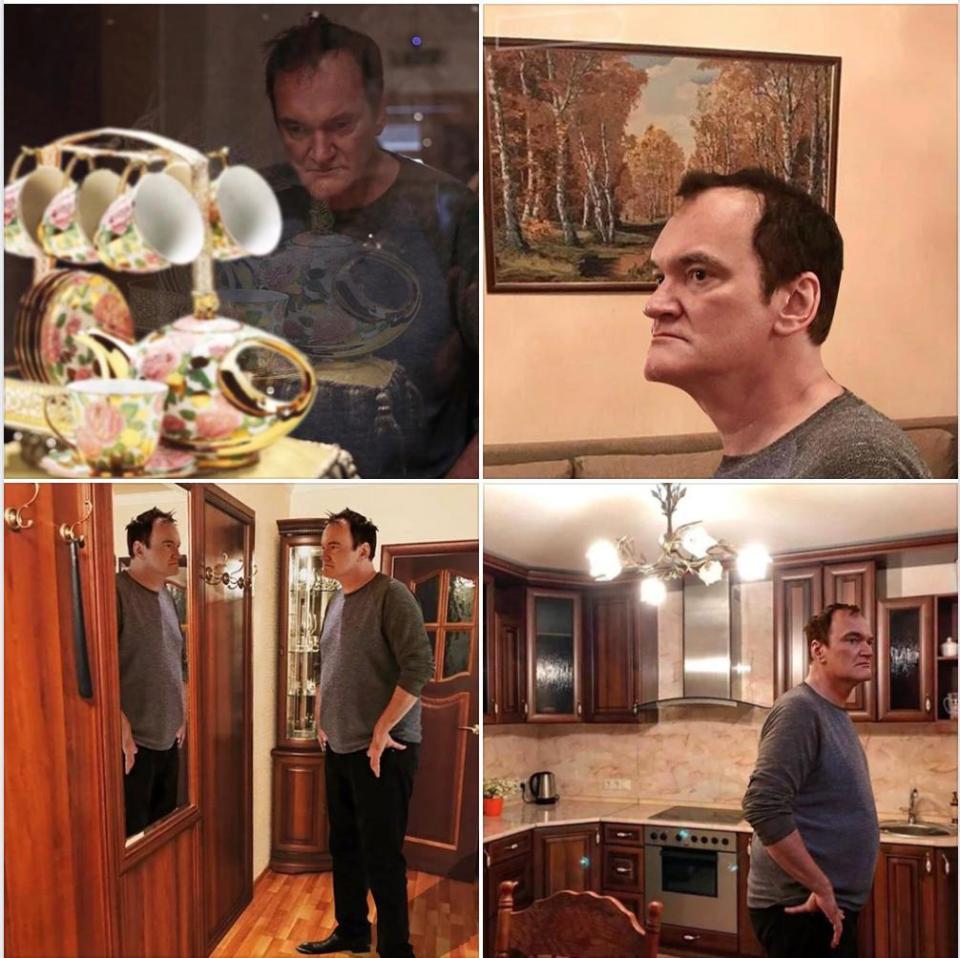