In the first round of the new episode, which is available online at the Food Network website, bakers were given two hours to create an edible version of a Pokémon character. Once completed the creations would be judged by a panel of baking experts, and one competing baker would be eliminated. The remaining three would then go on to round two, building another Pokémon to face off against their first in a battle scene. 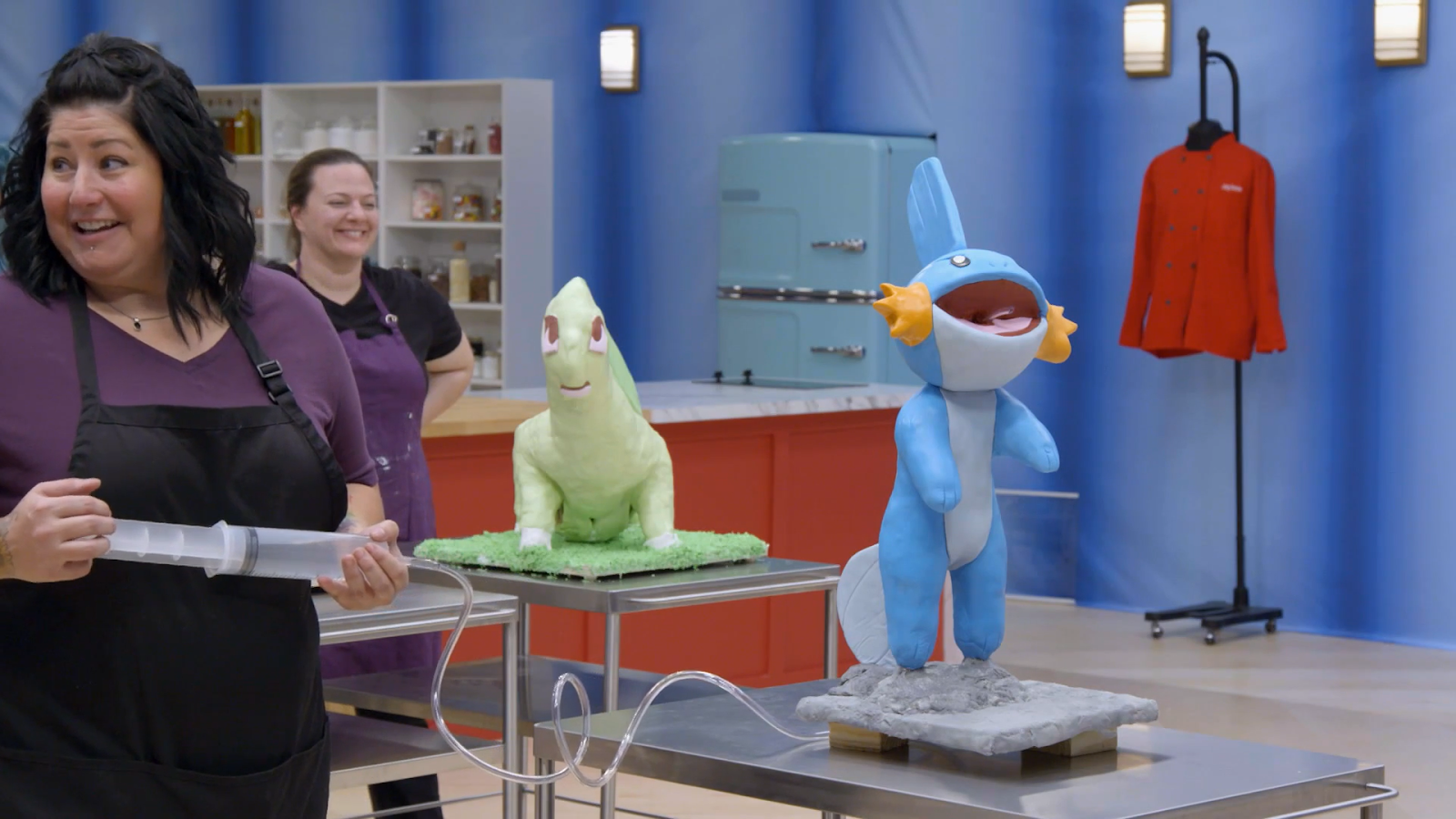 Round one was very good for water Pokémon. Cake maker Erin Erler dazzled the judges with her water-shooting Mudkip (which she heard you liked), while Manuel Miranda crafted an amazing edible likeness of eighth generation stater, Sobble. 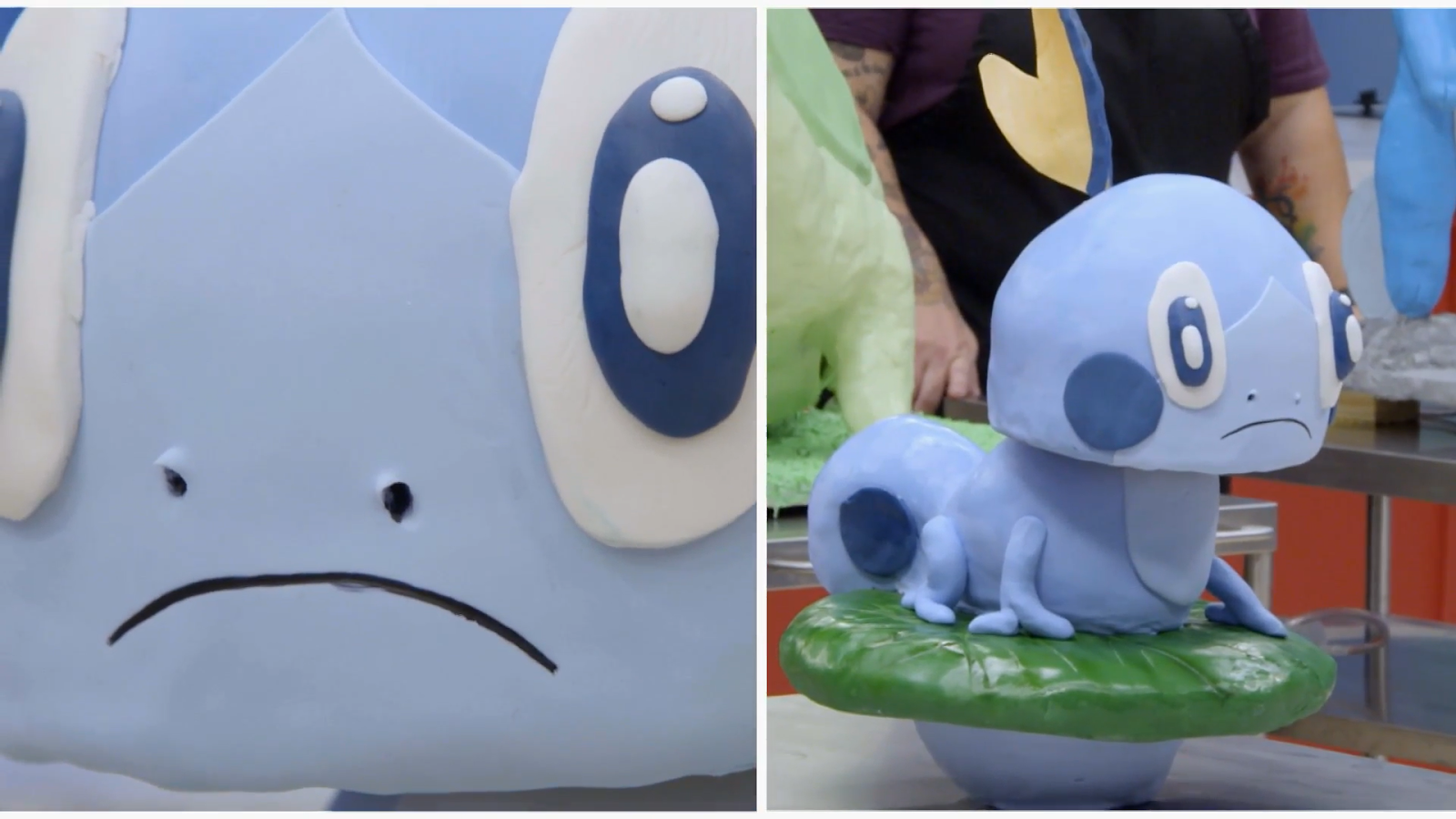 On the not-so-great side, Vanessa Sampson’s standing Litten, though accurately rendered, wound up looking quite a bit jacked up. The fondant work wasn’t great on this one. 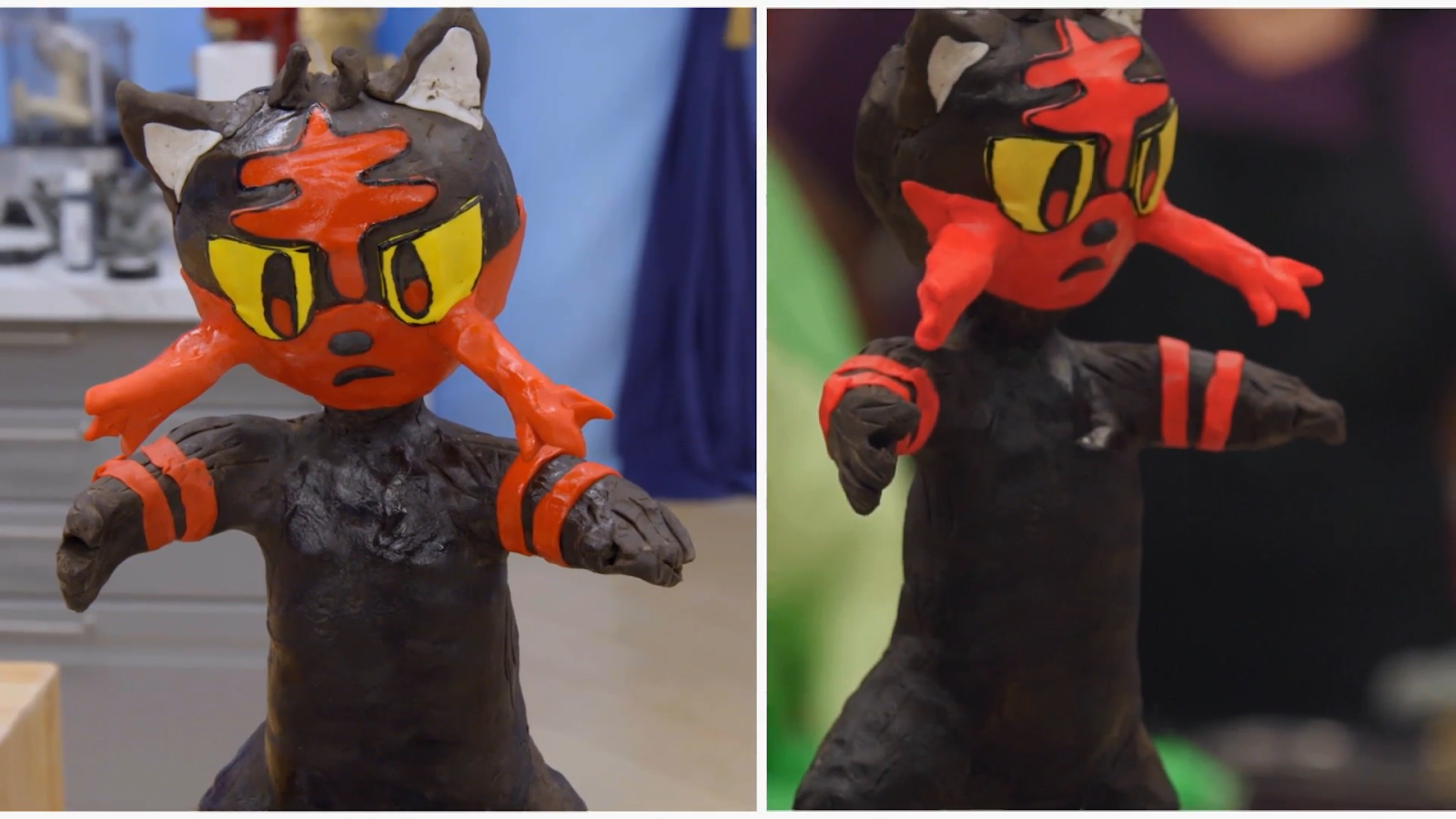 Last and unfortunately least, we have Chikorita. Baker Allison Stamm has created some amazing cakes over the years. This particular Pokémon is not one of them. The feet are all wrong, the necklace is missing. It’s just not quite Chikorita. 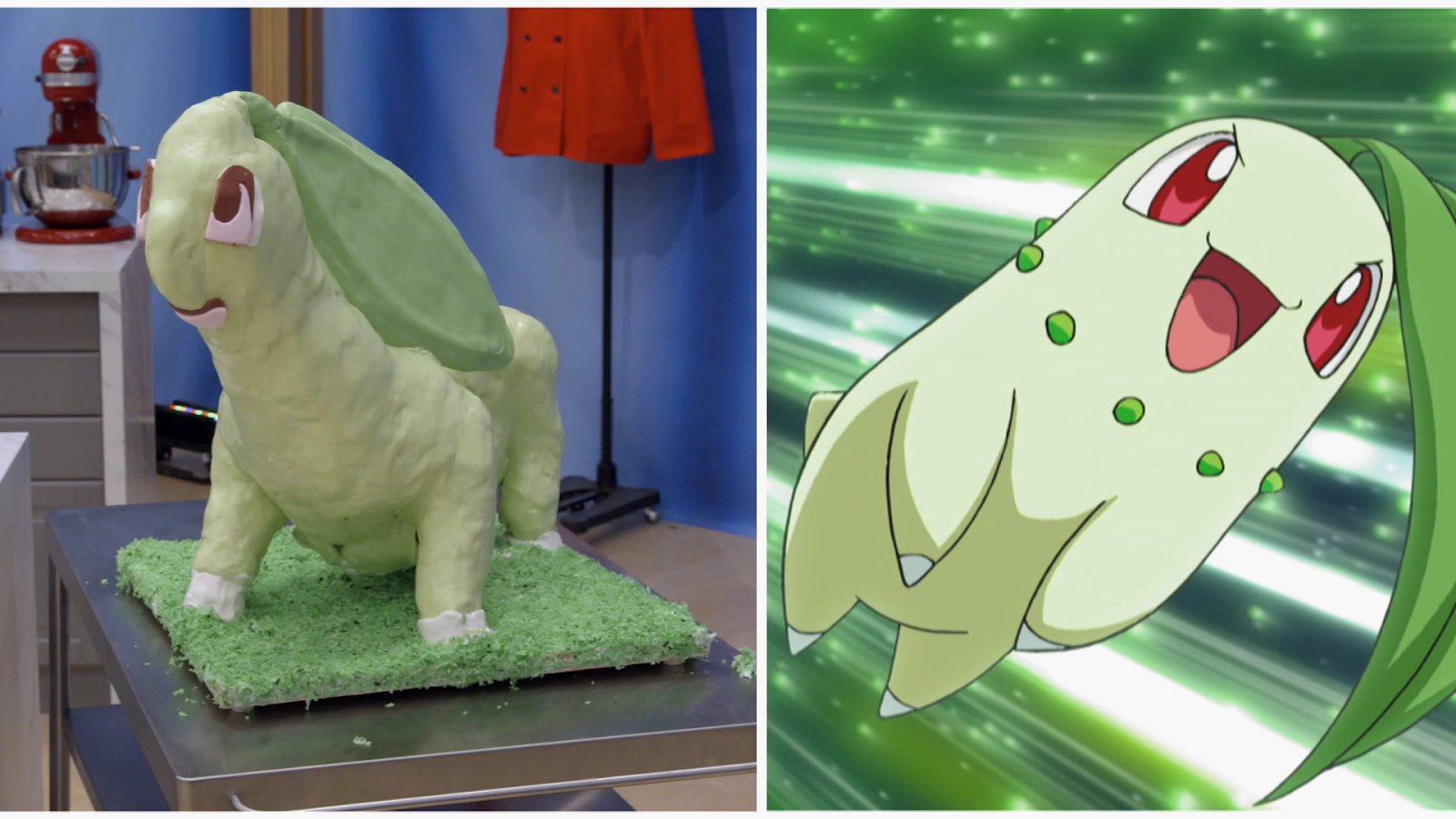 Allison’s attempt was not enough to make it through to the next round, leaving Erler, Miranda, and Sampson to see the Pokémon cake challenge to its sweet and shiny end.

For their next creations, all three created some pretty messed up pocket monsters. Erler’s super-skinny Pikachu is the stuff of nightmares. 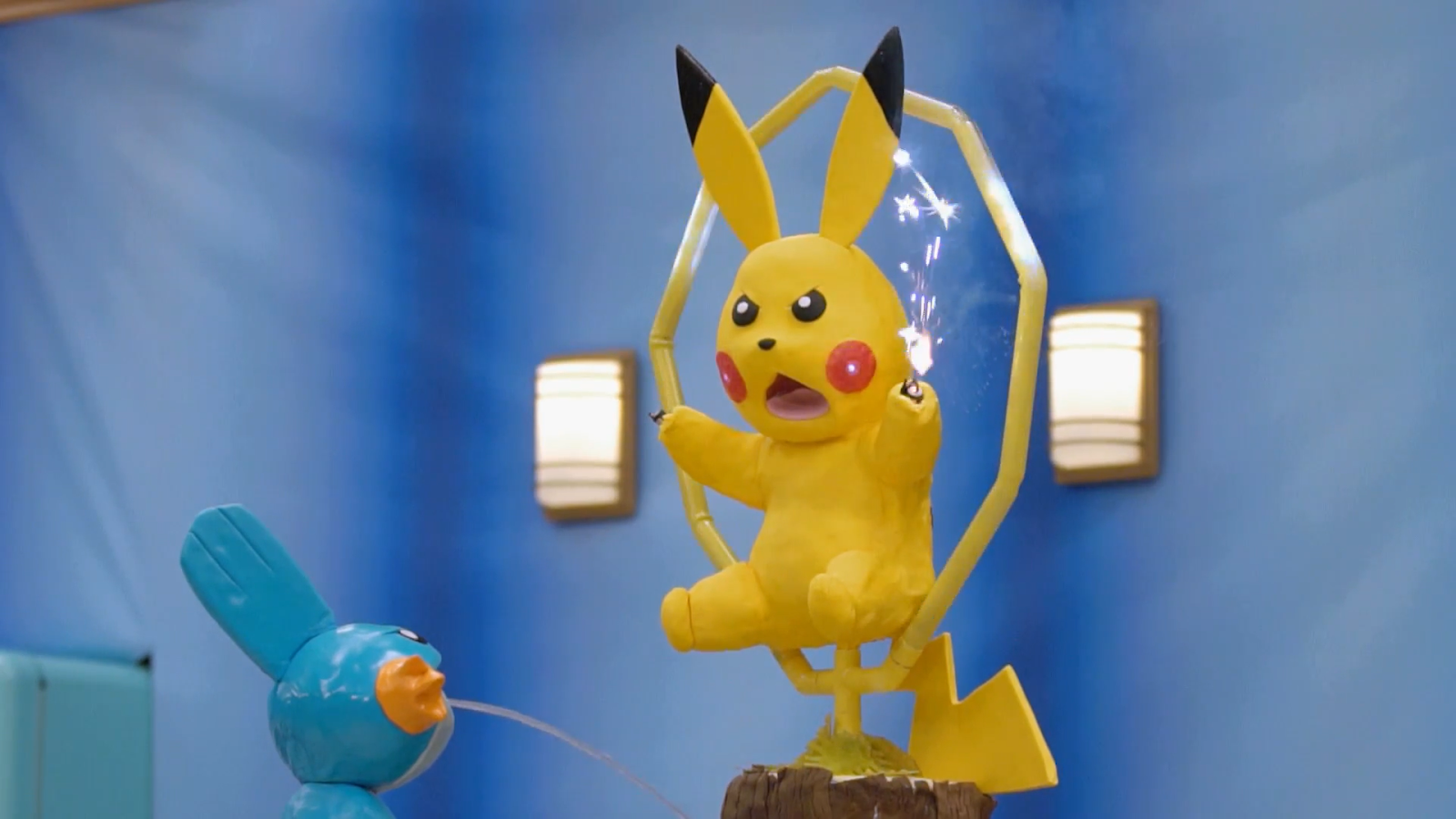 Not only did Sampson fail to fix the fondant on her Litten, she set it up to be murdered by a ginormous Squirtle. 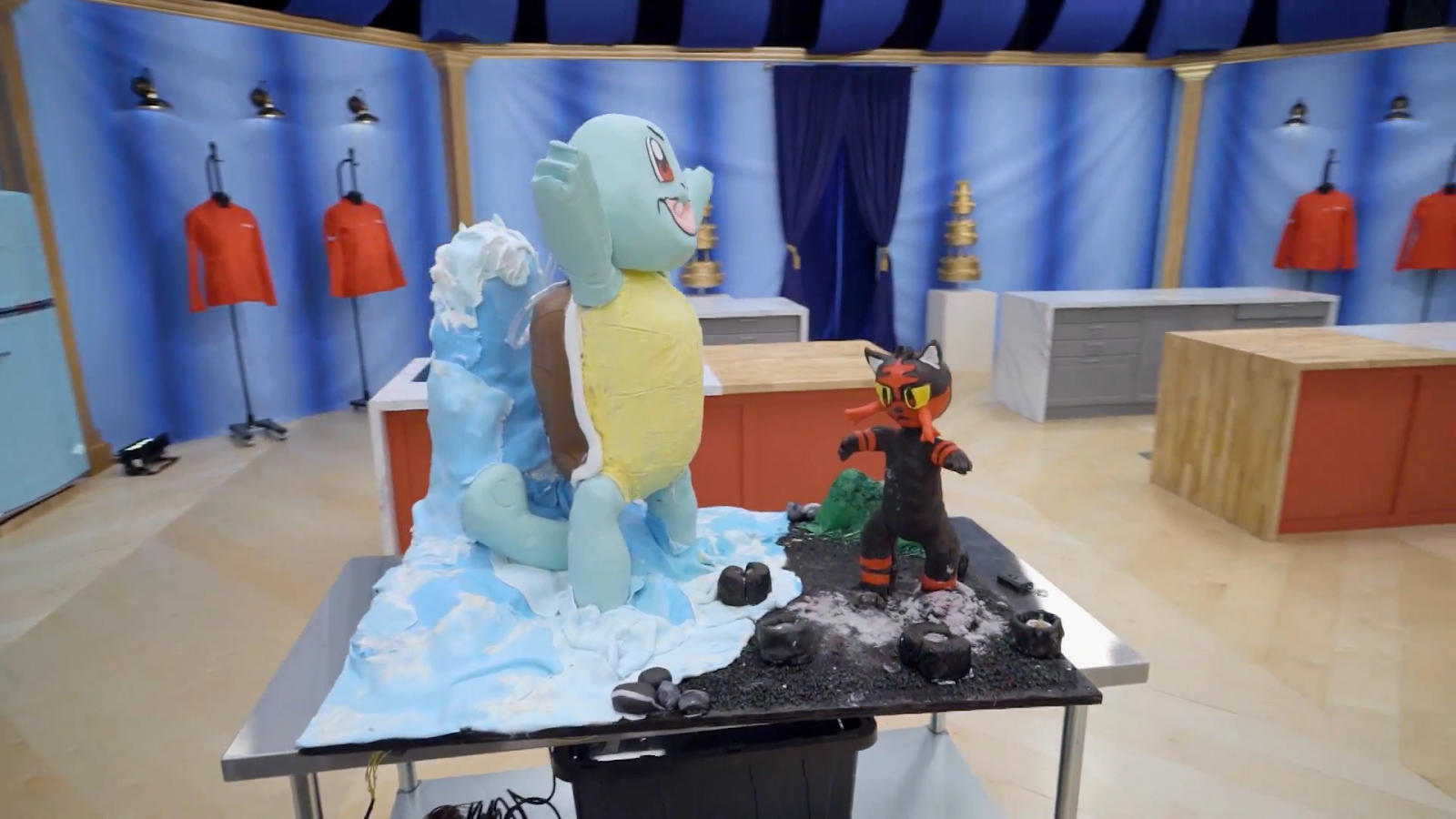 I won’t give away the winner of Food Network Challenge’s Pokémon Cakes episode. I will simply leaf you with this.