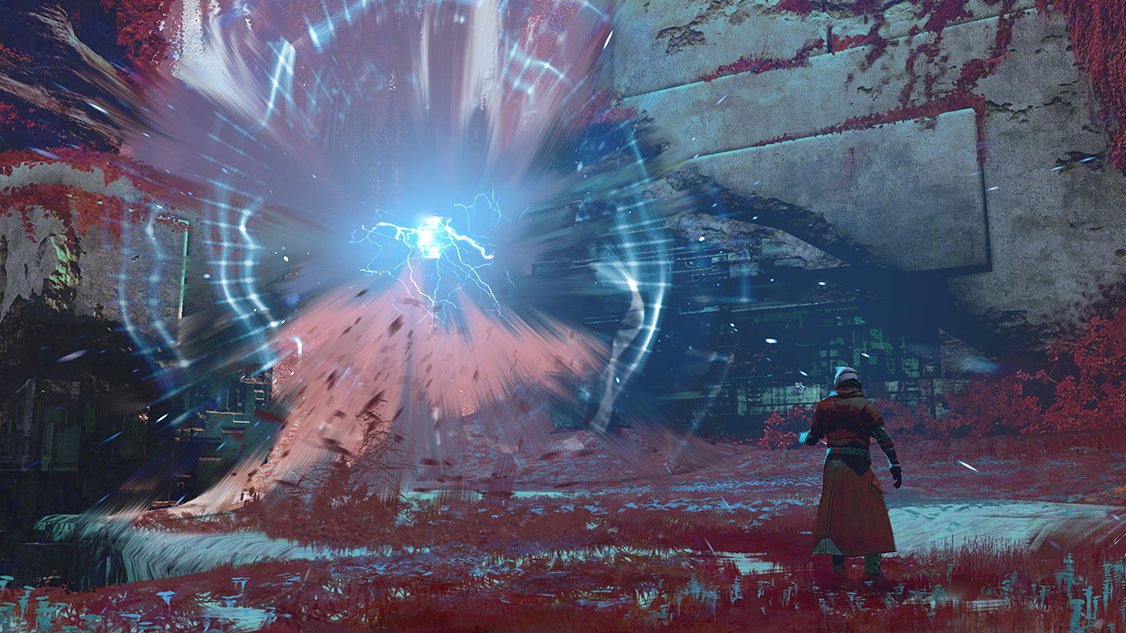 Image: Bungie, Destiny 2
To sign up for our daily newsletter covering the latest news, features and reviews, head HERE. For a running feed of all our stories, follow us on Twitter HERE. Or you can bookmark the Kotaku Australia homepage to visit whenever you need a news fix.

Loading times and lag have been annoying Destiny 2 players, especially on base PS4 and Xbox One consoles, for some time now, but the game’s latest season has truly pushed the envelope on how much time you spend waiting for things to happen.

Today, I booted up Destiny 2 from the home screen of my base PS4 menu. Twenty-five seconds later, I’d made it to the title screen where it prompts the player to press X to continue. Another minute and 50 seconds passed. Then I was on the character select screen. Fifteen more seconds passed and I was finally in outer space.

You can’t get started on anything in Destiny 2 without first going to the Tower. Another 10 seconds passed as I loaded up the map and selected the drop point. Now it was time for my ship to head into orbit. One minute passed. Then another. And another. A whopping four minutes and change later from when I set off, I finally materialised on the Tower’s landing pad. Six minutes and 35 seconds after starting the game, I could finally pick up my first chore from one of Destiny 2’s bounty vendors.

These long waits happen often enough that I now plan out other stuff to do while they happen. Destiny 2 is a game about multitasking between dozens of objectives at once. Now those objectives also include changing my son’s dirty diaper, making lunch, cleaning dishes, fixing myself a drink, or god forbid cycling through Twitter, Instagram, Facebook, and TikTok on my phone. The hardest part of this new minigame is remembering to check back in at regular intervals and press X to get to the next load time. Sometimes I forget and then suddenly I’ve spent more of the first half hour of my appointment gaming session cleaning the house than playing the game.

I’m hardly alone. Complaints about Destiny 2’s load times, especially how long it takes to get into the Tower, have become commonplace on the game’s subreddit and over on Bungie’s forums. Players on the standard PS4 and Xbox Ones appear hardest hit, though others on PS4 Pros, Xbox One Xs, and even PCs aren’t immune. It’s been a rude awakening for recently returning players, but also those diehards who log on every night, since this season of Destiny 2 content encourages you to return to the Tower often to pick up Timelost bounties and deposit Fractline at the Tower Obelisk. “Two hours to the wall. Two hours back,” Kadi 55-30, Destiny 2’s postmaster, is often overheard saying. Players now joke that he’s talking about the game’s load times.

The long wait to get into the Tower started for many following the game’s January 28 update. Bungie has noted the problem in the “Known Issues” section of its weekly update posts ever since. The late January update changed how matchmaking for Crucible worked, keeping players in space until both teams had fully loaded into the match. It also apparently changed how loading into the Tower worked, now loading players in batches rather than one-by-one as they arrive. You can tell because every time you finally arrive, there are at least half a dozen other players whose transmat effects can be heard going off behind you. According to a comment on the subreddit by one of Bungie’s community managers, a proposed fix might not go into effect until the start of the game’s next season, on March 10. But the long wait to get into the Tower is just one issue. Two minutes still feels like an eternity to get to the character select screen, especially when the game’s menu systems are also really laggy. On my base PS4, it often takes a few seconds to load up my character screen or for the dozens of quest steps and bounties on my objective list to fully populate. And since Destiny 2’s new battle passes have made grinding through bounties the basis of each new season, it’s not unusual to be flipping through these menus dozens of times in an hour.

One workaround players have found to help speed things up is changing the date on their console’s internal clock, which stops you from entering into instances with other players. But it only works on PS4. Plus, you then have to play the game alone, which runs counter to everything Destiny 2 is supposed to be about. Players on PC don’t tend to encounter much UI lag either. Maybe it’s finally time for me to switch over.

There has been one place I’ve been able to play Destiny 2 with almost no lag: Google Stadia. If only there were other people there to play it with.