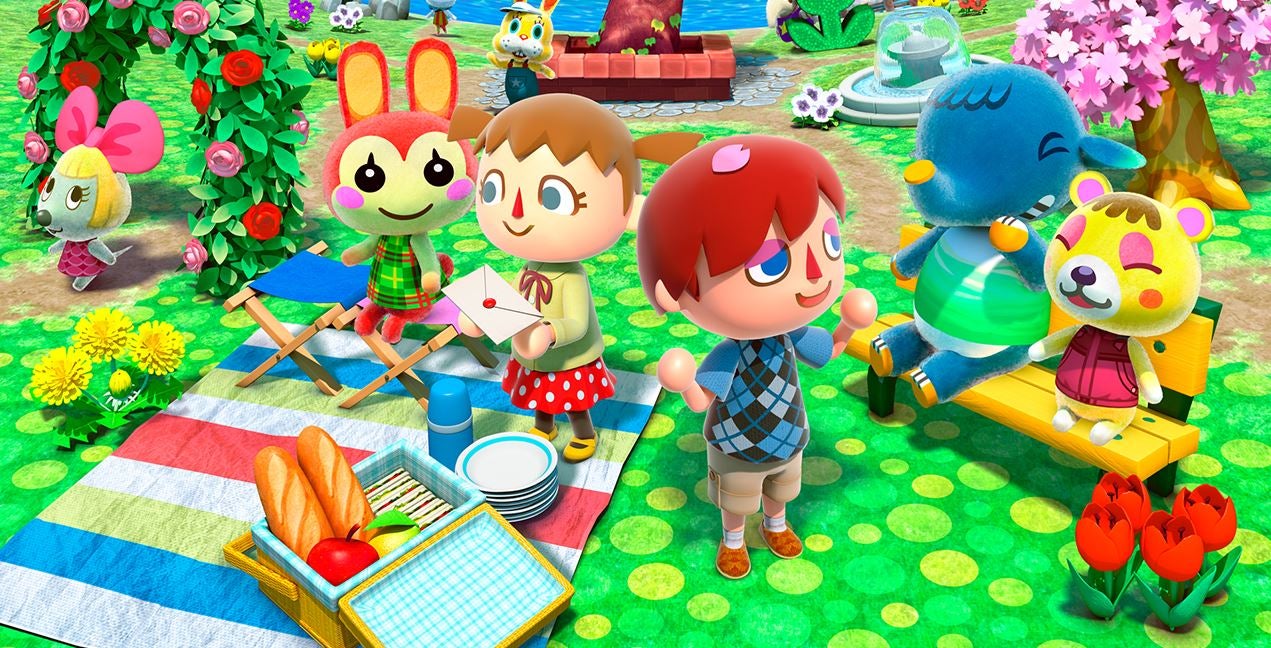 There’s a reason why I don’t return to Animal Crossing games long after I stop playing them. But stupidly, I decided to break that rule last week. I have some regrets.

When Animal Crossing: New Leaf released on the Nintendo 3DS in 2013, I sank hundreds of hours into building up my virtual town, Tennant. It was sometime in early 2015 when I moved on from my lovely New Leaf life, leaving some of my favourite animal villagers behind.

In Animal Crossing, the life simulation game goes on whether you’re there or not. The hours and calendar days pass in real-time. The seasons change. The villagers mosey on about their business. The weeds grow. The cockroaches take residence in your home. Whenever I make the decision to quit playing an Animal Crossing game, I never want to return for fear of triggering an animal’s decision to leave town due to my neglect. If you’ve played an Animal Crossing game before, you’ll know this is a real concern.

As the days inched closer to Animal Crossing: New Horizons’ release on Switch next month, I was morbidly curious to see Tennant again. I wanted to peek in on my painstakingly built town one last time before delving into a new Animal Crossing experience. I didn’t remember all my residents besides a couple of animals as well as my favourite hipster horse, Colton. I also did not remember what the place actually looked like. Five years is a long time when you’ve been filling your head with so much else. Or maybe it’s that I just didn’t care enough about who was occupying Tennant when I left.

My animal friends, however, had not forgotten about me. 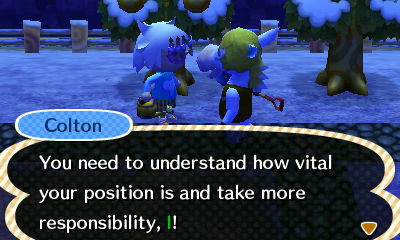 When I walked into town, Colton was happily stalking the area between our houses, as he had always done. In New Leaf, your character plays the role of town mayor. Colton let me have it when I spoke to him, lecturing me on the importance of what it meant to be an elected leader, only softening the blow by exclaiming his happiness at seeing me.

Every other villager in Tennant reacted a bit differently. Each laying on the guilt with emotional surgical preciseness—cutting me deep.

The animal’s remarks were far from the only shocking revelations I discovered upon revisiting Tennant. 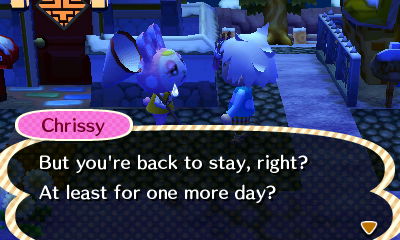 Animal Crossing is a deeply personal game. You set your own goals and benchmarks to measure success. Whether it’s through ignoring Tom Nook’s home loan, expanding your surroundings to your whimsy, or cultivating a space that’s filled with your favourite animal friends. It is a slice of life, and, depending on how you play it, a slice of heaven. When I returned five years later, I had apparently, and unintentionally, curated my slice of heaven to look like a slice of hell.

In New Leaf, players could invest bells (Animal Crossing’s currency) into building public works projects—staged set pieces, such as a picnic scene or a bench, that could be built around the town. I had forgotten I placed a zen garden outside the town hall. It seemed like a good idea at the time. I appreciated the thought behind it, but looking at it in 2020…it seemed out of place.

In fact, most of my design decisions around Tennant were terrible. There was no clear direction, it seemed. Public works projects were haphazardly located all over the town. The brick pathways I decided to lay around town, snaking around from house to house, looked ugly. Trees blocked paths and I refused to build around them. At the time, back in 2013 and in the months that followed, I thought I was doing everyone a service. 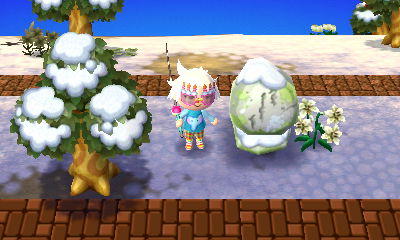 Why did I decide to build this stone monument in the middle of nowhere?

My house, the one I had spent hundreds of thousands of bells expanding, looked no better. I collected a lot of great items—a Triforce, a Master Sword, and more—and despite placing everything in strategic locations my mansion looked cluttered. I had forgotten I created an ice dungeon in the basement. My bedroom had Gracie designer furniture in it, obtained from Animal Crossing’s fashionista NPC. At least that looked ok.

I knew when I revisited Tennant, I would have to go through the motions of listening to the animals lament about my disappearance. I didn’t expect I would be so horrified by the conditions I left them in. To be fair, I shoveled a lot of time and money into Tennant’s growth outside of the public works projects too. It’s not like I left them in an under-developed town.

In terms of preserving culture, I spent much of my time ensuring the town’s museum was filled with nearly every species of insect and fish. The dinosaur fossil collection was complete—a product of my enthusiastic digging and donating. I took every opportunity to have the museum’s curator, Blathers, identify the ancient remains so they might be displayed for all to see. The train station was beautiful. Every shop was open for business and upgraded to the maximum renovated level. It was all due to my hard work and hard-earned coin.

Yet, I wasn’t pleased with what my past self had done. The entire experience was very depressing, and for no real reason, other than that terrible feeling of being an outsider looking in. I loved Tennant and my virtual life as I lived it. I have lots of great memories of my time playing New Leaf for almost two years. But honestly, taking a peek into my past life did not make me happy. It only made me cringe, then laugh, at how hilariously awful some of my decisions had been. 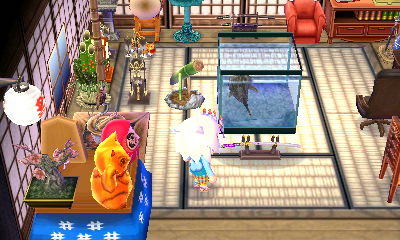 What was I thinking?! Probably not much beyond the amount of fun I was having at that moment in time. Reflecting on it now, having seen my hideous town in 2020, I can’t help but be amused. As it turns out, I was a misguided mayor who lacked a cohesive plan despite my good intentions.

I’m looking forward to Animal Crossing: New Horizons. Personally, I’m ready to jump into the life simulator for a much-needed mental break from the stresses of real life. Casting a fishing line into the ocean? Yes, please. Pole-vaulting across the river like a daredevil? Looks fun! The ability to decorate outdoors looks charming, but I’m a little worried. I mean, sure, I can try to not make a mess of things this time around, but hindsight is 20/20, as they say.

Sometimes, it’s best to just leave the good memories in the past. After I’m done playing for good, here’s hoping I don’t repeat my mistake of trying to see what I did with my island home a few years from now. Because no matter what past Animal Crossing entry you’re trying to experience, it’s always better to start fresh.