Half-Life: Alyx Will Eventually Be Playable Without VR, Thanks To Mods

valvevalve indexvr
Image: Half-Life Alyx
To sign up for our daily newsletter covering the latest news, features and reviews, head HERE. For a running feed of all our stories, follow us on Twitter HERE. Or you can bookmark the Kotaku Australia homepage to visit whenever you need a news fix.

Valve won’t do it themselves, but the company believes eventually some clever modder will make the game accessible for everyone.

Robin Walker, the Melbourne modder behind the original Team Fortress for Quake who ended up becoming a legendary designer at Valve, has told Polygon that they believe it’s only a matter of time before Half-Life: Alyx becomes playable outside of VR.

“I know it’s going to happen,” Walker said, explaining he wasn’t too concerned because of how different the experience would be. “I think people will then hopefully have an even greater understanding of why we decided to build the product in VR than they do now.”

“It will clearly demonstrate to people why we did this in VR … It will be a very crisp way of seeing all the stuff we got for the move into VR,” the Team Fortress creator added.

For one, Half-Life: Alyx won’t be as physically exhausting in VR. You don’t get that experience by simply sitting down, and that’s part of the fun. The game is designed around the interactions you can only do in VR, and that some of its basic game mechanics are more fun because of that added physical element. And there’s certainly something to a game that has you so immersed that you end up hallucinating. 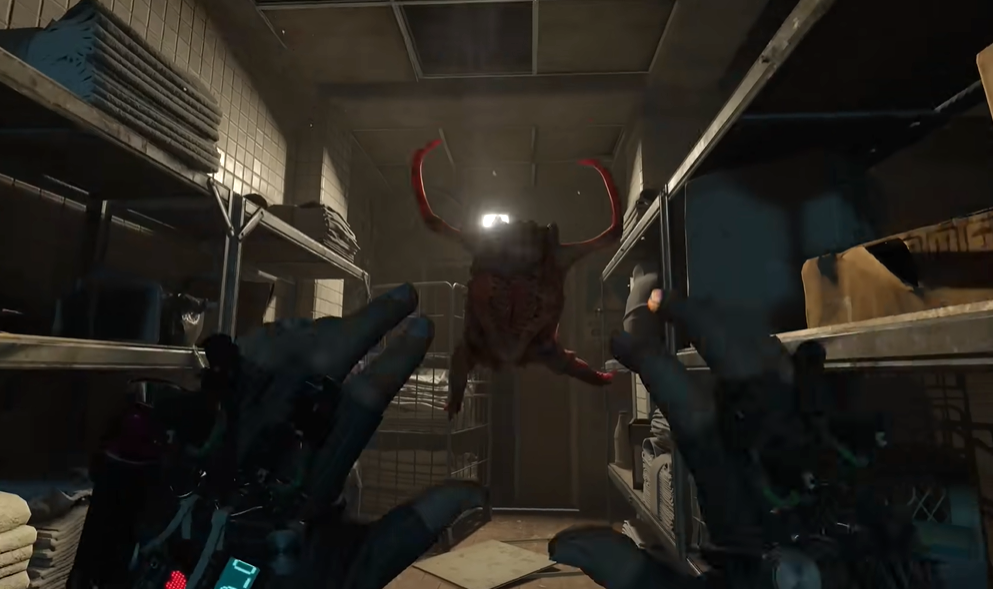 Playing Nothing But Half-Life: Alyx In VR Made Me Hallucinate

Late Saturday night, I removed my Valve Index VR headset. I’d done it. I had finished Half-Life: Alyx. As I blinked, a faint outline clouded my vision; I quickly realised it was the headset’s blue wireframe barrier, which flashes when you move too close to a wall. “That’s weird,” I said.

But making it playable on normal screens would certainly be a boon for accessibility – a good chunk of the population still suffers from motion sickness with current headsets, for instance. Still, it’ll be an interesting opportunity to contrast and compare when someone eventually gets it working. I wonder what the control scheme would be – would a mouse control the movement of both hands? Do you use a button to switch from one hand to another so you can mirror the same level of rotation you’d normally get in VR? It’s an interesting problem.

Mere minutes into Half-Life: Alyx, I encountered a Strider. These behemoths cast ominous shadows on all who dare pass beneath them, their spindly legs and jagged haunches forming a silhouette of sheer threat. I gazed up at the Strider in awe. I could practically feel the wind buffet my face as it lumbered past the balcony I stood on. Then I raised both my hands high and flipped it off.