One of my favourite Onion articles of all time is titled “Health Experts Recommend Standing Up At Desk, Leaving Office, Never Coming Back.” It was published five years ago, back when I still worked at an office job I hated where I frequently daydreamed of doing exactly as the Onion health experts advised. But where would I go and what would I do? Playing Sludge Life at PAX East felt like exploring the answers to those questions.

A joint venture between developer Terri Vellman and musical artist Doseone, Sludge Life bears a colourful, cel-shaded resemblance to the duo’s previous game, a comedic first-person shooter called High Hell. It trades the guns for spray bottles you can use to leave your personal mark on a city whose communal life is circling the drain. 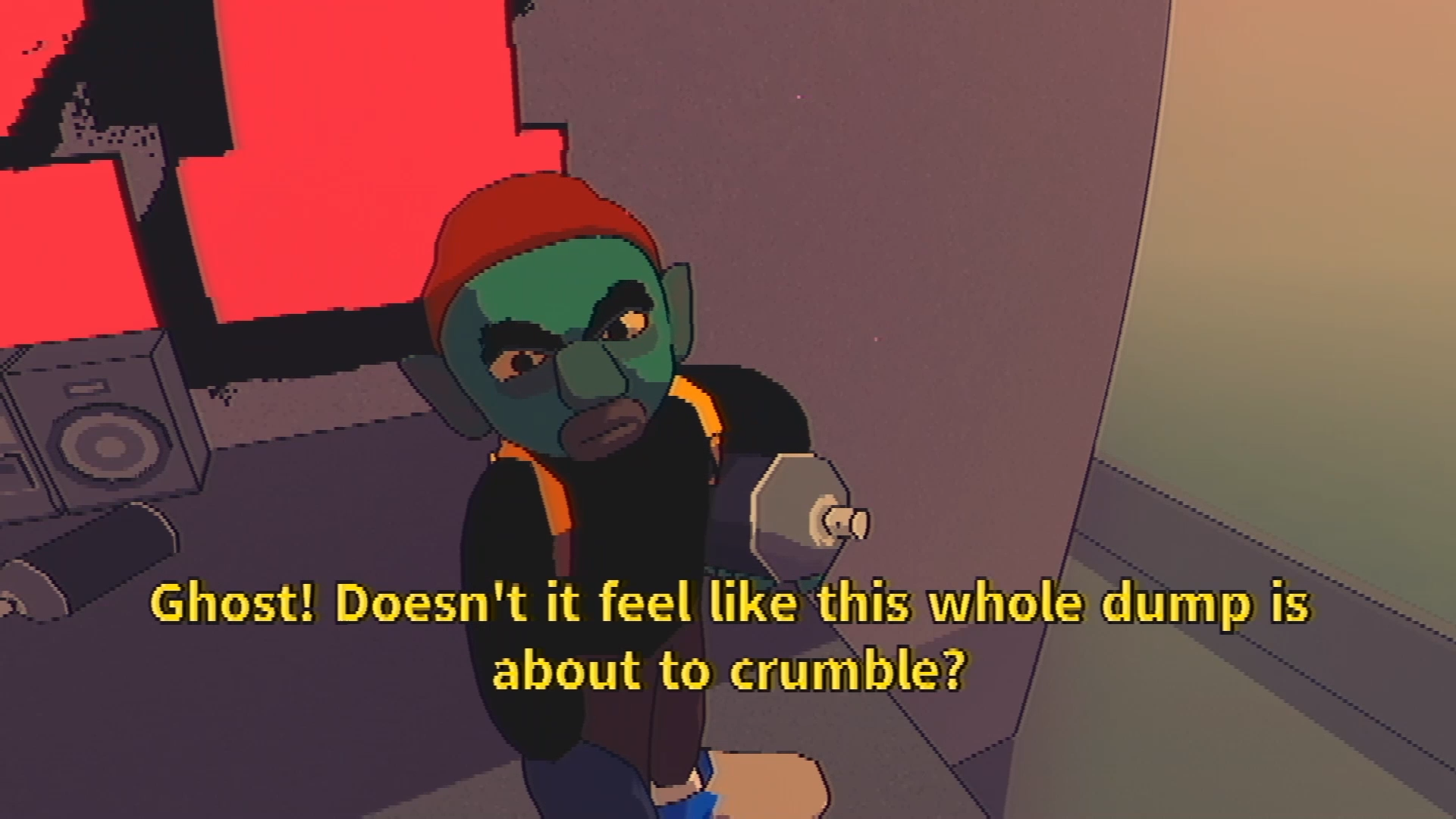 You play as a kid called Ghost on a polluted island controlled by the Glug corporation, a commercial conglomerate that supplies all the jobs and manufactures all the goods. One of their brand mascots, Ciggy, lies dead in the central plaza after getting hit by some falling debris from a nearby building and Glug workers have gone on strike because the company refuses to clean up the body. It’s the perfect time to run around the island and spectate a society collapsing before your eyes. Instead of having to worry about levelling up, finding special items, or saving people, you’re free to do whatever you want while wandering its 3D world. 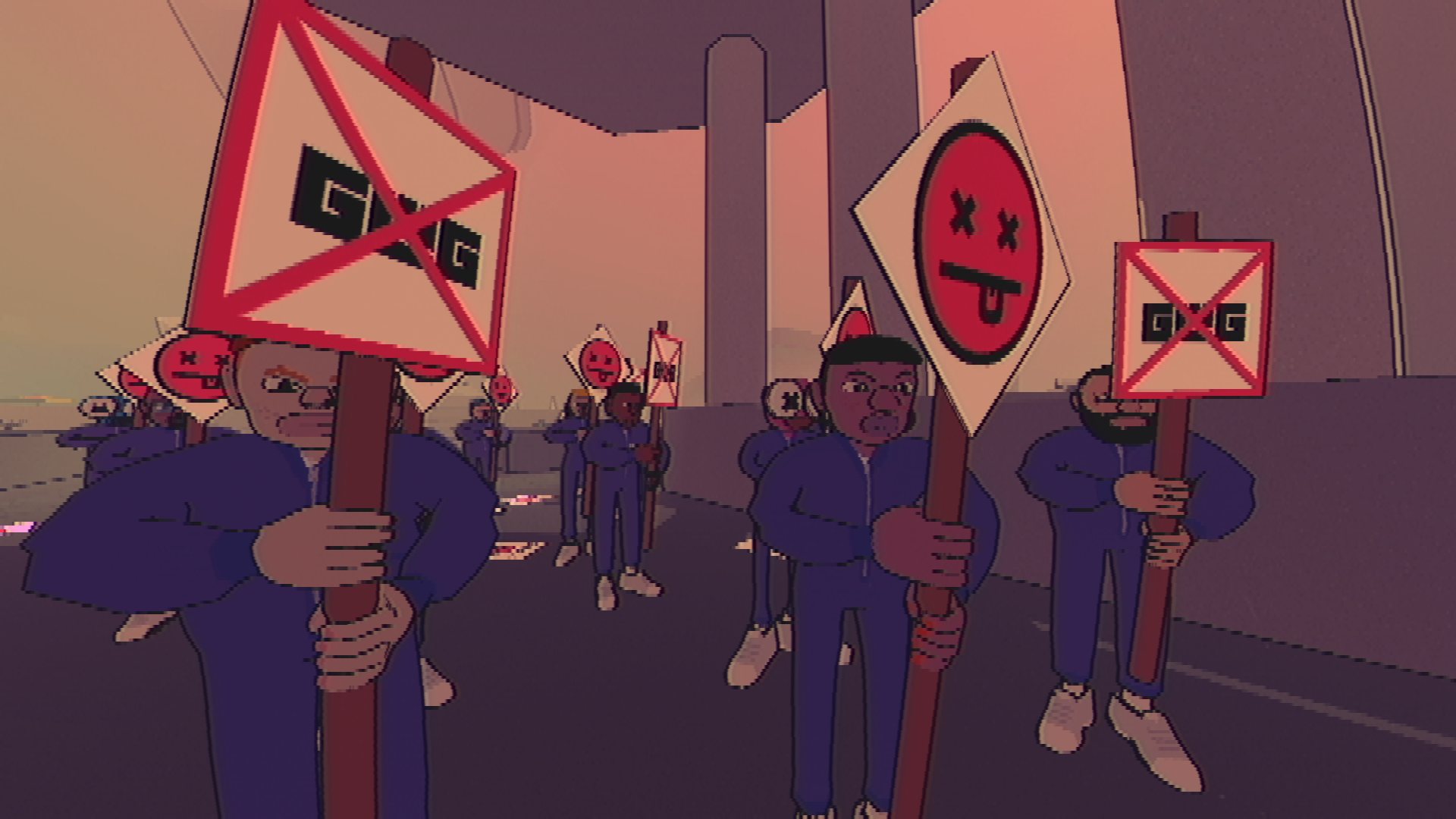 While Sludge Life has loosely-defined goals—you can compete with a rival graffiti gang to become a master artist or try to steal the Glug CEO’s helicopter to escape—the island’s conflicts are more about providing a backdrop for free-form exploration than obstacles to be resolved.

Finding a spraycan near a crumbling wall lets you tag it with a satisfying shake, fizzing, and pop. You don’t have any control over what art appears, but leaving behind each mark makes tagging up the city feel like a fun scavenger hunt. Whereas some people think of graffiti as just thoughtless vandalism that can be laid down anywhere, the game’s designers told me they wanted players to understand it as a very precise art, with each tag’s location and the way it appears from various vantage points precisely calibrated.

Your tiny stature makes it easy to crawl under blocked entrances or slink across narrow ledges to get into places you’re not supposed to be, discovering secrets Glug doesn’t want you to know about or running into strangers with funny jokes to tell or angry insults to hurl. At times it reminded me of running around a village in a modern Legend of Zelda game, occasionally stumbling across small puzzles or treasures, but mostly just content to take in the neon-coloured sights and people watch. There’s no saving the island or the people on it, just the chance to have as much fun as possible while it all goes to shit.

Sludge Life is supposed to come to Switch and PC via the Epic Games Store “sometime soon.”