Yesterday I wrote about my favourite new Spawn action figure. Shortly after that post went live, McFarlane Toys launched a Kickstarter for a remastered version of the original Spawn action figure from 1995, with double the articulation and a remastered version of the pack-in comic book. In comparison, the figure I wrote about yesterday is garbage now.

Created by the newly-founded McFarlane Toys in 1995, three years after the debut of the hit comic book, the original Spawn action figure launched a new age of highly-detailed, adult-aimed collectible toys. It was amazing to walk into a KB Toys 25 years ago and see McFarlane’s edgy, hellish creations hanging on the pegs alongside cartoony kid fare.

The new version is basically that same thing, only with 25 years of action figure design and development applied. It’s a bit taller than the original at seven inches. Instead of a plastic shell, it comes in a fancy slipcase. The cape is complex and foldable, with sharp angles and shading, which McFarlane Toys has gotten much better at over the decades. Todd McFarlane himself is doing a new cover for the pack-in comic. You can tell it’s a new version of the original because it lacks the random massive right boot of modern Spawn toys.

The Kickstarter for this gorgeous new Al Simmons doll went live yesterday, asking for $ 157,778. It’s nearing $2,065,340 today, so people are definitely still keen on Spawn action figures. A $64 pledge secures the basic figure, with pricier tiers featuring a three-pack of figures with additional heads and an option for a McFarlane autograph.

So much Spawn. (Graphic: McFarlane Toys) 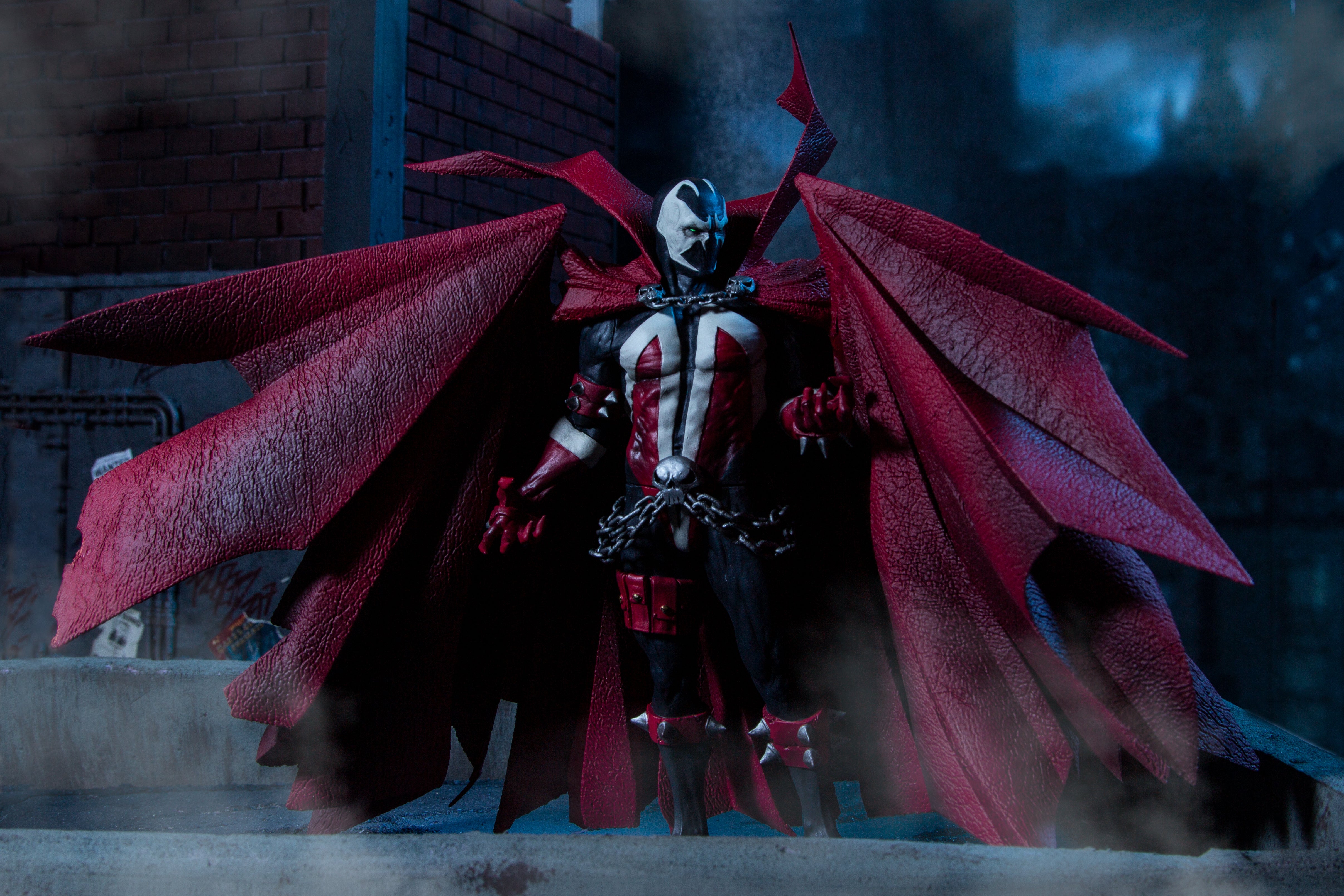