To be fair, I’ve not gotten a chance to play with the other two $40 figures in McFarlane’s Mortal Kombat line, Johnny Cage and Raiden, but I have faith in the company behind Spawn’s ability to make a damn fine Spawn action figure. They’ve been doing it for ages now. I’m just tickled that a toy of Spawn from the makers of Spawn is showing up in a non-Spawn toy line. 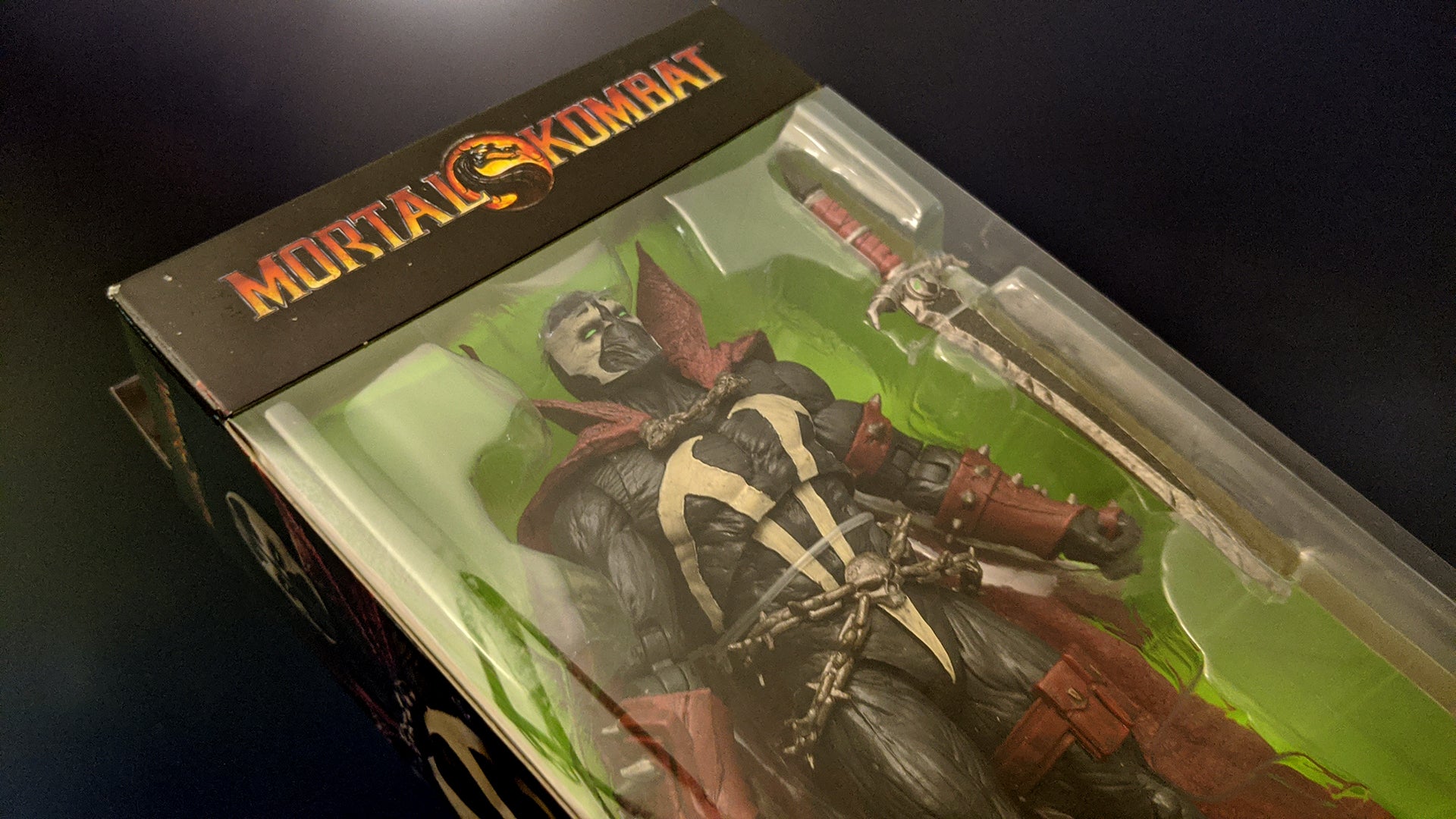 I’ve been collecting Spawn figures since 1994, when the figures weren’t as complex and every now and then one would be painted gold to piss off collectors. There’s something about Spawn’s design that’s so appealing to me as a toy collector. He’s black, white, and red all over. He’s got that awesome living cape. One of his boots is ginormous for no reason whatsoever. He’s the ‘90s in action figure form. 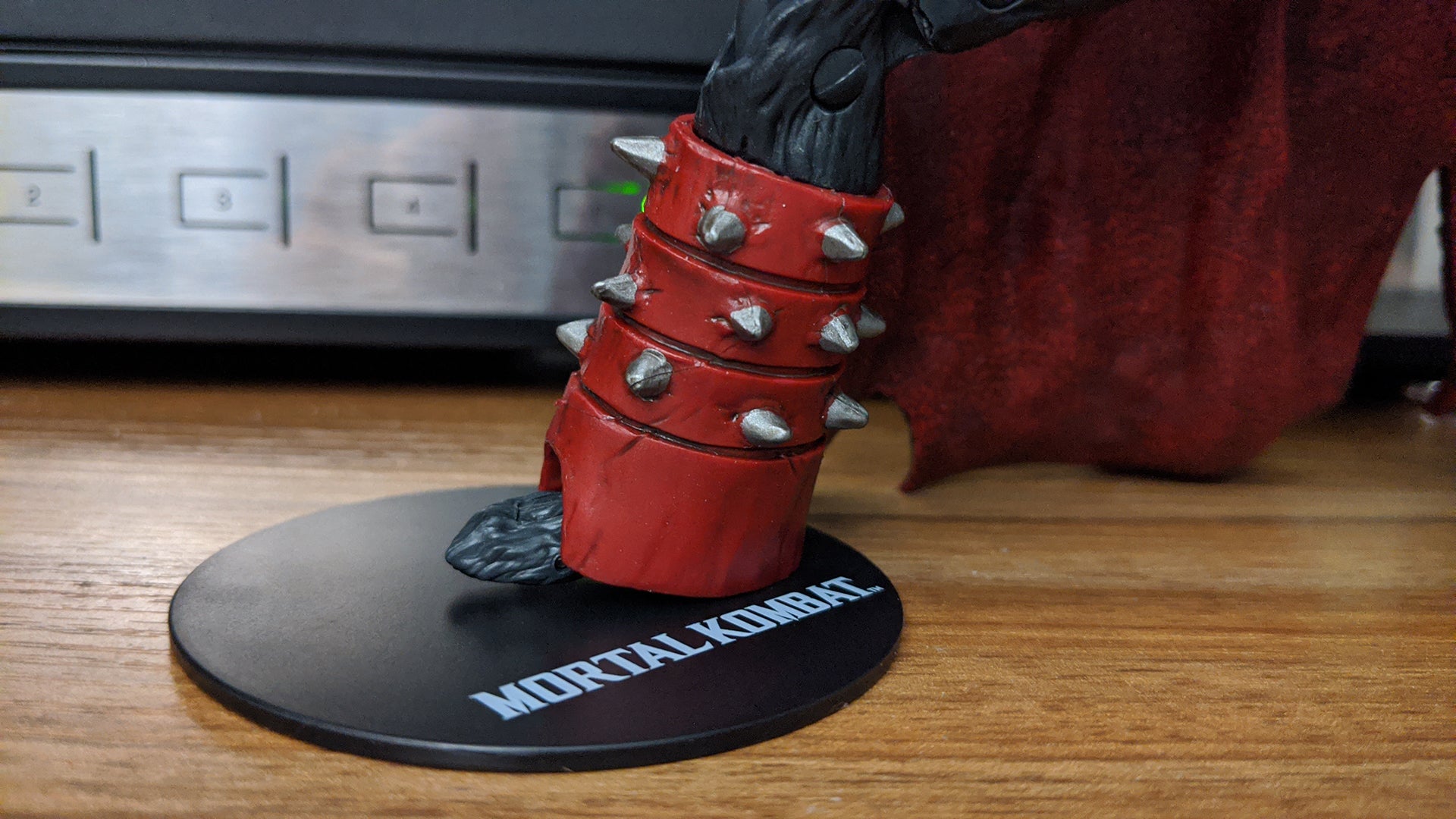 This particular version of Spawn is ready to throw down with Mortal Kombat 11’s roster of murderous brawlers, with 20 points of articulation from plenty of posing potential. With the aid of the simple included stand, he can do so many things. He can dance. 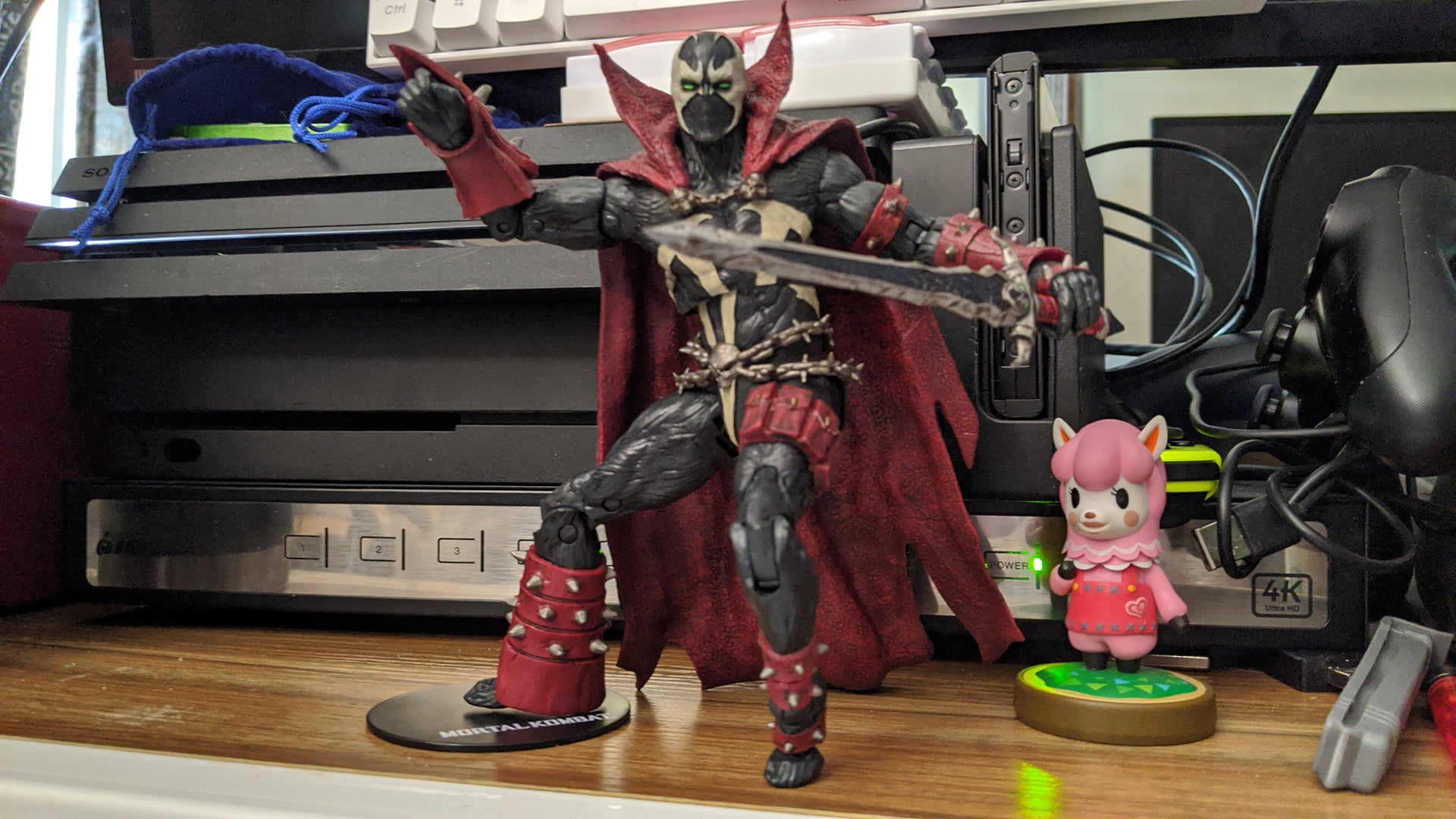 Get down on it. (Photo: Mike Fahey)

He can hug a transforming shark robot. 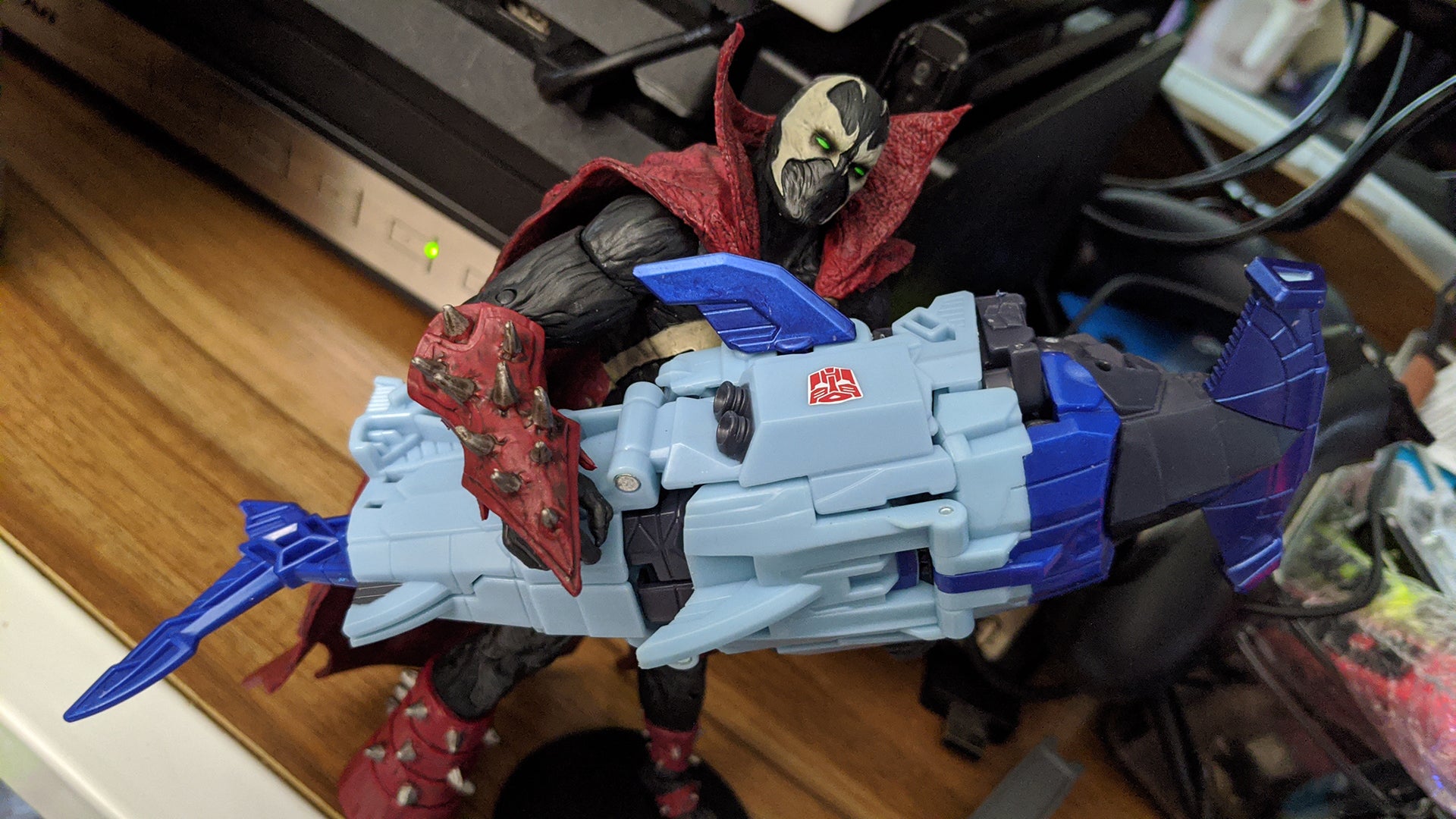 Should that shark robot transform into a robot, Spawn has the ability to kick him right in his stupid robot face. 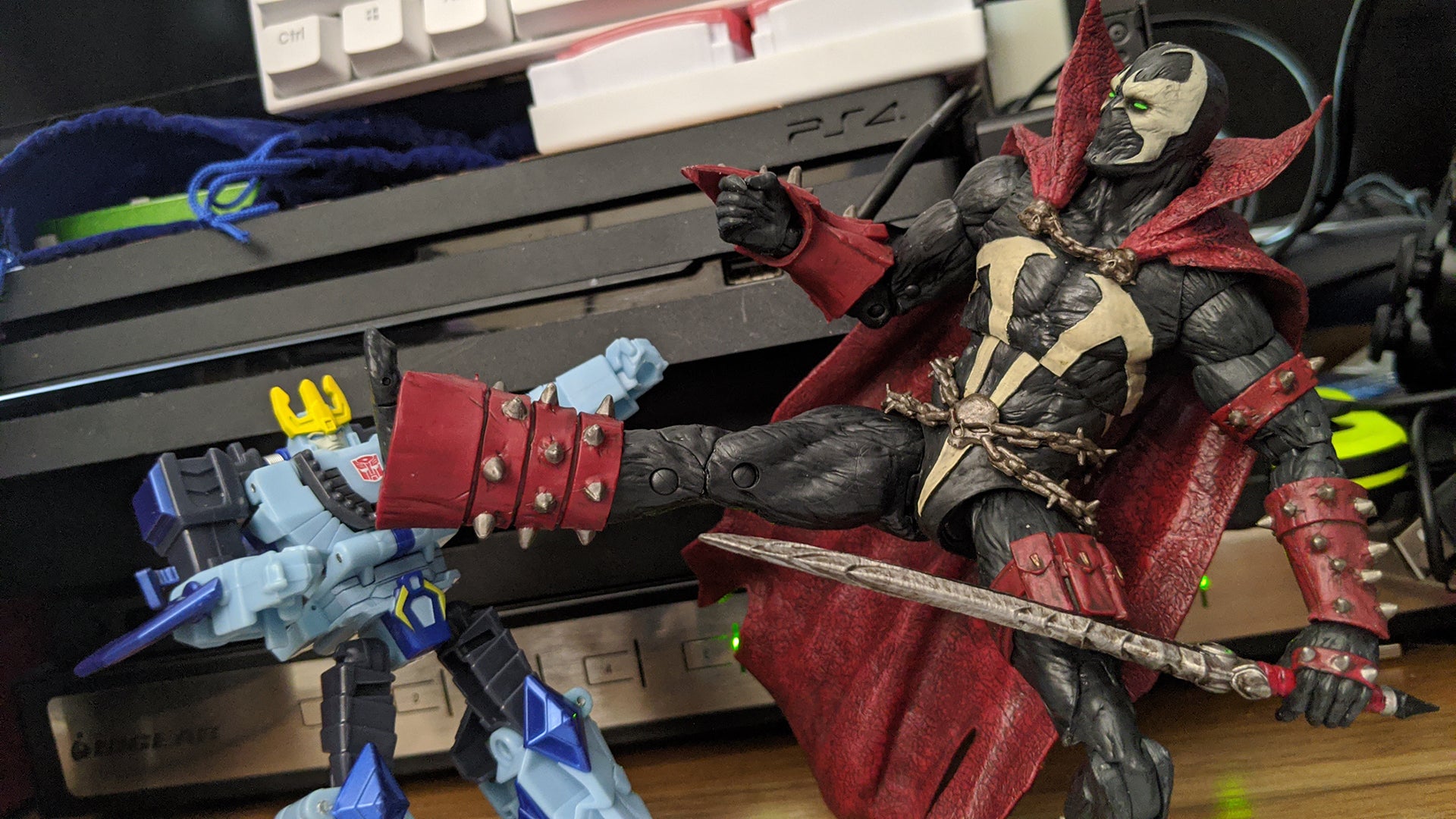 What I’m saying is the Mortal Kombat Spawn figure is very accomodating of the whims of a stir-crazy toy lover. Ice cream truck? 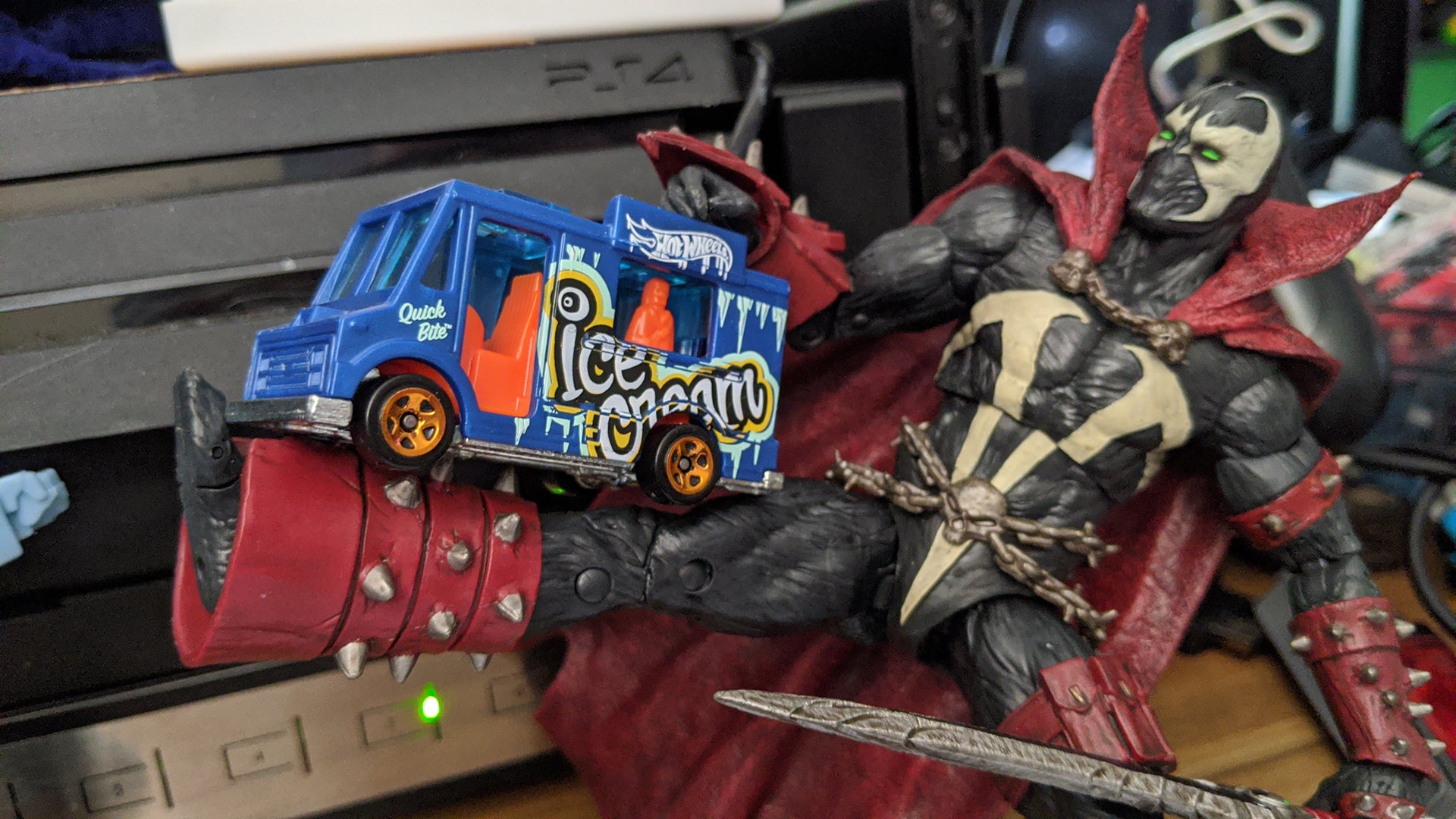 Mortal Kombat tie-in aside, this is a very nice, basic Spawn figure. He’s not Commando Spawn or Nurse Spawn or Telephone Repairman Spawn. He’s just plain Spawn, and a fine one at that. He’s in stores now, looking all ink-washed and grimdark. 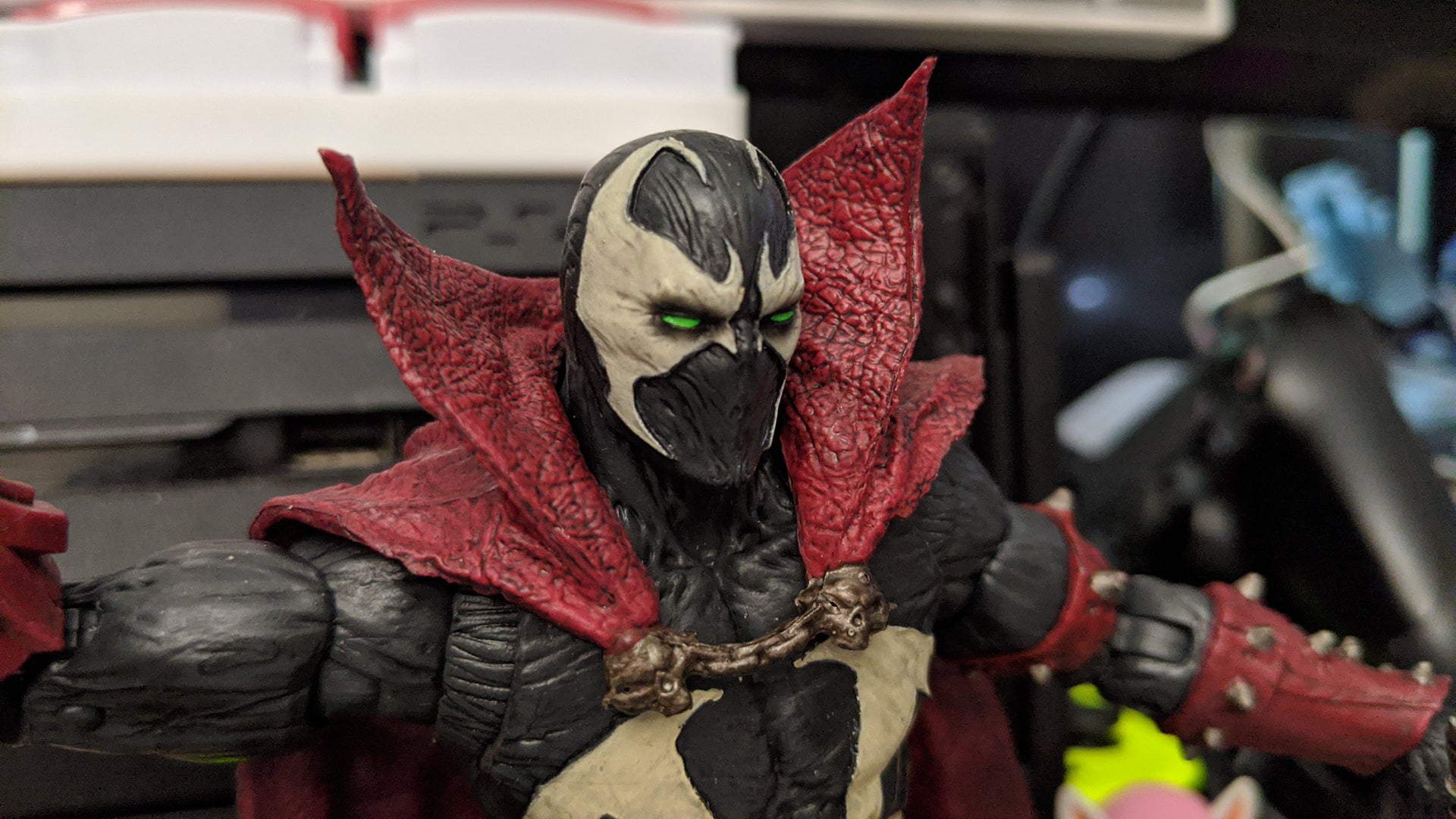 Who could say no to that face? (Photo: Mike Fahey)

Also, he can do this. 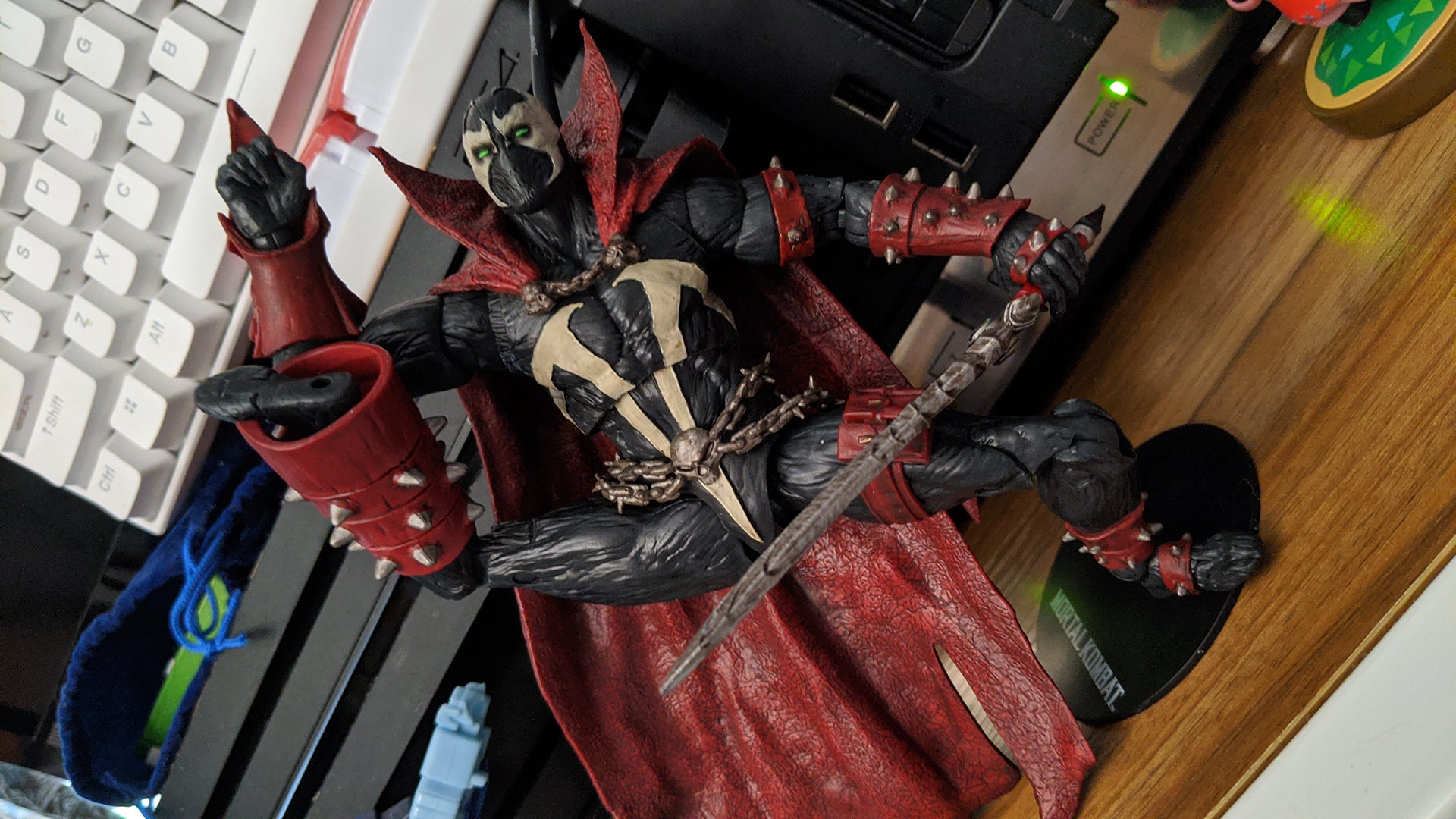