Final Fantasy VII Remake is one of the most luxurious video games I’ve ever played. Nearly 20 hours in, Cloud’s character model still causes me to audibly gasp every time I see him from a new angle. The friggin’ pipes in this game tell a story, with grimy textures that make me feel like I could reach out and touch the future but also the year 1997. But there are also some non-player characters in Midgar who feel, to put it lightly, a little out of place.

If you’ve played at least a couple hours of the game, you probably know which ones I’m talking about. Final Fantasy VII Remake is loaded with incidental, often nameless NPCs who roam Midgar’s slums and back alleys. Some offer you sidequests. Others spout off a line of dialogue or two, to give the world flavour. Visually, they adhere to no particular aesthetic. The one thing they have in common is that they all look like they came from different, preexisting video games.

I do not begrudge them, or the game, for this. Final Fantasy VII Remake is a gargantuan-scale production that I imagine demanded some truly intense labour from those who crafted its world. Making every single character gleam with the same level of detail as Cloud, Aerith, and those pipes simply would not be practical, and the human cost undoubtedly would have been high. It’s not just a fidelity thing, though. It’s hard not to be distracted by these NPCs’ too-contemporary, disarmingly un-anime looks. I look at Cloud’s screw-strewn trash armour and imagine the people who’d inhabit the world that necessitated its construction. These are not those people. So, to give myself some peace of mind, I’ve decided to bestow them with backstories that explain where they came from before winding up condiments in Shinra’s metal plate surveillance state sandwich. 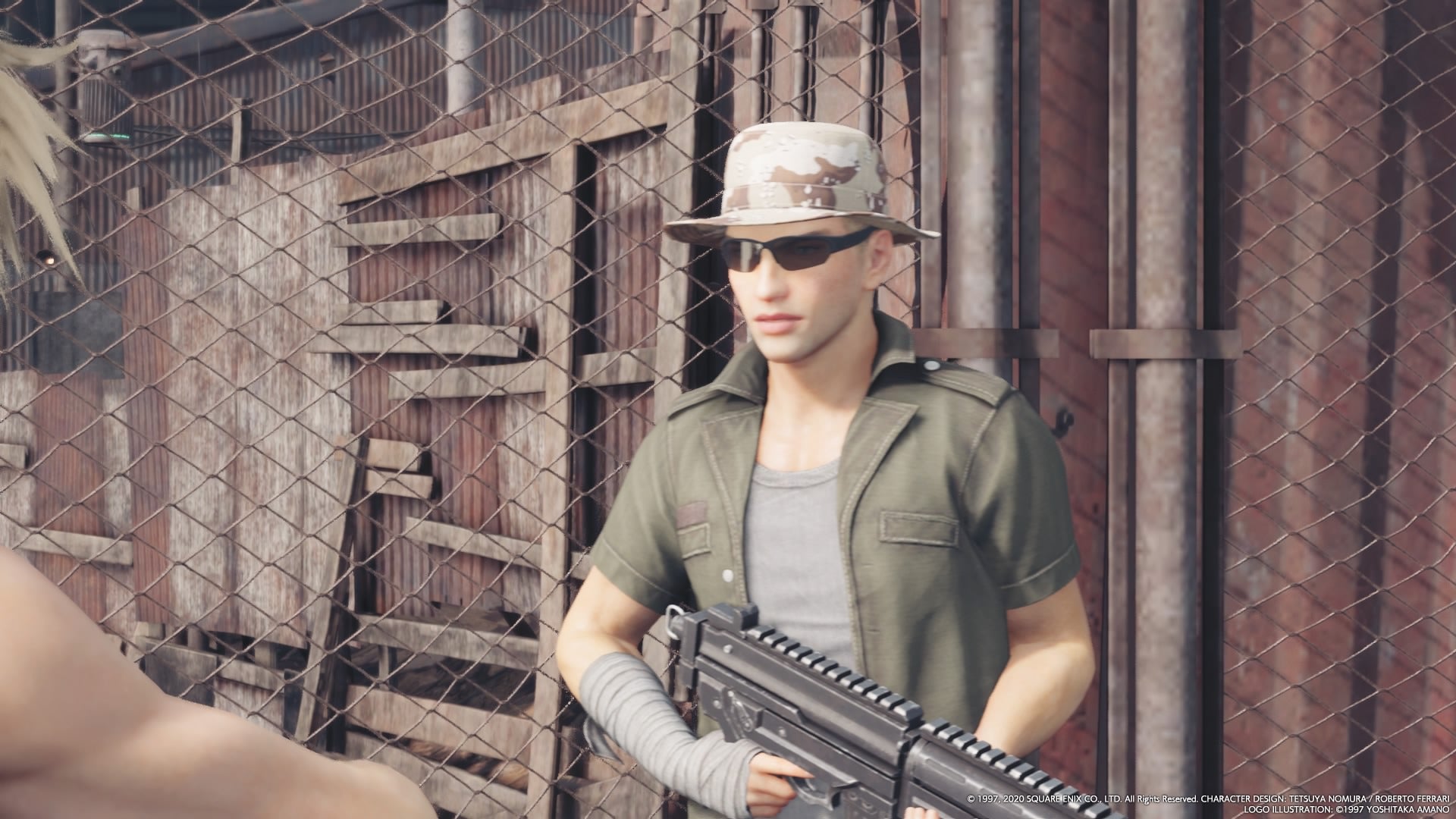 When I encountered this guy during an early Final Fantasy VII Remake side quest, I knew I recognised him, but I couldn’t put my finger on why. Hours later, I realised that I created him in Tony Hawk’s Pro Skater 3 back in 2001. Apparently, in the intervening years, he took on a gig as one or perhaps even several dudes in Ghost Recon Wildlands. That is probably where he got the gun. 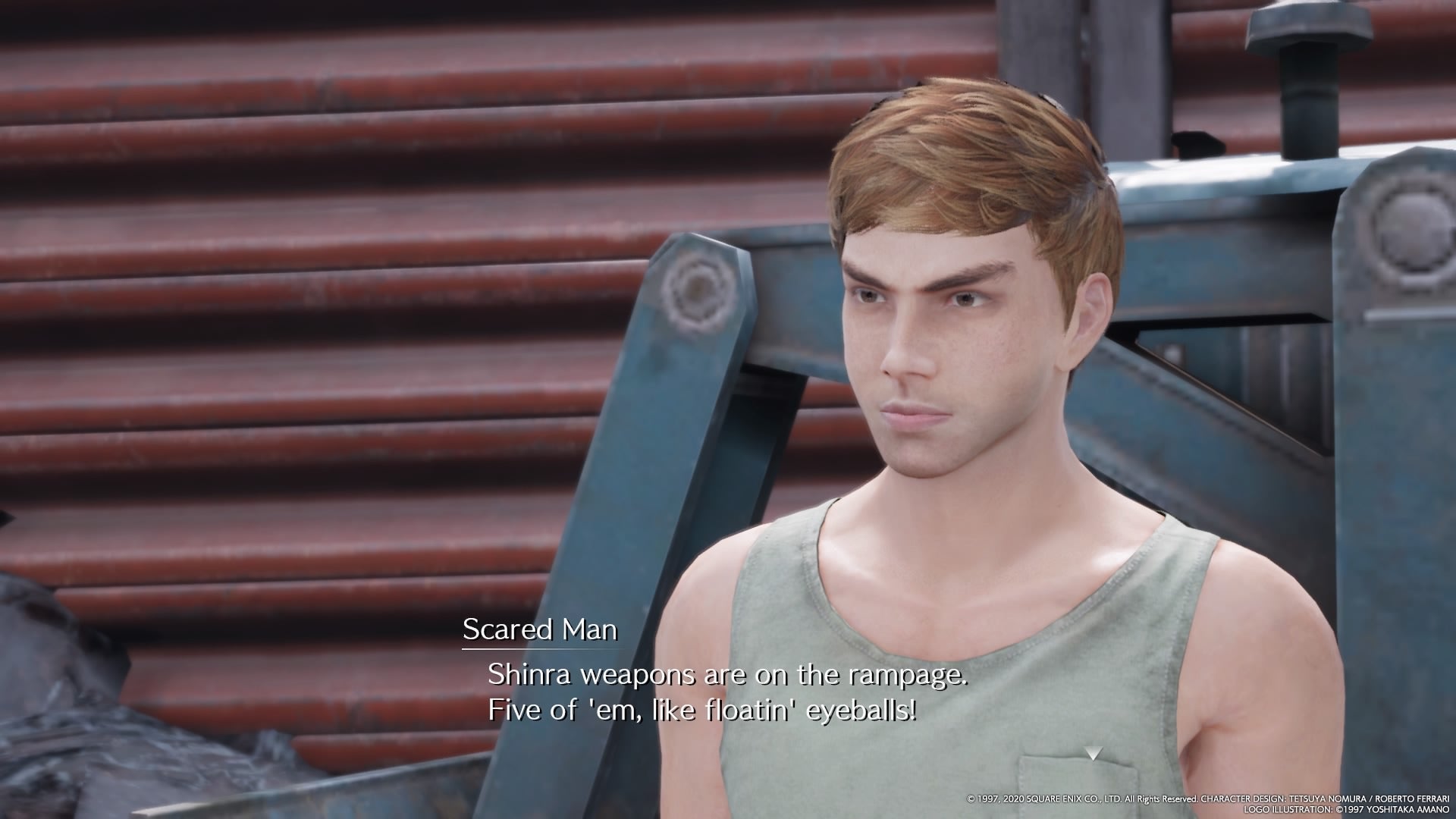 Rude of Final Fantasy VII Remake to not recognise that Scared Man’s name is actually Brian, because come on, obviously. He loves craft beer and frisbee golf, but you probably know him best from his recurring role as that guy who infrequently appears on your Facebook timeline, and every time, you’re like “How do I even know this person?” Then you check, and you’re like “Oh, right.” You go through this cycle once every month or two. You will never speak to him again. 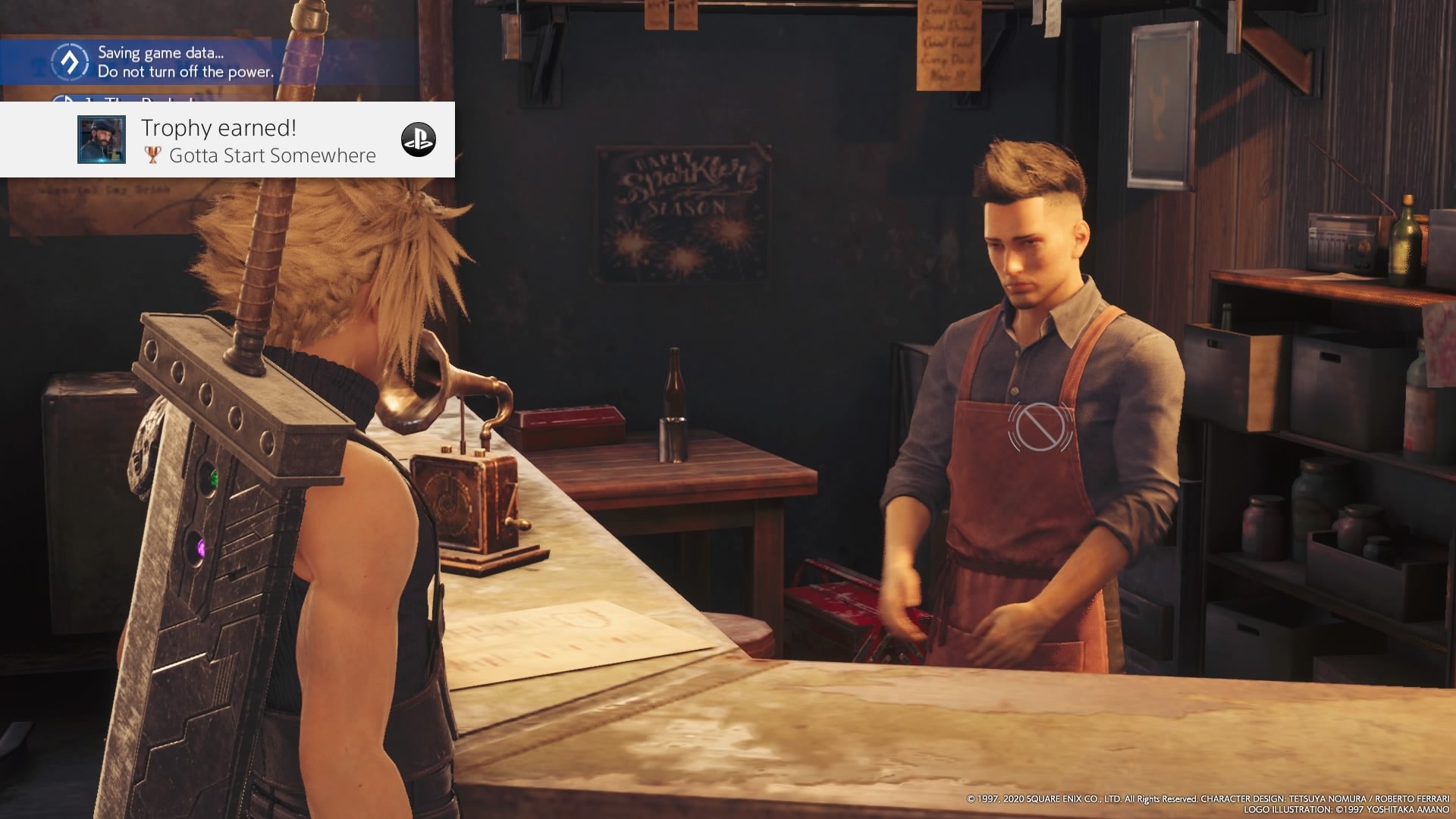 This is pretty clearly noted video game voice actor and ageless being Troy Baker. Strange that he was not credited for this role, given that Square Enix used his full likeness. 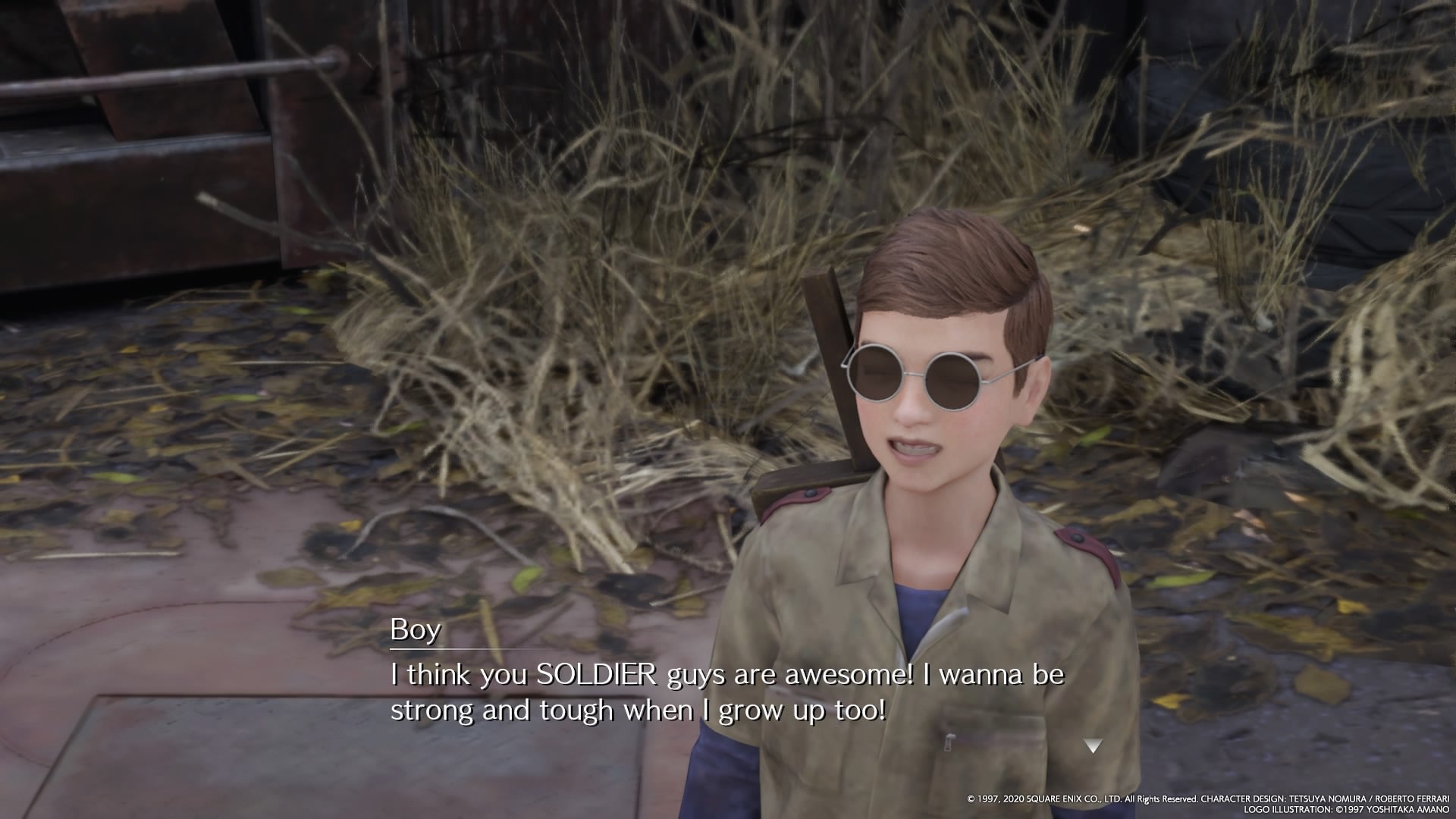 This is pretty obviously Scared Man né Brian as a child wearing a Boy Scout uniform. 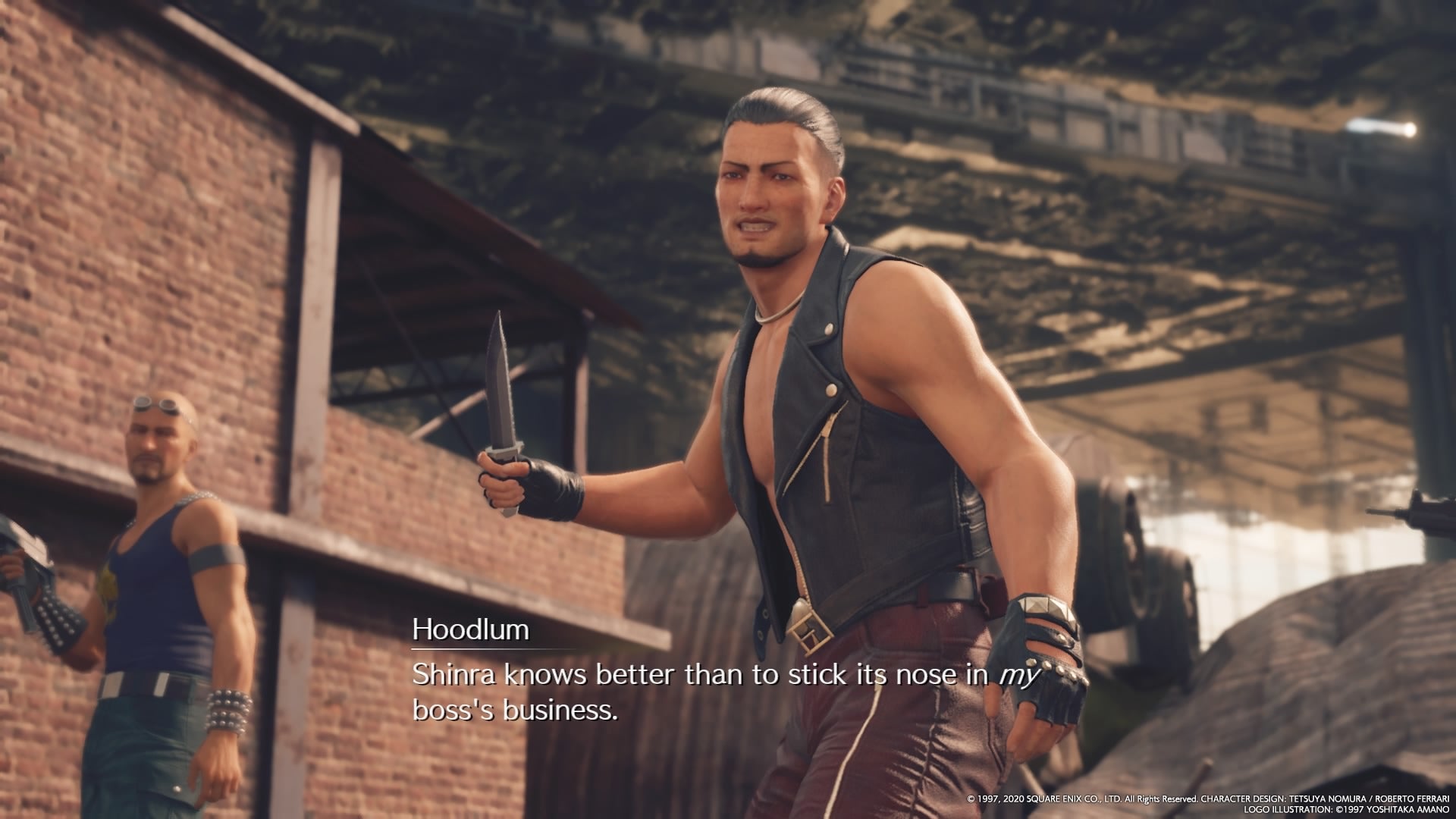 Look, I love the Yakuza games too, dude, but you’re gonna have to show a little more flexibility if you want to get consistent work in other games. 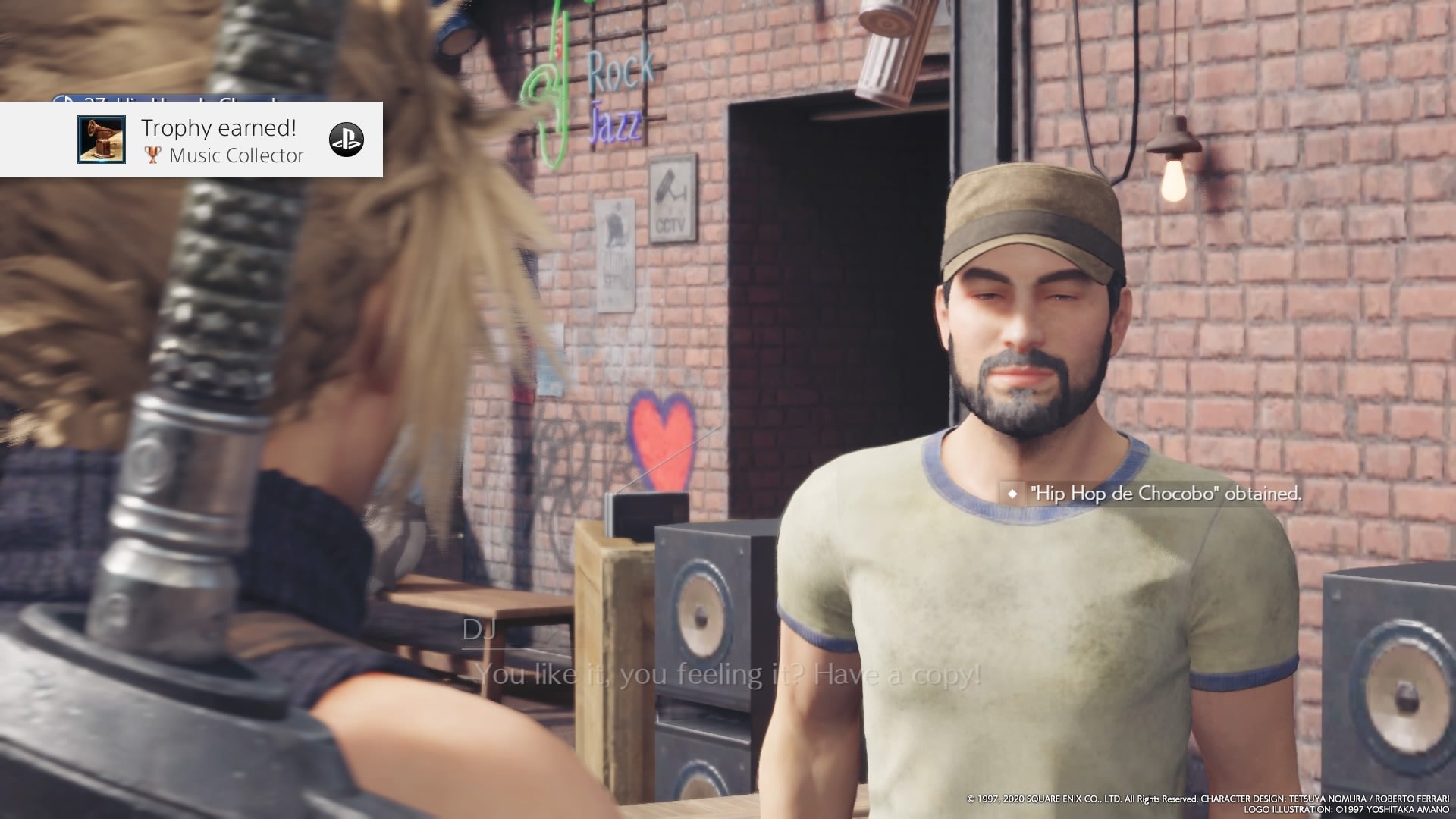 Legend speaks of a man who got sucked into a space-time wormhole while standing at the precise intersection of American Apparel and Urban Outfitters. This is that man. Turns out, the wormhole spat him out in Midgar, where he immediately continued what he was doing before getting torn from the fabric of reality: DJ-ing. 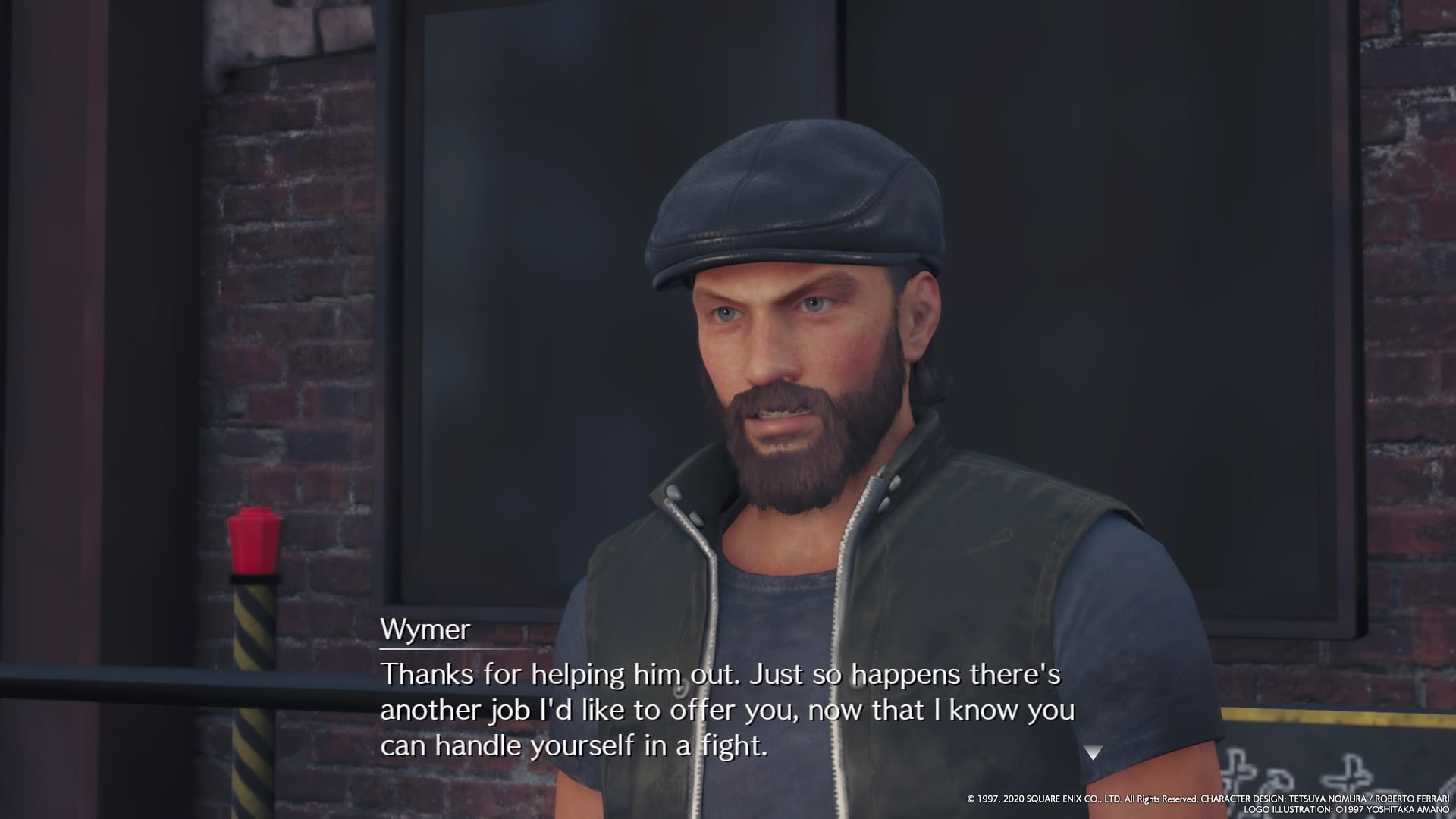 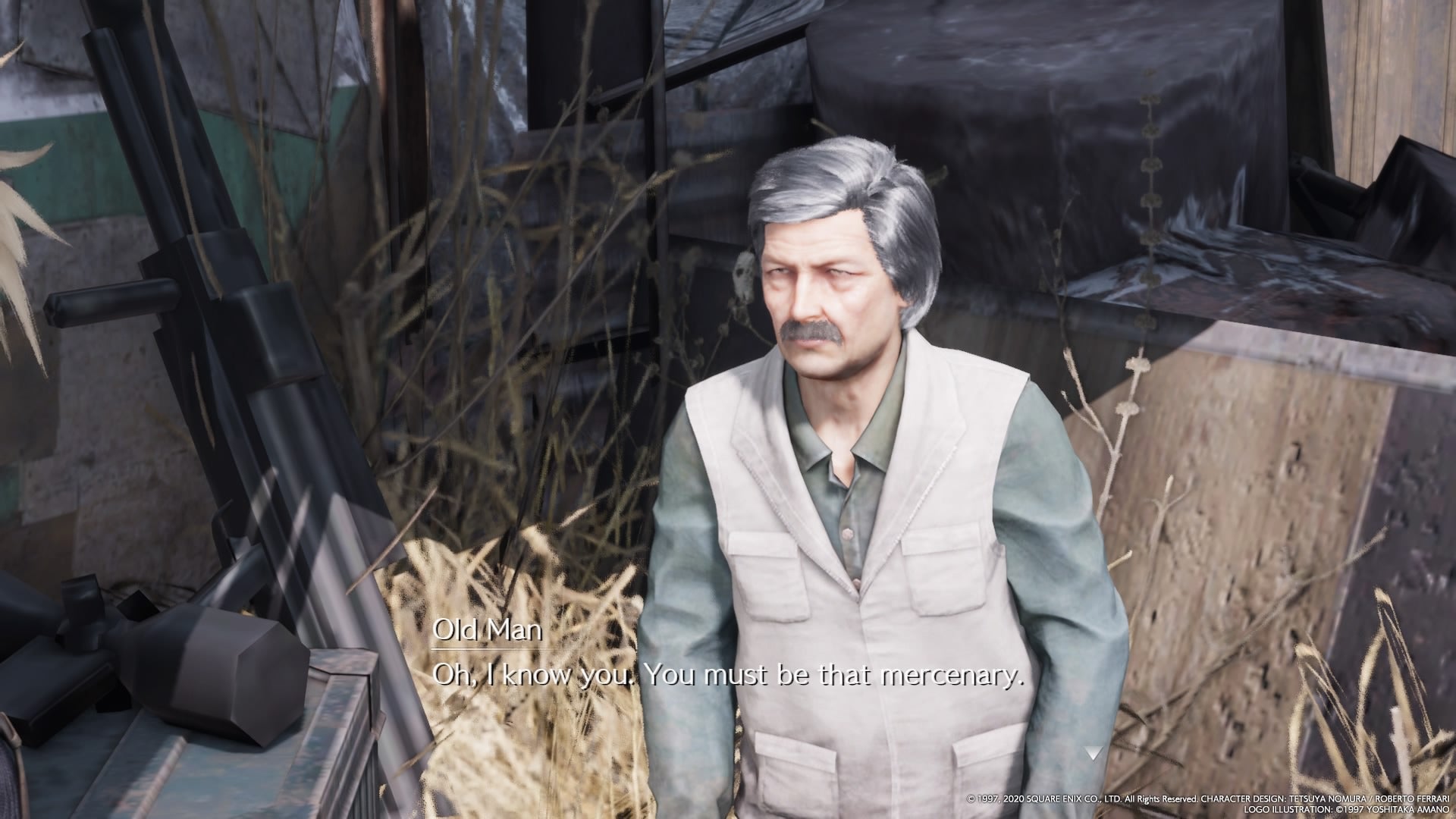 This is your dad! How do you all not recognise your own dad? This must be really embarrassing for you. 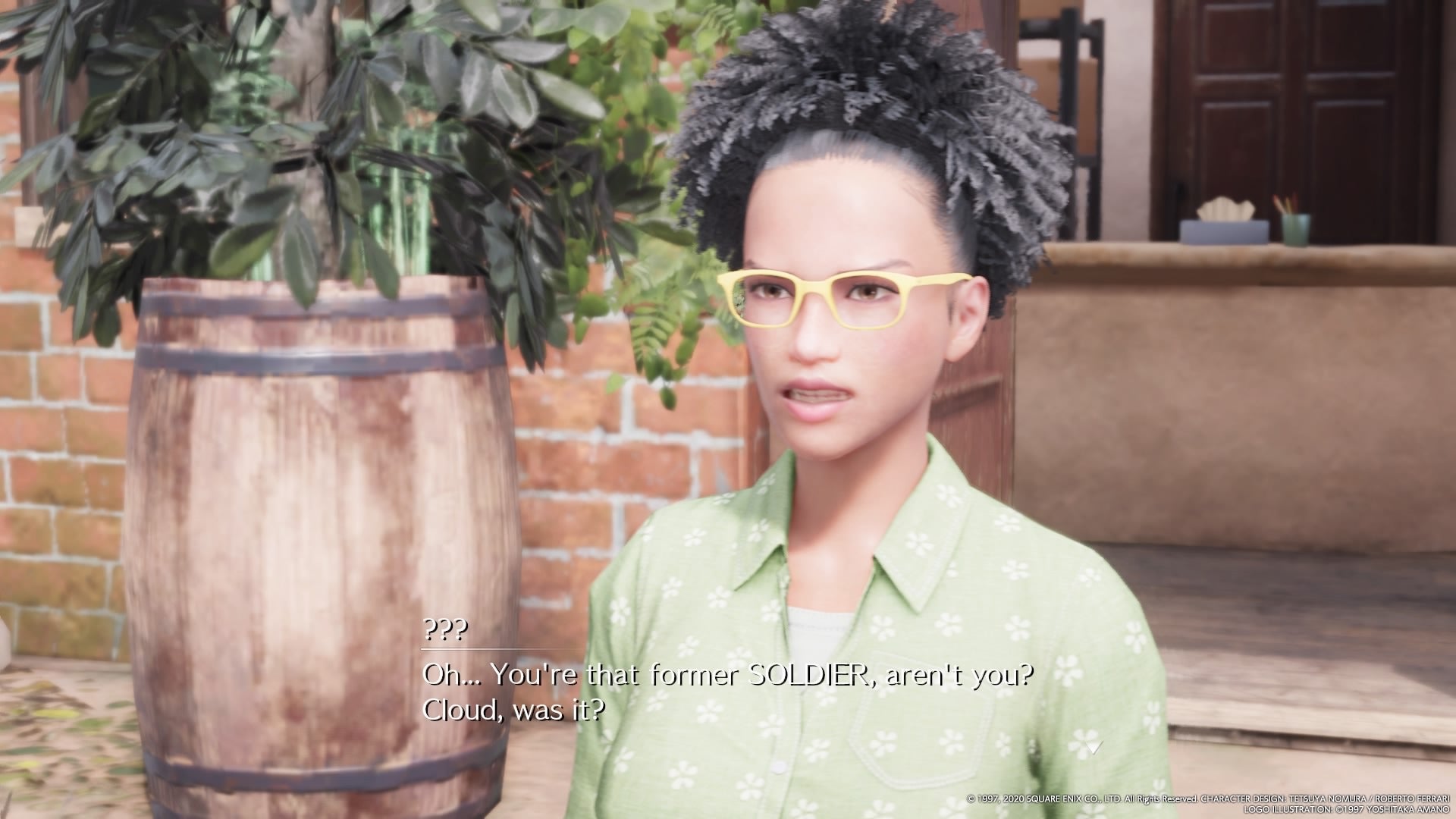 In Final Fantasy VII Remake, this woman is a very talkative teacher. She was also a teacher in Spider-Man (2018), but she didn’t have time to tell you on account of the fact that you, as Spider-Man, nearly thwacked her in the head with a car door intended for a criminal. Nowadays, Mystery Woman spends her working hours enriching Midgar’s youth with knowledge and her nights hating Spider-Man. 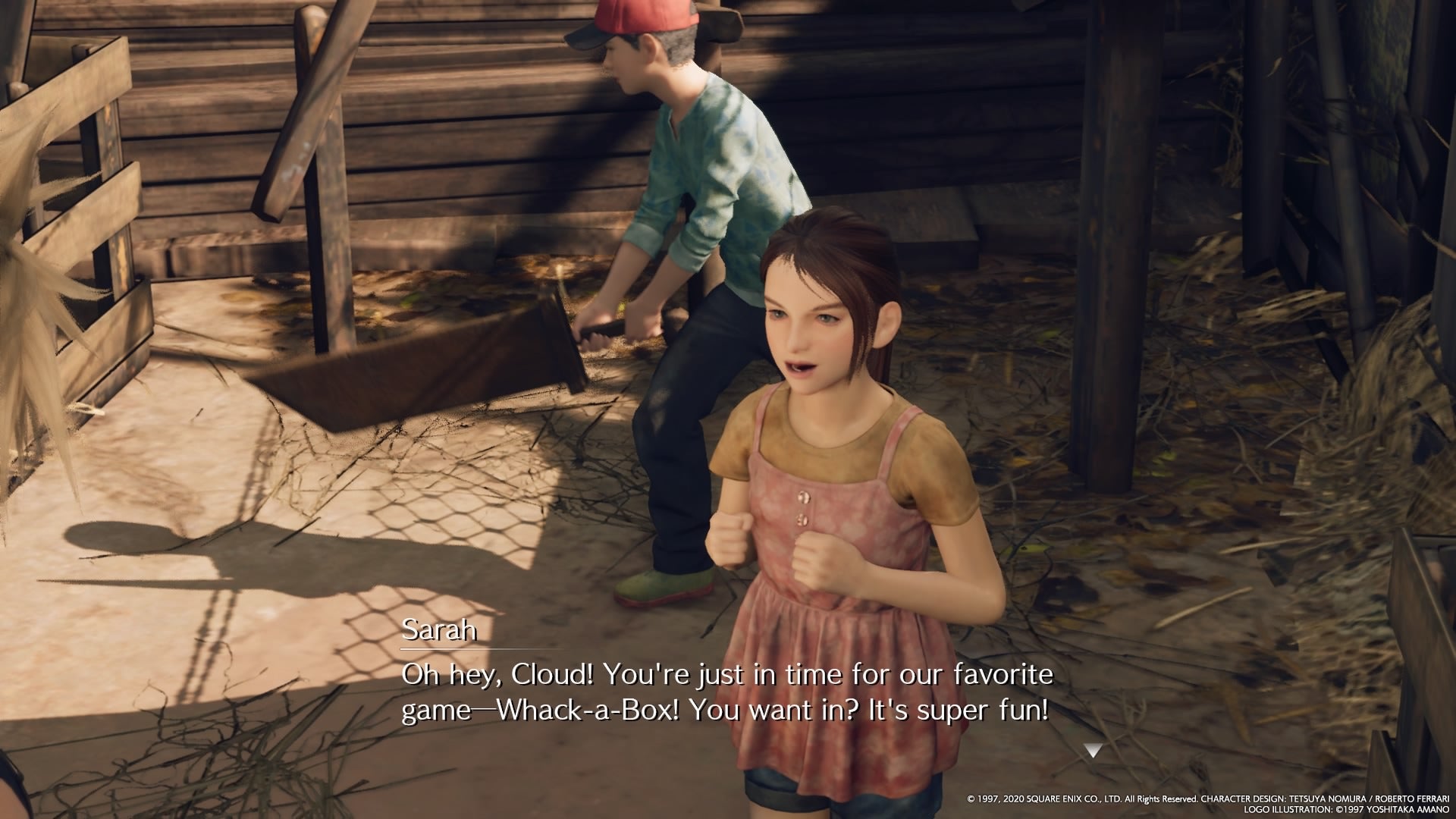 She might actually just be a Final Fantasy VII character. Maybe? Her outfit is most of the way there. 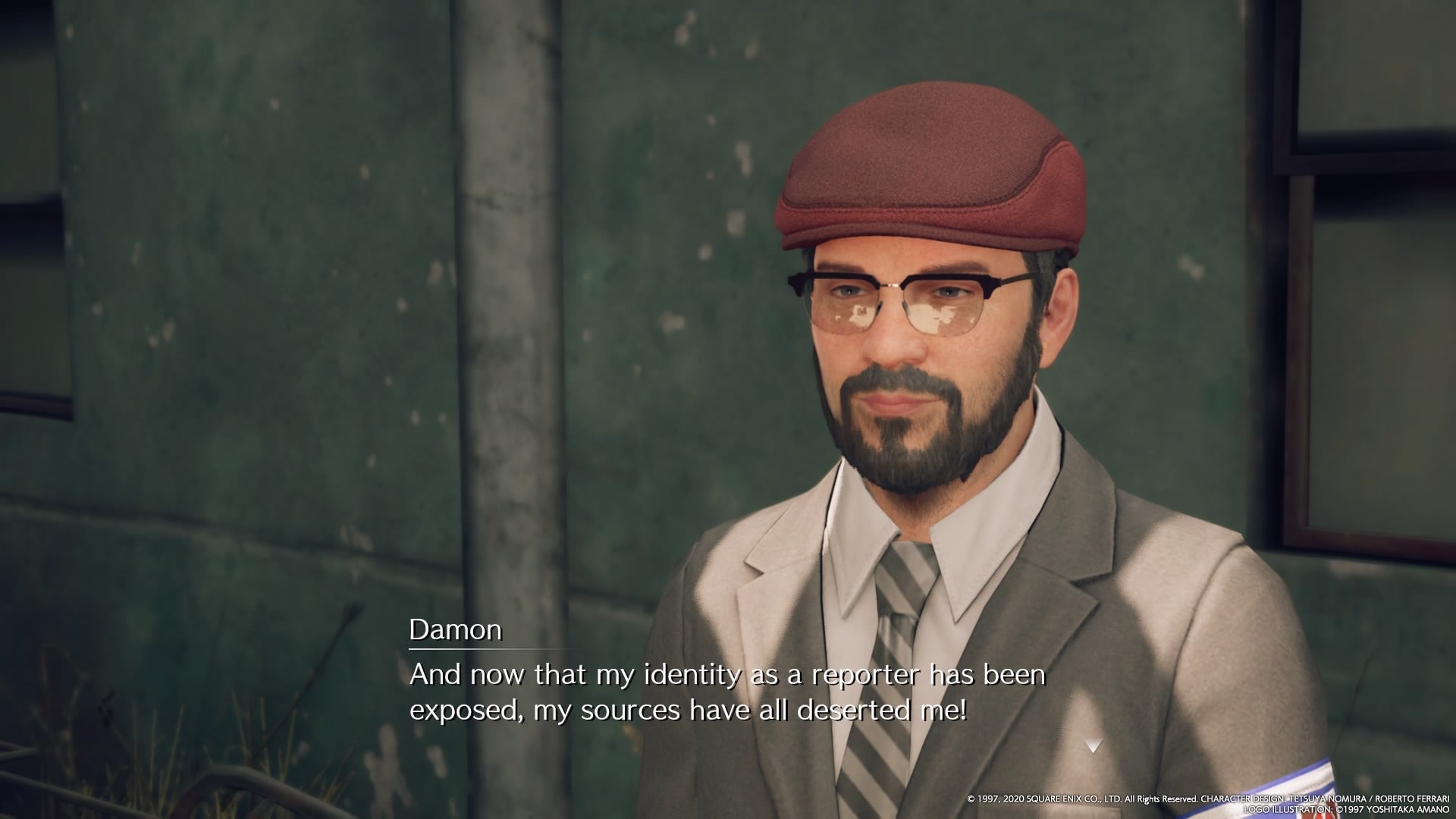 I honestly don’t care who Damon is or where Damon is from. Damon sucks. Fuck Damon.