A team from the University Museum of Bergen excavatd a site in Norway last month, and among the pots and glass they found there was also something a lot cooler: the remains of a board game dating back 1700 years.

In total they found 18 double-sided pieces, or tokens, and one die, which rather than being the squat, cube shape we’re used to was an elongated, skinny rod. 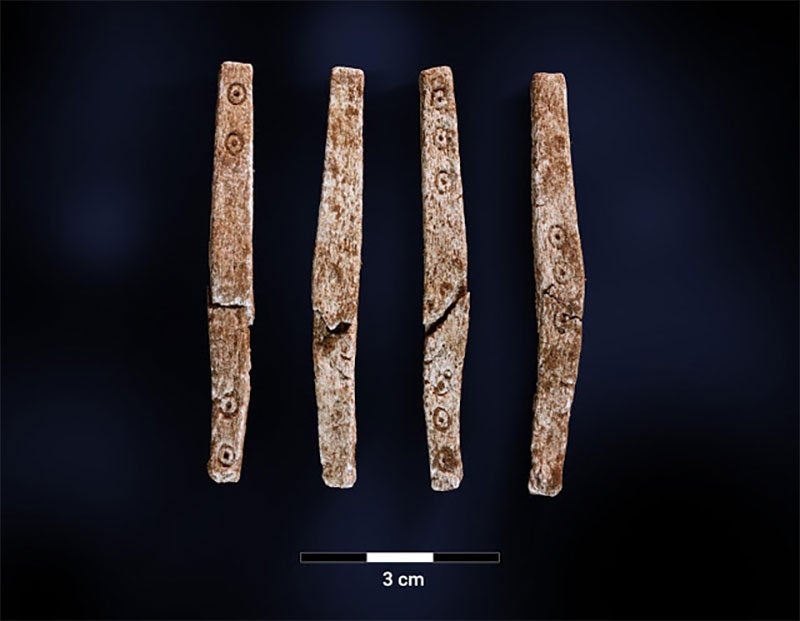 The four sides of the single dice found at the site. You can see numbers at each end of the “stick”. (Photo: University Museum of Bergen)

The game was found in an Early Iron Age grave cairn at Ytre Fosse, in Western Norway, and is thought to have been both inspired by the Roman game Ludus latrunculorum, while also serving as a predecessor of a more famous Viking age game Hnefatafl.

You can see all the pieces together in this little video put together by the university: