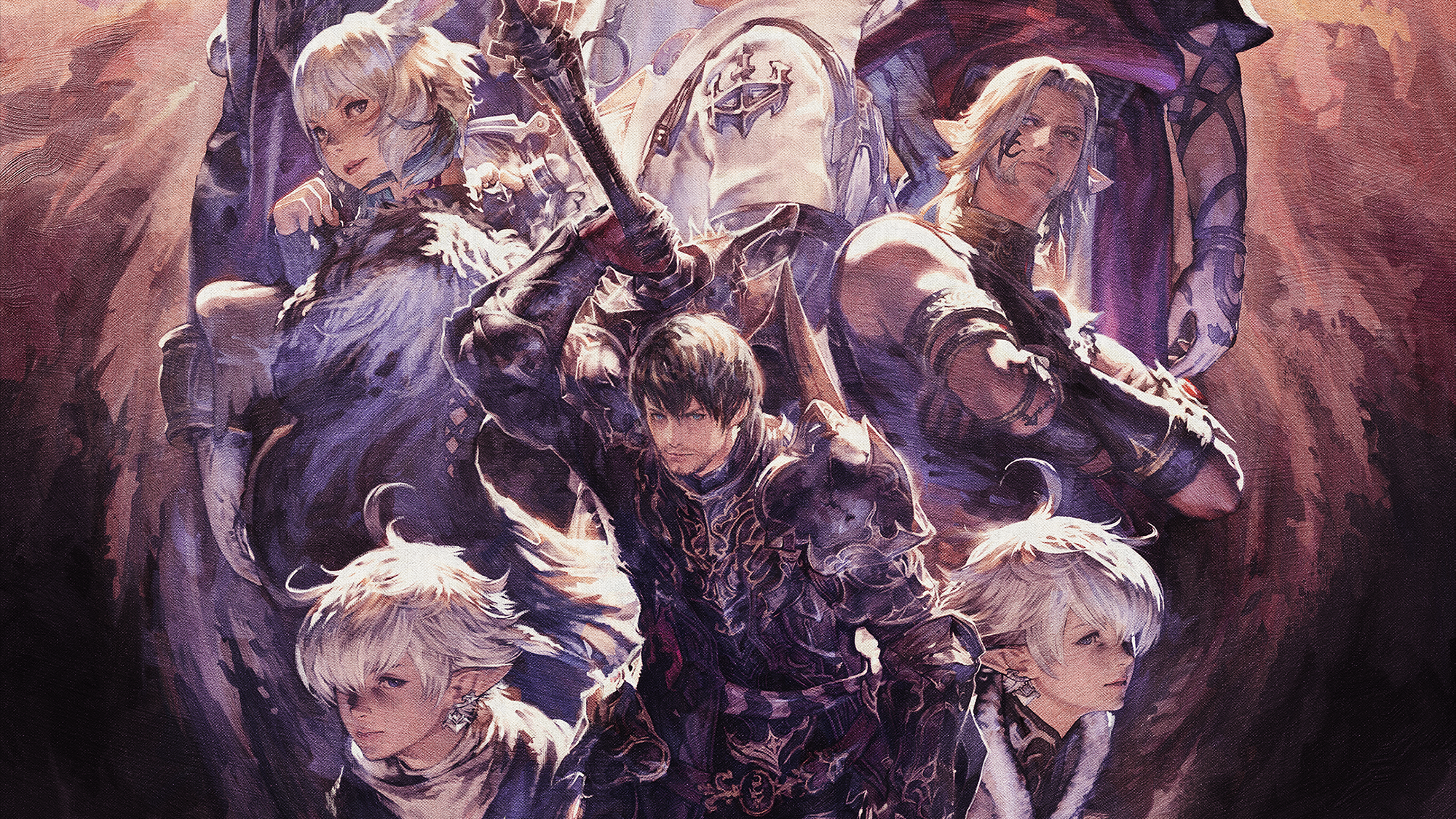 I’m finally ready to get into Final Fantasy XIV: A Realm Reborn by playing it’s free trial but the convoluted way the game handles its player accounts and various editions is making it that almost impossible.

Square Enix announced last week that Final Fantasy XIV would be going free for a limited on on PS4. Basically up through May 26 (tomorrow) you can download a new “Starter” edition of the game on PS4 that comes with a 30 day subscription to the MMORPG’s paid online service. Easy enough. I’ve heard from just about everyone who’s played XIV that it’s both an amazing game in its own right and arguably one of the best Final Fantasys of the modern era. After attempting to play the game in fits and starts over the past seven years, this seemed like the perfect opportunity to finally hop on the XIV airship for good.

I was wrong. When I went to download the Starter Edition from the PlayStation Store I ran into an error screen telling me I couldn’t because I already owned the Standard Edition. The base version of XIV has gone on sale at various points and several years back I must have bought one of them. I apparently only got as far as making a Square Enix account for it, but that’s been enough to lock me out of taking advantage of any of the game’s special trial periods that have been introduced since.

In 2017 a limited version of the game effectively went free-to-play up to level 35. Buying the game excludes me from that version, even though I don’t even have a character, let alone one that’s level 35. And the only way to play the version I do have is to buy another month’s subscription. That’s what I’d already planned on doing once XIV’s 5.3 patch adding to the latest expansion’s storyline and streamlining the main campaign released in the coming months. Maybe I’d feel better about just biting the bullet it and committing earlier if there weren’t all these free versions I’m locked out of still floating around. 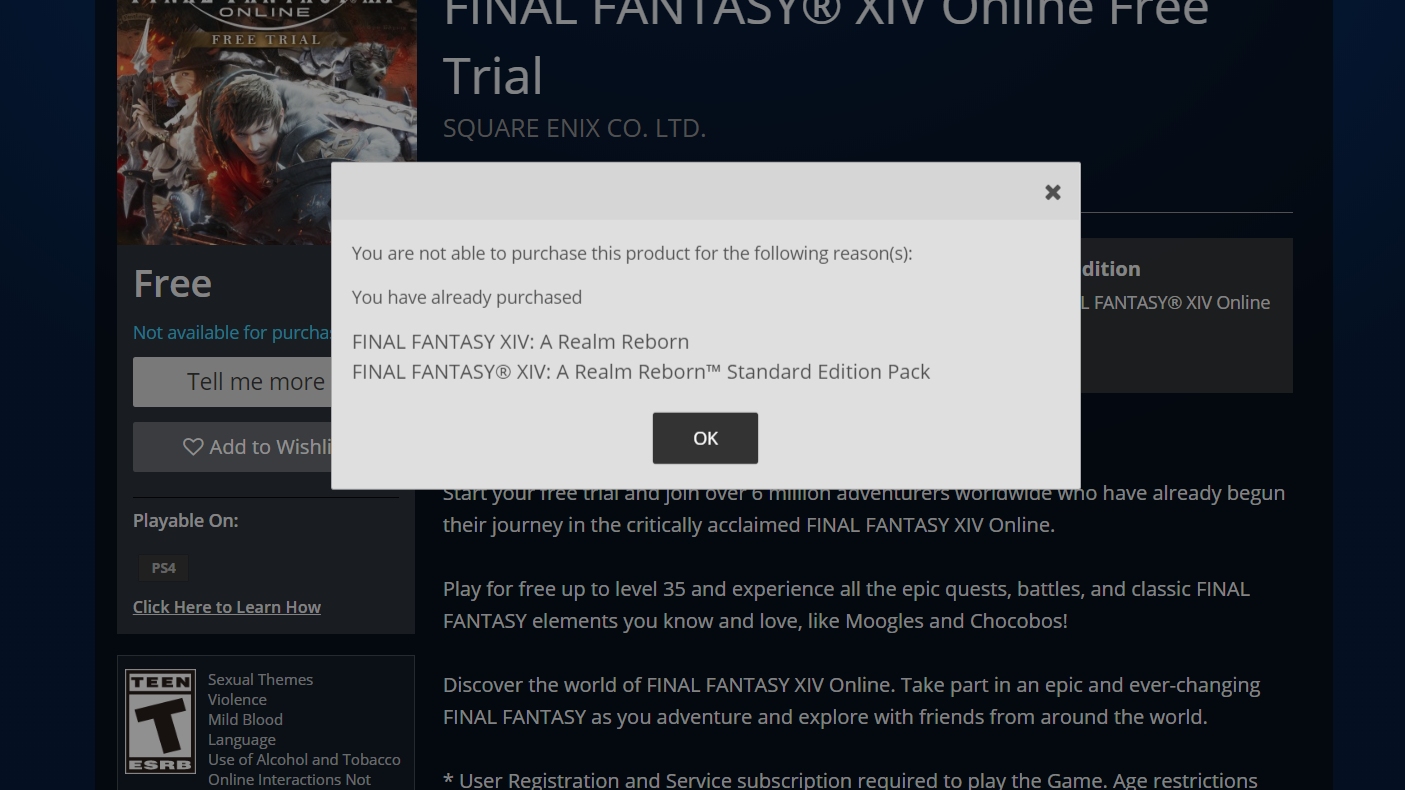 Instead I spent a fair bit of time over the weekend hunting for a workaround. The good news is I eventually found one. The bad news is that it required making a separate PlayStation account and using that to download the Starter Edition. That wasn’t easy either though. The first few extra accounts I tried failed because the PlayStation Store still recognised that one of the users on the PS4 had the licence for the actual game. It wasn’t until I deleted that account (my main one) and accessed the PlayStation Store from the website using my alt that I was finally able to download the Starter. At last: a new 30-day chance to try and fall in love with XIV.

This approach also required a new Square Enix account, but fortunately I was able to unearth the original one I’d used to play the game on PC back when A Realm Reborn first came out. It was registered to an old, obscure Gmail I haven’t used in years but had the good sense to forward to my main. It even has my old characters, though I decided to go ahead and make a new one anyway. And all of this only took a few hours of logging in and out of dozens of different accounts.

The current Starter Edition is free on PS4 until May 27 at 2:00 am AEST. If you miss it there’s always the free trial version. And maybe for the game’s next patch Square Enix can finally try to overhaul the entire convoluted system.