The project’s announcement on the r/originalxbox subreddit came from SoullessSentinel, a screen name of one Luke Usher. Usher is well known in the vintage Xbox community as the lead developer of Cxbx-Reloaded, arguably the most advanced PC-based emulator of the 2001 Xbox hardware. (Microsoft’s classic console has proven notoriously tricky to emulate over the years.)

While plenty of folks still enjoy their OG Xboxes, the console really lost something with Microsoft’s 2010 shuttering of the original Xbox Live. That closure stripped numerous multiplayer games of the ubiquitous matchmaking, leaderboards, community features, and online play that made the company’s subscription-based service such a platform-defining feature upon its November 2002 debut.

That’s what the Insignia project hopes to address. Insignia is a third-party reimplementation of the Xbox Live infrastructure that, if development goes to plan, will restore online services to growing numbers of vintage, Xbox Live-compatible Xbox games.

Xbox Live, of course, offered the most sophisticated online experience available during the sixth generation of video games, establishing many features we take for granted on consoles today (friends lists, messaging, voice chat, etc.) and easily surpassing PlayStation 2’s late, haphazard approach to online play and GameCube’s lack of interest in online anything. Live’s status as a premium, subscription-only service sparked some dismay around its late 2002 launch, but enough players took the leap, and enough games adopted internet multiplayer, that Live quickly became one of the Xbox platform’s signature strengths.

(Before going further, it’s important to note that Xbox Live and System Link are two separate game features. Some Xbox Live games did not support System Link, and vice-versa. PC-based tunnelling software like XLink Kai has enabled Internet-based multiplayer for Xbox System Link games for many years now, but never for games that rely solely on the defunct Xbox Live service.)

As a demonstration of Insignia’s progress, Usher shared a video depicting the creation of a new Xbox Live account via the Xbox’s system UI. It’s a cool trick, as this process has not been technically possible since the online service’s April 2010 closure. (In a cheeky touch, the video names the newly created account HiroProtagonist, the Gamertag of Xbox co-creator J Allard.)

“This is an independent project from Cxbx-Reloaded, mostly because we wanted to make sure it’s clear that we work on real hardware and not only via emulation,” Usher told Kotaku over email.

Insignia will work with normal, unmodded consoles, provided the user can perform a one-time process to retrieve their unit’s internal encryption keys. Long-existing Xbox soft-mod techniques, which require physical copies of exploitable games like Splinter Cell or MechAssault but do not necessarily alter the console’s hardware or operating system, should suffice for accomplishing this key retrieval.

Once that initial setup’s completed, Usher envisions a more or less vanilla Xbox Live experience, complete with matchmaking, voice chat, messaging, and almost everything else you might remember. (One exception would come in a lack of proprietary game DLC, which Insignia and its developers lack rights to distribute.) Anti-cheating measures are also in the works, as well as reporting and banning mechanisms for truly bad actors. 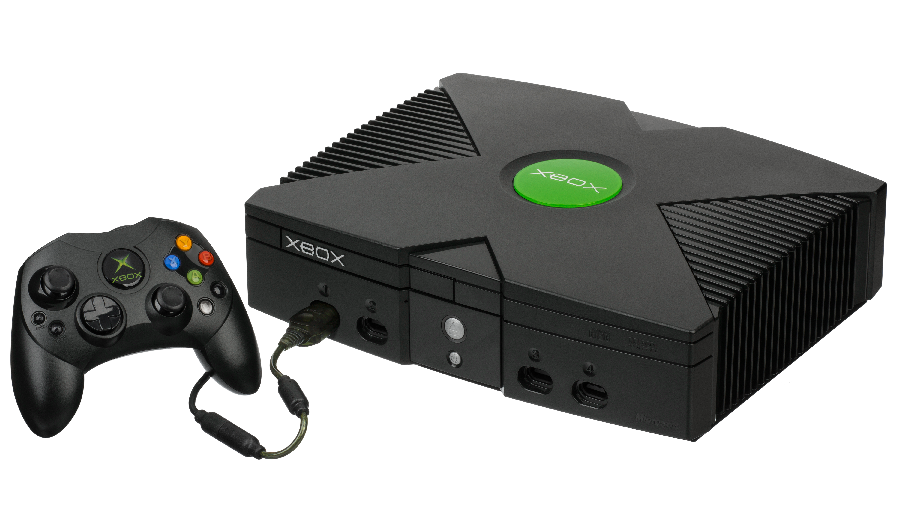 So, how does the thing actually work? Once installed, Insignia pulls off a DNS man-in-the-middle manoeuvre to redirect all of Xbox Live’s original server calls to new addresses that point to Insignia’s work-in-progress infrastructure.

Coming even this far was, in Usher’s words, “rather difficult and time-consuming,” taking approximately 8 months of development.

Xbox Live used the well-known Kerberos protocol for authentication, but like many components of the Xbox ecosystem, its take on Kerberos had various custom, undocumented additions that Usher had to suss out through painstaking testing and experimentation.

“No off-the-shelf Kerberos server was suitable,” said Usher. “We had to build our own domain controller server from scratch, using Kerberos RFC documents as a reference. After that point, we used emulation to help figure out how the custom additions worked.”

But documenting Xbox Live’s curious flavour of Kerberos was just the start.

“To complicate things further, Kerberos is only used for authentication,” said Usher. “All traffic goes through an entirely custom security gateway. Most of the effort so far has been in creating an implementation for this gateway. All traffic behind the gateway [is] HTTP based, so implementing account creation only took two days after having a working Kerberos and Security Gateway implementation.”

The current plan is for Insignia to be a centralised service run by Usher and associates. He believes keeping it centralised will prevent player populations from diluting across multiple third-party servers. And it will not be much of a bandwidth burden. “The server,” he noted, “is used for authentication, matchmaking, storing friends lists, etc. but actual game traffic is usually P2P between Xboxes, so the requirements for our server are pretty low.”

Due in part to his desire to keep Insignia centralised, Usher won’t be open-sourcing the code right away, if at all. In fact, he’s currently the sole developer. However, he’s safeguarding the source with “certain trusted individuals, so [Insignia] can be continued or revived in the event of us being no longer able to work on it.”

Once it’s up and running, the initial Insignia service will likely restore Xbox Live online services to a majority of Xbox Live-compatible games which do not rely on additional, third-party servers to function. But others, like certain EA Sports games, or the four-player Diablo-like Phantasy Star Online, will require additional work from Usher and outside contributors to reverse-engineer and simulate their custom servers.

How Microsoft will react to Insignia’s reimplementation of Xbox Live isn’t yet known, but Usher claims to be taking a completely clean-room approach to developing Insignia. This means he’s reverse engineering how Xbox Live’s servers and protocols function without using any proprietary information owned by Microsoft, as getting caught using proprietary material would be a surefire way to draw the ire of Microsoft’s infamous lawyers.

“We are hoping that our decision not to share copyrighted [DLC] on our network and to avoid using any Microsoft branding or trademarks will ensure that Microsoft is aware we don’t intend to infringe on their rights,” said Usher. “We also have made the decision not to support Xbox 360 consoles for as long as the official Microsoft server is active. We don’t want to step on anyone’s toes or cause them any loss of revenue.

“We’re also optimistic because Microsoft [is] aware of, but have not taken action against, open-source Windows implementations, such as Wine and ReactOS.”

Which leads to why Usher’s decided to announce Insignia’s existence now, rather than waiting until it’s further along. Sure, the account-creation video is tantalising, but there’s nothing for the public to play or even test yet. Why now?

“​Part of the reason we announced so early is we have recently seen rumours of a new data leak of original Xbox source code,” Usher said. “We are aware that if we suddenly announced the project in a few months’ time, people would jump to conclusions and assume we made use of such things.”

Indeed, barely two hours after Usher wrote those words, The Verge filed a story reporting that leaked Xbox and Windows NT 3.5 source code is circulating online. That’s exactly the sort of proprietary, Microsoft-owned material that could torpedo a project found to have used it.

“We wanted to make it clear that this project doesn’t make use of leaked material, and one method to do so was to prove we’ve had some functional parts since before it was circulating,” said Usher. “This project has been in active development for the past 8 months, and research was being carried out sporadically across the 2-3 years prior to this.

“I must stress that we CANNOT and WILL NOT and MUST NOT even look at such leaks. Just seeing any official Microsoft code is reason enough for the project to be legally attacked, so, please keep this and anything that comes from it away from us and our network.”

Which way the legal winds will blow remains to be seen, but here’s hoping Usher’s able to shepherd Insignia to release and it succeeds in restoring online services to a generation of classic multiplayer Xbox games. While it would be great fun to play these games online again, projects like Insignia also function as an important form of preservation, making this work as crucial to game historians as to early-aughts college kids looking to relive past Halo 2 glories.

Insignia will soon enter a period of private beta testing, with a projected release window, if all goes well, sometime in spring 2020.